It was a really nice night, with a steady wind and a cool breeze coming through our windows. In fact, it was only 12°C when we got going that morning. We headed east out of Admont, following the same route that the bus took us on the previous day. We passed our dessert spot from yesterday (yum!) and kept on going. Last night’s research had indicated that there were some excellent motorcycle roads east of us and we were about to find out if is was true.

The road (Route 24) crossed over Wildalpen Pass and it was glorious. Not the pass itself, but just the road. It was desolate, in good condition, and had a constant flow of curves. Hours of nothing but roads and forests and infrequent villages. It was a very good start to the morning. 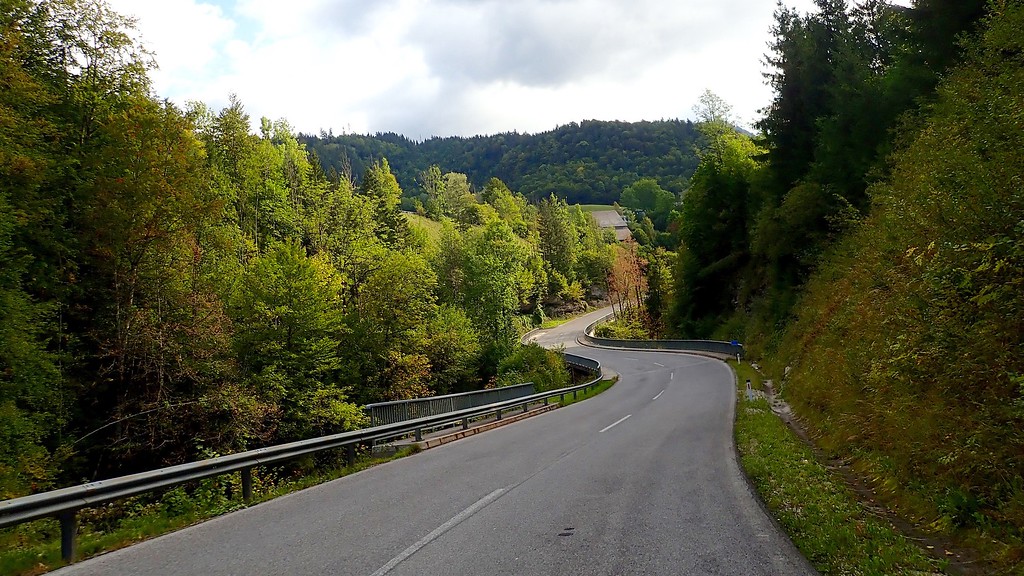 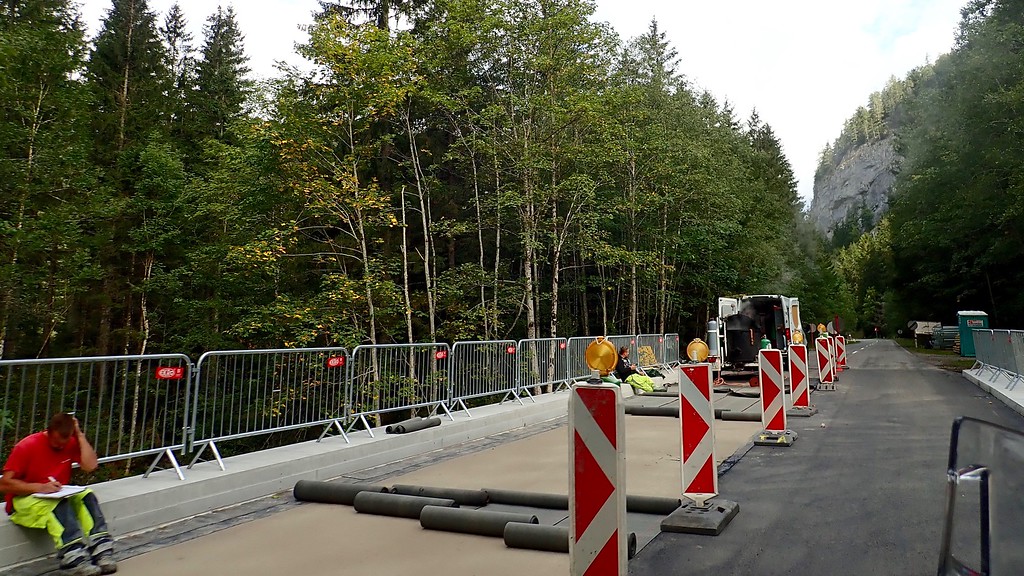 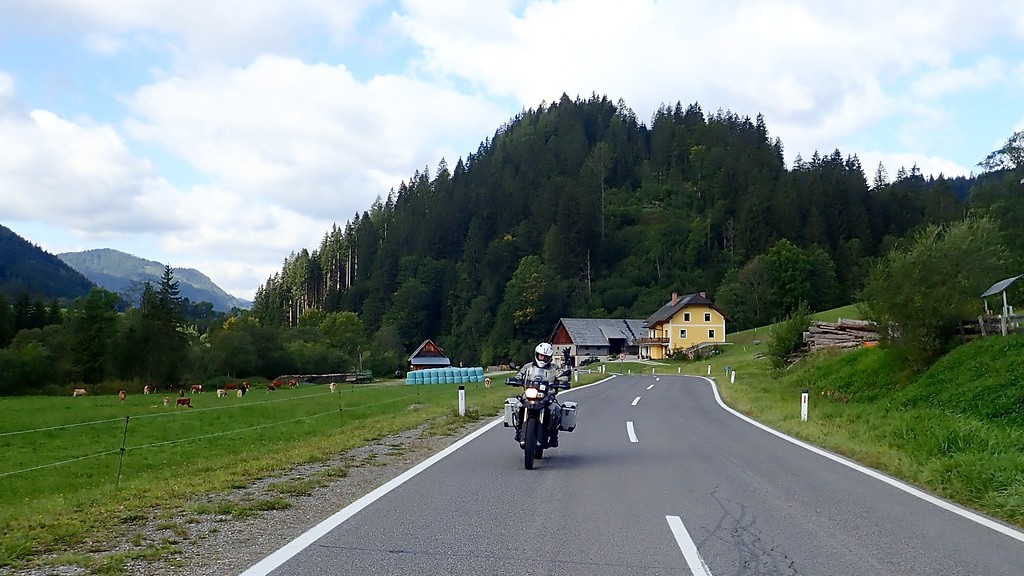 At the end of the mountains were the plains. The windy, desolate plains. We skirted the outskirts of Vienna, careful to avoid as much city traffic as possible. The goal was to cross the Danube and into Slovakia while avoiding the big cities. This meant a slight deviation to avoid Bratislava – and a bonus ferry ride! 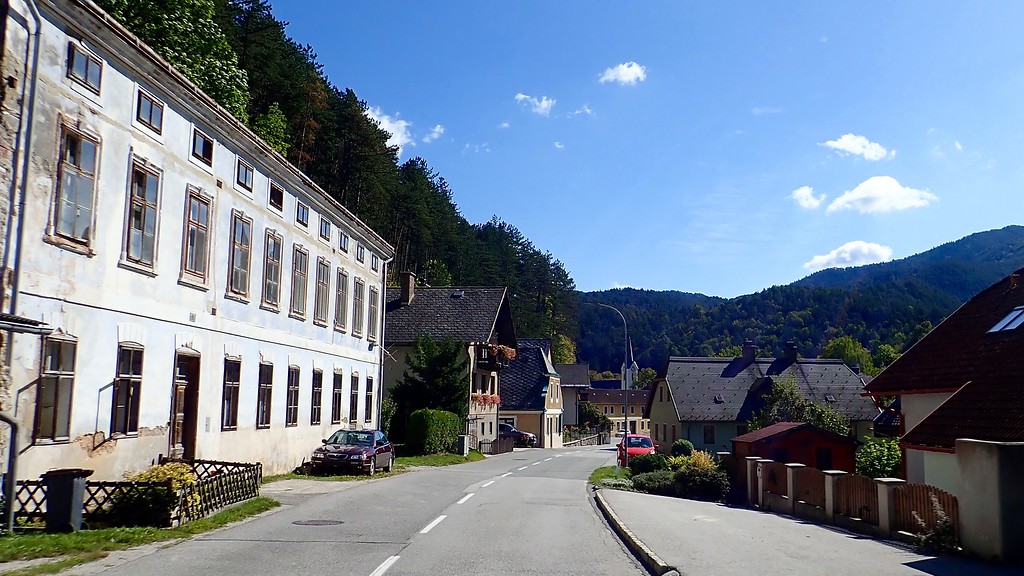 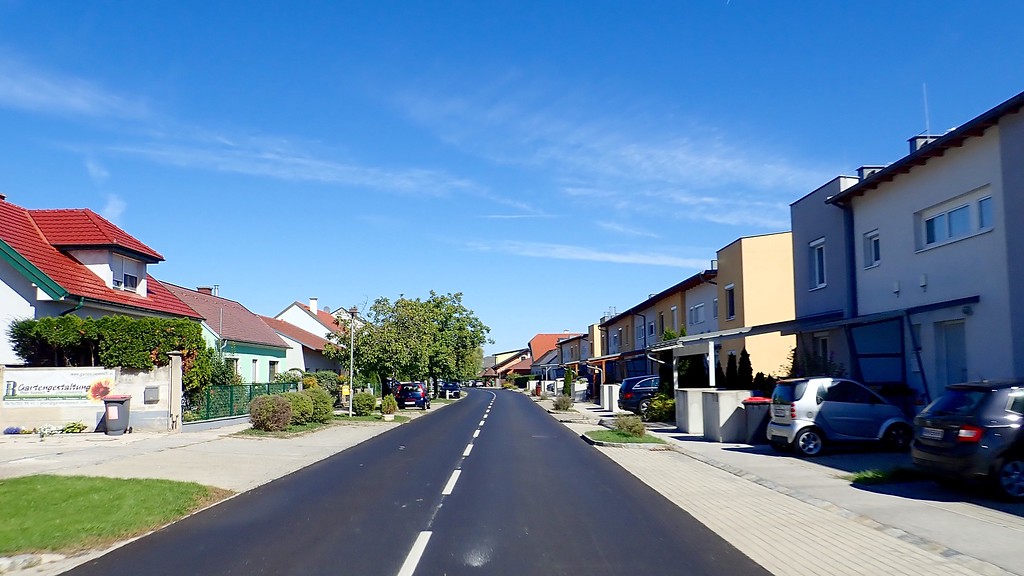 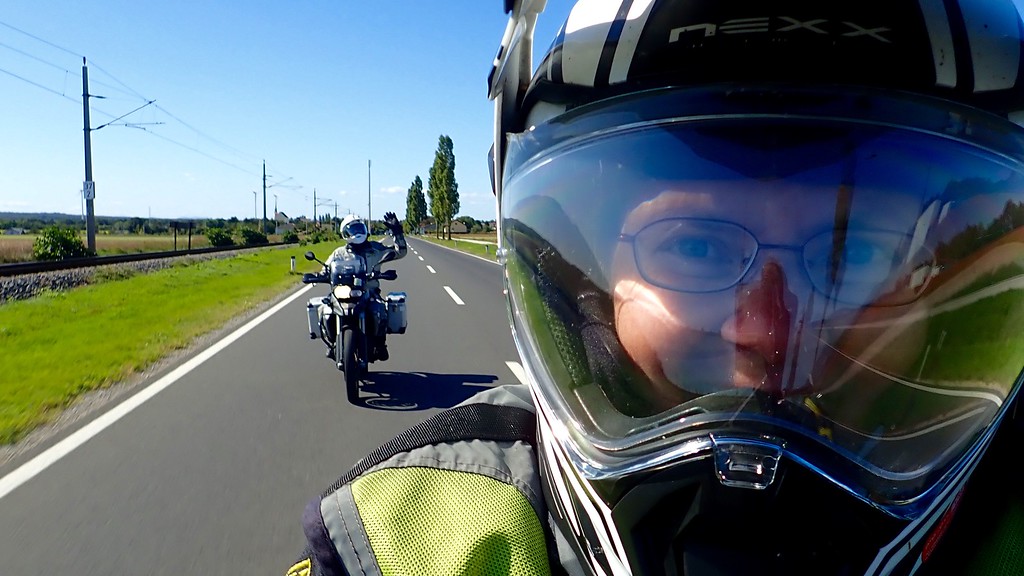 Harnesses some of that wind!

The crossing of the Danube was over a large, marginally-designed bridge, and then we skirted the Austrian/Slovakian border, generally following the Morava River.

Later, when looking at GoogleMaps I noticed the peculiar way that towns were laid out in this region. There were nothing but rectangular farms and then tiny towns blocked into the spaces between.

Bridge over the Danube 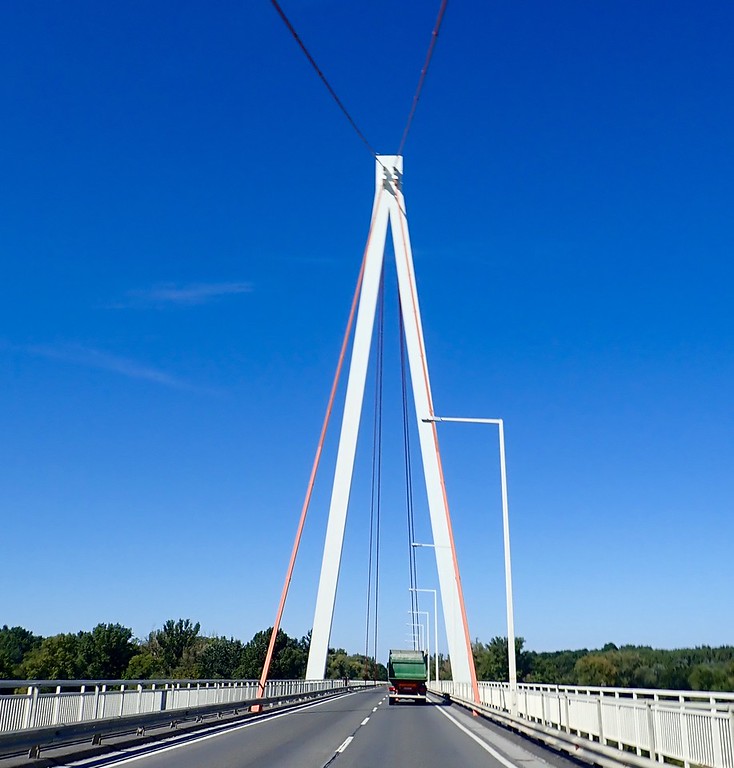 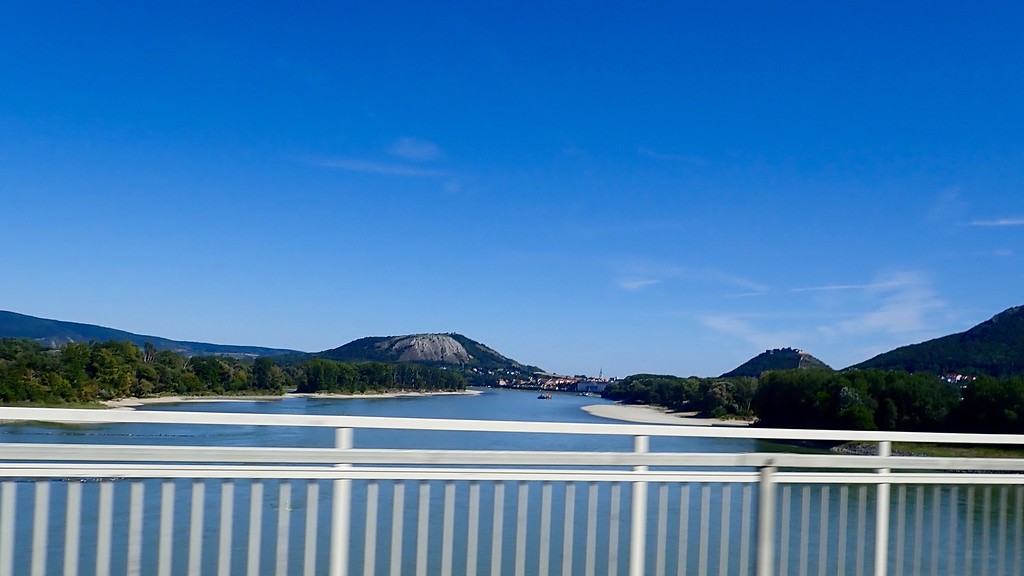 At the town of Angern an der March we found the ferry landing and took our place. Except that no else seemed to notice the lines painted on the ground and proceeded to pull around us to wait even closer to the ferry landing. Well, whatever. We’d fit the bikes on anyway.

The ferry itself was tiny, just as the crossing itself was short. It seemed strange that a bridge hadn’t been built already, but for €2 per bike, I guess it was still cheaper to run the ferry than to invest in infrastructure to span the river. Besides, who doesn’t love a ferry? 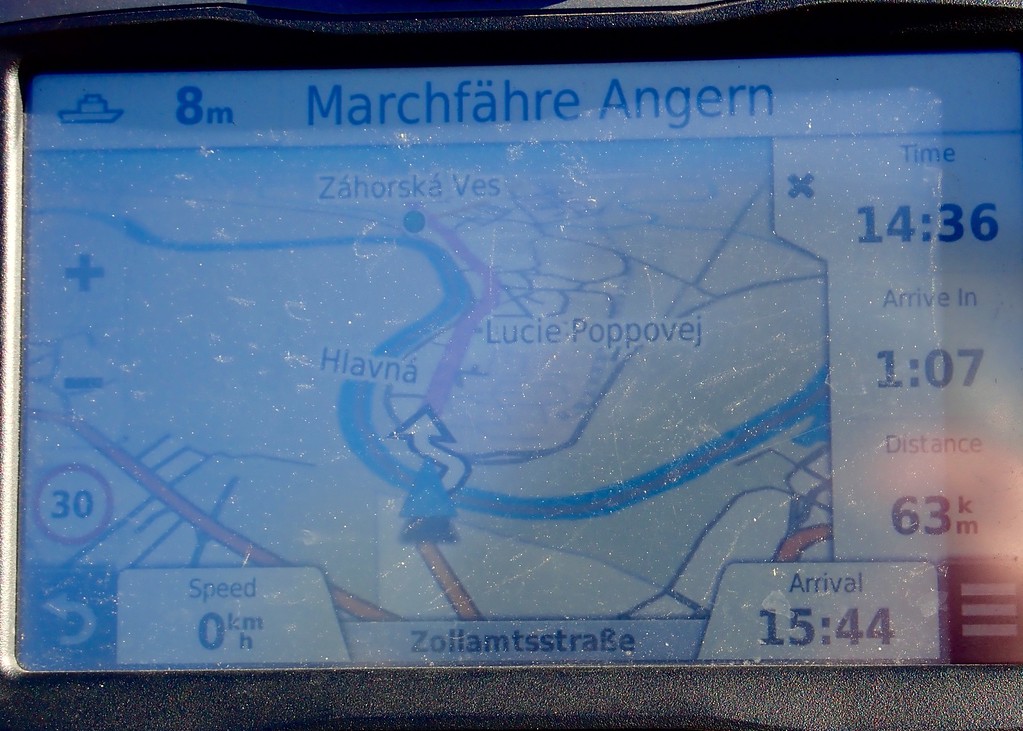 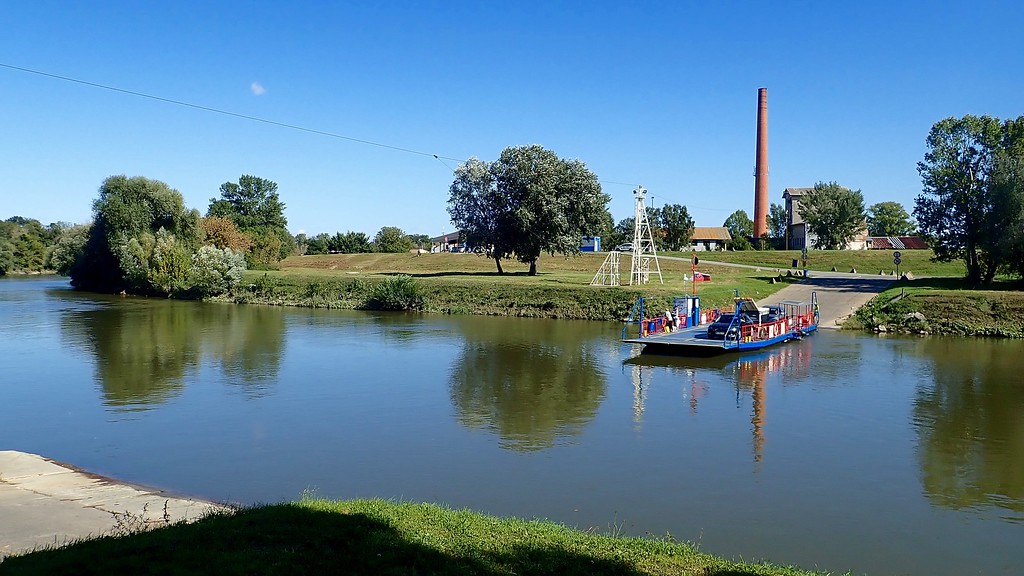 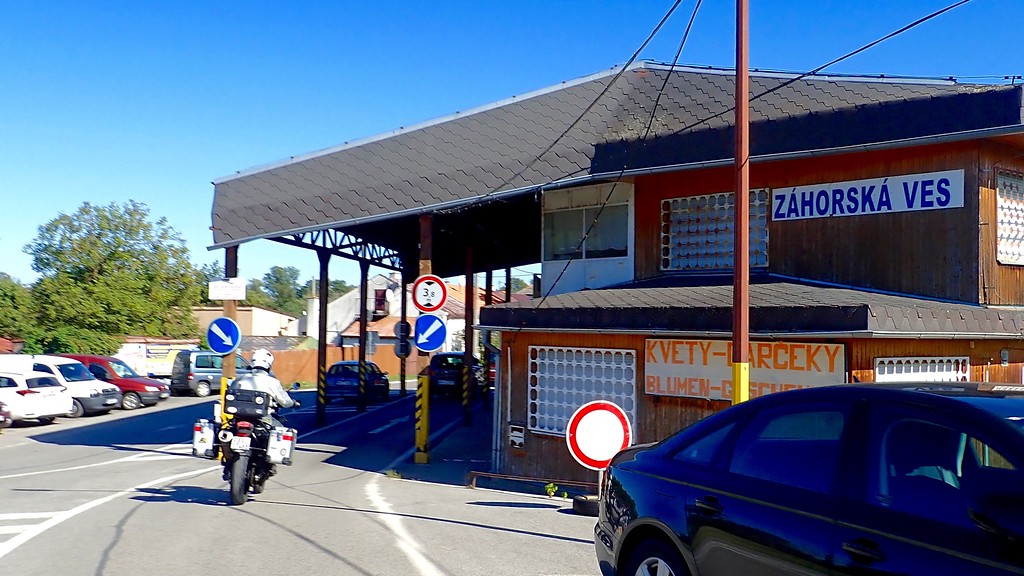 Traffic picked up immediately once we crossed into Slovakia and we slogged our way east to the elevated rise on the horizon that was “Malé Karpaty” (Little Carpathians). 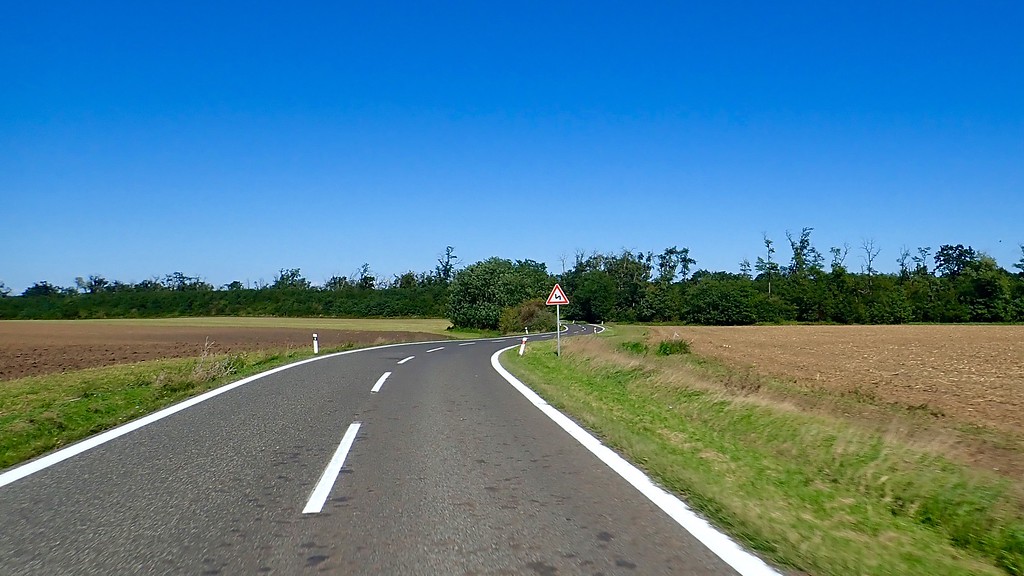 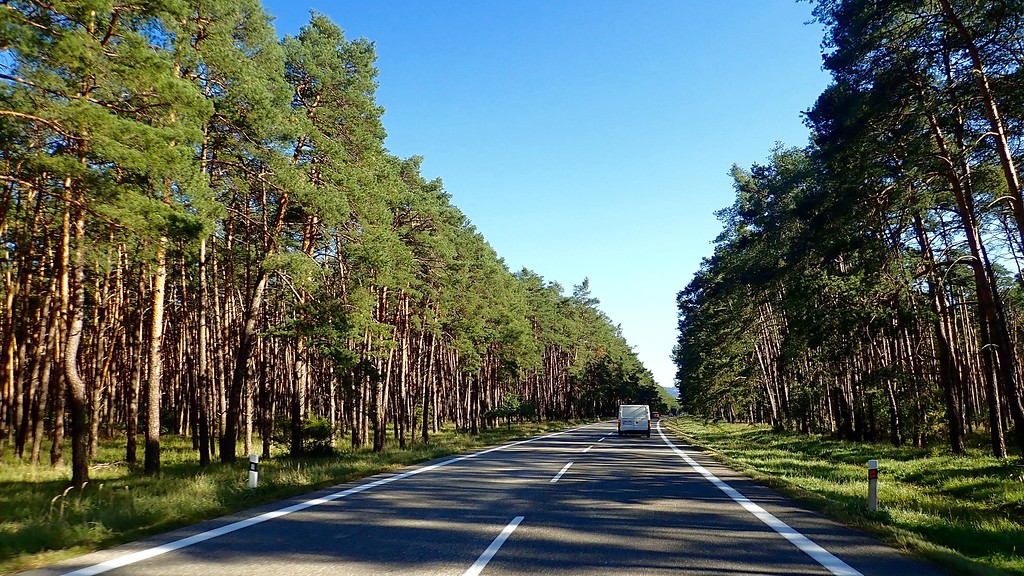 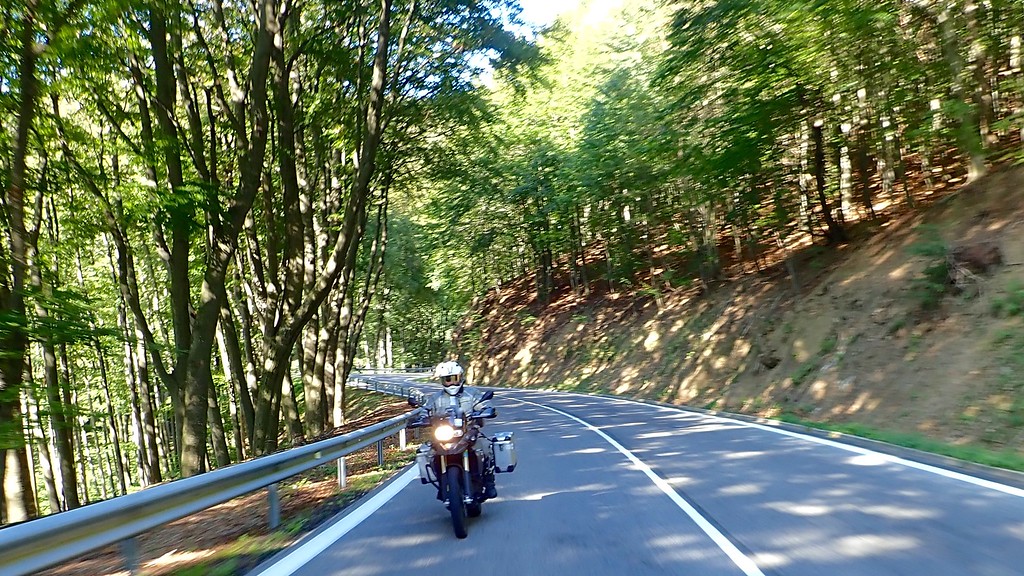 Contrary to the previous photos, the traffic through the mountains pretty thick and full of crazy passes by on-coming traffic – and a few of our own.

As we dropped down out of the mountains we stopped at a Tesco grocery store to pick up some ingredients (pasta) for tonight’s dinner. After that, it was a quick ride along the mountains to the town of Častá where our night’s accommodations awaited. 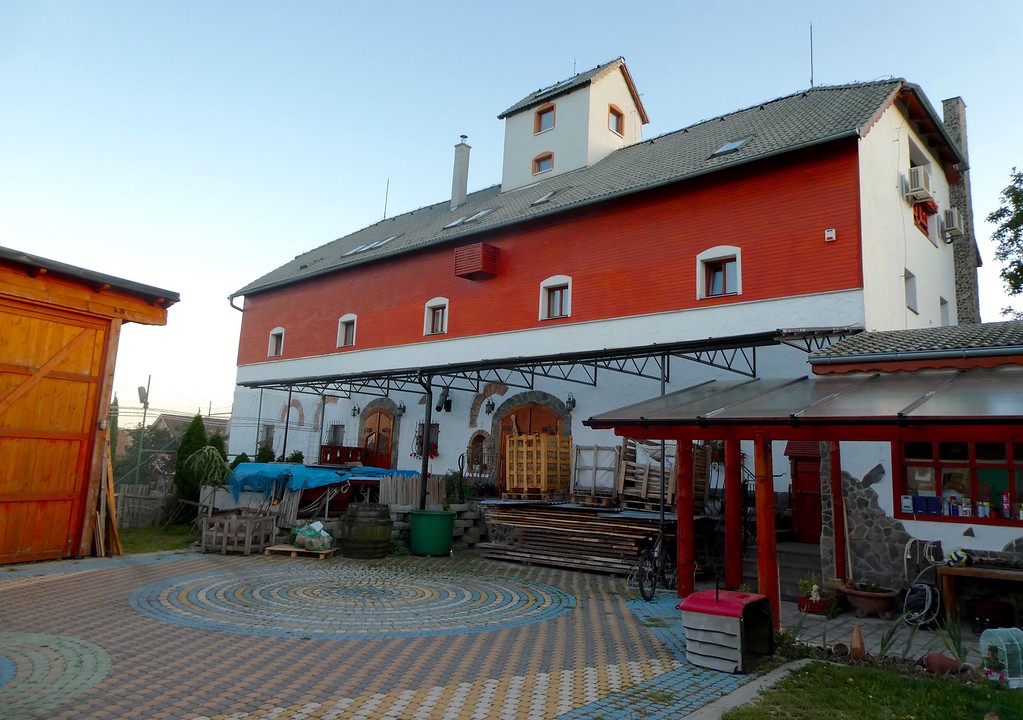 Our accommodations were based in an ancient granary, a building that once supported Červený Kameň, the local castle. A local family had recently bought the property and renovated it, with excellent results. 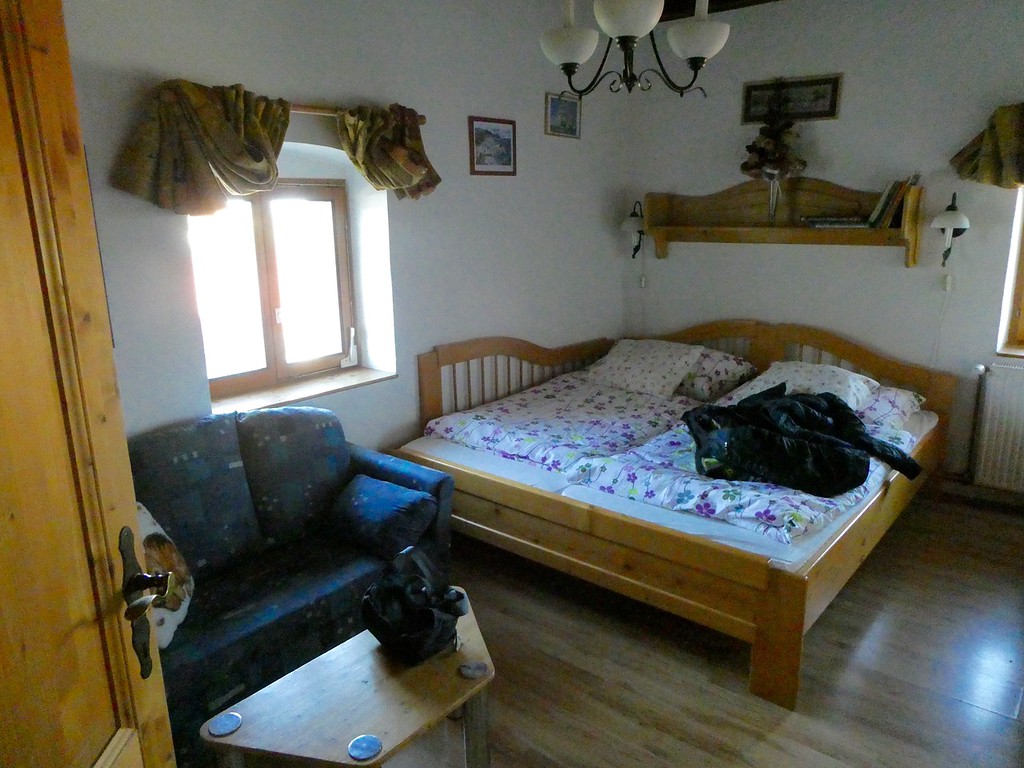 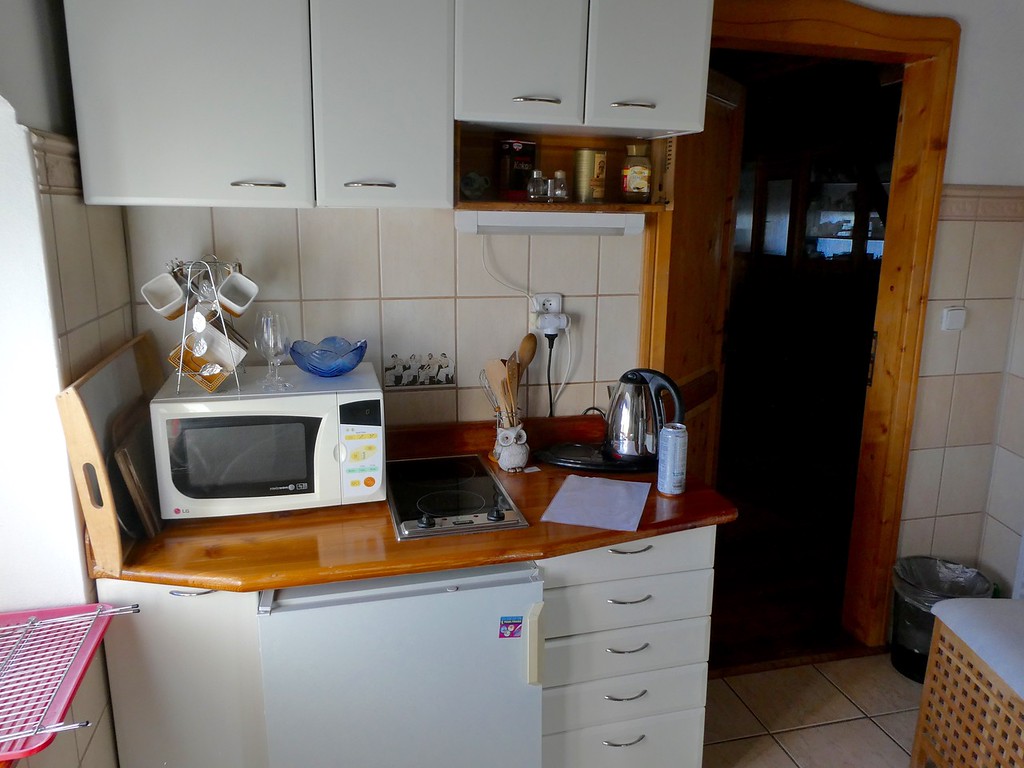 After unloading the bikes we decided to explore what little of the town that was accessible to us. Our location was was on the outskirts of Častá and there wasn’t much nearby. However, I did note something unusual in the way that the houses were built here. It was typical for each house to have a large garage-type door with a smaller door within, and two windows. Some houses even had three windows! But the really interesting point was that there was never a dedicated front door. 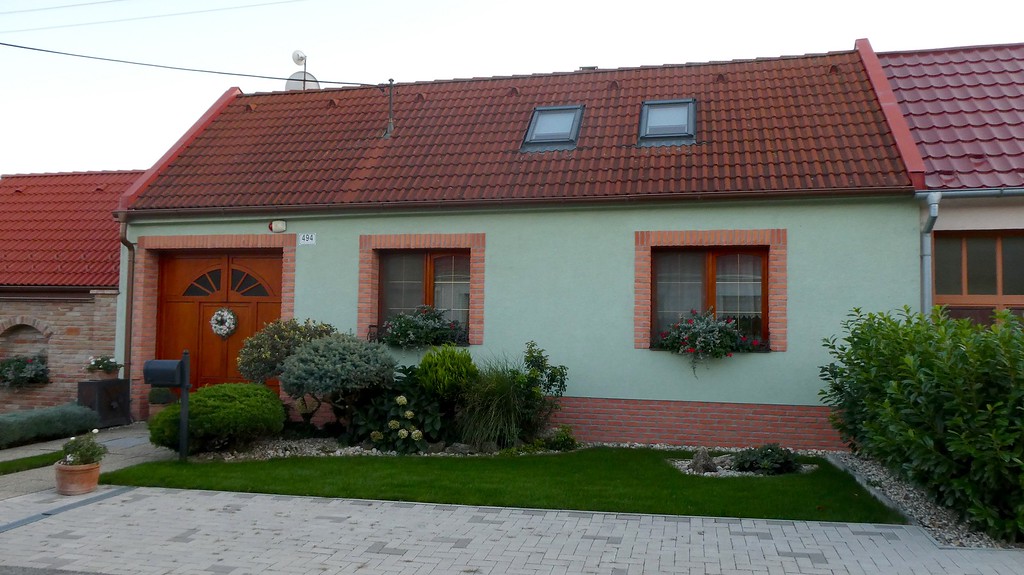 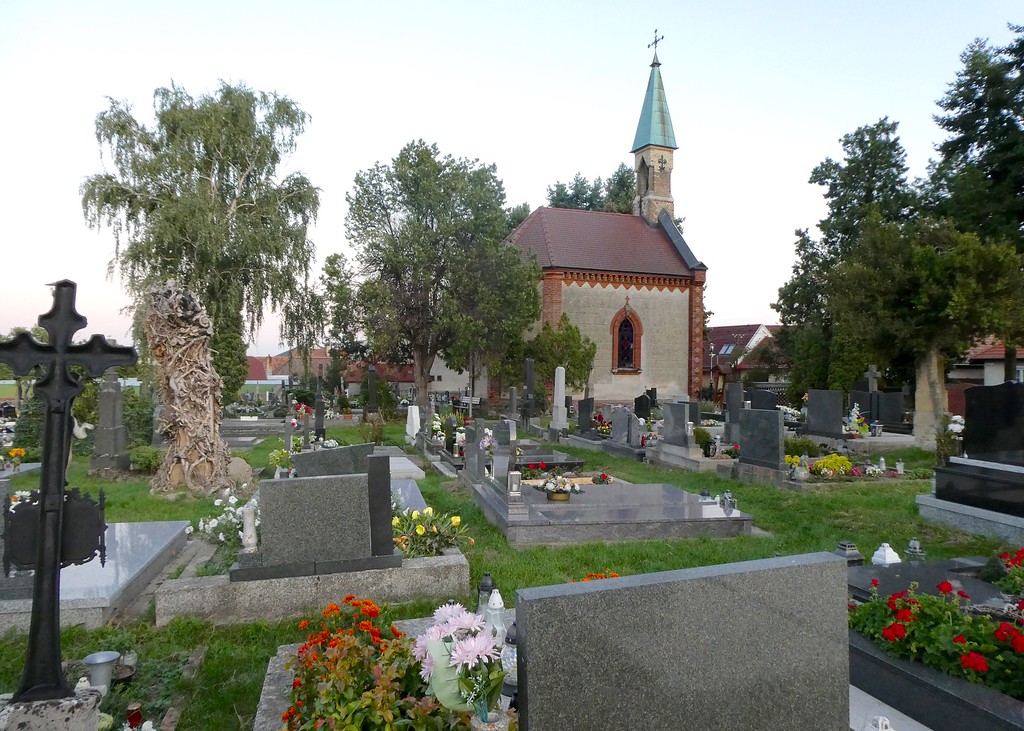 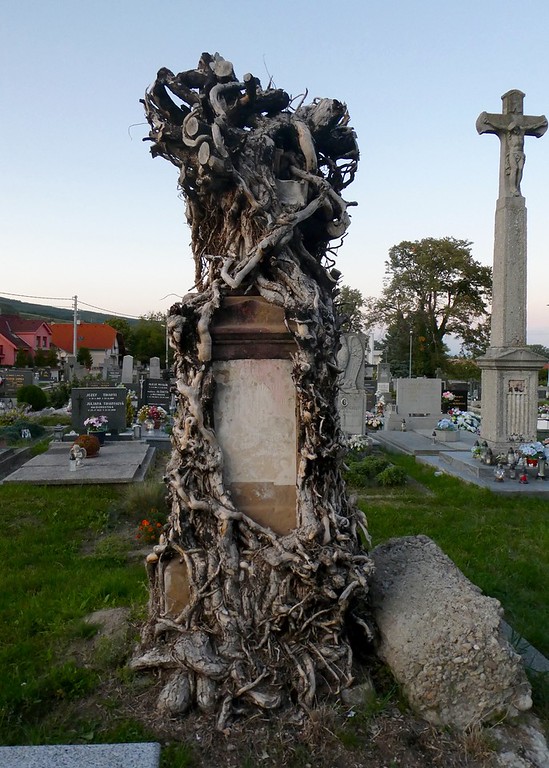 Dan made dinner in the kitchen and more planning for tomorrow. It was a really comfortable room and it was a great night.