This page is dedicated to various motorcycles I’ve had and the various packing jobs done on them. After all, your motorcycle can be more than just fun 🙂

Sometimes I feel bad for the KLR. I bought it for a Grand Adventure to the Arctic Ocean (which it completed with aplomb) and even took it to the unknown wilds of Mexico, asking it to go where even I feared to go. But now I’m back in Seattle, with few adventures that call for the KLR’s special talent of winding along narrow dirt paths or bumping heavily over rutted roads. No, the worse that the KLR sees these days is Seattle traffic and potholes. To this end, I’ve probably embarrassed the KLR. It will probably throw me off the saddle the next time I do take it on a dirt road, just to teach me a lesson. How bad could it be for the KLR? Just take a look at some of the things I’ve packed on this Green Mule. 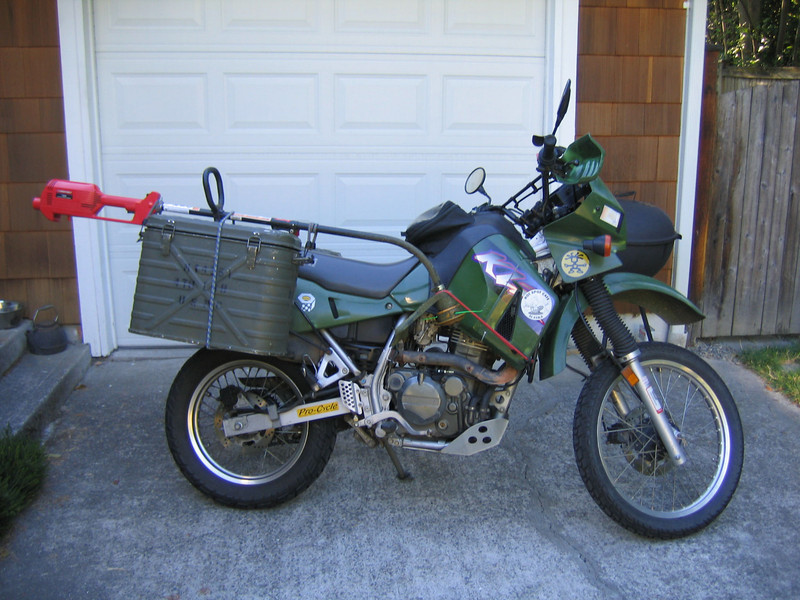 Sharing yard tools means that they can’t always stay in the garage. Here I am returning a weed whacker to my co-worker. 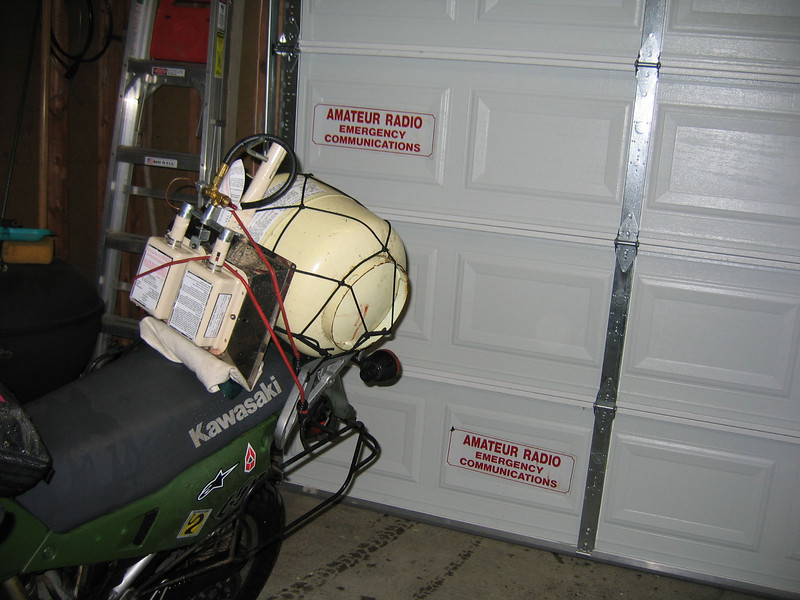 I bought a propane heater (and tank) from someone on craigslist. He wondered how I’d get it home that night. In the rain. In rush hour traffic. Thanksgiving feast! I stopped at the store the day before Thanksgiving to pick up “a few things” for dinner at a friends. I managed to pack this all into the cans and tank bag of the KLR. Other shoppers were impressed. I even had someone follow me out to the bike just to see if I could do it.

A different weed whacker this time, but I couldn’t stop there. I had stopped at a “junk store” on the way home and had to have the hedge trimmer, the white board and the push broom.

Brand new hedge trimmer and some stuff from work

Coming home from the store…what’s inside?

Taking a cat tree to a friend

My own personal Olympic Torch Ride 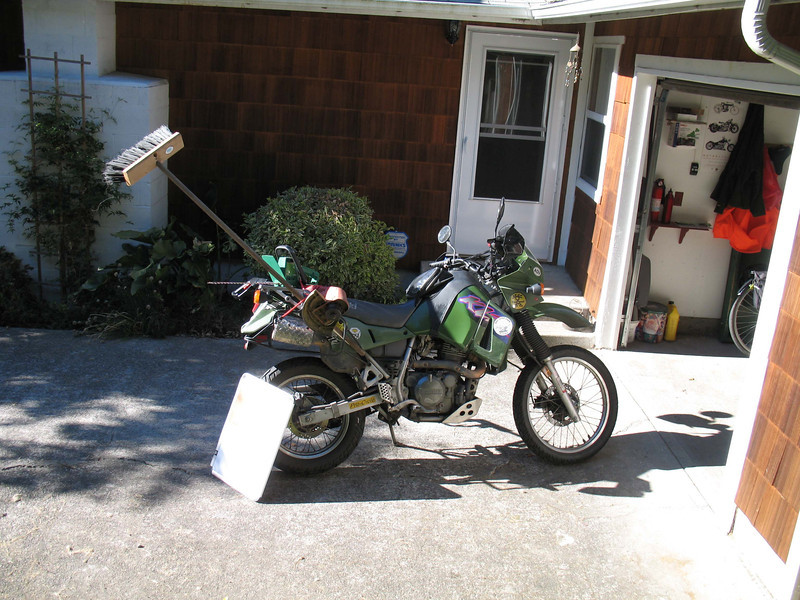 You can’t have Extreme Ironing without an ironing board!

Now I can honestly say that my bike’s carried just about everything, including the kitchen sink…

And then I took up ice hockey 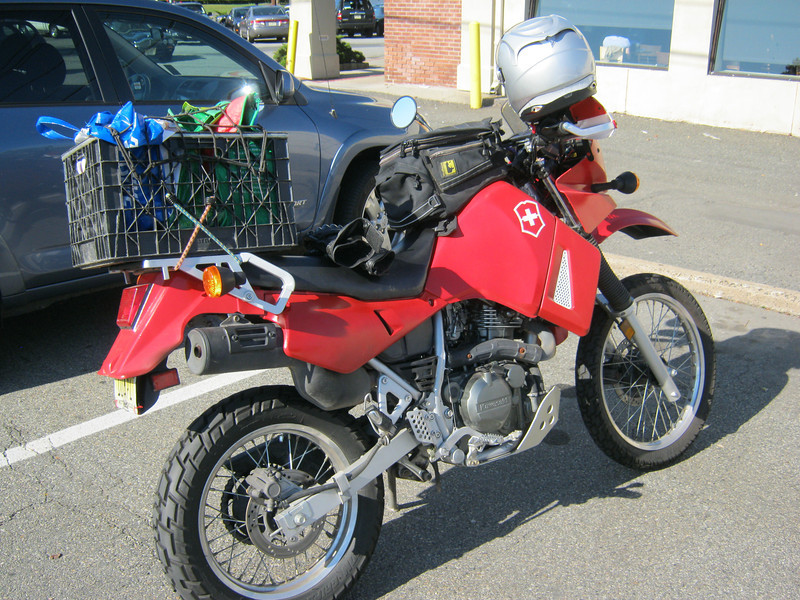 A quick trip to the store

And the other bikes…I still have to gather up the photos, but here’s one at least!