After a night of heavy rain, the sun rose at 5 o’clock. The power came on at 6 o’clock, and the alarm went off at 7:15. Our group’s departure was staggered, as we each had individual flights to catch to our destinations. Milan and Georg had left at 7 o’clock, as they had the earliest flight of the day.

The rest of us enjoyed a nice breakfast at 8 o’clock, after which Hana and David left, taking Tom with them. And then our taxi came to get Jonathan, Dan, and I to the Kruger Mpumalanga International Airport, about 45 minutes away. Our driver, Raymond, was very personable and talkative on the drive, and gave us some parting information about the land we were traveling through.

After this tree species is harvested, it grows back from the stump

Raymond dropped us off at the airport, unloaded our bags and we were immediately greeted by someone with a baggage cart. Normally when we travel I would decline any assistance, but between his insistence to help and my need for his help (having four bags to carry was not easy), I let him load the bags on the cart and followed him in to the airport. It was a surprisingly nice airport.

We had some time to kill so Dan and I wandered the shops and ended up finding Jonathan down at the bar. We ordered (surprise!) Wimpy’s for an early lunch.

Our flight boarded and we settled in for the two and a half hour flight across the country. Dan took the window seat, but I looked over his shoulder once in a while. 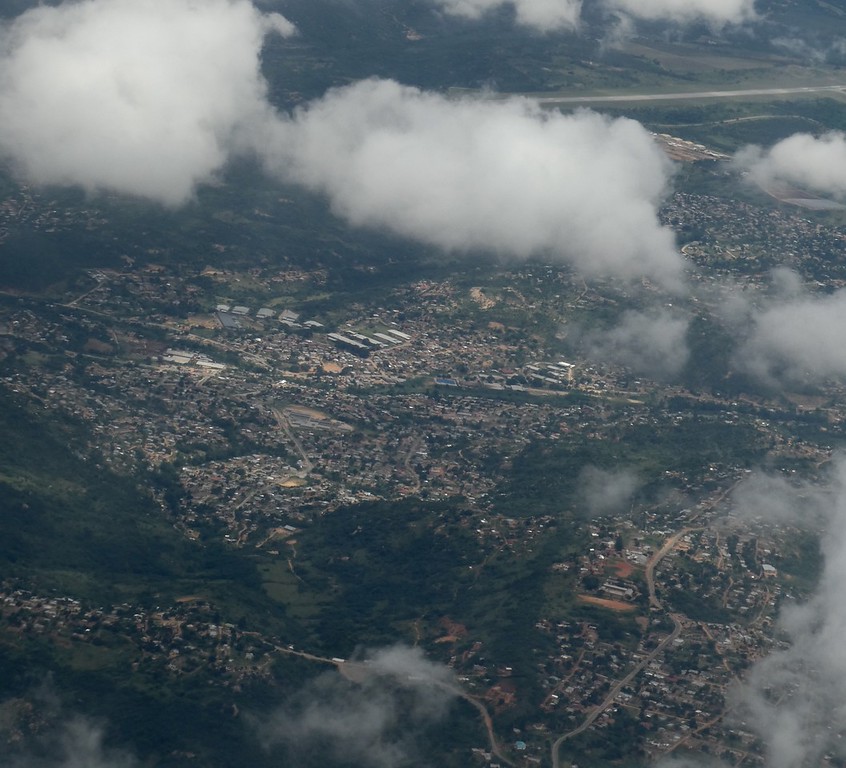 Getting close to Cape Town 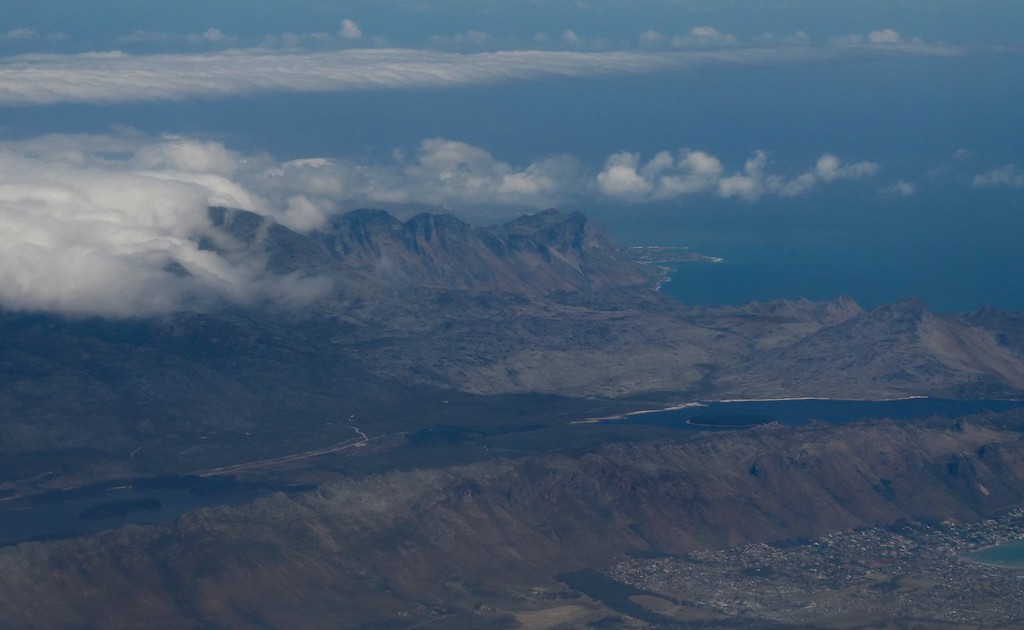 Dan called an Uber to bring us from the airport to our BnB, the Markotter, for the next two nights. We would not be going back to Cape Town, but to a suburb town called Bellville. I knew nothing about this place and chose it primarily on proximity to the airport and good reviews. Our host Louise even asked me what my expectations were because, as she put it, “there is nothing here”. I appreciated her frankness but frankly, this is what I was looking for. Regardless of Dan’s accident, I had been looking forward to a full day of doing nothing but relaxing, repacking the bags and taking a break before we made the long flight home. It was mid-afternoon when we arrived and we immediately dumped our bags and got settled in.

What we had was perfect: a nice comfortable living area with couches to stretch out on, a big bedroom to scatter our belongings, a quiet pool and yard to relax in. There was a Pick n Pay just a few blocks away that we could walk to in order to get ingredients for our meals. The neighborhood was interesting in that it was a middle class area, but the defenses were strong. Fences, gates, signs for alarm systems…it gave the impression that robbery attempts happened regularly. Dan and I did not feel unsafe walking around, but we also made sure to go out only during the day.

It was a great night’s sleep and now we had a full day to do nothing. We did find a wonderful cafe (Boston Coffee) near the Pick n Pay where we had a tasty brunch before picking up some more snacks at the store. And then it was back to the pool!

With our flight early the next morning, I repacked our bags the night before. With the absence of Dan’s helmet (and a bit of packing magic) I was able to get our stuff down from four bags to three bags. This would make things much more manageable, since Dan wasn’t able to carry anything.

On Tuesday we took another Uber back to the airport, dropped off two of the bags and made our way to the gate. We got the last South African stamp in our passports of this trip. Next stop: Switzerland! 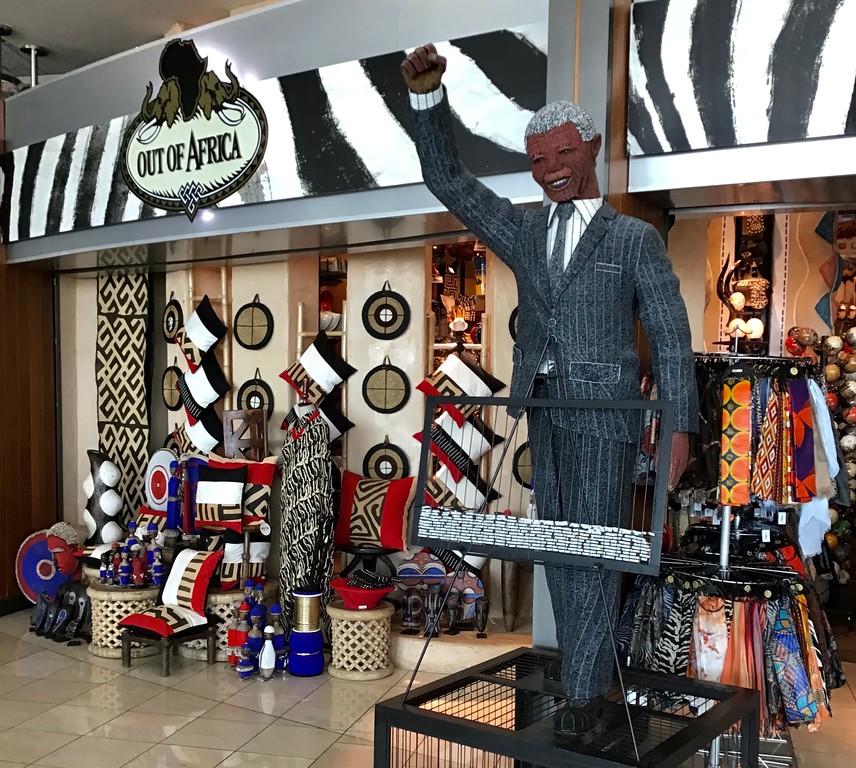 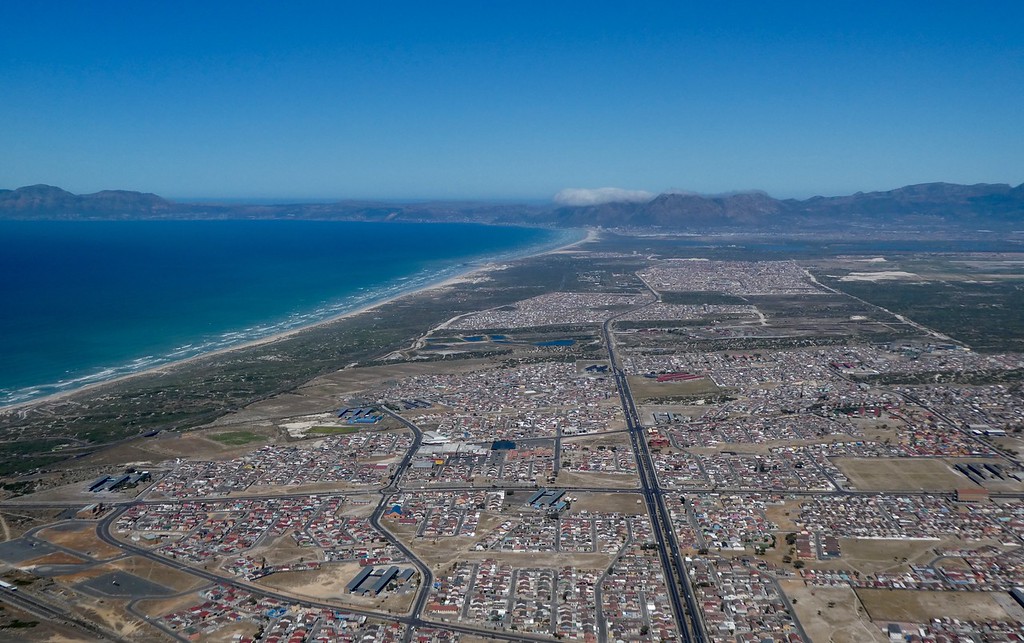 Somewhere near the Sahara 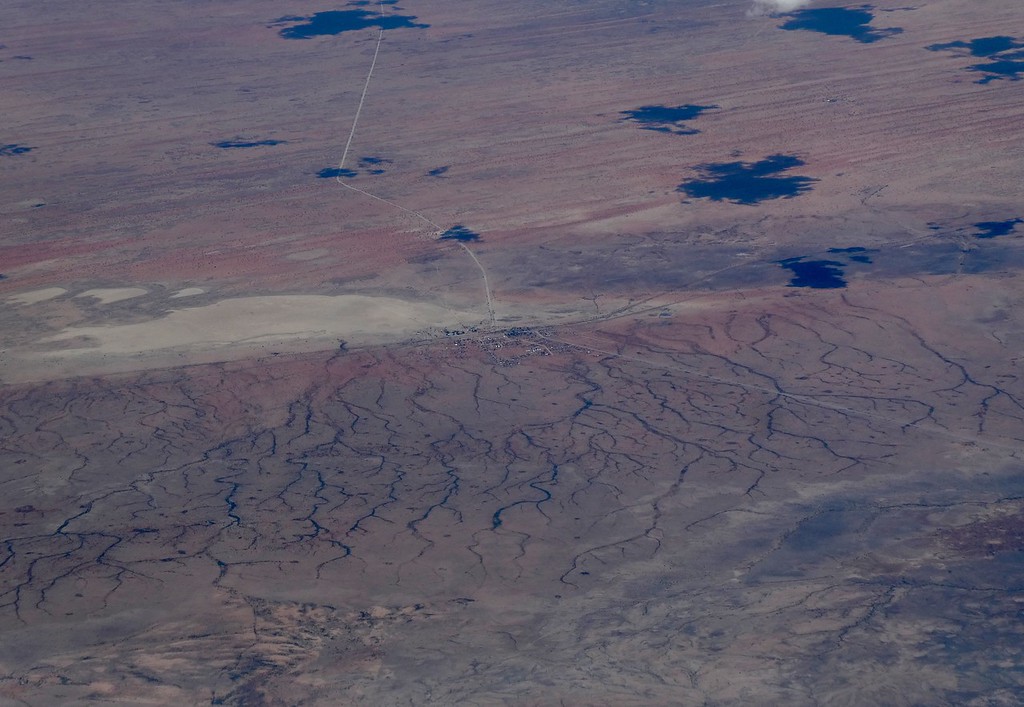 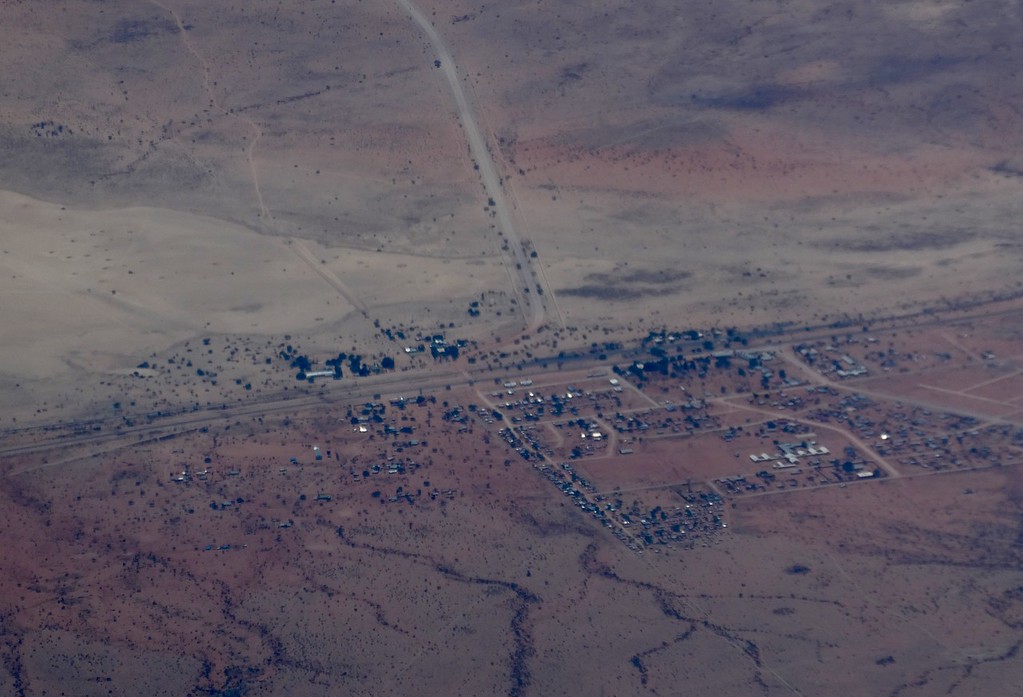 The dunes of the desert 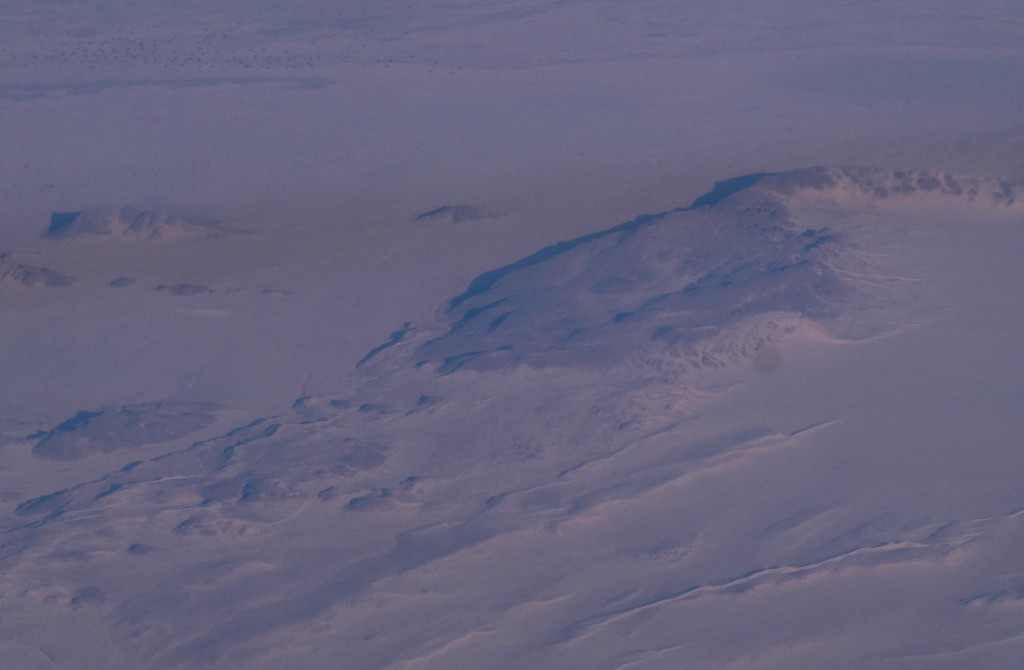 A friend of ours was kind enough to pick us up from the airport, making the trip from Zürich to Basel so much easier. Dan had been good about getting around, but it really was through the use of some strong drugs that he had made it this far with this level of comfort. 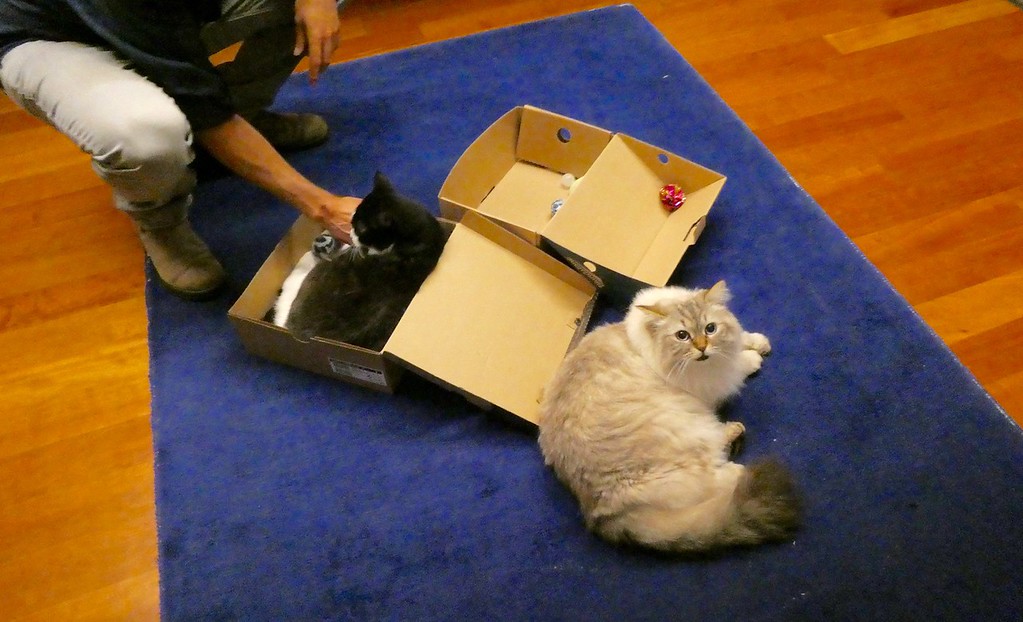 A rough view of our trip – superimposed over Europe for scale 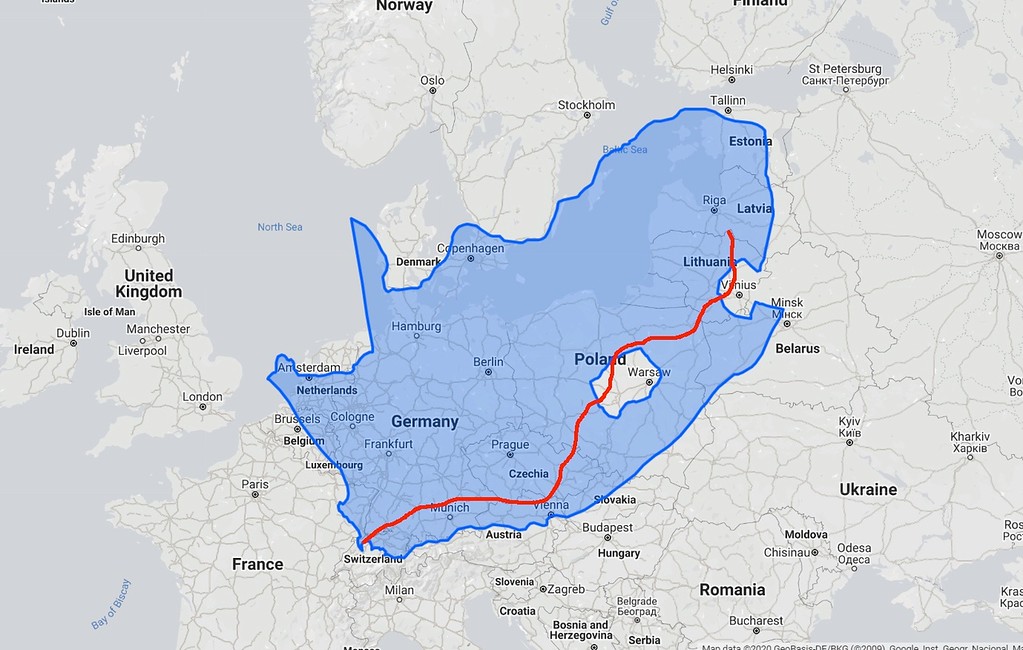 Follow up on Dan: Shortly after our return to Basel Dan went to his own doctor for a check up. After another x-ray, his doctor immediately made a request for Dan to go to the hospital and get a CT scan. It was determined that he had nine breaks and had a partially collapsed lung. Everyone, including Dan, was surprised. He has since had surgery to remove excess fluid and stabalize some of the ribs. I am happy to report that he is well on his way to back to “normal”.