Hana and I joined our guide again, but this time it was just the three of us in the truck. 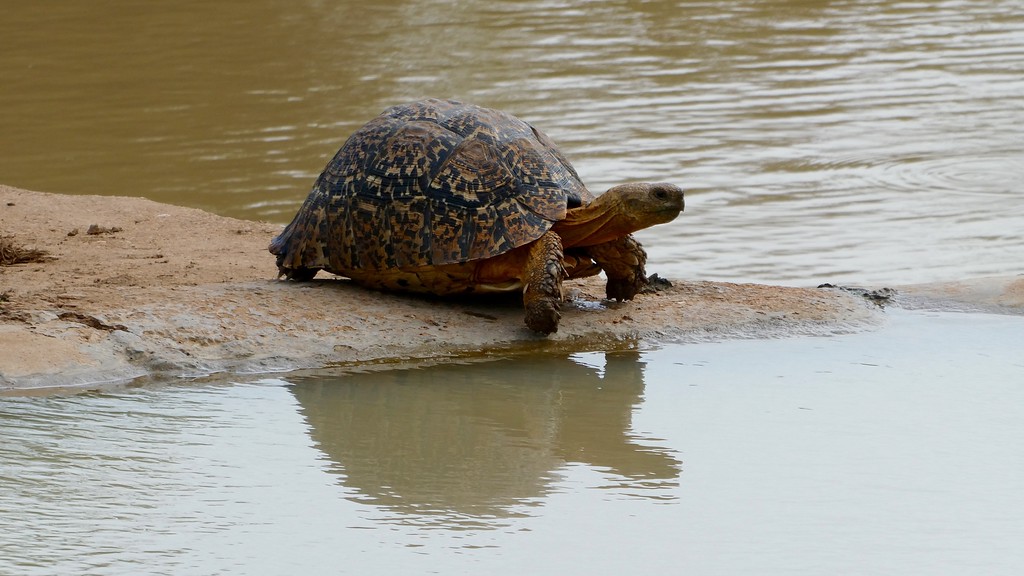 We left the gates of the reserve and headed back to where we had seen the lions that morning. Not to anyone’s surprise, they weren’t there. So we drove around a bit, eyes peeled for the lioness and her cubs.

Instead, Hana spotted one of the males from earlier today. I don’t know how she saw him, with him camouflaged in the shadow of the tree.

Our guide pulled the truck around to the far side of the tree and we sat and watched him as he slowly cleaned himself and lolled in the afternoon sun. 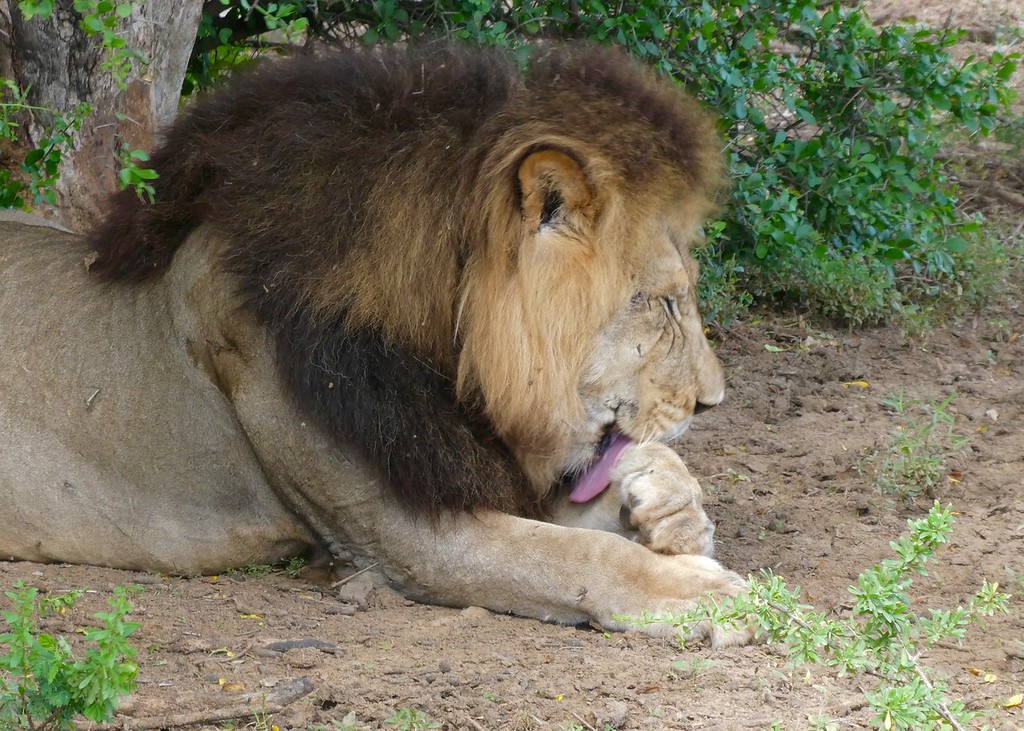 We sat and stared for a long time. He was busy keeping himself clean and seemed not to mind us watching. He was still full from the zebra meal and happy with his spot under the tree. We eventually pulled ourselves away and headed for the main road, where we spied what little was left of the lions’ meal. 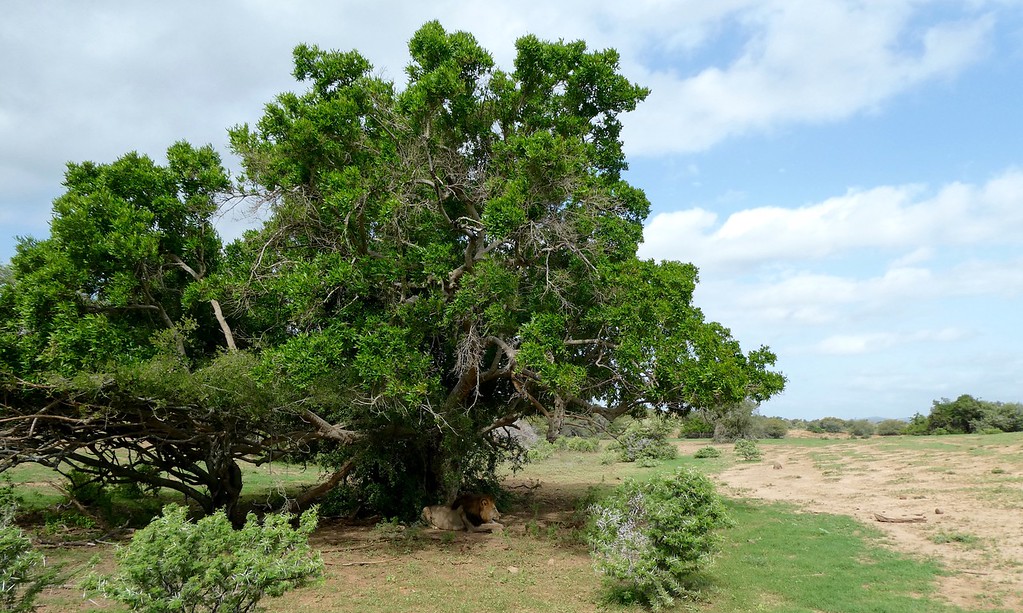 Now we were driving to the far side of the reserve, further than we had traveled the day before. Even along the way, we looked for wildlife, but this afternoon the animals were scarce. They were probably napping, like the guys we left behind at the lodge!

The Reserve has 14,000 hectares and it took a while to traverse them. Our guide was great about slowing down to see some of the more common ungulates and birds, and I took the opportunity to catch the beauty of the land itself.

The remains of a Kudu

In one of the valleys we could hear the loud rustling of “something” in the bush. Excited to possibly see a rhino, or even another elephant, we slowed down to find the source. Hana once again proved to be the Seeker and spotted this great Cape Buffalo.

And then shortly afterwards we saw this Kudu

Then our guide pointed to an opening on the hillside: before we could even think about raising our cameras, a mother and baby rhinoceros ran from one tree line and into the other. Rhinos among the trees? It was not something I would have ever considered to be a thing. But it is a thing!

We took a break for tea and then decided that the afternoon game drive was pretty much “done”. We weren’t unhappy at all: this morning’s drive was so much more than we ever could have hoped for. Our return drive was via a different route, on the other side of the hills and parallel to the paved road that cut through Addo. It was wide open land, with few trees and short-cropped grass. It made the sight of a dead Cape Buffalo visible for quite some time before we got close enough to recognize what it was.

Following the fence line of the reserve

Video of a mongoose racing us

I think he won!

White Storks – possibly the same ones that visit Switzerland every spring!

Almost back to the lodge!

It was a quiet evening back at the lodge. Tonight’s dinner was just as good as last night’s and followed once again by dessert. Actually, the ordering of desserts had become almost a ritual, with some suggesting that others order a particular dessert so that they could “try” it. Nice teamwork!

We left the dinner table rather early: after two days off the bike, and fresh laundry returned to our rooms, I wanted the time to properly back our bags for the upcoming days.