Our group had its own vehicle. Our driver was very nice and got us settled in. We took off down some dirt roads with the intention to see whatever animals let us see them. I had my camera, binoculars, sunscreen and a hat: I was ready!

Another truck, to give you an idea of what they look like

It didn’t take us long to find our first sighting: a small herd of Impala and a few Waterbucks. Because the animals were used to the shape and sound of the safari trucks, they paid very little attention to us as we rolled up to their grazing field. I liked to think of us as a really big rhinoceros that smelled bad and awkwardly hung around the other animals.

I love the horns!

A plant whose name I do not remember 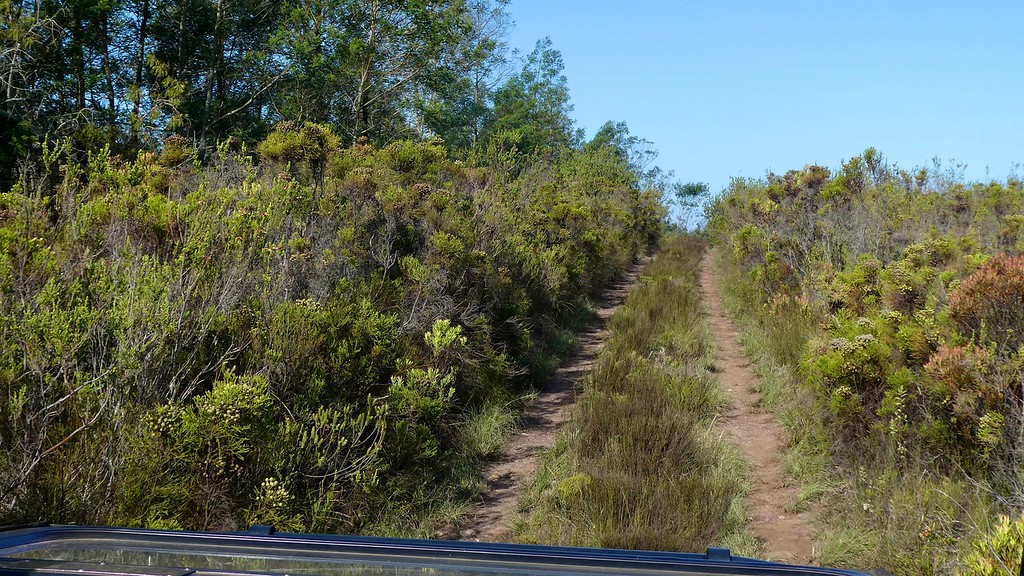 I love the Wildebeast’s mohawk mane!

The rangers radio each other all of the time, letting each other know where to find certain animals. The Reserve is huge (11,000 hectares) and the animals free-roaming, so there was never any guarantee that they would be found. So when she heard that there were some elephants in one of the areas, we headed over in that direction. 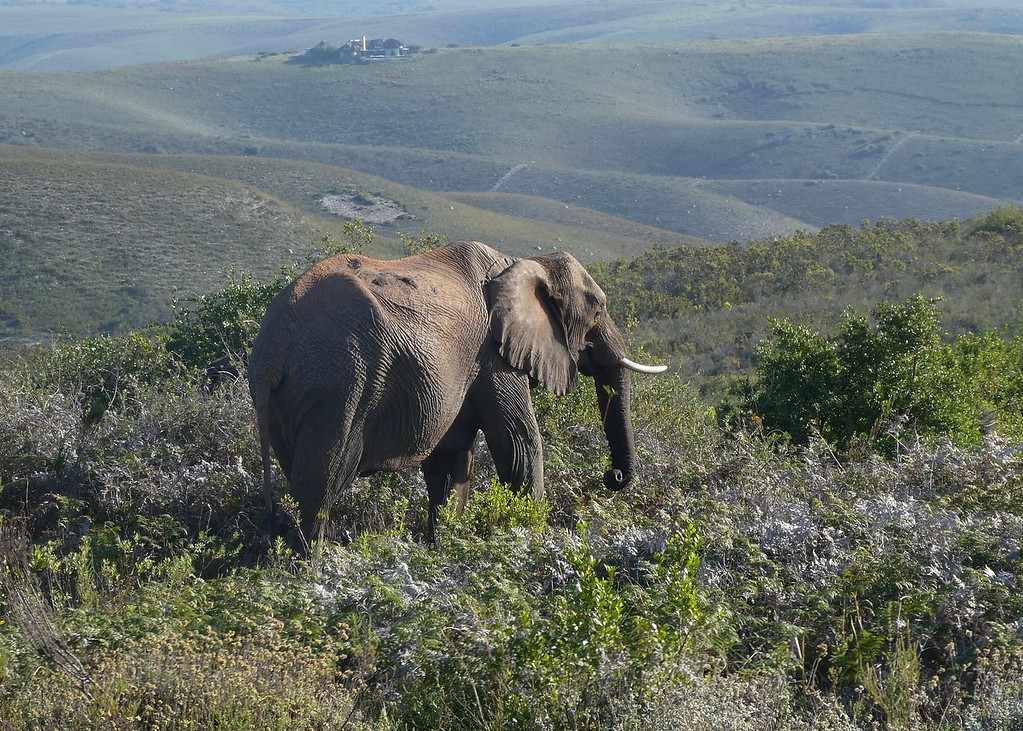 The Reserve also has a policy of no more than two vehicles at a time when approaching the wildlife, so as not to stress the animals. We were sharing the company of the elephants with this other truck, so I took a picture to show just how close we were to the animals.

There were a few elephants in this herd and we sat and watched them in silent awe as they ate their way through the vegetation. Eventually our driver started up the engine and we went off in search of other animals.

Because our game drive didn’t start until almost 5:00, it was just a matter of time before the temperature started to drop along with the sun. Our safari truck was well-equipped though: there were blankets and awesome fleece ponchos for everyone!

Our driver shows us some rhino dung – fun!

We did see rhinos on this tour, but our guide asked us not to share the photos on social media in order to keep the poachers from knowing just what the Reserve had on their land. Fair enough, although it is difficult not to be able to share them with you here, especially the video I took of the baby charging a young male that had wandered too close! Let me see if I have a photo that doesn’t really show much, yet shows…something.

Recent rains in the area had really caused a surge in the vegetation growth. Watering holes had filled up, grasses grew thick, and the trees were no longer under threat from desperate herbivores. From what we heard from the rangers, it was a welcome change from previous years.

The amazing horns of the Cape Buffalo

The darkening sky over a field of Impalas 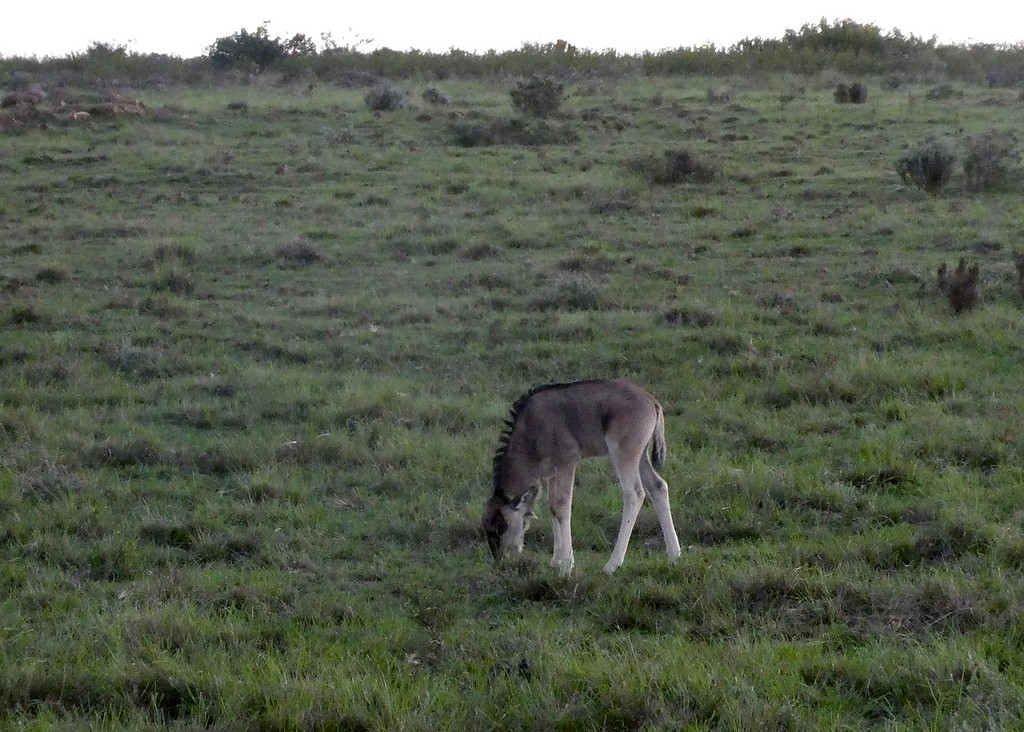 And then we got the call: Lion sighting! Our driver put the truck into gear and we took off for the area where the lions had been reported to have last being seen. Dusk was coming fast, so I hoped that even if the lions did make an appearance, we’d have enough light to see them.

Spoiler alert: we saw them! 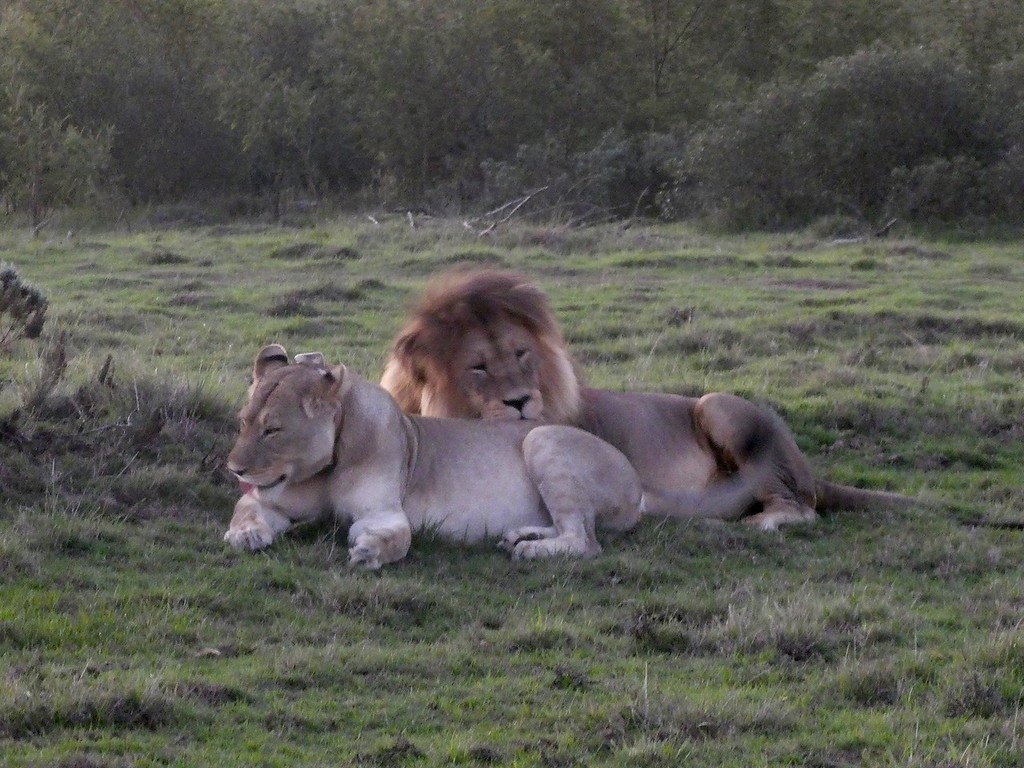 The lions on the Reserve wore collars, primarily so that the rangers could check on the location of the lions in the case of an emergency. But the collars weren’t used for casual locating, so it was only “luck” that we saw them tonight.

The rollover bar of our truck visible in this picture, just to give you an idea of how far the lions were from us

I could not take enough pictures of these guys

With the sun setting on our game drive, we returned to the lodge and took our seats for a late dinner. Our server told us that the chef was new and that he’d like some feedback on our meal. Unfortunately, the new chef had a lot to improve upon. But food quality aside, it was a great time with the group, and a great end to an awesome day.