We slept in. We knew that that weather would not be glorious today, it was just a matter of the degree of non-gloriousness it would be. We checked our local maps and figured that a nice, low-valley trail would be good for a day with cloud cover like this. After breakfast we hopped into the car and made a short drive north from Cortina, to a trail on the edge of a river in the middle of a valley. Today’s hike would be super easy, but at least we’d be outside and enjoying ourselves.

Early in the hike, passing by someone’s house 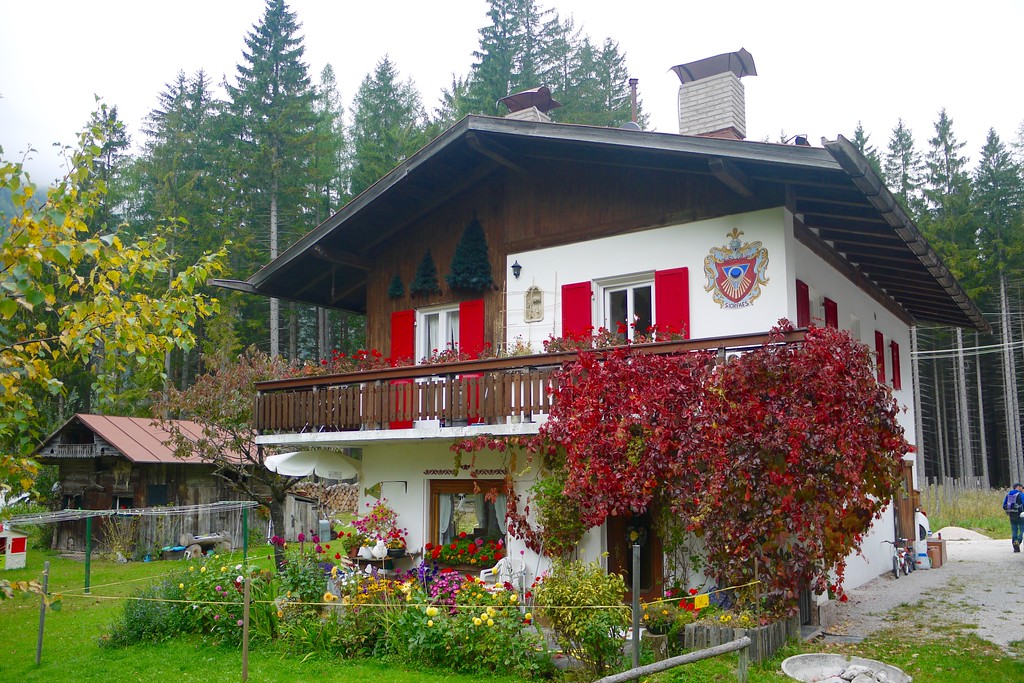 The widest trail of them all!

Clearly the storms from August really made their mark 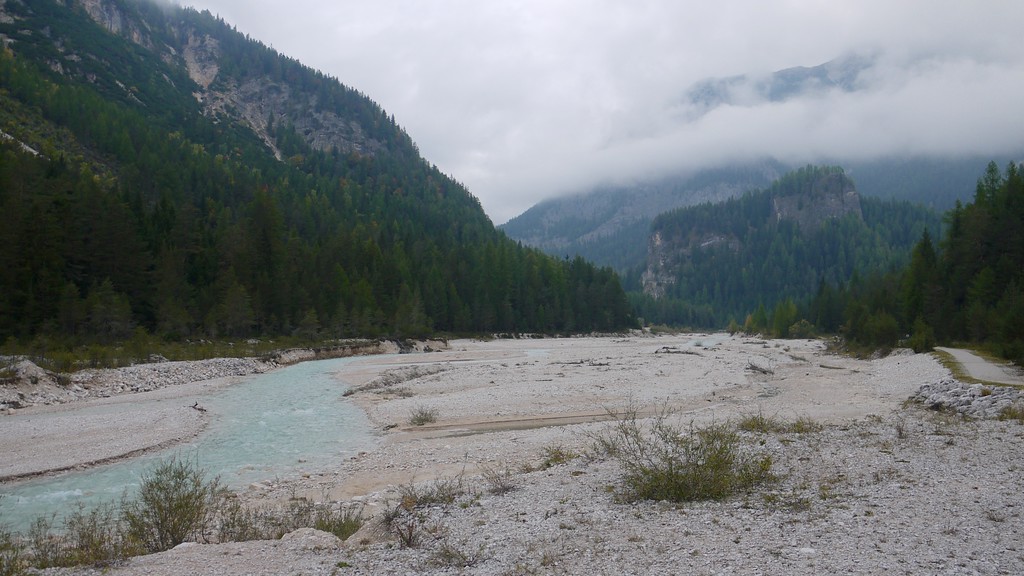 Crossing over a narrow tributary

The end of the trail; we’d return on the other side of the river

Yep, now we’re on the other side alright!

Whereas the first half of the hike was on a wide straight gravel road, the second half was also on a wide gravel road. The difference was that now the road was no longer straight, and led us through some light pine forests. There was a lot more to see on this side of the river.

An ant hill catches our eye (Dan for scale) 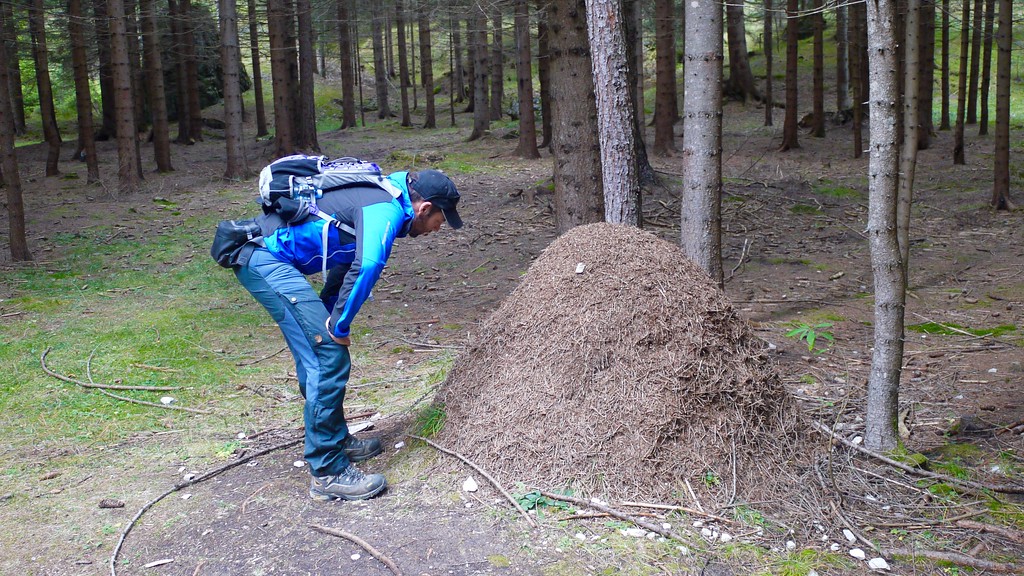 We had time to kill, so we stopped to study the ant hill. The entire thing was crawling with ants and, with careful observation, we noticed a line of ants streaming off into the woods. While Dan and I followed the trail for quite some time, it was impossible for us to locate the reason for such an intense traffic pattern. The mysteries of the ants will have to remain elusive.

The forest around us 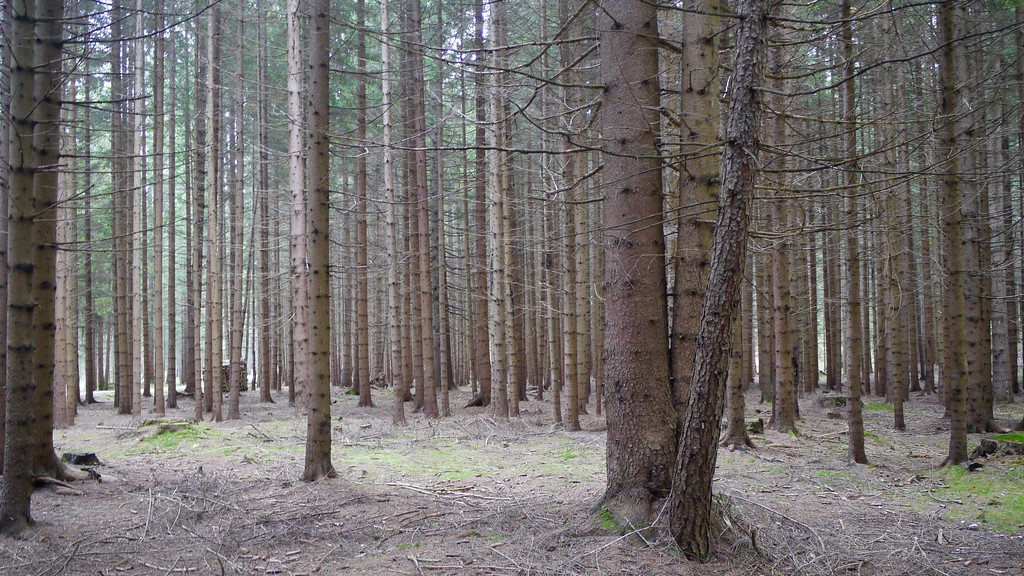 A trail created by ant traffic 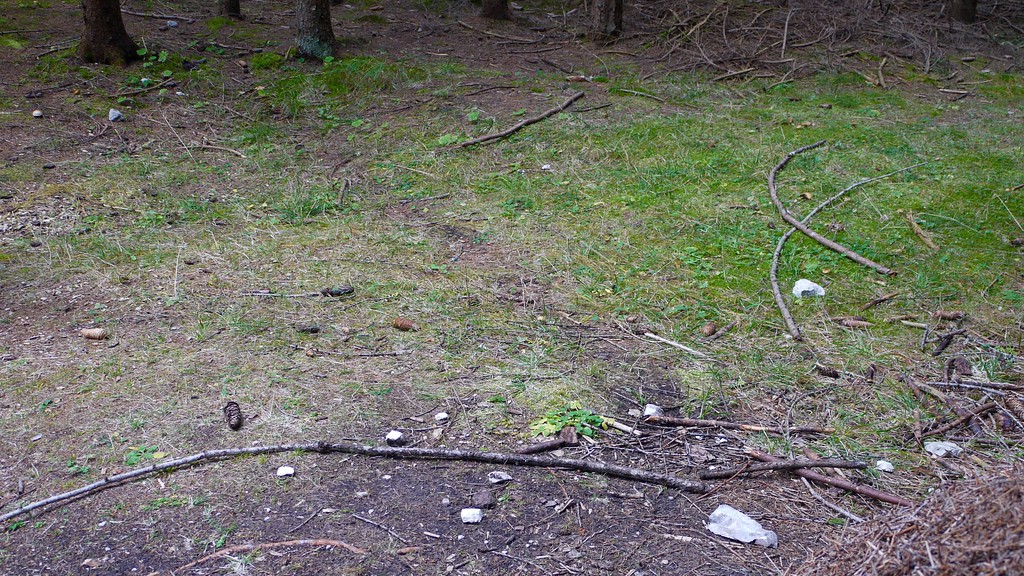 The mushrooms were the next thing to catch our eye – and rightfully so, as there were some incredibly bright red ones sitting under the trees. 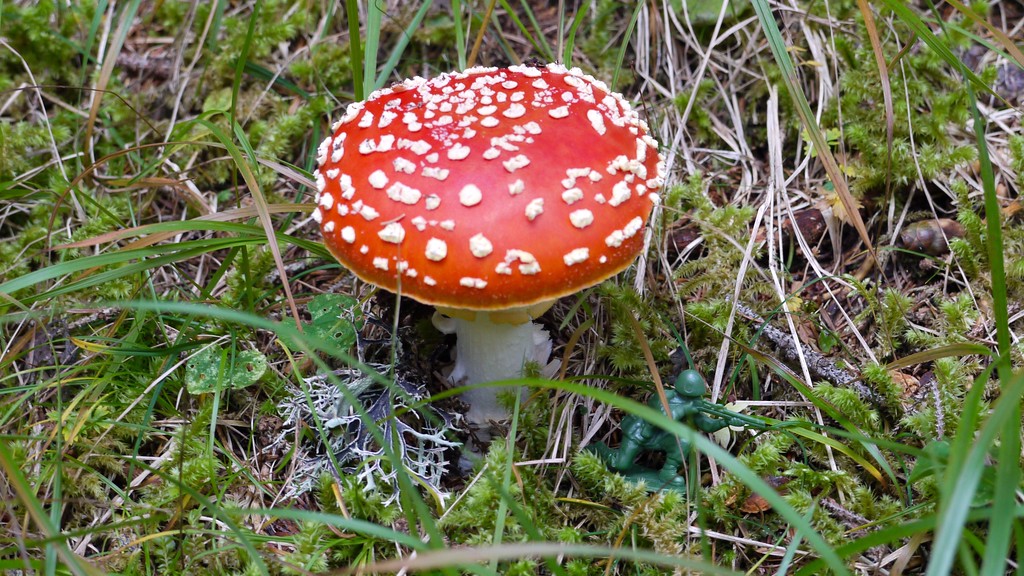 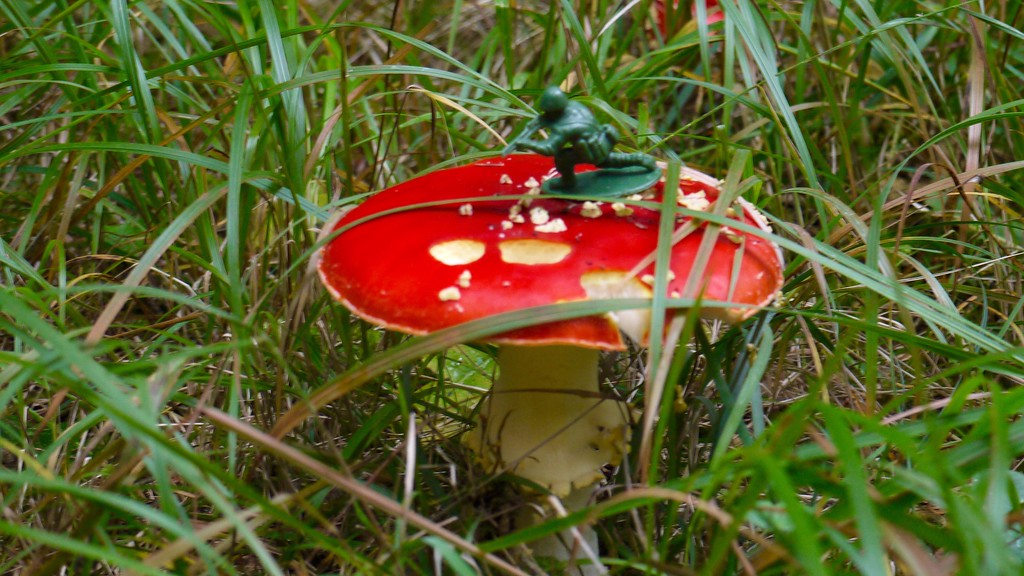 Near the end of our hike we reached a campground and decided that this would be a good area to enjoy our lunch. We had become experts at packing sandwiches, fruits and chips to enjoy on the trail. We found a grassy spot near the river and relaxed. While the clouds had been low, at least the rain had held off for our hike.

The river below the campground 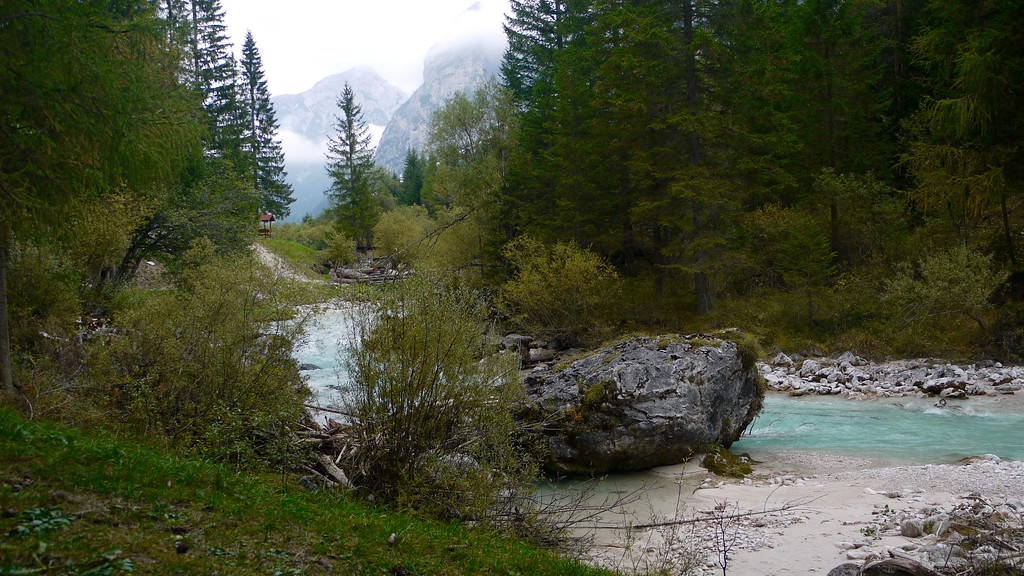 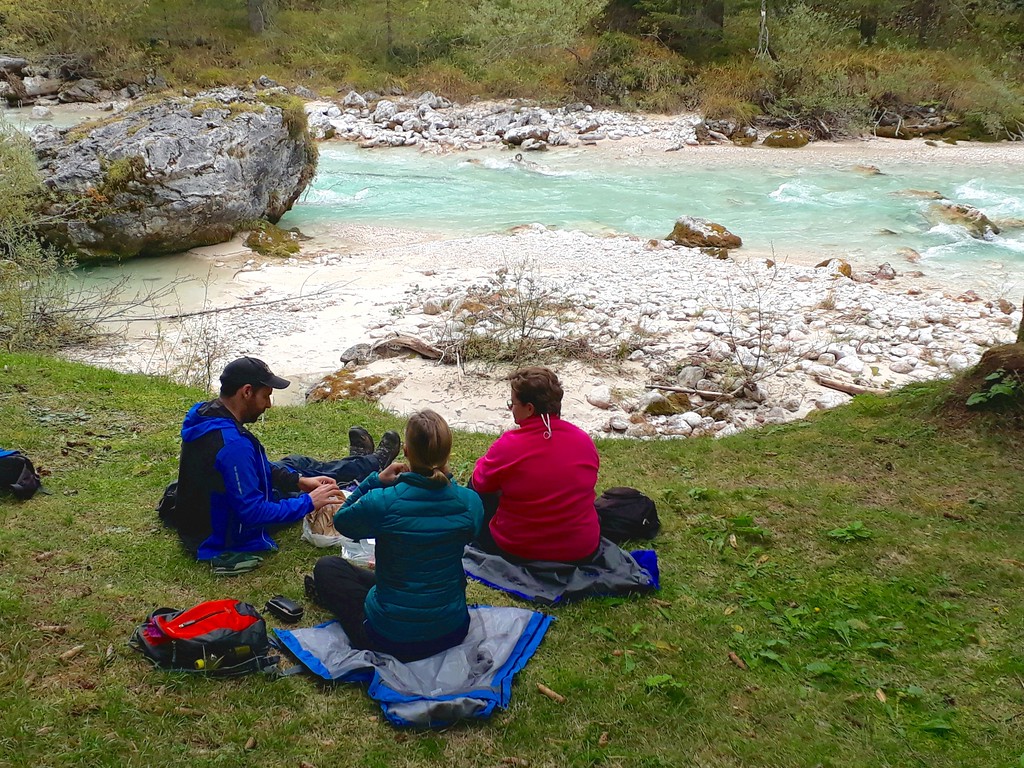 We returned to Cortina but it was really too early to think about dinner. Instead, we stopped at one of the terraces along the main pedestrian streets for a drink, and after that we explore more of the city, this time actually going into some of the more interesting shops.

Cats in a book store

Eventually it was time to eat and we had chosen another restaurant for dinner, restaurant Il Vizietto di Cortina. It was easily one of the better dinners I’d had in Cortina and I enjoyed it very much. 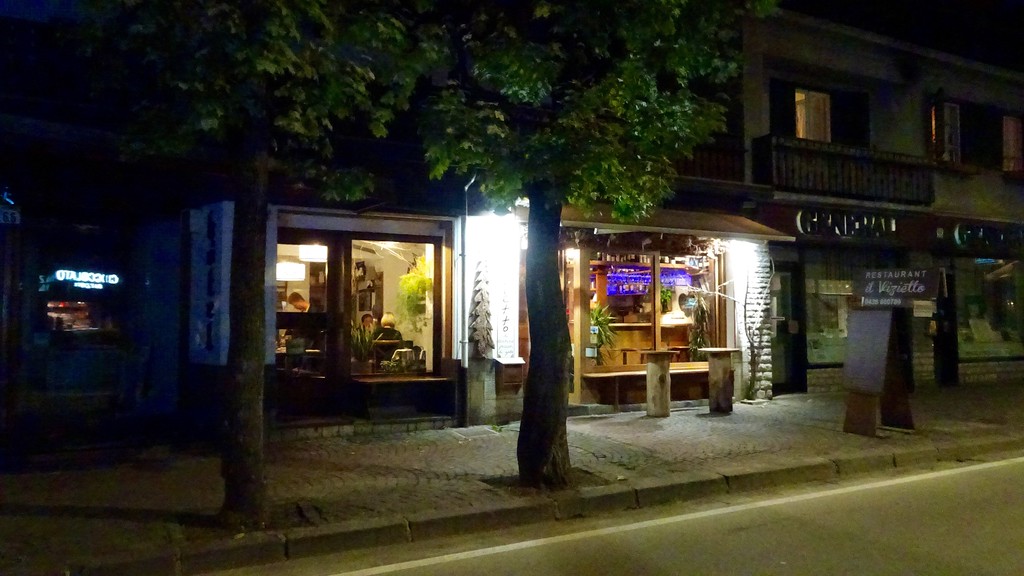 There wasn’t much to plan for once we got back to our apartment. There would be no more hiking on this trip – everything from here on out was merely the process of getting home. It was hard, knowing that our holiday was coming to an end.