We left Stresa in the morning, the streets quiet after most of the weekend tourists had gone home, or at least gone somewhere else. Our early morning route followed the western short of Lake Maggiore, passing through small towns along the way, and offering plenty of views of the lake. 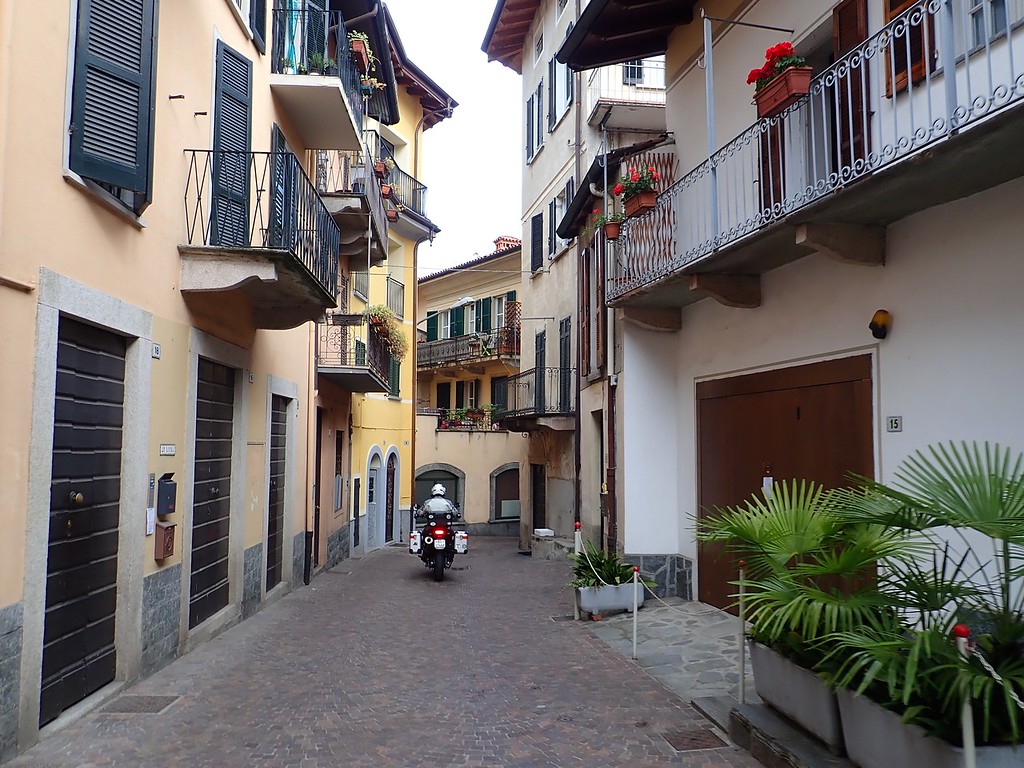 Low clouds across the lake

Another picture of the “unwalkable road” 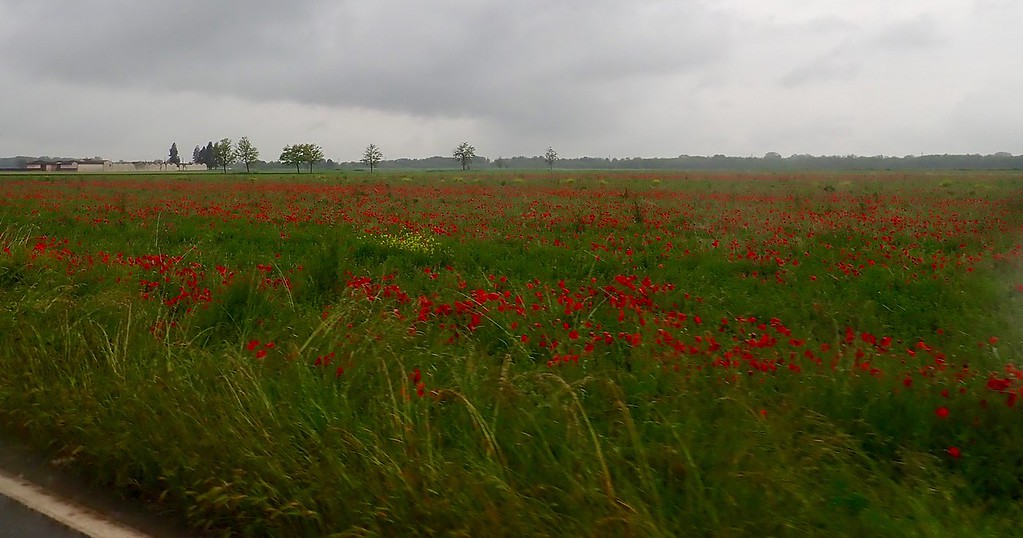 One of the reasons that I wanted to travel to Tuscany in June was to avoid the heat of summer. Of course, the challenge is to also avoid the spring rains. While I thought I had found the sweet spot in between the seasons, today’s weather had other ideas.

It poured.
All day.

While we had intended on taking some more scenic roads to Tuscany, the monotonous rain and heavy traffic pushed us to the Autostrade. Tolls be damned, we’d get to Tuscany before we drowned.

The motorway was fast and, for the most part, boring. There wasn’t much to see from our perspective and with the constant rain, the clouds hid anything in the distance. The tolls were, as usual, a pain in the butt to pay from the back of a motorcycle. Wet gloves didn’t help the situation at all, and I was only too happy to finally reach our destination for the next three nights: the little town of Fiesole, on the outskirts of Florence. 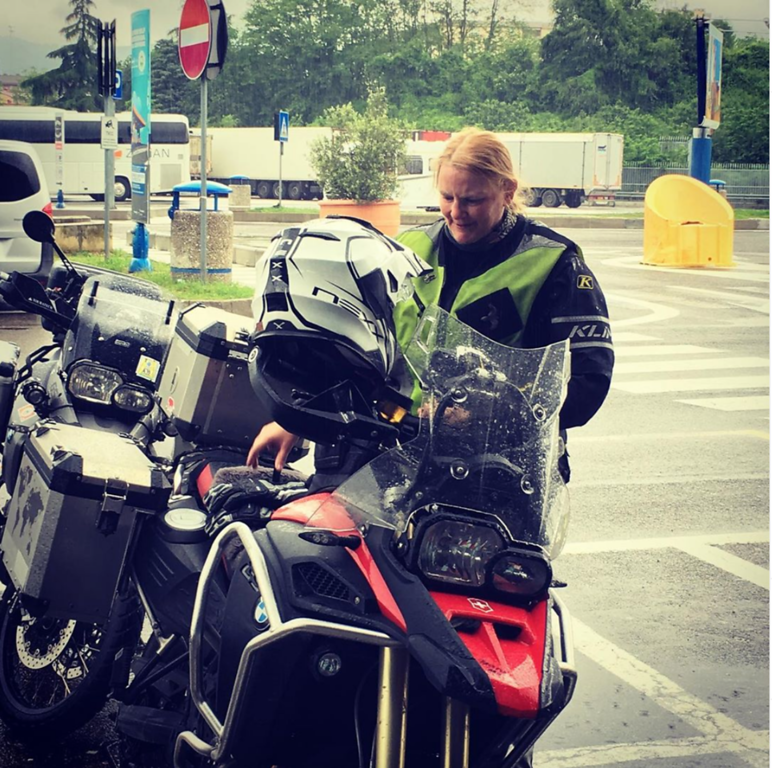 My thoughts in choosing a quiet place outside of the city was twofold. First of all, it would be quiet. Our time in Napoli really made me aware of just how noisy the narrow Italian streets could be late at night. Secondly, I hoped to spend more time exploring the Tuscan countryside than the actual city of Florence. Being located just outside of the city meant that an escape into the countryside would be that much easier. It turns out that my thought process didn’t work quite how I had hoped: our apartment was almost too quiet. There was no nearby town to walk to or restaurants to visit. Everything we wanted to do would require a bike or a bus. And the weather squashed the plan of spending a couple of days under the Tuscan sun, soaking in the sights and smells of the Italian landscape. Instead, we were left soaking in a steady rain. But I am getting ahead of myself…

We worked our way through the Florence traffic and out the other side, shortly making the turn from the main road and up a steep hill. Our residence for the next three nights was in sight! 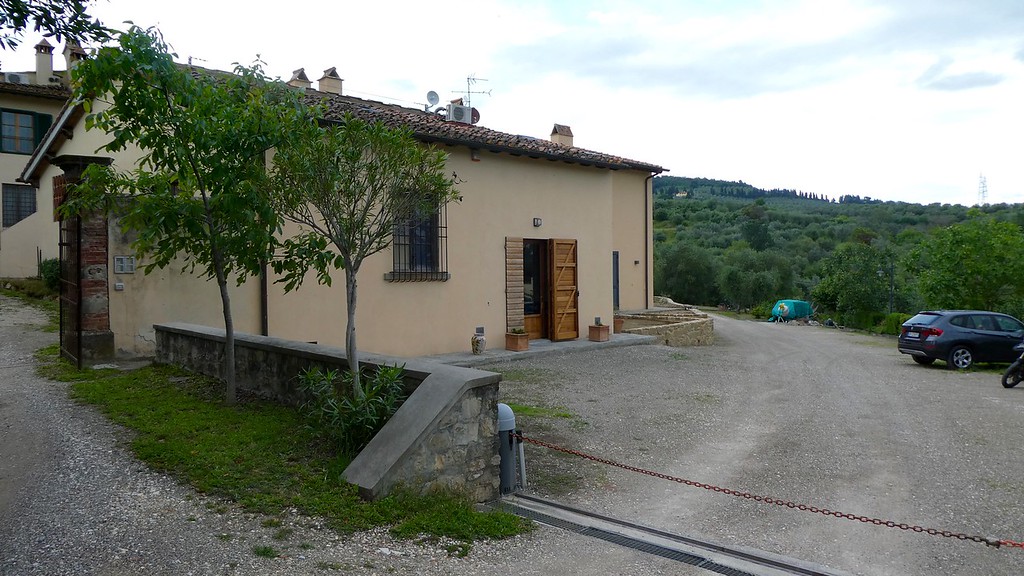 The main house on the grounds

This would do nicely

Our hostess was pleasant and we were soon settled in to our new accommodations. The grounds were her family’s olive plantation and we took a walk around to see what was nearby. As I mentioned just a bit ago, there wasn’t much nearby.

Cozy on the inside!

It had been all day on the bikes, and now it was time to relax. We had picked up some food at the market on the way in, and Dan set about making us a wonderful meal as the daylight faded.