We had gone to bed early, as the TV channels had nothing interesting to watch, and the Internet was slow and intermittent. Without much “external” distractions, it was just as well to get a good night’s sleep. I wish I had slept well, but apparently Tuscany has mosquitos and no way of keeping them out of the bedroom. I spent a good portion of the night slapping at them and trying my best to hide under the sheets. Judging by the number of mosquito bites I had on my forehead the next day, I failed.

Our reservations for The Dome weren’t until 5 o’clock, so we still had plenty of time to do other things. Dan renewed his interest in the Medici Museum, and mentioned also seeing Galleria dell’Accademia, where the famous statue of David is located. In addition, there were some great parks across the river that my research (ie, the Internet) said were great for views of the city. We’d not run out of things to do, that’s for sure!

Our morning was leisurely and by the time we reached the Medici museum we thought it might be a good idea to grab something quick to eat, so that we wouldn’t be distracted by our stomachs once we were inside. Right across the street was a little shop, Godi Fiorenza, where we took a seat and had a light meal.

And now to the home of the famous House of Medici. “The Medici Bank, from when it was created in 1397 to its fall in 1494, was one of the most prosperous and respected institutions in Europe, and the Medici family was considered the wealthiest in Europe for a time.” I mean, with a family that can boast this kind of background, it has to be interesting!

The museum was closed.

For some reason, the idea of a museum being closed on a Wednesday just seemed…weird. But it was closed. We had missed our chance yesterday and now we wouldn’t be able to see the wonders of wealth behind these closed doors. In addition, the Galleria dell’Accademia was fully booked for the next couple of days. With two strikes against us, we launched ourselves back into the streets of Florence.

Back to the bell tower! Well, just around the base of it, anyway

Why hello there, Señor Rossi! 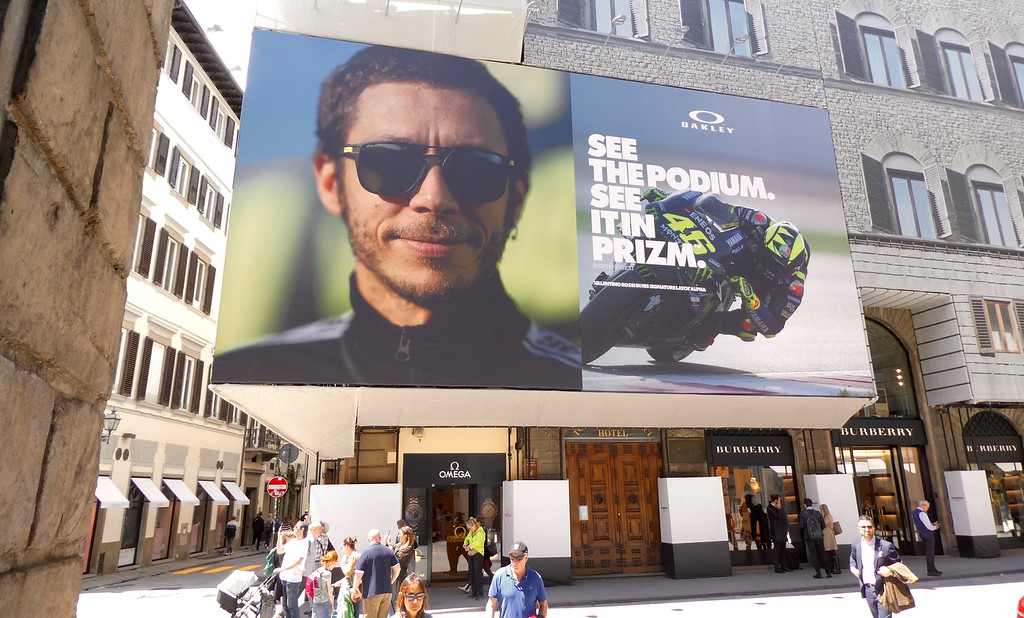 Nice view of the Dome 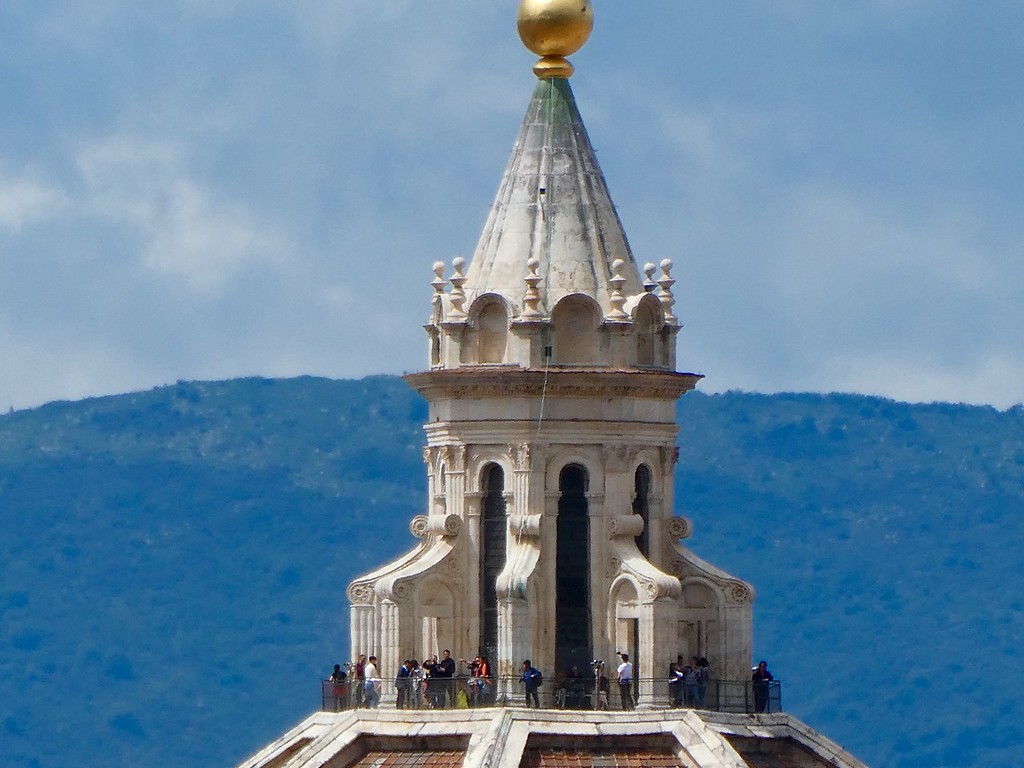 We descended down from the park, re-crossed the river and looked for things that we hadn’t seen yet.

A very interesting shop with an attached book bindery. They did some very nice work inside. 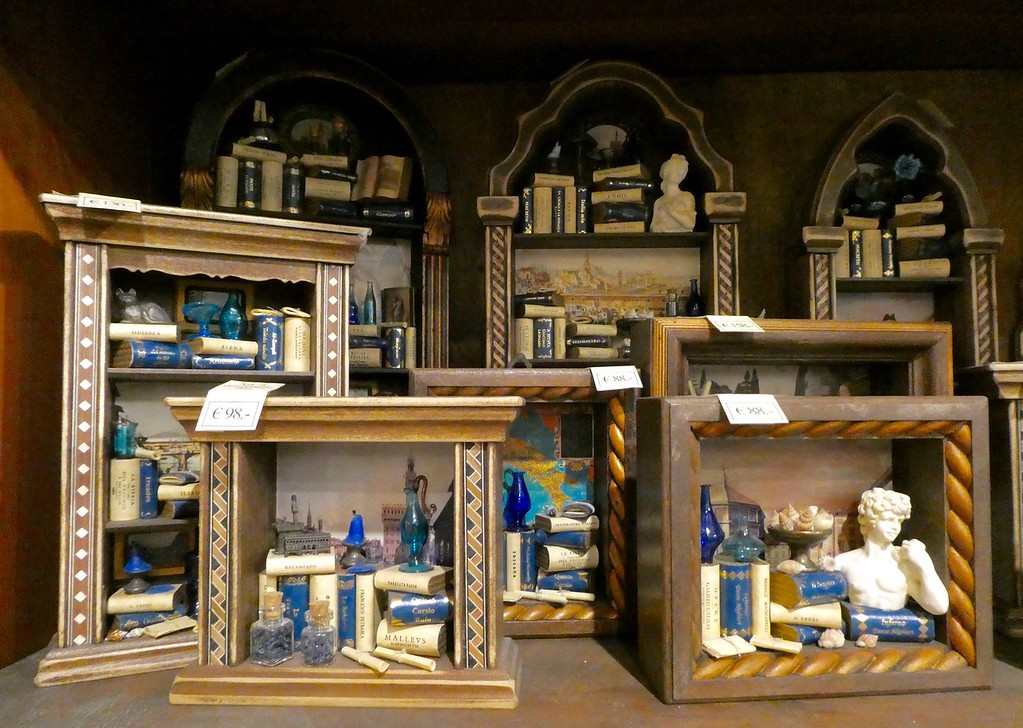 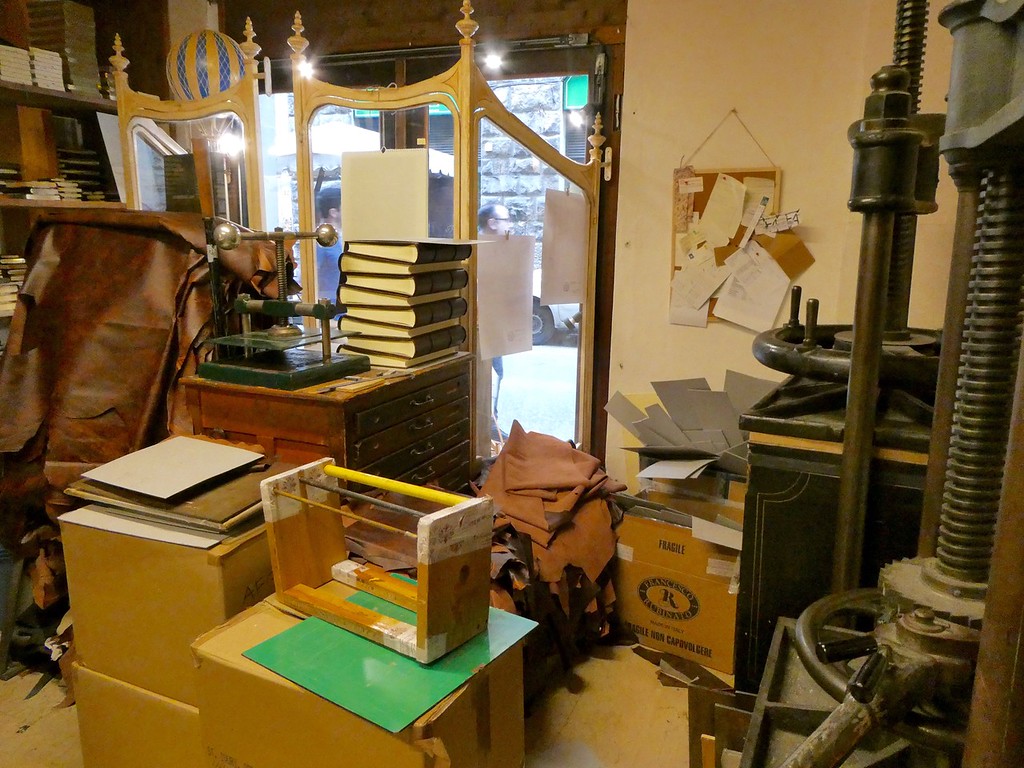 Torch (?) holder on a building 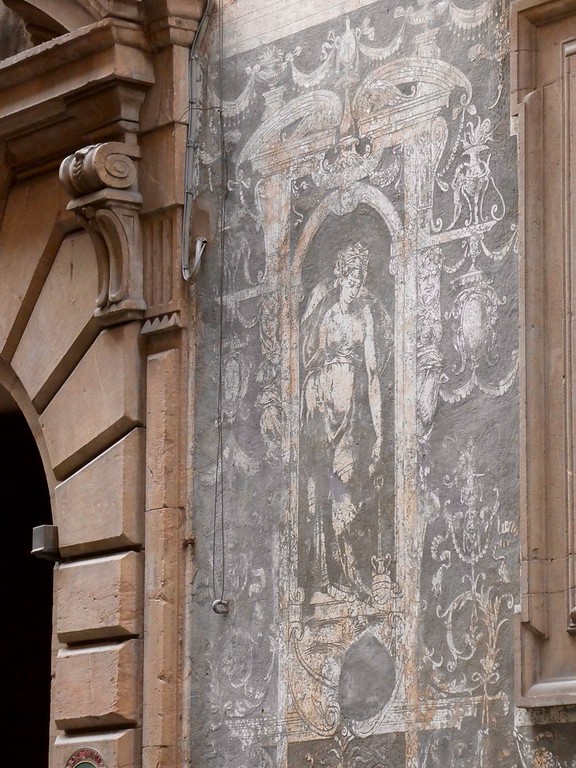 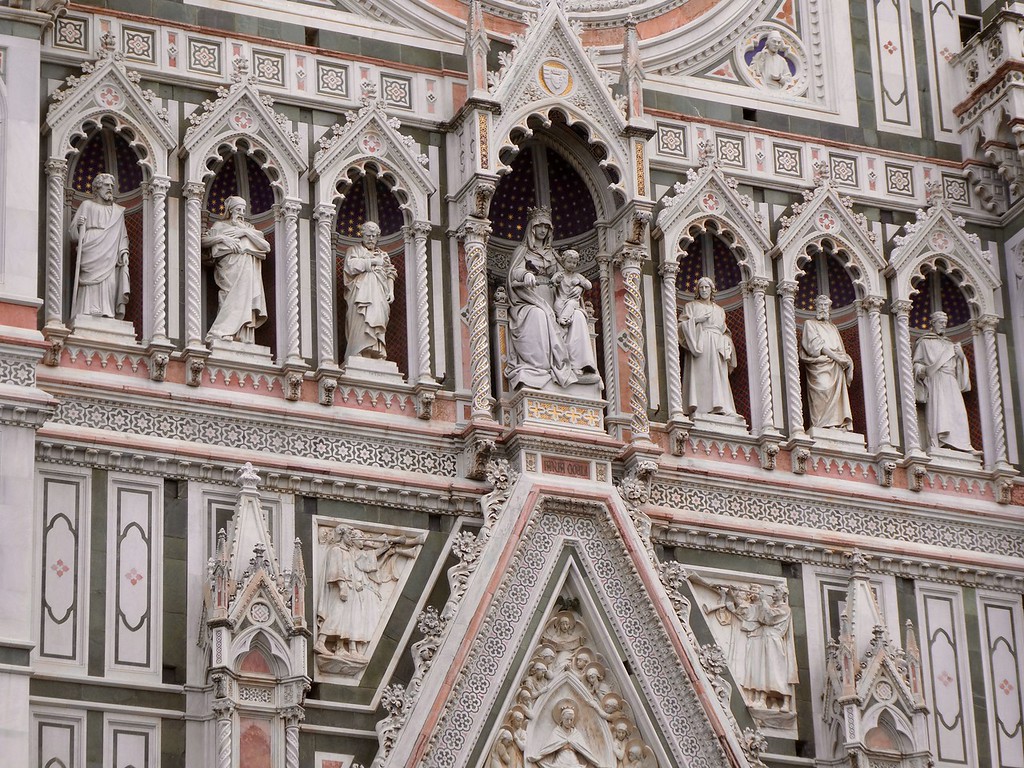 Our five thirty Dome tour time was nearing. We weren’t sure how the line worked, other than only those with the correct ticket would be let in at their proper time. We stood in line early, on the off chance that an early arrival would allow an early entrance. It was not to be.

Detail as we wait for entry to the Dome 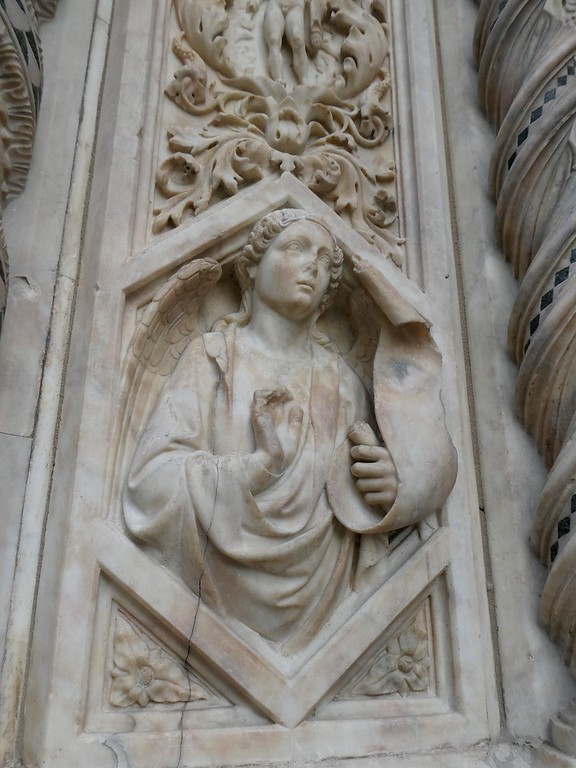 At our appointed time (five minutes late, actually), we were ushered through a low doorway and directed down a narrow, dark hallway.

And the up some stairs. Lots of stairs

Then the doorway opened to a larger room. We were high up on a catwalk that circumnavigated the interior of the dome. It was magnificent.

Note the person in the doorway for scale

Some of the ceiling murals

Details of the mural 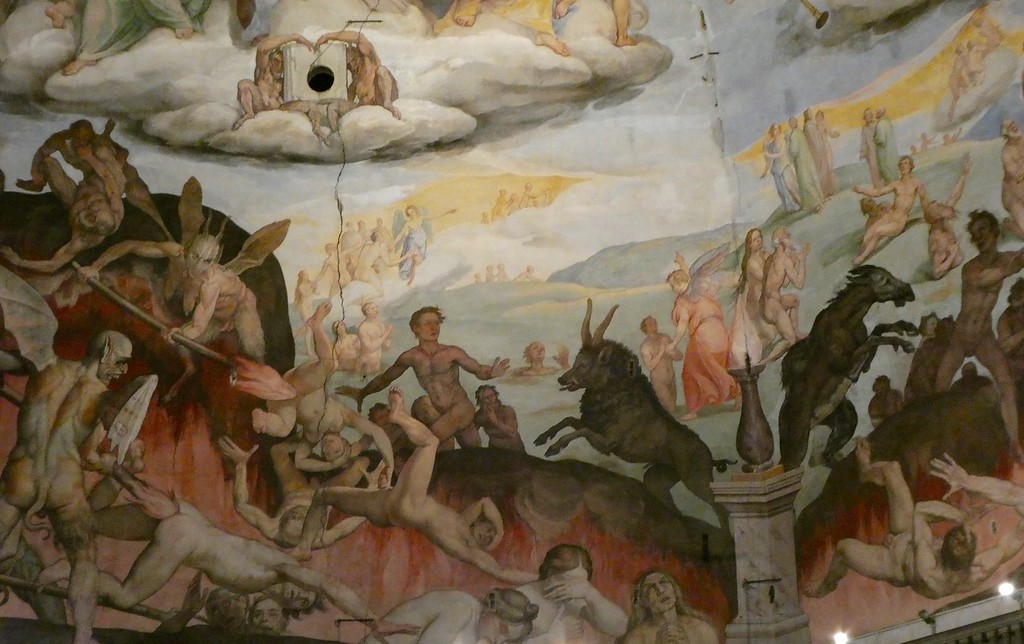 After passing halfway around the opening, the path veered back into the hidden, behind-the-scenes, construction area. More narrow passageways awaited us, as well as some more stairs and low, overhanging walls.

Note the smoothed brick area from thousands of brushing hands 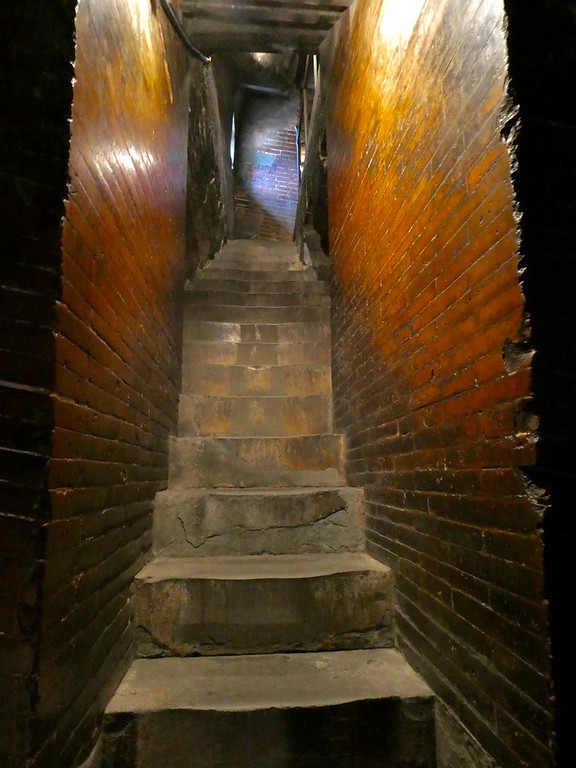 It was a very convoluted passage

We started passing people coming down the passage – it was a one way in / out, and we were nearing the point where the previous group was trickling back down. The passageway also took a sharp turn: up. It was time to actually get to the top of the dome. 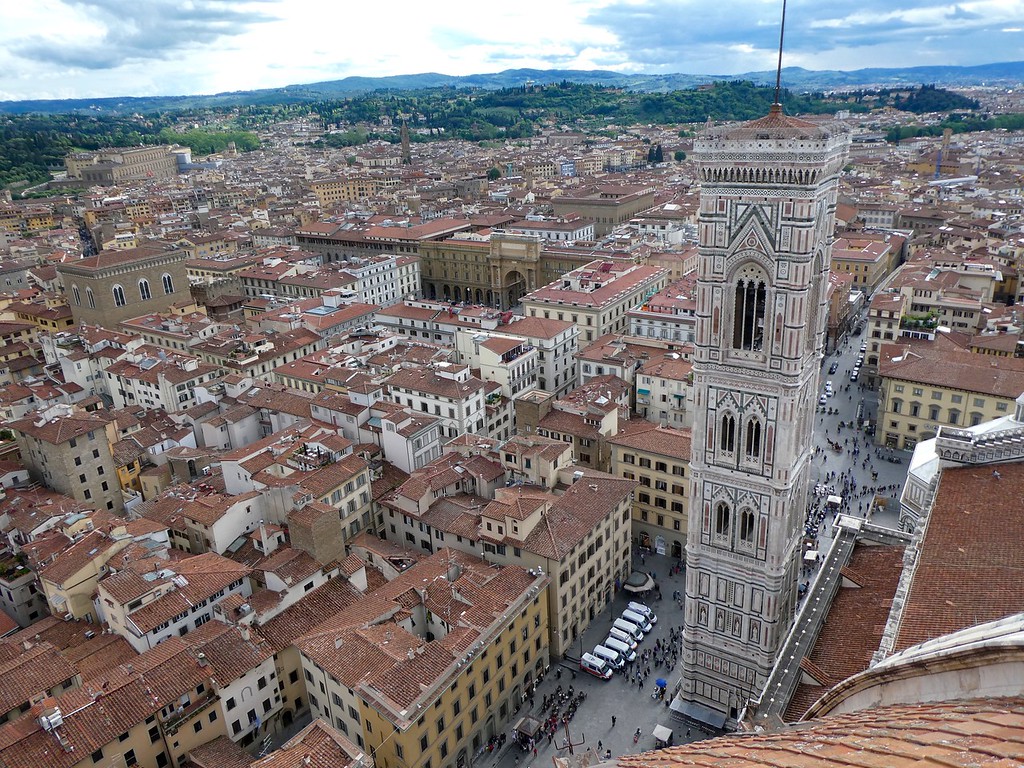 Cozy gardens visible from above 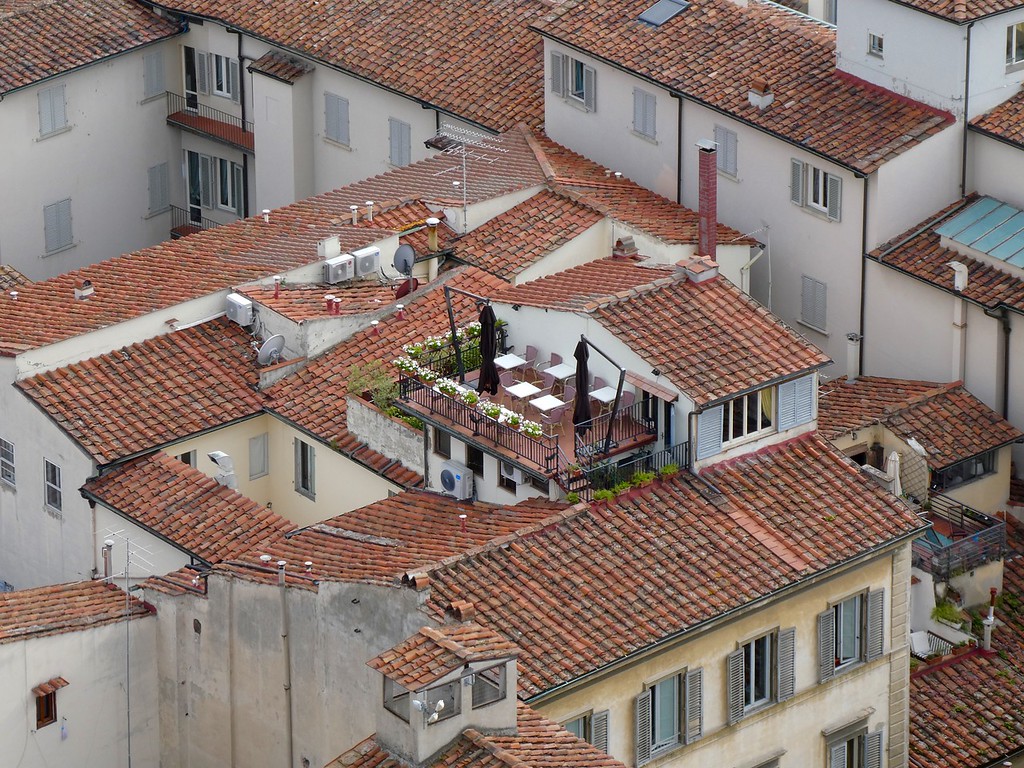 After walking around the entirety of the Dome walkway, taking way too many photos and generally enjoying the view, it was time to descend. Now we were the ones trying to squeeze our way by the new tour group, waiting at wide spots until they passed. It was a lot quicker doing down than it had been coming up.

The church nave from the ground level, with the murals visible above 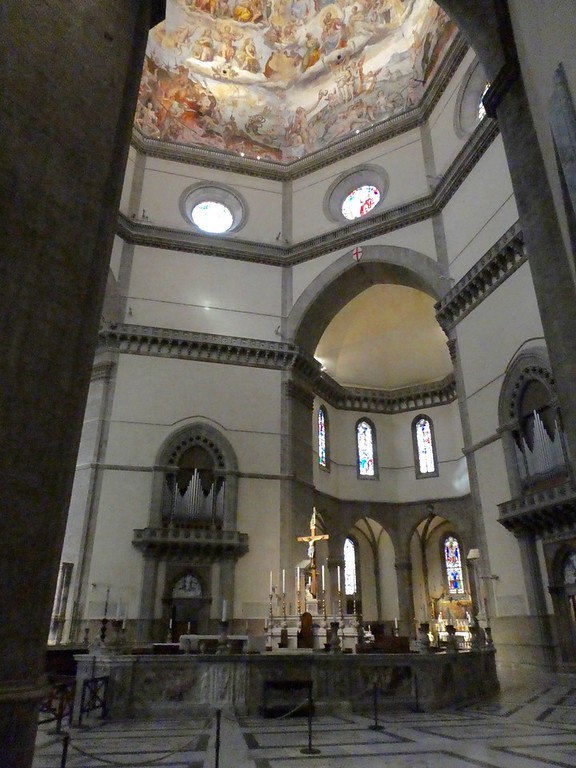 At this point, Dan decided that there was “a really great panini” place and that we should go there for dinner. I was fine with this, but since Dan wasn’t really sure where this place was, it was not a quick trip to dinner. 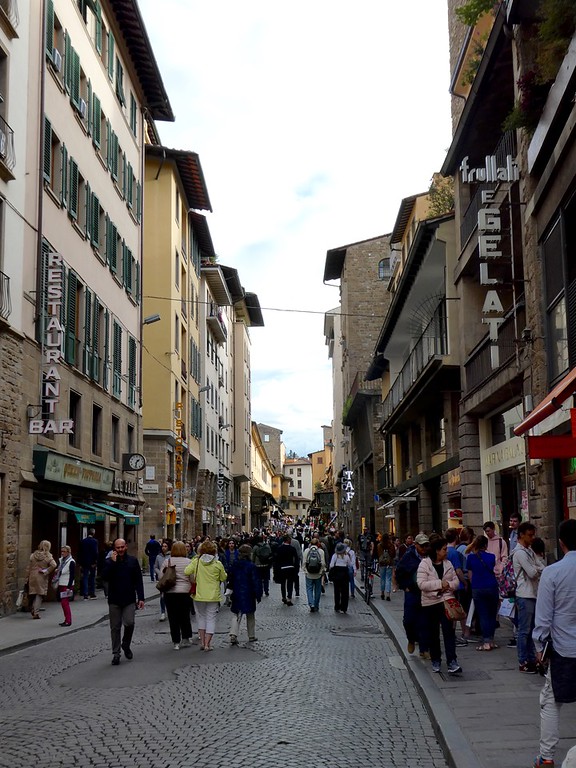 But we did eventually find it (and I admit that it was good), but now I was done. After a quick stop at the store to pick up some grocery items, it was time to find our bus back to our apartment. Tomorrow we’d do something on the motorcycles and I had some planning to do! 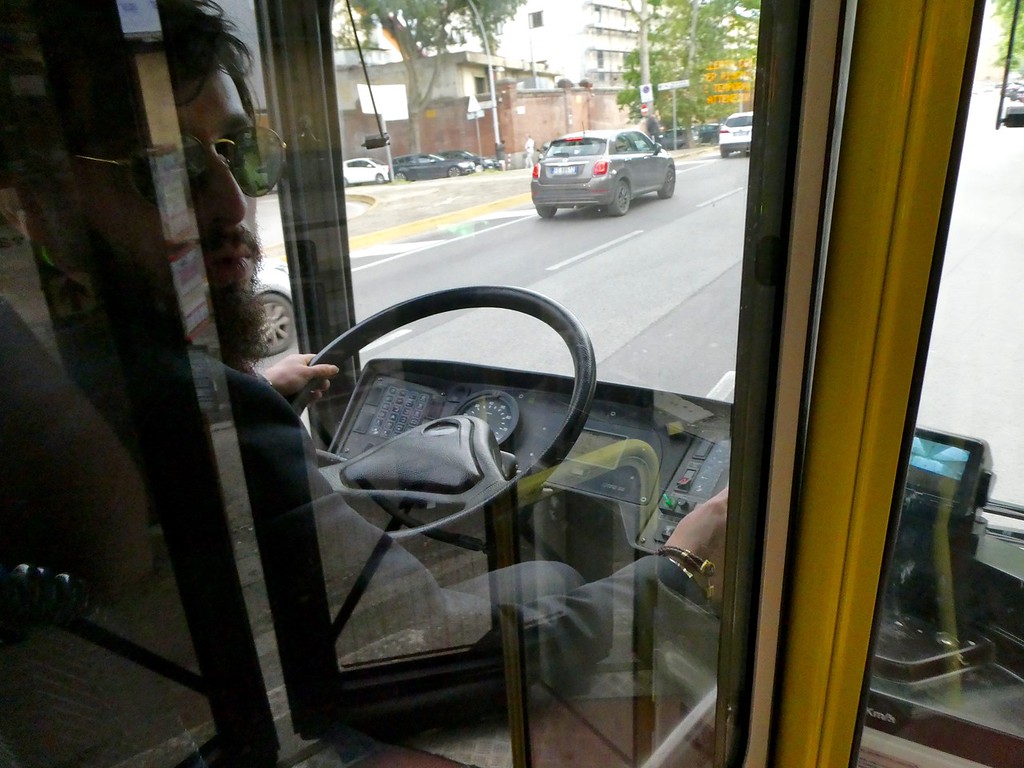