I had planned for four days in Tuscany, but based on the weather, what we had seen and how long it would take to get home, we decided to bail out a day early. This would give us the option to take a more leisurely route home – although still not as leisurely as I would have liked it!

We had learned a valuable lesson in our ride to Florence: the pleasant side roads were often too slow to really make any distance. If we wanted to get anywhere, and get their early enough to enjoy the place were were staying, we had to take the autostrada. Boring – and with those painful tolls – but it was a trade-off that we were willing to make.

Good houseguests, taking out the recycling on the way out of town

Just getting out of the Florence municipal area took us almost an hour. We had to ride through the city and had caught the tail end of morning commute traffic. But of course even this was interesting, as we got to see some areas of Florence that weren’t hundreds of years old. Every city has at least two sides, and it was nice to see another side of Florence.

Even outside of the city we ran into traffic

It was a long, fairly uneventful ride west towards Lucca and the Mediterranean beyond. We had agreed to take the autostrada today, as we were anticipating spending some time exploring the coastal town that we would stay in tonight. So highways and high speeds it was!

Looking forward to getting into the mountains 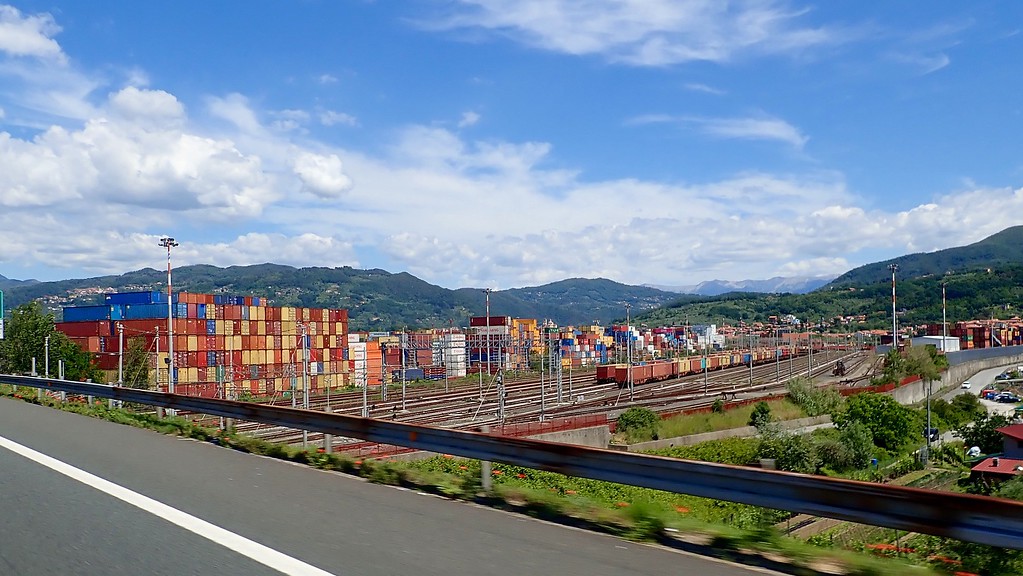 We had left the plains of Piedmont Italy behind and were now making our way through the mountains where they meet the Mediterranean Sea. It was a really nice area to ride through, and Italy did a pretty good job with their tunnels. 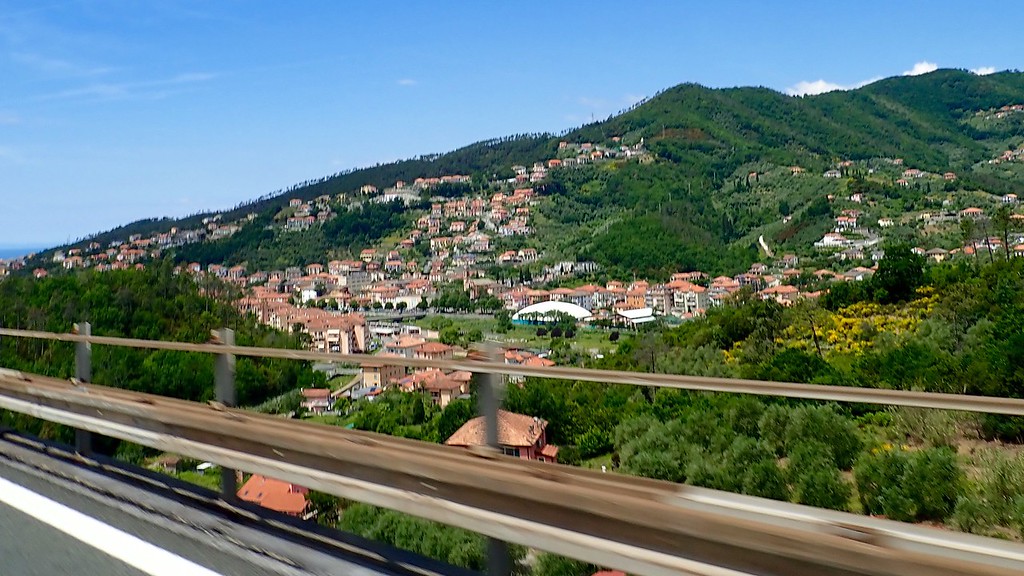 My plan was to take the autostrade to Genoa and then secondary roads to our final destination of Varazze, just forty five minutes further along the coast. The problem was, Genoa was in the way. I had incorrectly marked Genoa as a waypoint on the GPS, and the GPS insisted on taking me to the dead center of the city. I didn’t realize this until it was too late, and by then my GPS could not function on the spaghetti roads that we found ourselves on. 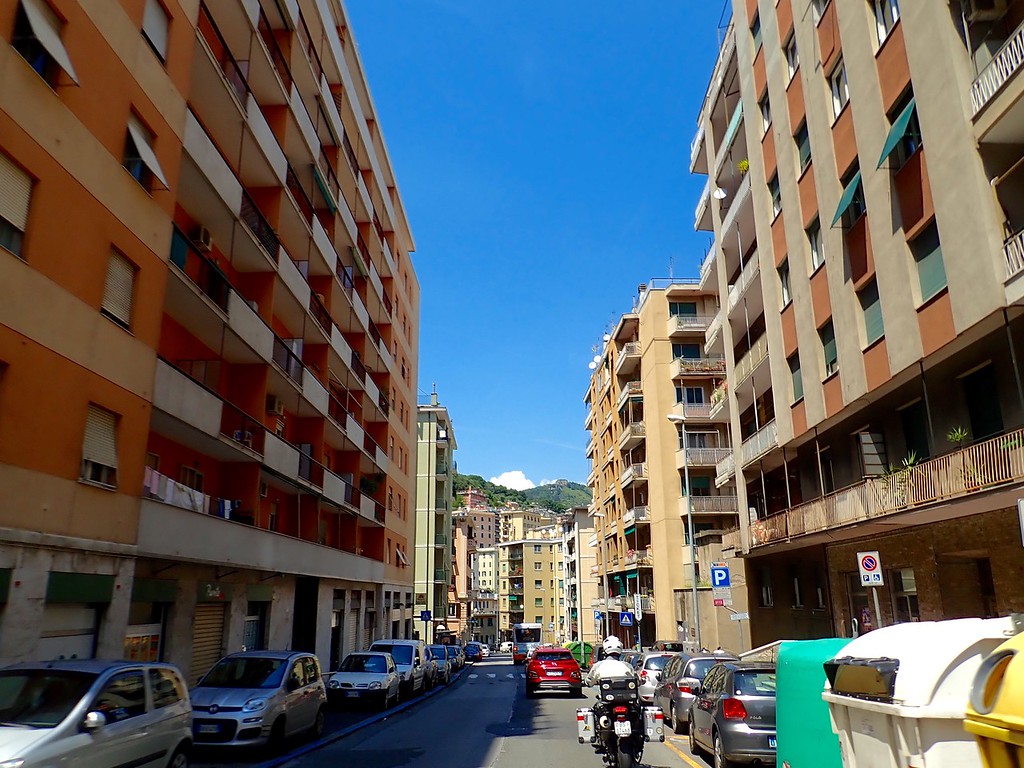 About three layers of road – the GPS didn’t know what to do! 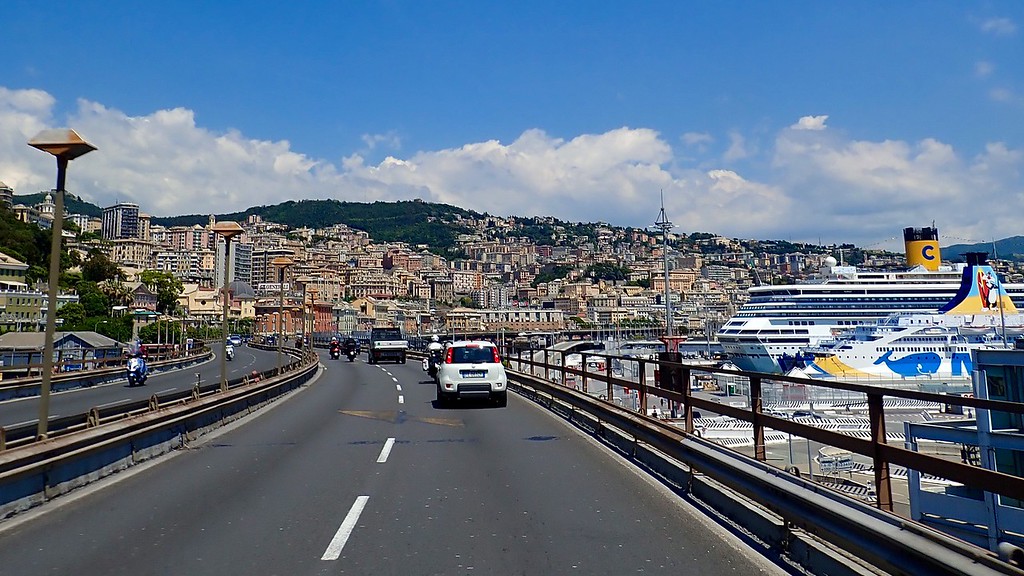 After a series of backtracking and frustrating tours of the busy city streets we finally escaped and were on the road to salvation. Or at least the road to the coast. It felt good to be “almost there”. 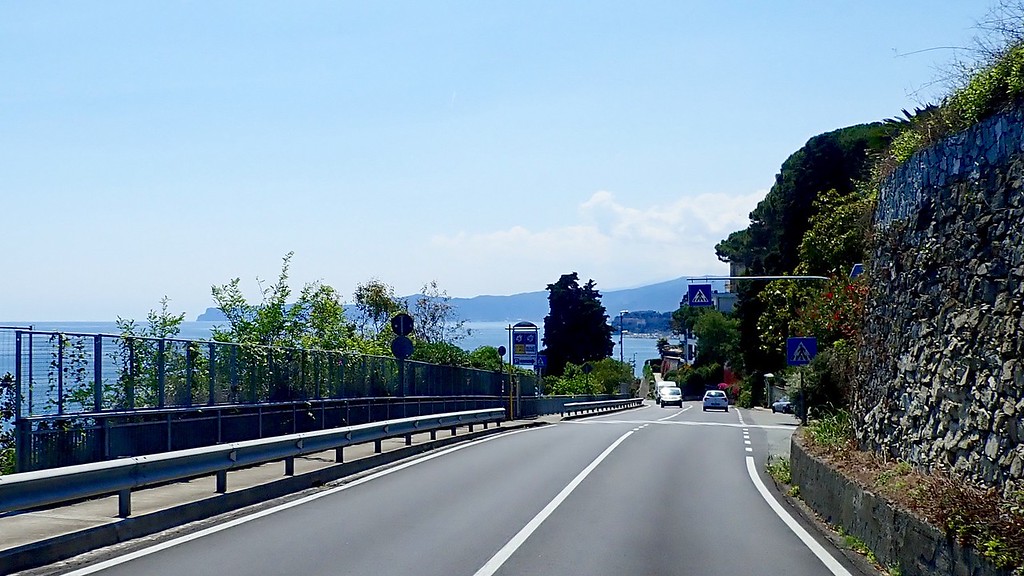 Our hotel room for the night, at Hotel Milton 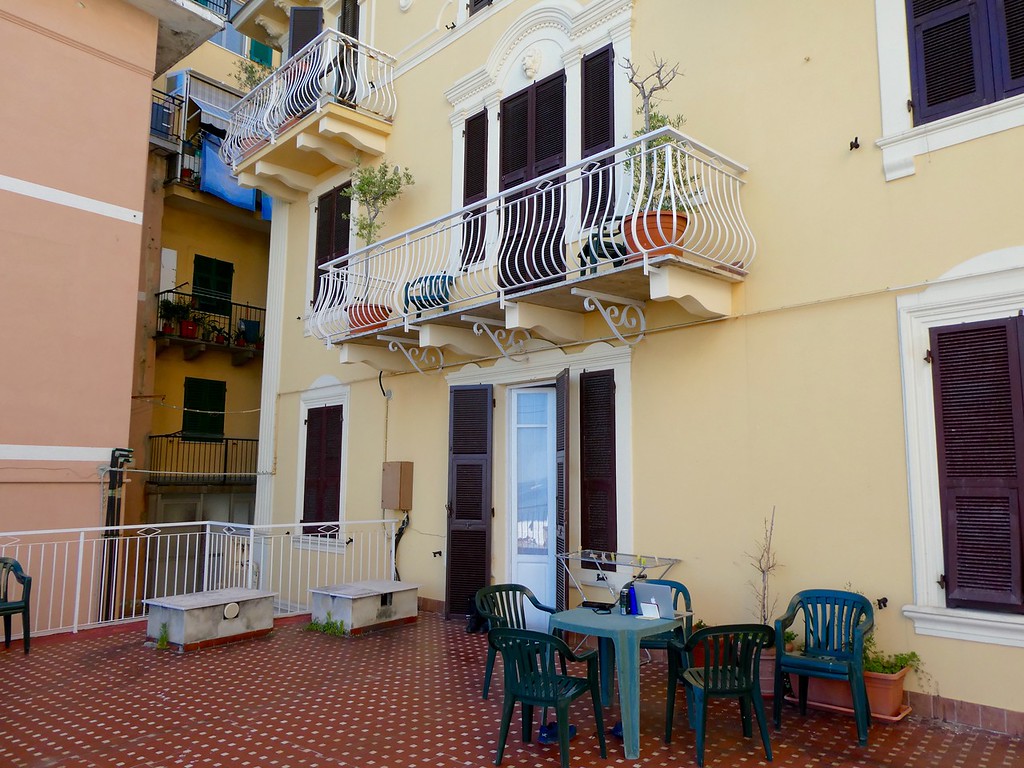 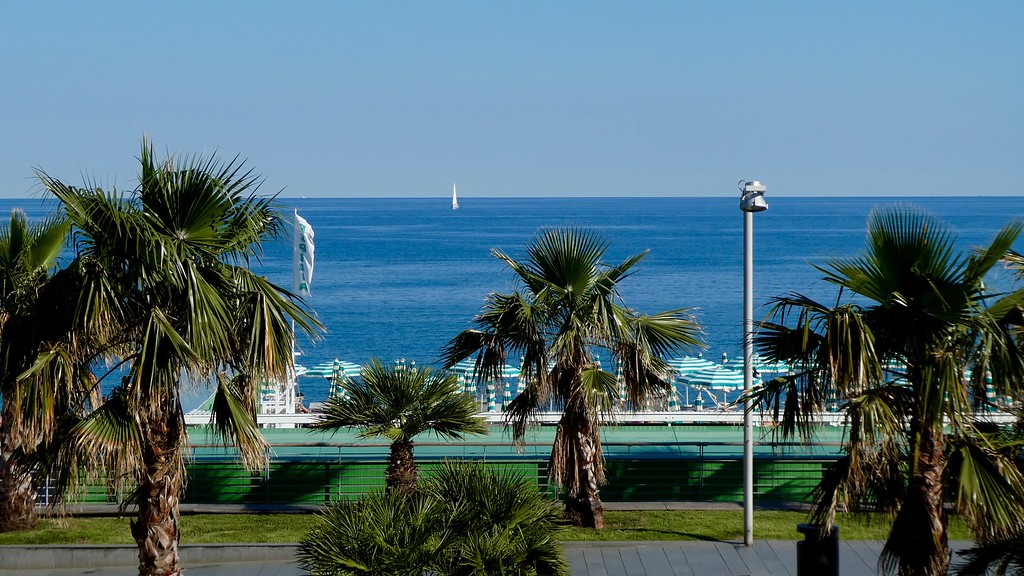 It was only mid-afternoon, so after unpacking the bikes and changing into sunny-weather clothes, we explored our new location. Our hotel was right across the street from the beach, so we first went there, but then quickly got distracted by the line of buildings that made up the rest of this town. 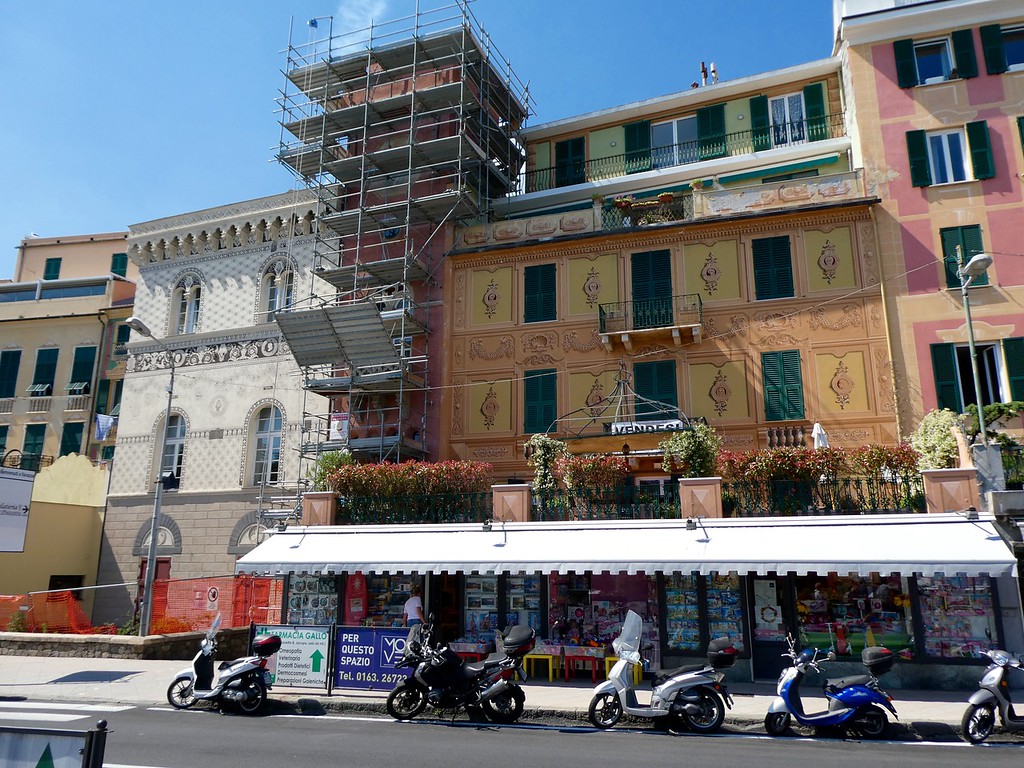 I think that this building could use a good dome… 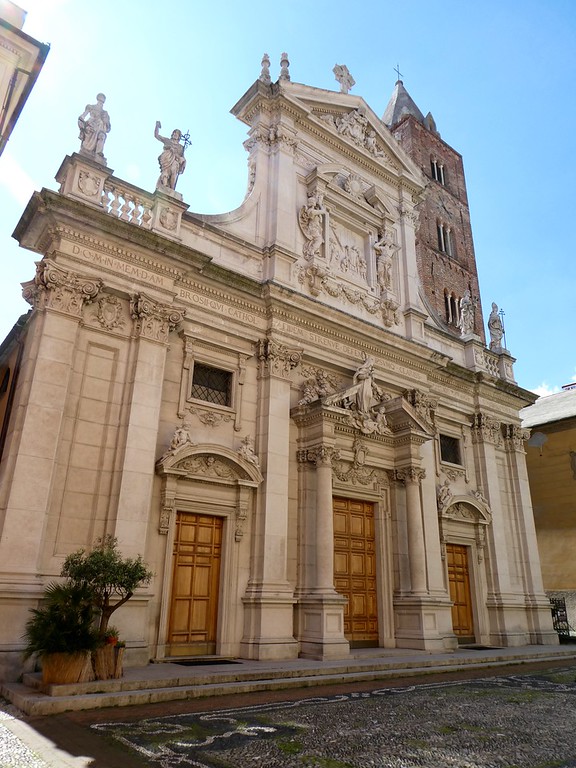 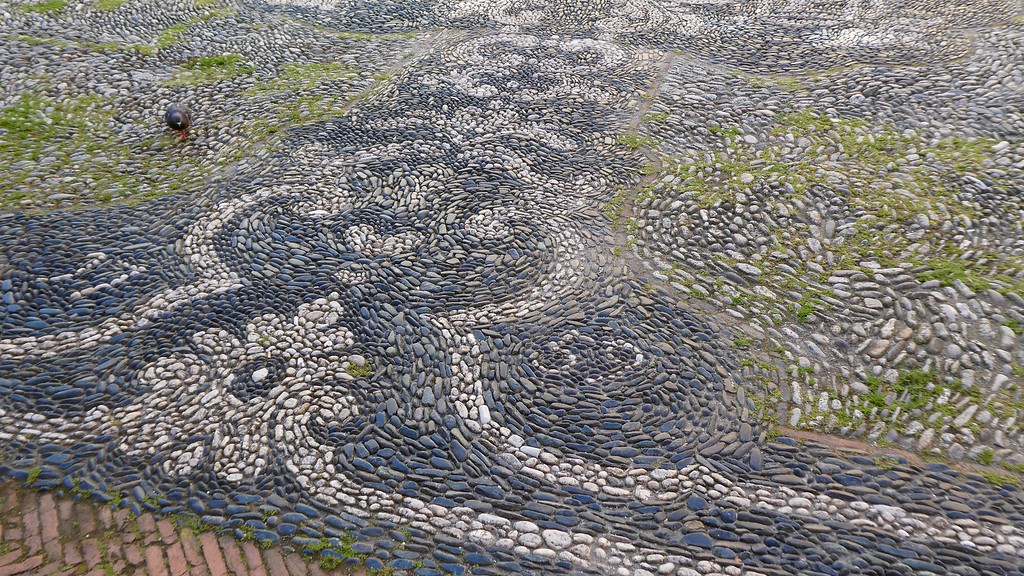 The relatively empty streets were enjoyable, after being immersed in the crowds of Florence 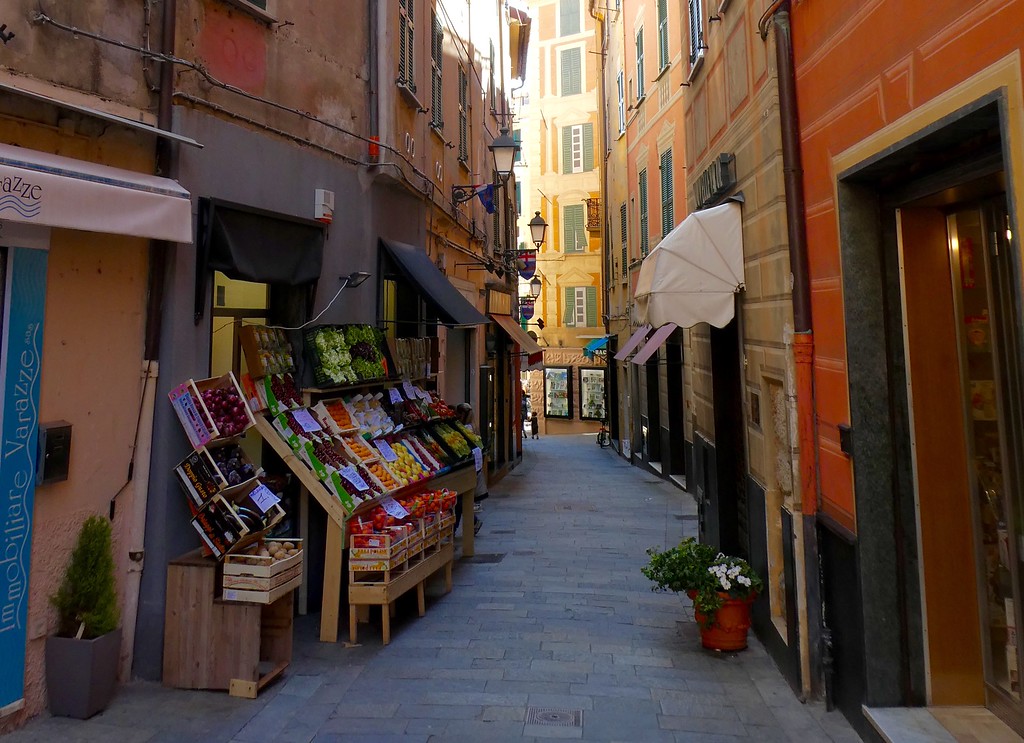 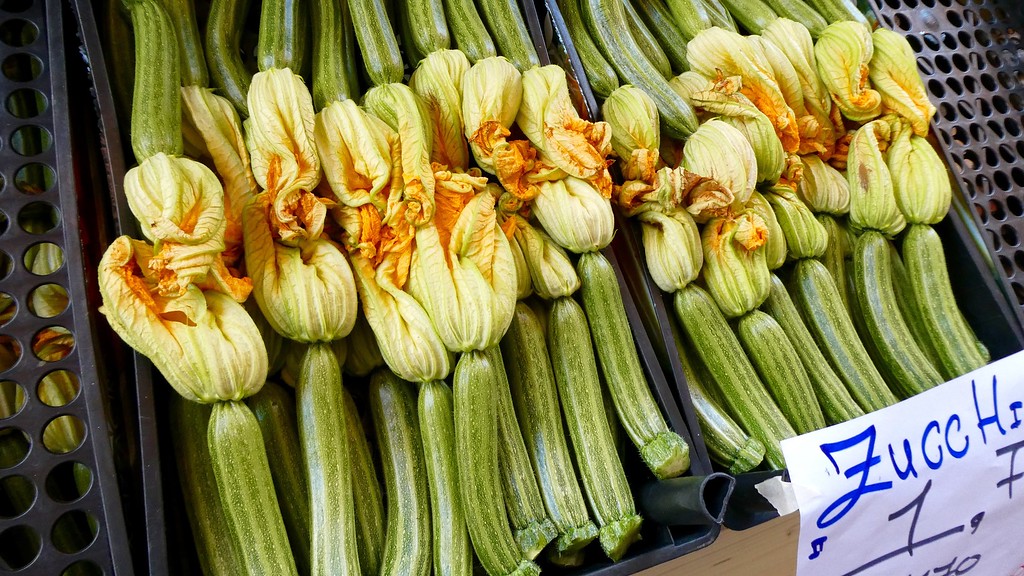 Verezze is tiny, and we reached the end of the central area in just a matter of minutes. So we turned around and this time went to the coast and checked out the large marina at the other end of town.

So much money sitting on the water here 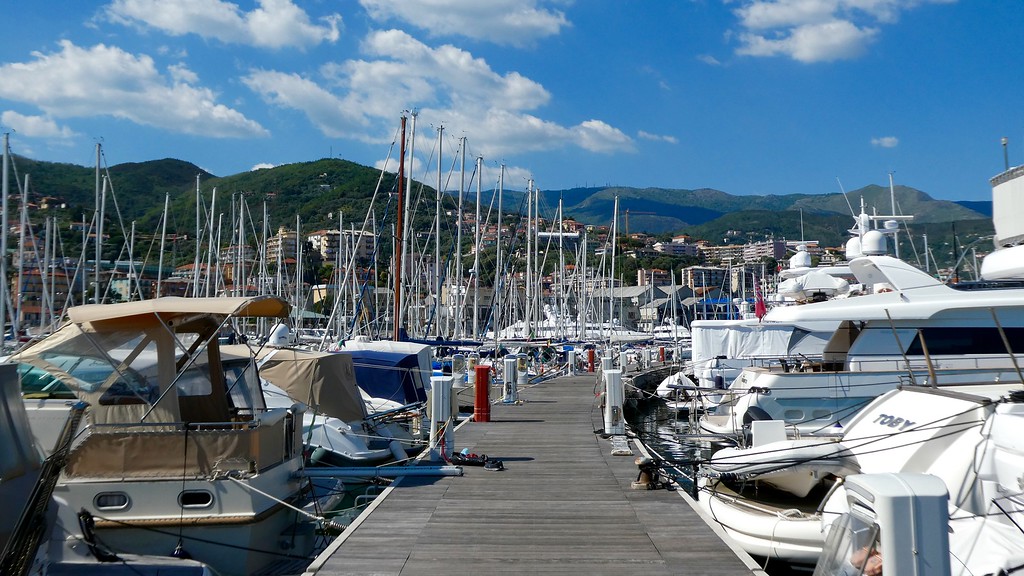 We were ahead of the high season – thank goodness! 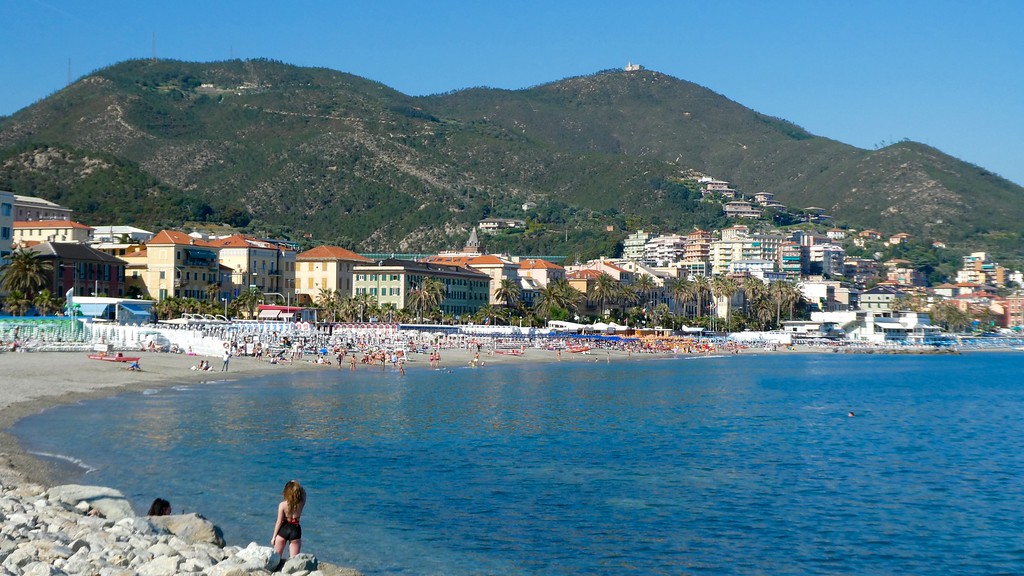 Heading out to sea

We played with the idea of what it would be like to have a mega yacht and cruise the Mediterranean and other coastal areas. What boat would we want? What would want in our boat? Where would we go? Where would be store the bikes? This would take some consideration, but not now. Now it was dinner time.

Dan found “the best restaurant” in Verreze but by the time we got there, there were no more available tables. Then we ran into one of the problems of staying in a small town in the shoulder season: the choice of restaurants was limited. We ended up going back to our hotel and eating in the restaurant there. The pizza I had was good (very good, even) and Dan enjoyed his meal as well. After our meal we retired to our room, happy to finally have a good internet connection so I could make more preparations for tomorrow’s ride.