We had looked at the weather forecast and it didn’t look good for riding.

We delayed our tour of the countryside and instead focused on exploring Florence. We had scoped out the bus into the city and it would be easy: a quick walk down the hill to the main road and then a bus would take us straight into the heart of the historic city. It took an hour to get there, what with the walk to the stop, the wait for the bus, and then the thirty minute ride in. But hey! It was just 1.50€ and we got to see a bit of the suburbs on the way, not to mention the high number of students that crammed their way into the bus. The ride into the city was anything but quiet, but everyone was polite, and usually tried to make room when the bus stopped to gather more people.

“End of the Line” bus stop

I had cleverly taken an old map of the city center and highlighted key features that I was interested in seeing. It made it a lot easier to organize things so we weren’t traipsing back and forth all of the time! Dan expressed interest in the Medici Palace but suggested that we look around the area before committing to going into an attraction. We had only just gotten off the bus, so that seemed like a fair approach.

And off we went, exploring this ancient and historic city. Here is a smattering of our first impressions. 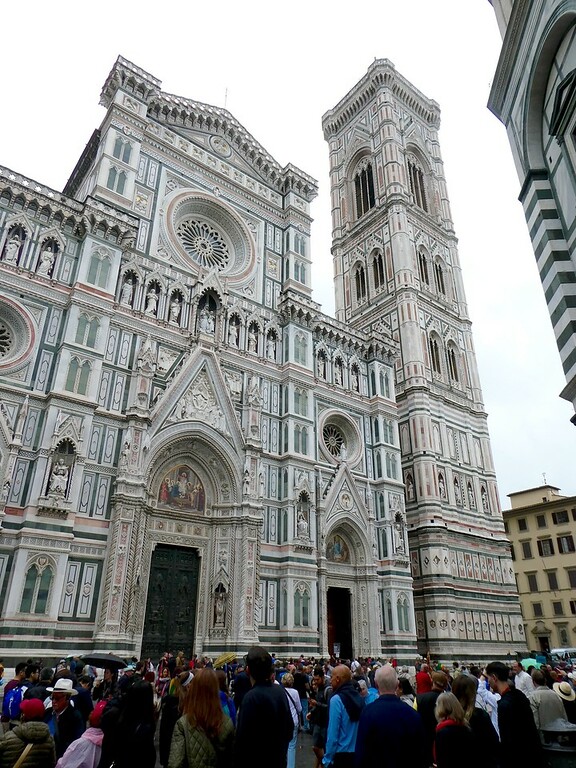 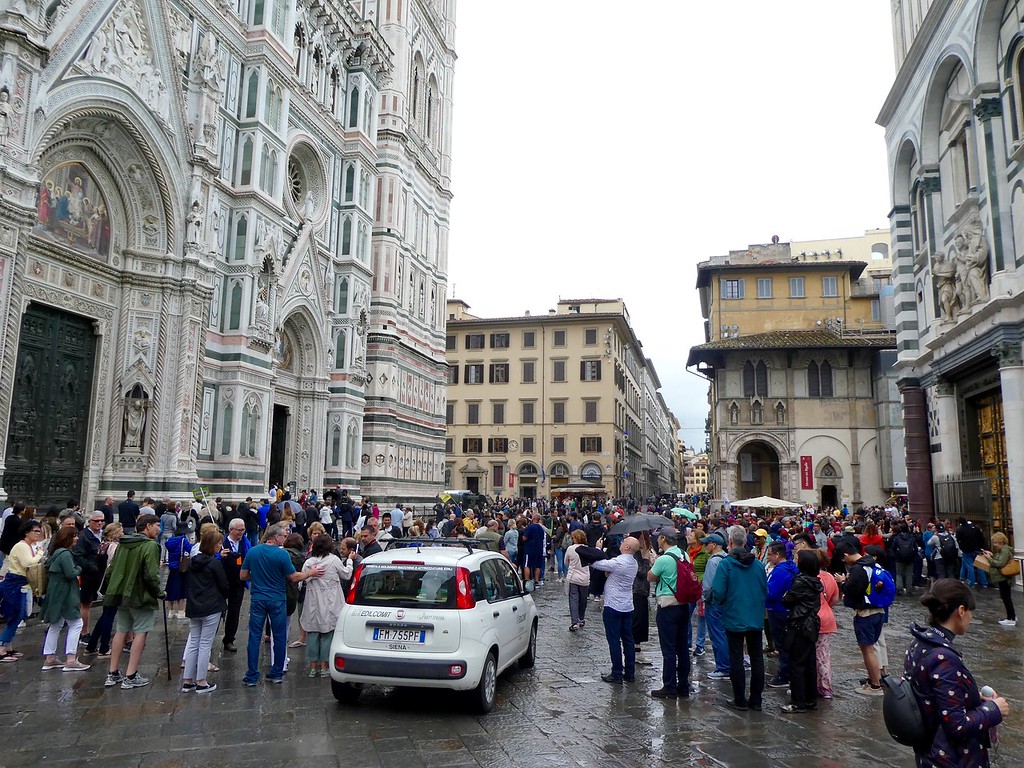 In my pre-trip research, one of the “do not miss!” things to do was to climb to the top of Cupola di Brunelleschi (the “Dome”) in the Cattedrale di Santa Maria (the “big cathedral” in Florence). I read that this could sell out, so as soon as we could find the ticket office – not an easy thing to do – we made reservations for the next day. Ok, now it was time to go back out and continue exploring!

While our tickets weren’t good for the Dome until tomorrow, they DID include some things that we could take advantage of today. Like climbing the bell tower.

Four hundred stairs! It will be a good warm up for tomorrow

A sneak peek at tomorrow’s adventure 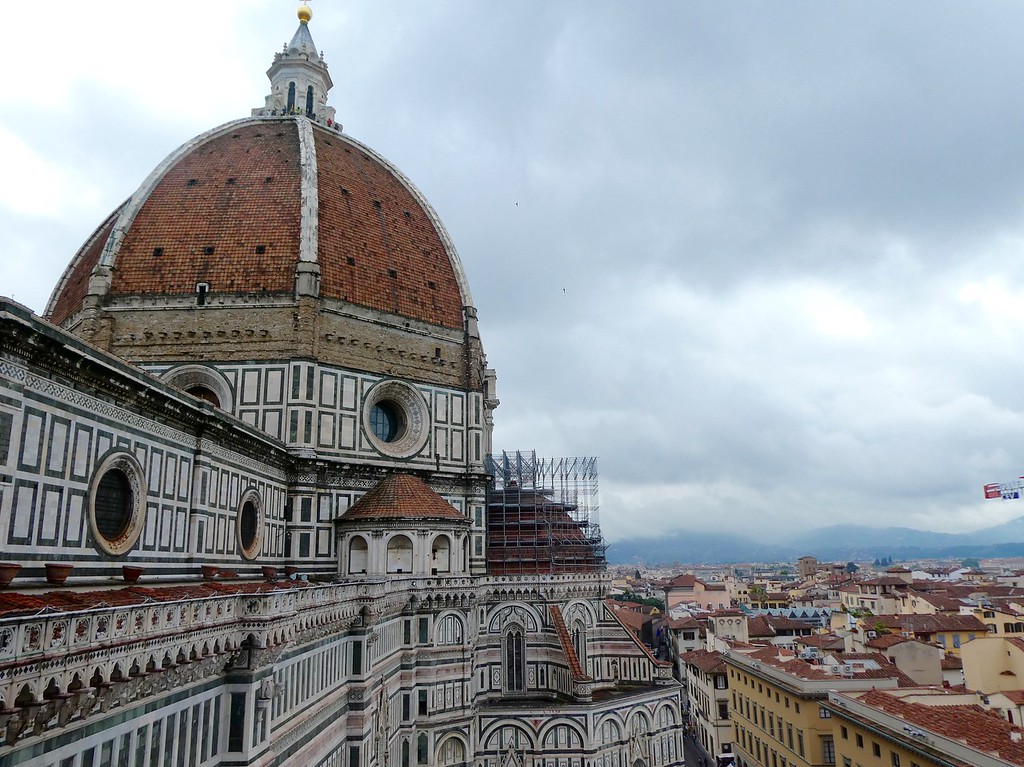 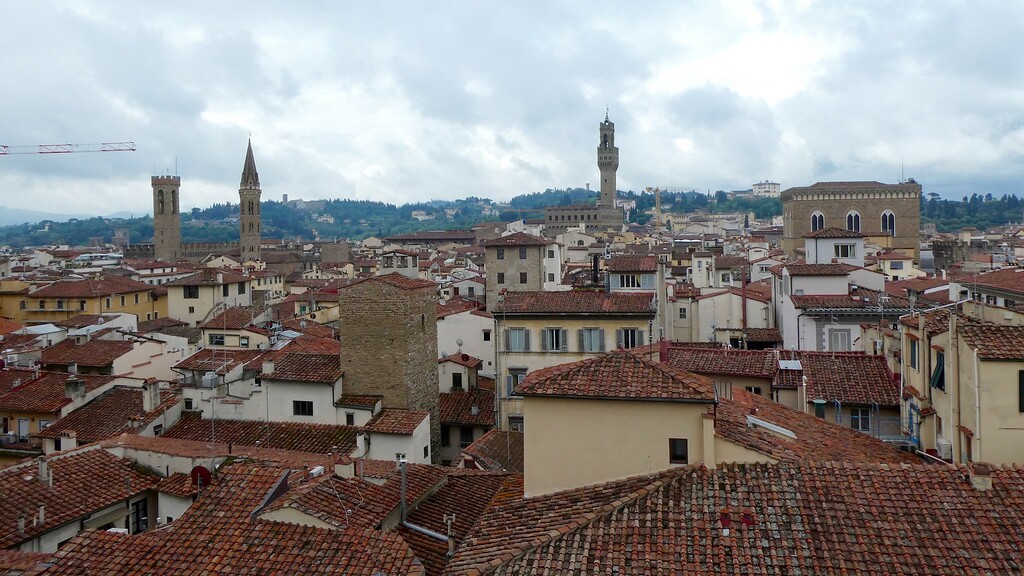 View of Basilica of Santa Croce 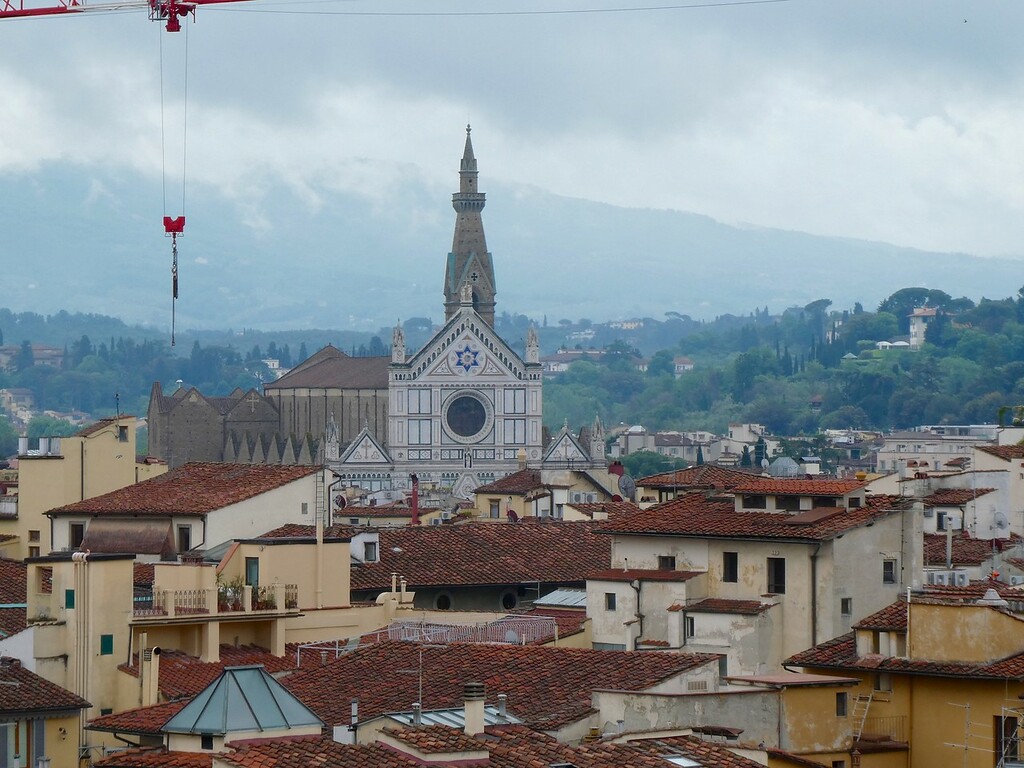 We ascended and we descended. The views were great from the bell tower, and the narrow steps were tricky to navigate with two-way traffic, but it was definitely a good opportunity to see the architecture up close.

We meandered the narrow streets, considering something for lunch, when a sudden rain burst sent everyone scurrying for cover. We had talked about buying an umbrella, but stood under an eave instead. It was pleasant to feel the cool air and see the light reflected off the paving stones. When it wasn’t a downpour, of course. 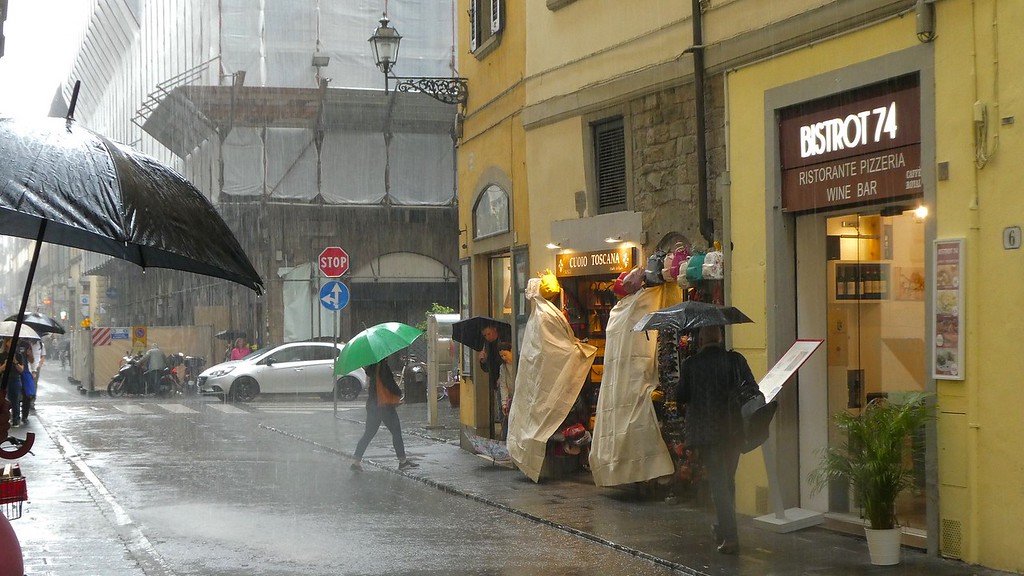 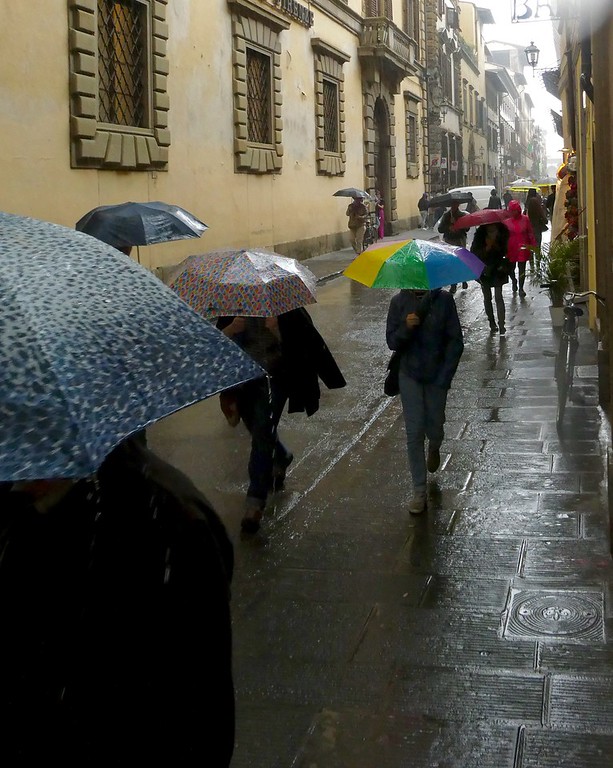 We found a nice little shop for lunch, and relaxed with our sandwiches while the rain did its thing. Post lunch, Dan suggested the Leonardo Da Vinci Museum. We are both fans of this engineering wizard and looked forward to visiting the museum.

There were a lot of interactive exhibits and some really nice builds based on his designs. That being said, Dan and I both felt…underwhelmed. The museum space was rather small, the exhibits “nice” but not “amazing”, and it seemed like it really wasn’t worth the cost of entry. 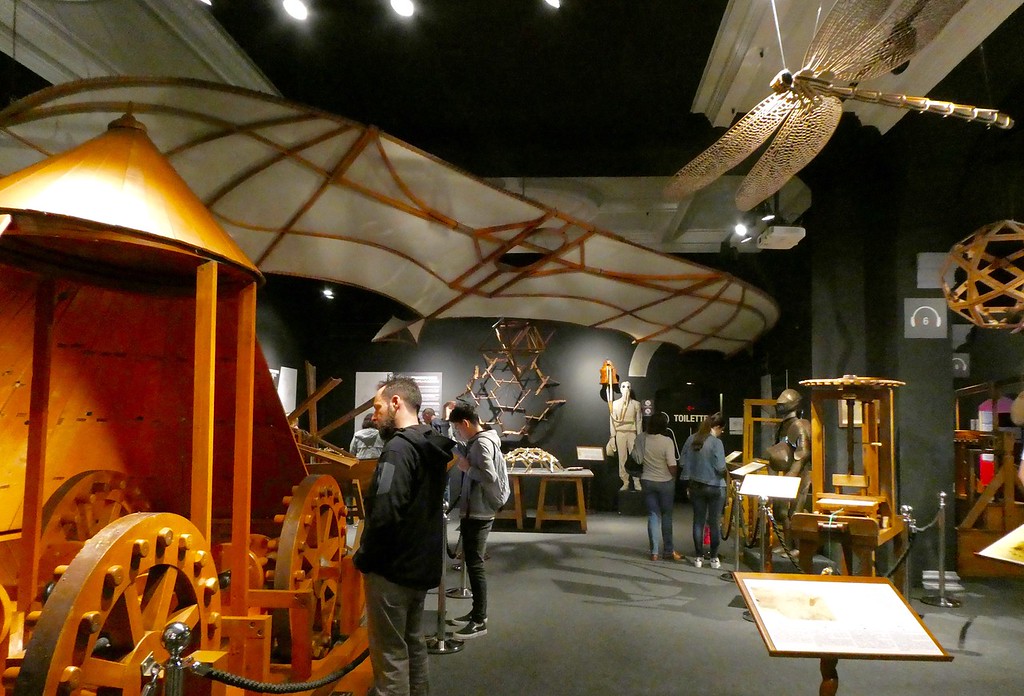 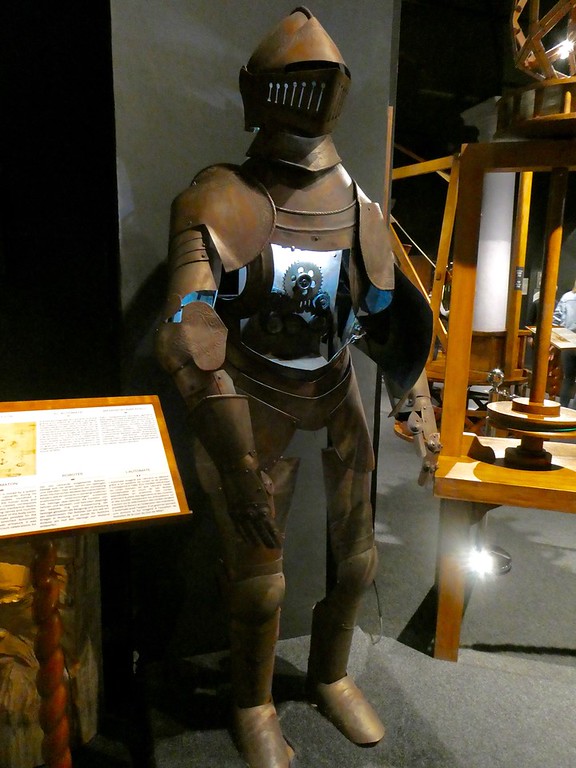 At this point, we just gave up on the museums and wandered around some more. 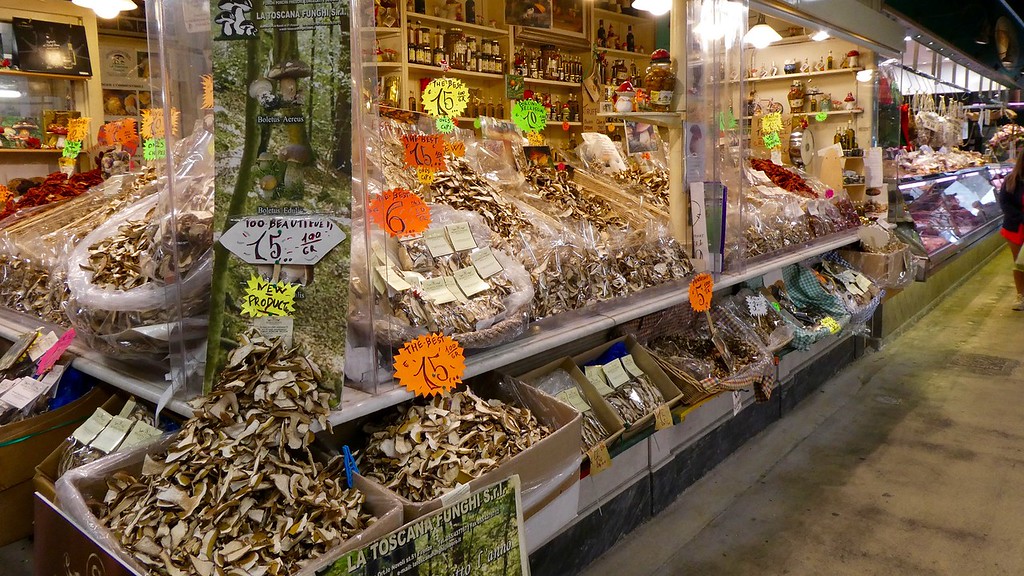 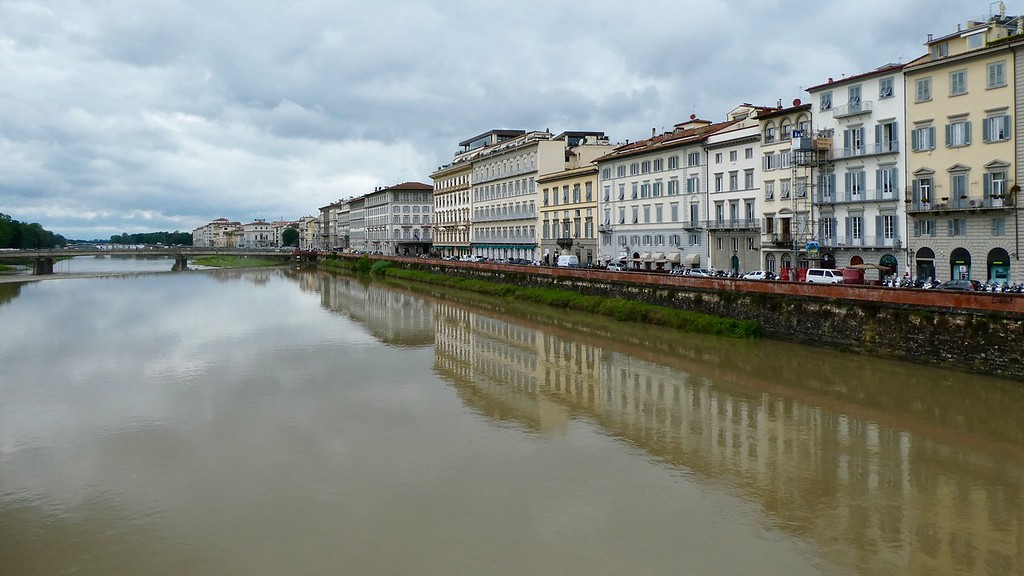 Did you ever see something “famous” but not really know much about it, let alone where it was, and then suddenly find yourself there? Well, that’s what happened to me. We were crossing over the Arno river and when I looked up stream, there it was: Ponte Vecchio.

The bridge, spanning the Arno river since the Romans settled the area, has been rebuilt a couple of times in its 1,000 year history. In 1593 the Medici Grand Dukes prohibited butchers from selling on the bridge. And if you can’t sell meat, what is the next logical material to sell? Apparently gold, for the butchers’ empty stalls were immediately taken by several gold merchants. Even today, this decree is still valid, and the bridge supports a surprising number of jewellery shops. 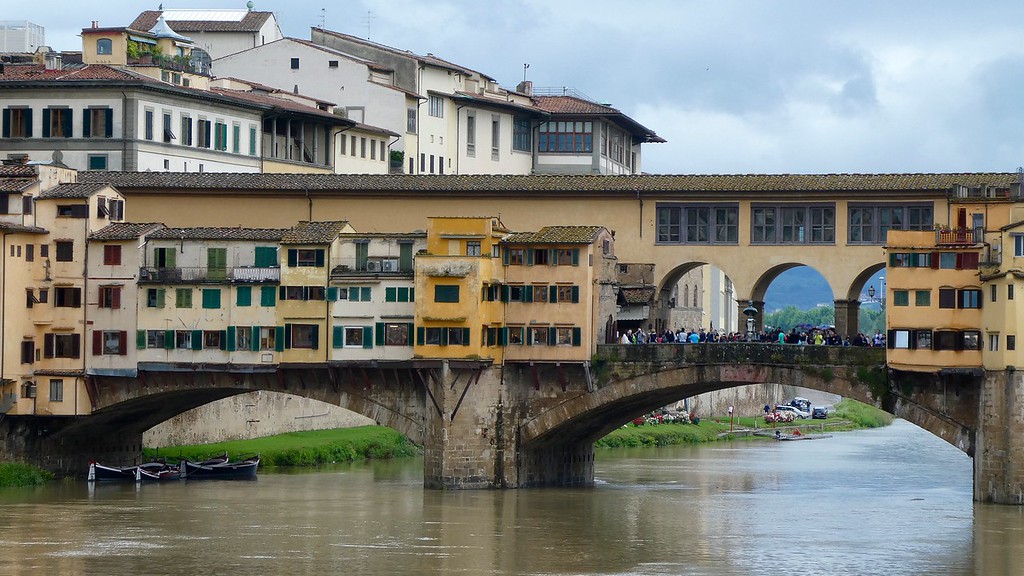 Shops (and people!) on the bridge 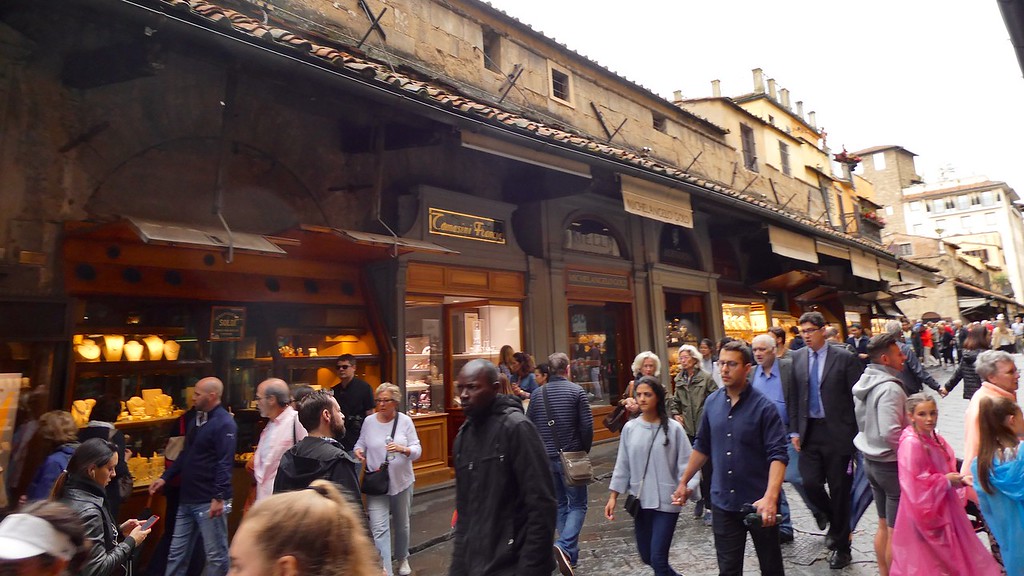 “Get off my nose! That tickles!” 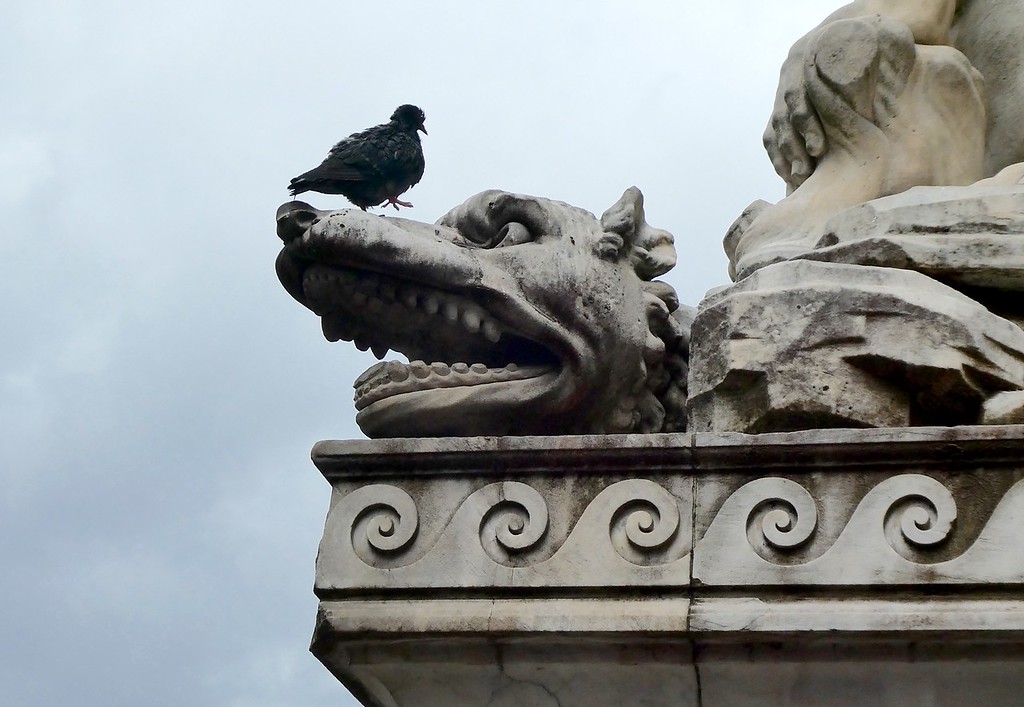 Our wanderings had brought us to Piazza della Signoria, apparently the home of wayward statues. There was an amazing array of statues gathered here and it gave the Piazza an almost “flea market” feeling. “Get your statues here! Statues! Best selection anywhere!” 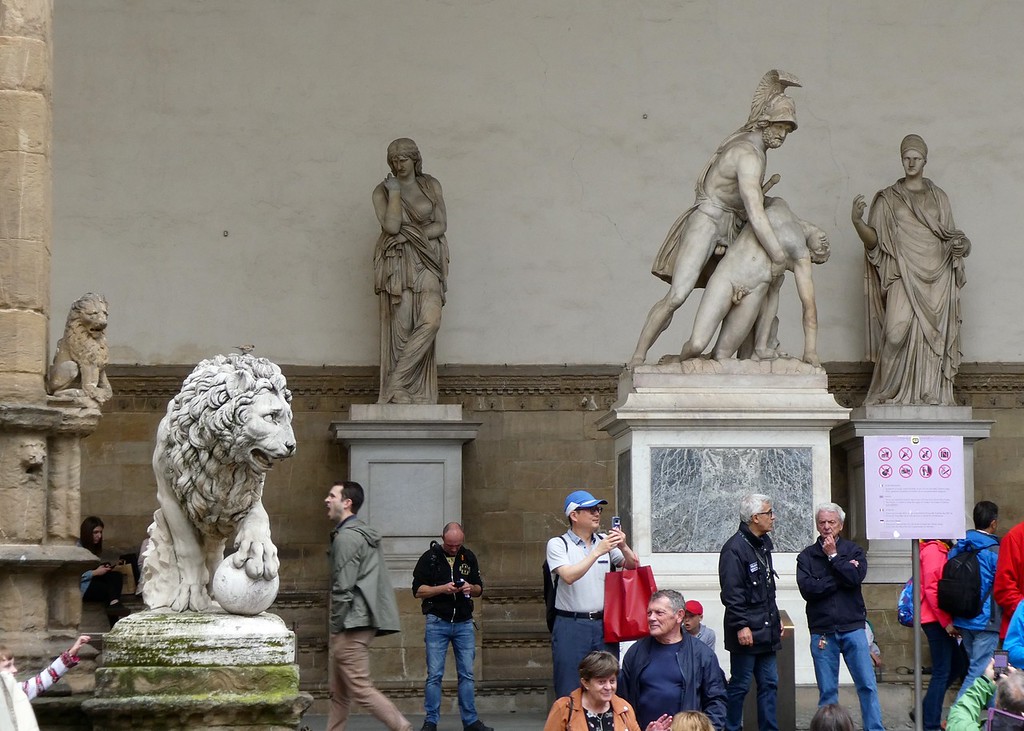 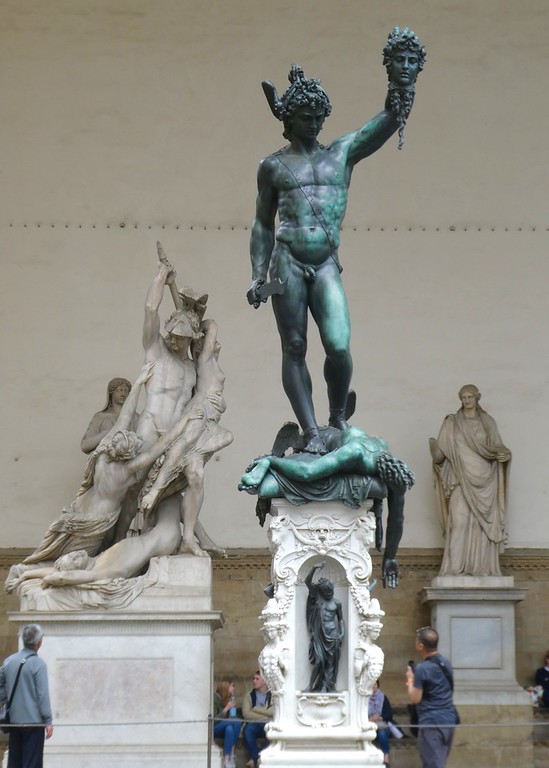 We had run out of steam. We found a place that sold fresh ingredients and Dan picked out some nice things so that he could make dinner for us again. We found our a bus stop that would get us “home” and called it a day. We had walked 12 kilometers, and tomorrow would be another big city day! 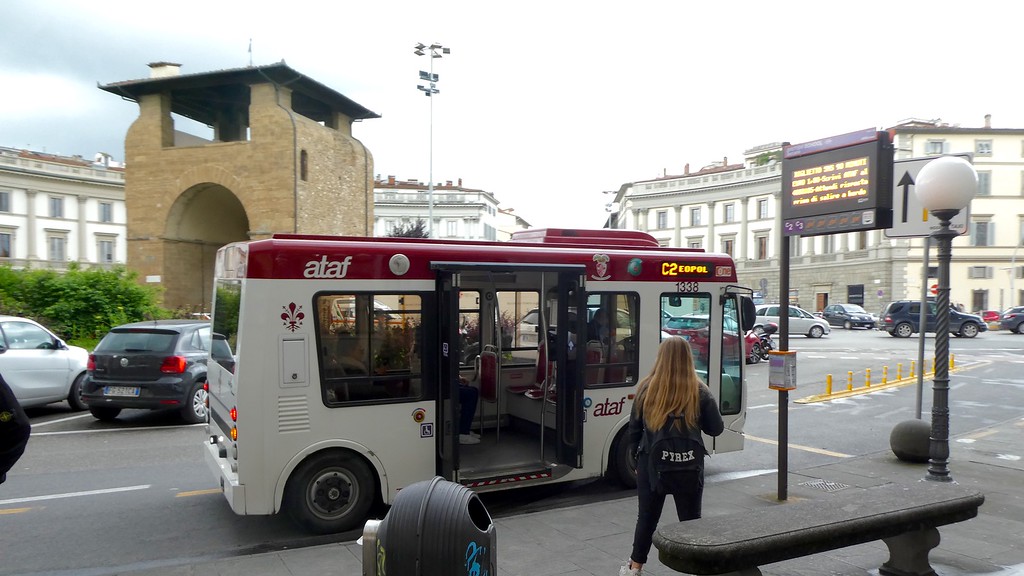