We planned to stay a second night in Poio so there was no need to waste time in loading up the Teepee. Instead, we got a slow start to the day, mostly due to the antics of the previous evening. Eventually we piled into the car and headed west, into lands previously unseen by us. The first stop was a random pull-out with a great view of the bay. It was marked by a giant scallop, as part of the St James Way. We could see mussel farms floating on the surface, a sure sign that our dinner last night was fresh. I learned that this bay, Pontevedra Bay, was known for its mussels, but the next bay over, Rigo Bay, was known for its oysters. I don’t know if one bay was really better suited than the other for that particular purpose or maybe it was just an economic decision made at some point. Either way, I found it an interesting division. 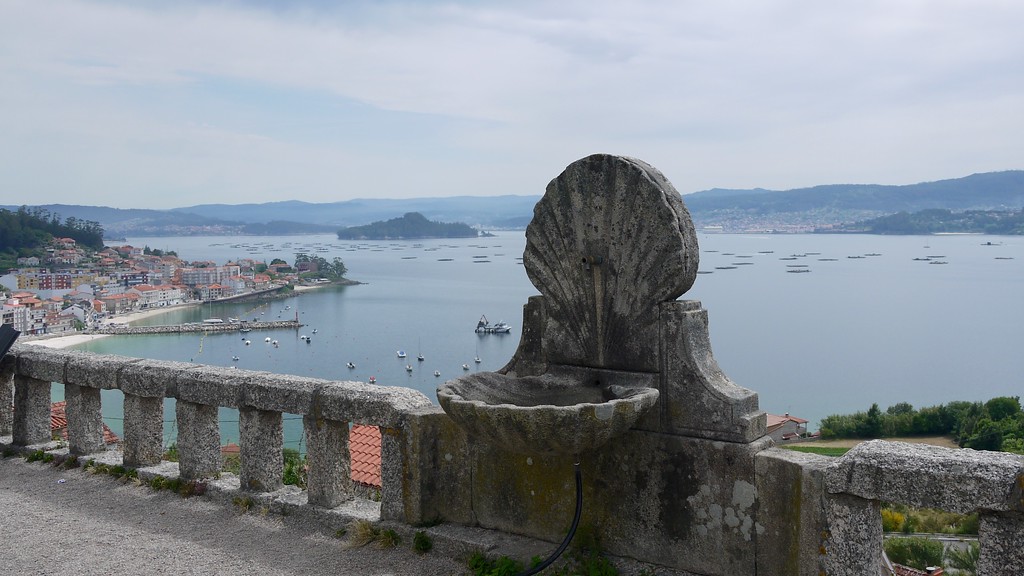 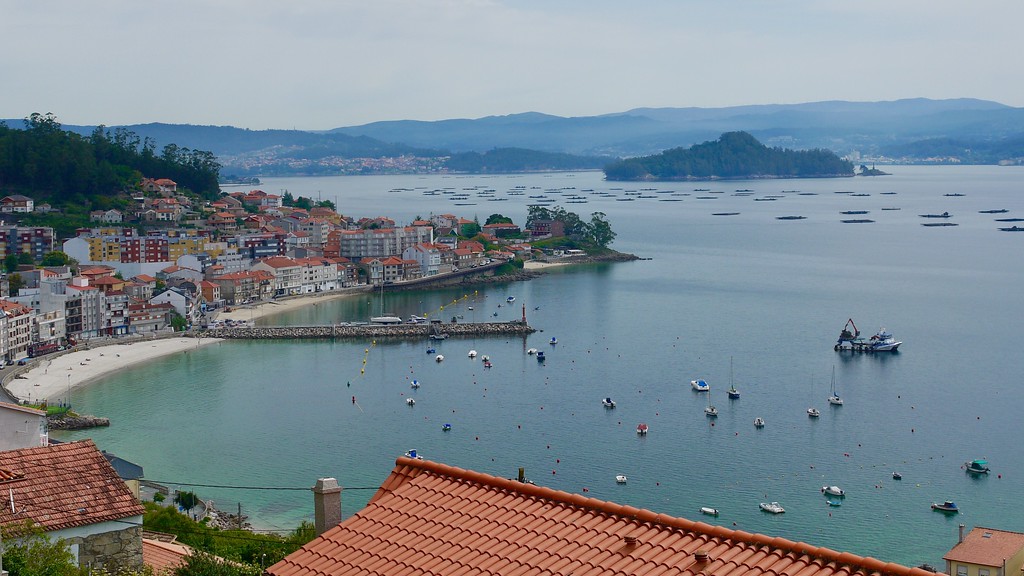 We reached the end of our tour in the town of O Grove. This was clearly a tourist destination, although I think primarily for a local rather than international crowd. There were sandy beaches, the usual tourist shops along a waterfront street and a ferry boat docked at the port. 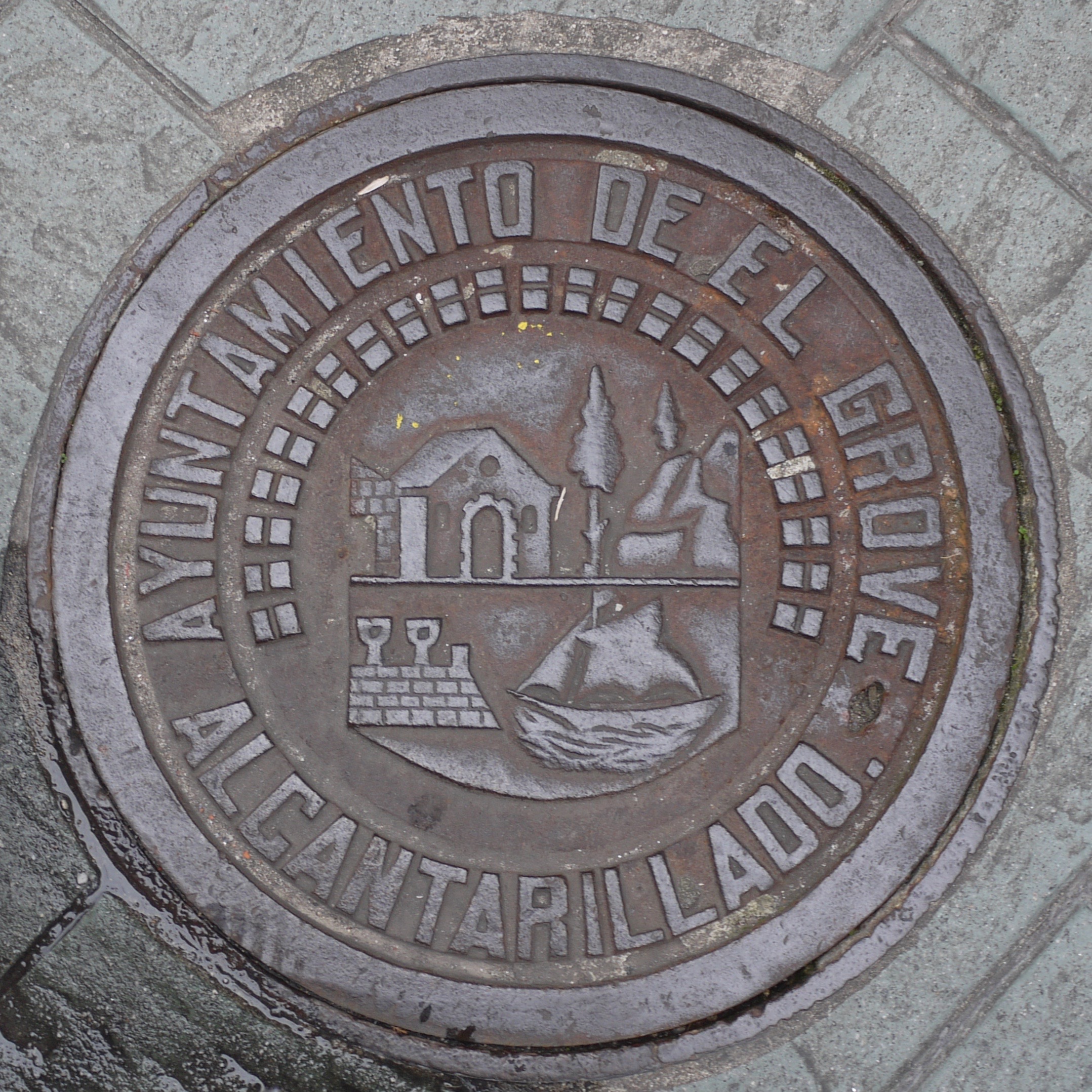 For being a touristy town, there wasn’t a lot to do. We wandered around the city streets and poked our noses into alleys and small shops. We stumbled upon a couple of music scenes. One was a festival complete with a stage and seating in a small open square. The second was much more informal: bagpipers were providing entertainment for a private party on a side street. Bagpipes? In Spain?

Much to my surprise, I learned that there is a suggested connection between Ireland and Galicia (Galicia is the area encompassing the northwestern provinces of Lugo, A Coruña, Pontevedra, and Ourense). Many similarities have been found between the two cultures, including ruins, artifacts and history of the region. Of course, nothing has been proven to confirm any real relationship, but I can see why there is such strong speculation. And I was looking at some of the evident right here. 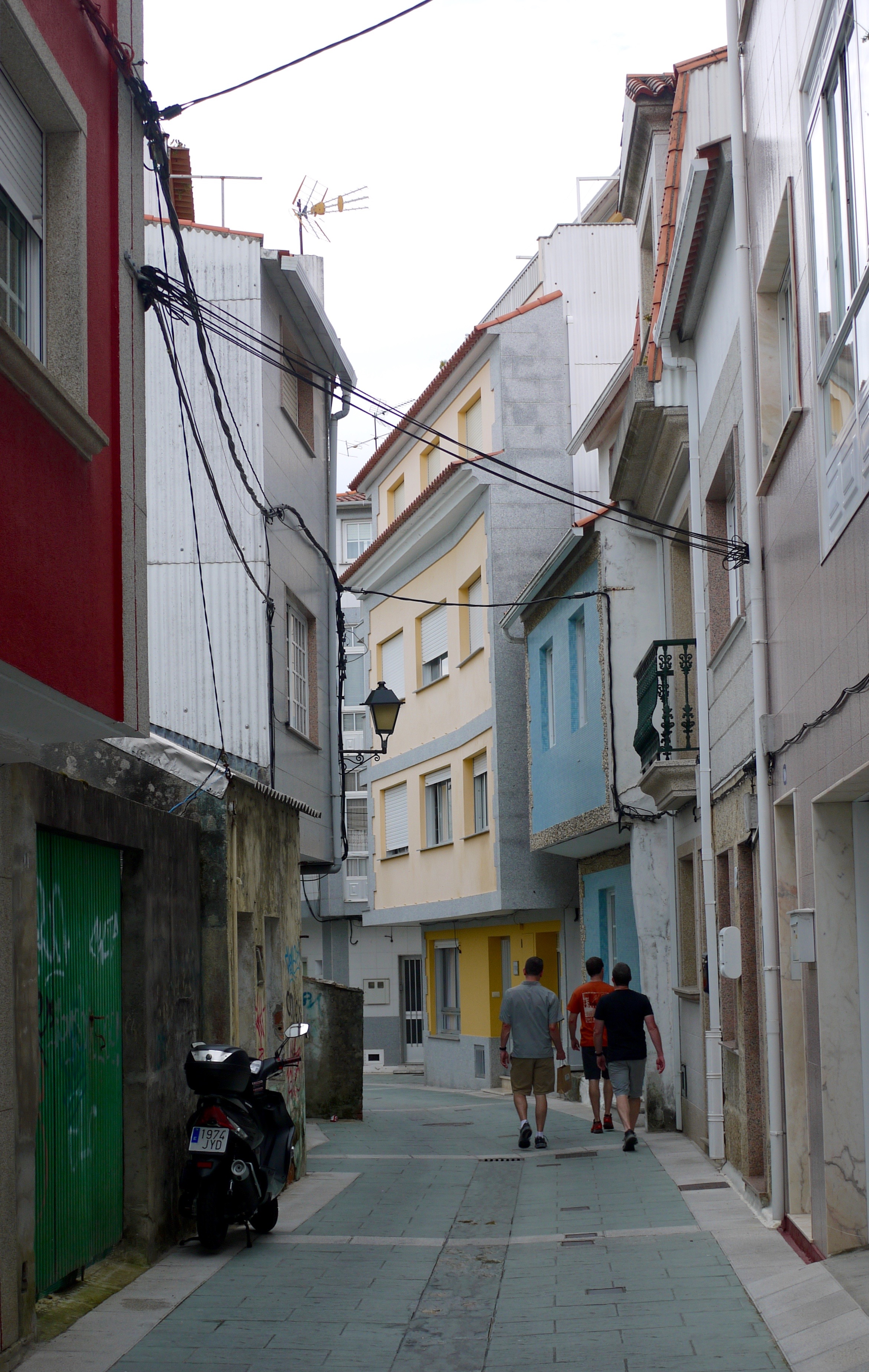 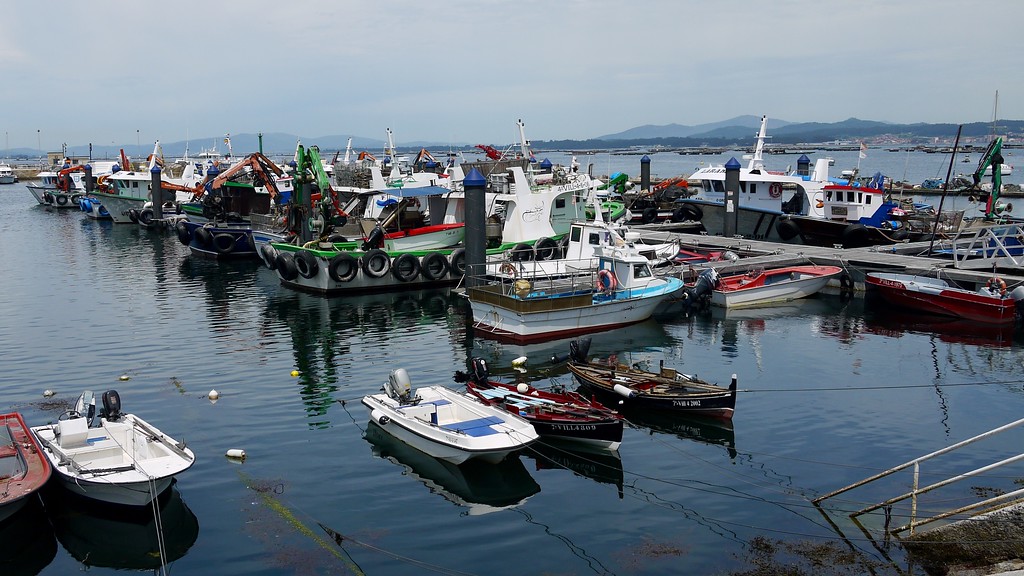 We wanted some history. Sure, we had seen a Roman-walled city, and a (barely) Roman bridge, and pre-historic cave paintings, but there were other people who lived here thousands of years ago. So what was near to the town of O Grove? We had no idea. Someone had a map of the area but the icons were not very clear. “Something historic” was nearby so we followed the map to the supposed location – only to find ourselves sitting in a roundabout in front of a Primary school. Ok, on to the next site!

The next stop was much more interesting. It was a necropolis (again from Roman times) sitting high on a promontory on the ocean. There were a couple of active archeology sites (“active” in the sense that there were fenced off holes in the ground but not one was actually working on them while we were there). The few buildings on the grounds were in exceptionally good shape. So good, in fact, that it appeared that they had been rebuilt within the last 100 years or so – which was probably the case. Disappointed with our search for history, we decided to just relax at the pool for the rest of the day and prepare ourselves for another night of eating. 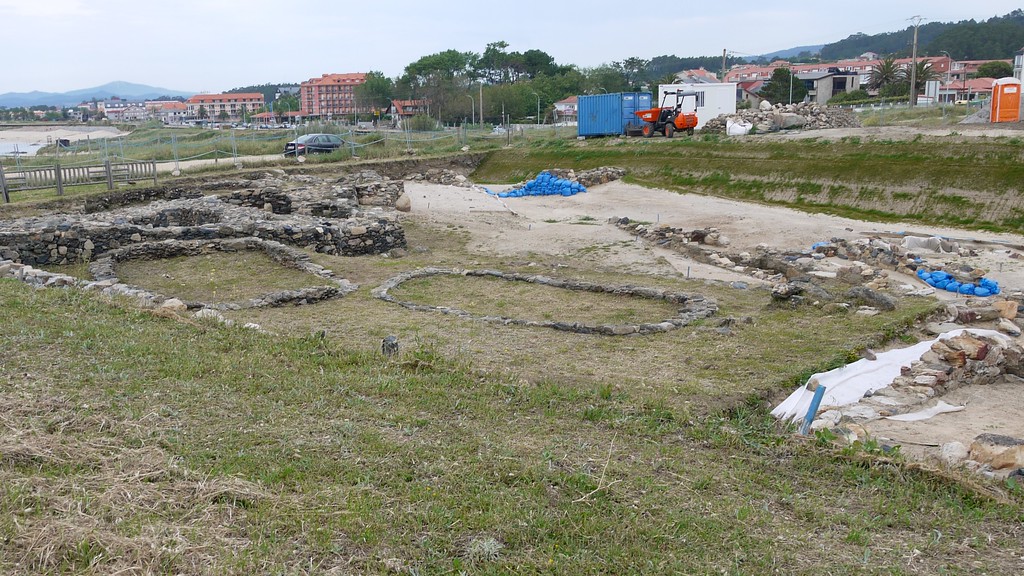 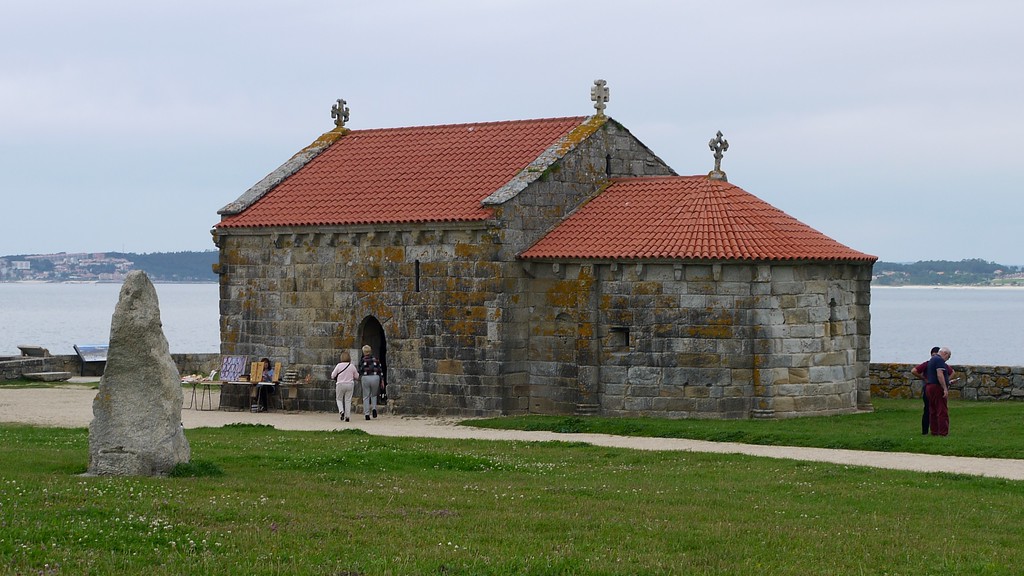 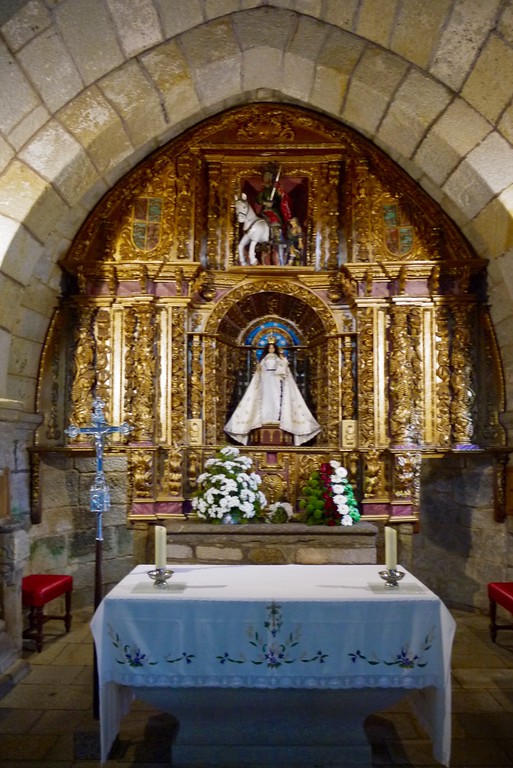 The area of Spain we were staying in was known for its seafood, as we experienced last night. We had enjoyed the tiny fishing village and decided to return. This time we had time to wander the streets from one end to the other and enjoy the view of the mud flats at low tide. We walked passed the restaurant from the previous evening and looked for another option. 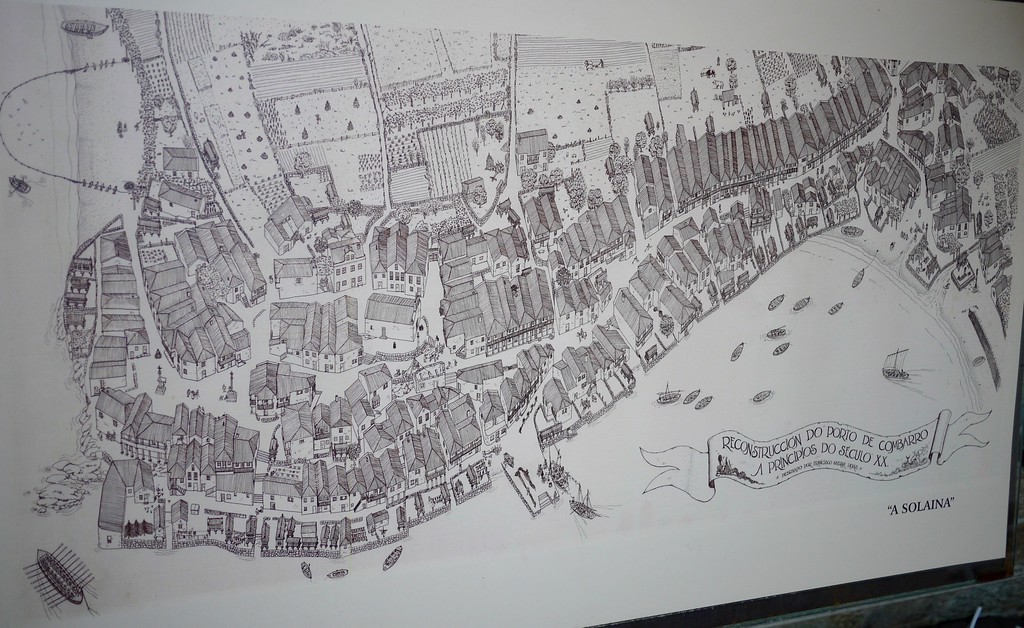 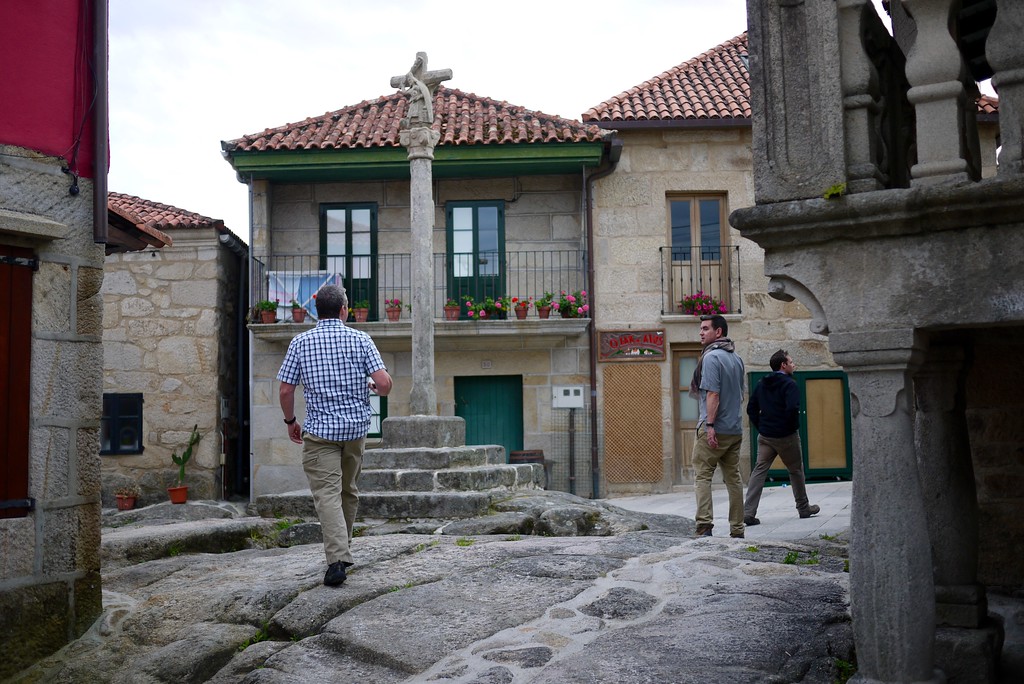 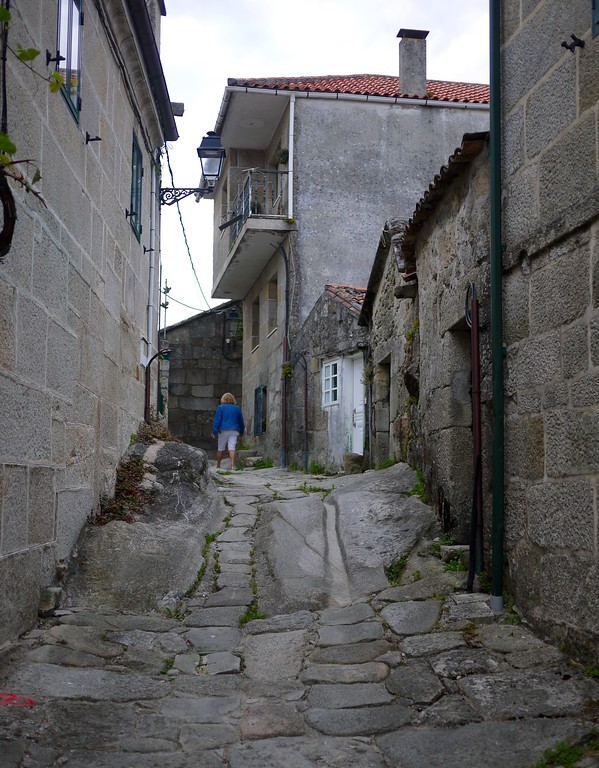 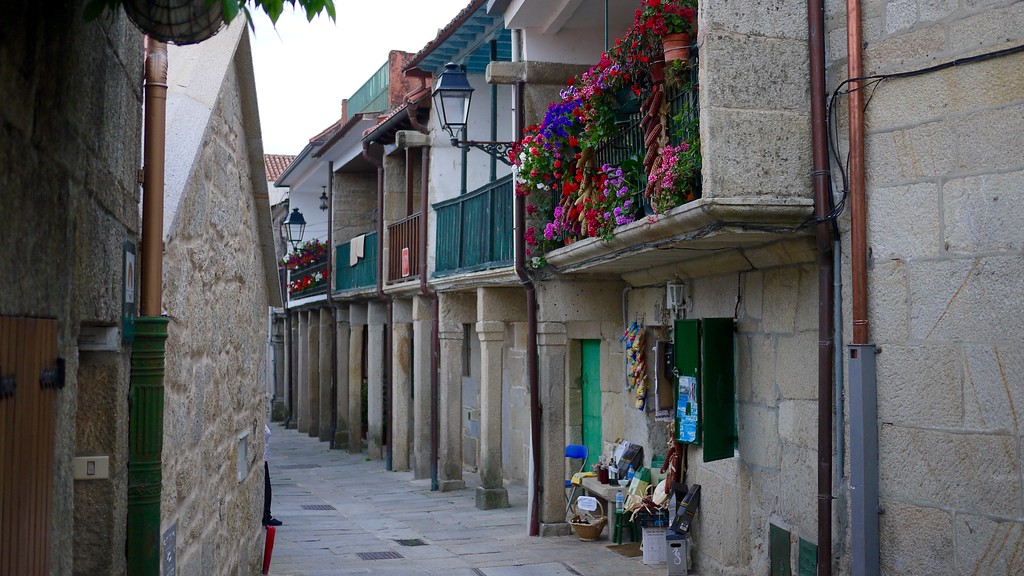 Scattered throughout the village of Combarro were these strange stone buildings up on stilts. My initial thought were little mortuaries, one for each family that lived there. But the sides were not solid and the structure seemed a little excessive. So what were they? I found out later that the were built to store grain in them. The stilts kept the rats from eating the grain and the ventilated sides allowed for air circulation to prevent a build up of moisture. It was ingenious and (to my modern eye) added a unique facet to this already interesting village.

Horreos for the storage of grain

Each one is unique 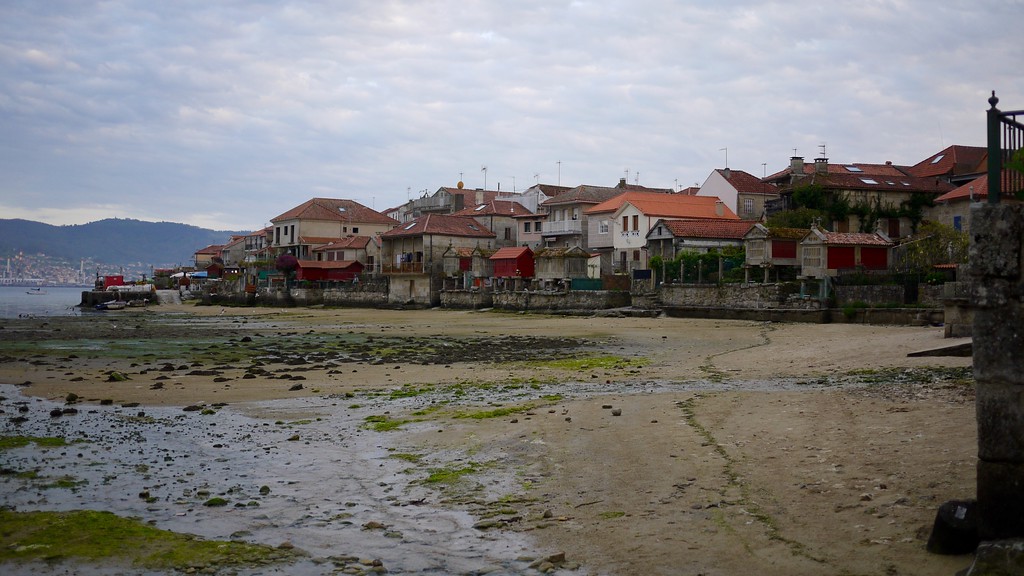 I found a place for sale! 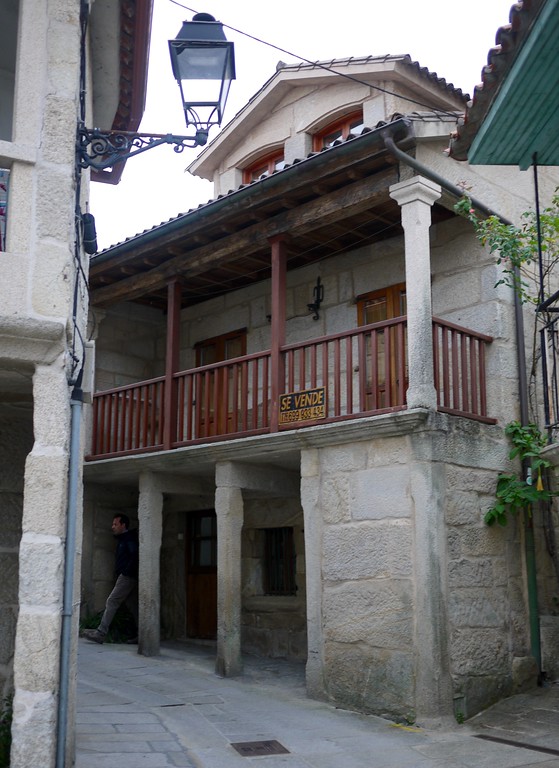 Good view of the stilts 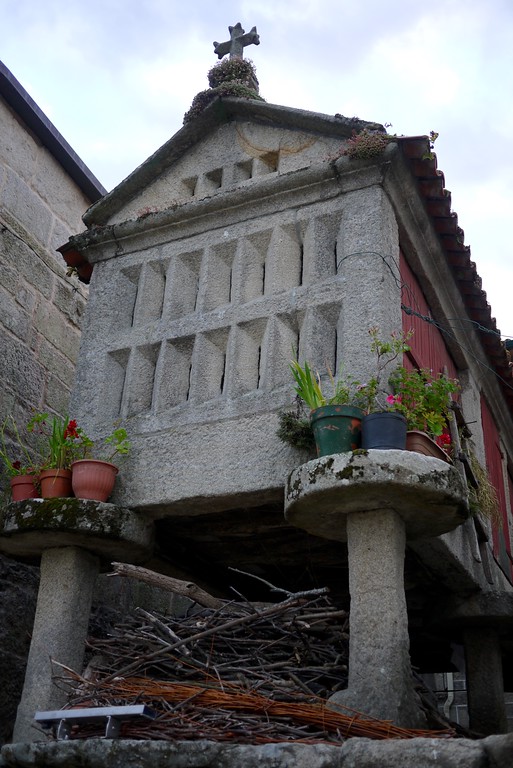 We chose our restaurant with ease, as it was early on a Sunday evening and the crowds were thin. The evening air could get chilly so we were happy to be enclosed by the glass walls. All the view, all of the comfort. 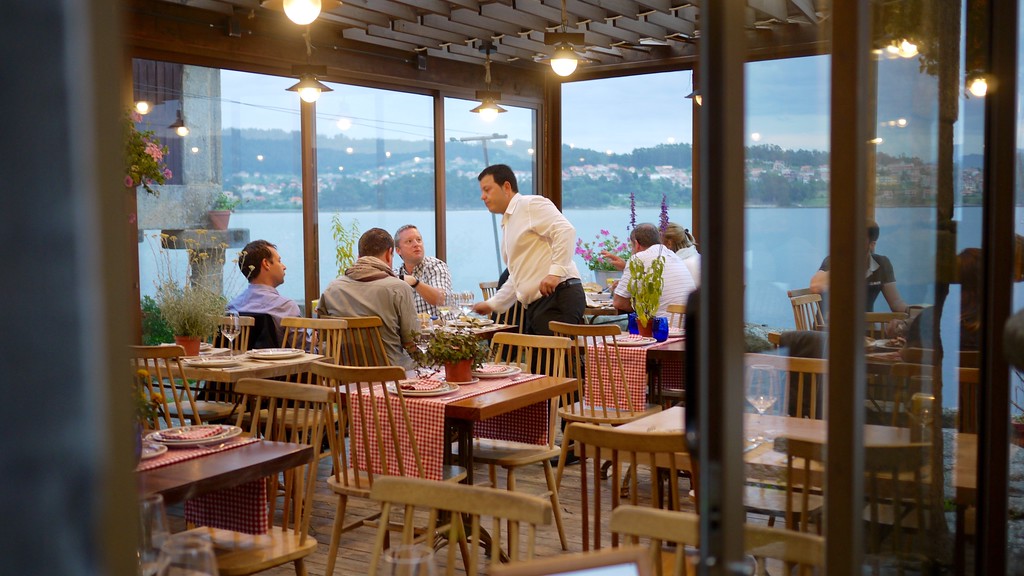 Tonight wasn’t as late (or as rambunctious) as last night and we made it back to our hotel rooms at a reasonable time. We had plans for the next morning, so it would be “early to bed, early to rise!”