The apartment turned out to be one of those “you get what you pay for” deals: it was noisy and a few small amenities were absent. But it was dry and and safe and convenient, which is really all we had asked for.

Yesterday, on our way to Gijón, we passed by The Cave of Tito Bustillo, home to cave paintings that are over 25,000 years old. We stopped by, wanting to take a tour of these ancient caves, but they didn’t have any space left for the day’s remaining tours. We decided to come back the next day.

A preview of cave life

It was now the next day. We piled into the car and pointed it east again towards the coastal town of Ribadesella. It was an hour’s trip ahead of us and Craig was at the wheel. I was just sitting back and enjoying the scenery when I heard a noise. A quiet “flap flap flap” from somewhere under the car soon caught everyone’s and the next thing I knew Craig was pulling off to the side of the road. We had a flat tire.

Unfortunately this happened at the beginning of a bridge where it was not safe to actually pull to the side, so Craig had to drive on the flat for a while, thereby completely destroying the sidewalls.

It was years since I have changed a tire but before I could even consider where the jack was stored (these dang fancy new cars), Dan and Craig were out of the car, had their safety vests on and the jack in position. 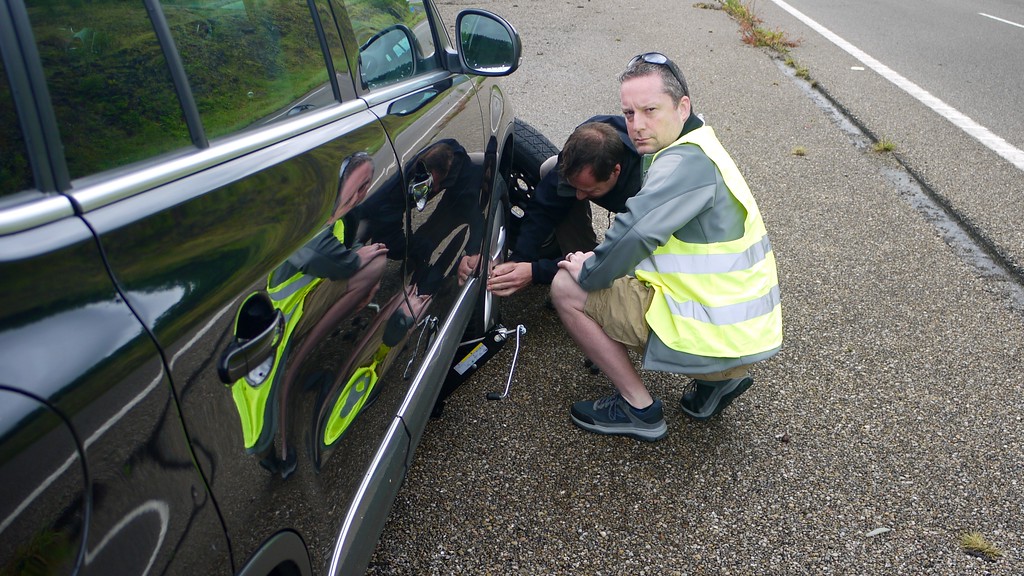 While Dan and Craig loosened the lug nuts, I took the emergency triangle up the road to warn oncoming drivers of our disabled vehicle ahead. I can’t recall what Aaron was doing, but he appeared busy.

Where we parked for the change

No sooner had I returned from setting out the triangle than I had to go back and retrieve it. The guys were quick! Of course now we had a rental car with a donut on the front – not optimum when we still had half of our holiday ahead of us. Craig continued to drive while Dan and Aaron worked together to contact the car rental agency and find a solution. In the meantime we continued on our original trajectory. No sense in letting the morning go to waste.

After a lot of back and forth on the phone, it was finally arranged to take the VW to the closest Europcar rental office. We didn’t need to be there until after noon, so we still had time to enjoy ourselves.

We parked the car at the entrance to Cave of Tito Bustillo museum. The caves accommodate only groups of fifteen people at a time which is why we couldn’t get in yesterday. We picked up our tickets and waited for our tour to begin. Sadly, the tour was conducted in Spanish so I had to satisfy myself with just looking at the pictures and making up my own stories. And looking up the information once I got home, too.

The entrance to the caves

The cave system here housed humans before 10,000 BC when, at some point, the entrance collapsed. This allowed for the almost perfect preservation of artifacts until the cave was rediscovered in 1968 by some local speleologists (people who like caves, of course). A new entrance was made and pathways created to allow limited access to this rich and important Palaeolithic site. Naturally, photos were not allowed (not that I didn’t try anyway), so I took a photo of one of the posters in the lobby. 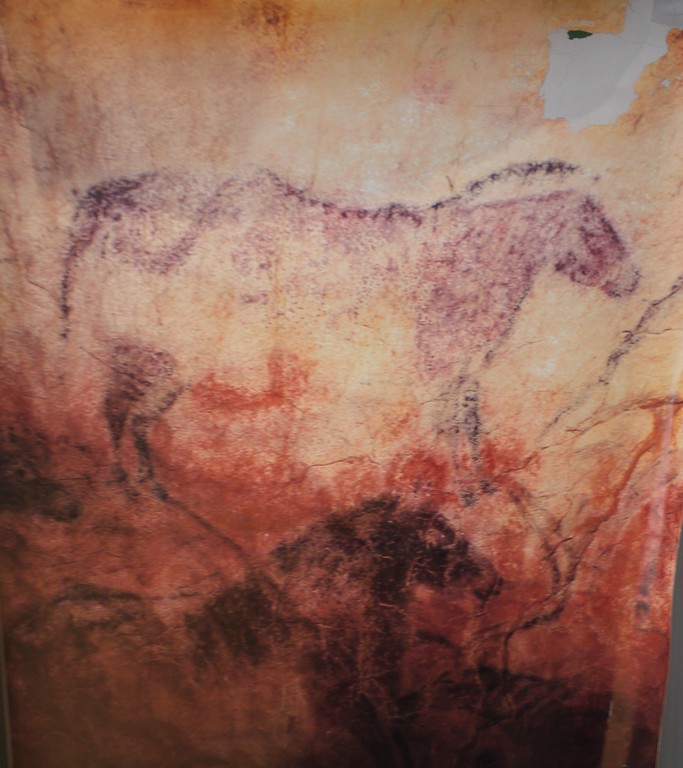 The view outside of the museum 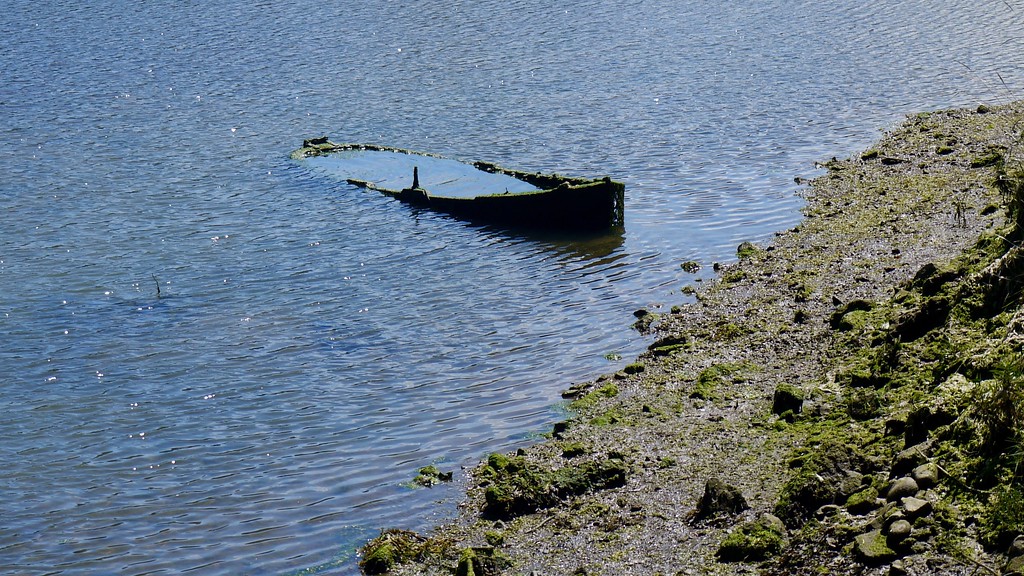 The caves were amazing and the museum was interesting. We spent the entire morning there and by the time we were back out in the sunshine it was lunch time. The nearby town of Ribadesella had the answer for us: El Campanu. It was a seafood restaurant with vast tanks full of edible creatures. Of course, they were having technical difficulties with those tanks but that just made for an interesting show from our nearby table. 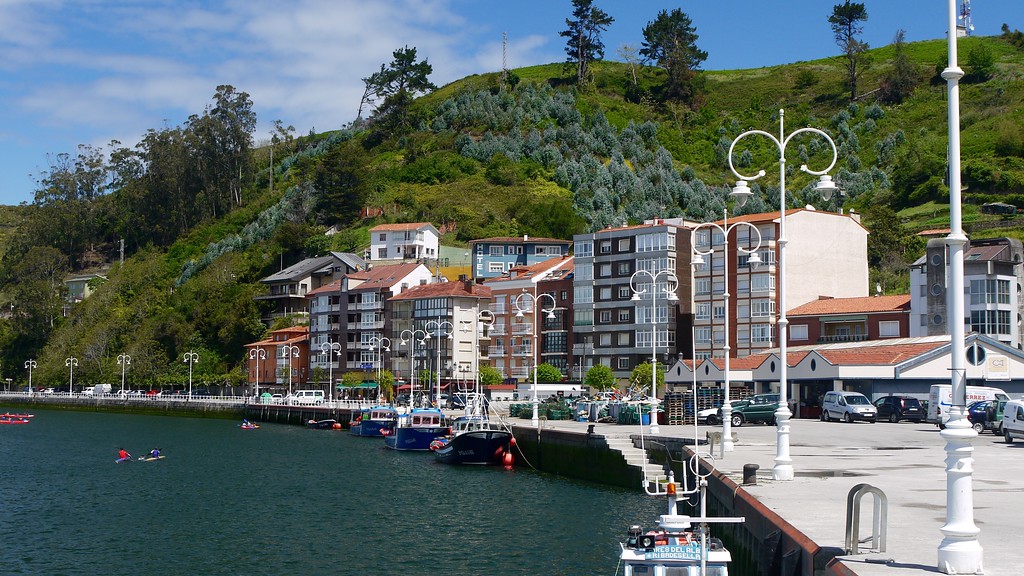 Lots of activity on the river

And so much activity in the tanks! 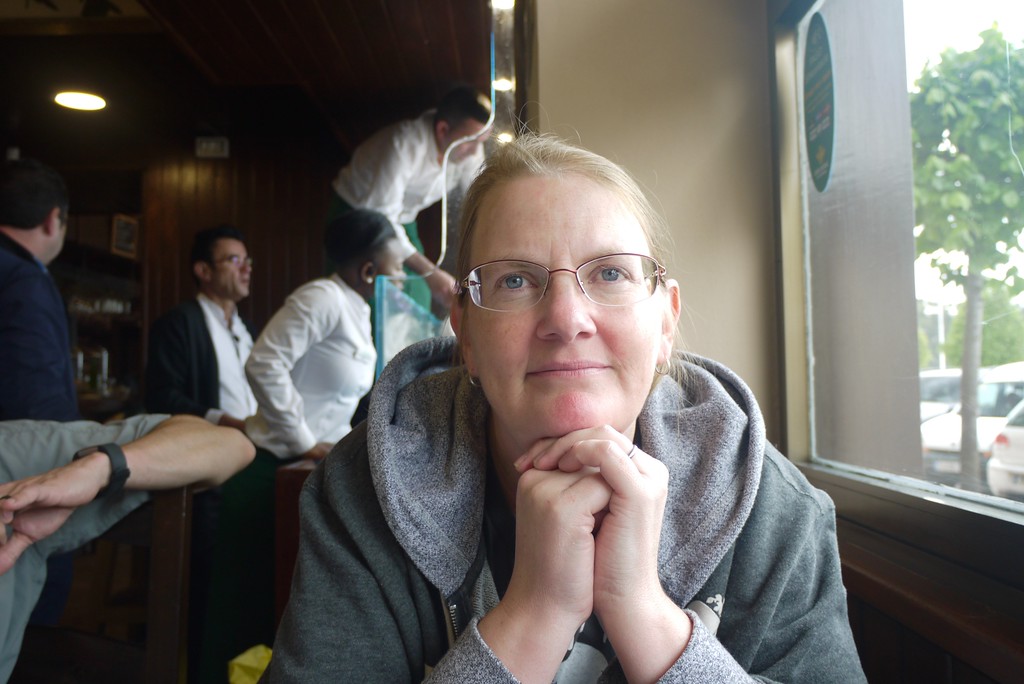 There was quite the variety of food brought to the table: chicken, mussels, octopus and lobster. And it was all good – and soon all gone. Now it was time to exchange our vehicle for something with four full-size wheels.

The town of Oviedo is located just southwest of Gijón and easily reached by motorway. Our destination was the airport and, once there, the Europcar rental desk. They knew to expect us but the paperwork took a while to process. We finally had the keys to our new vehicle: a Peugeot Partner “Teepee”. In other words, a box. But it was a spacious box and drove surprisingly well. In fact, it was a unanimous decision that the Peugeot was a better handling vehicle than the VW. This came as a surprise, but a welcome one. 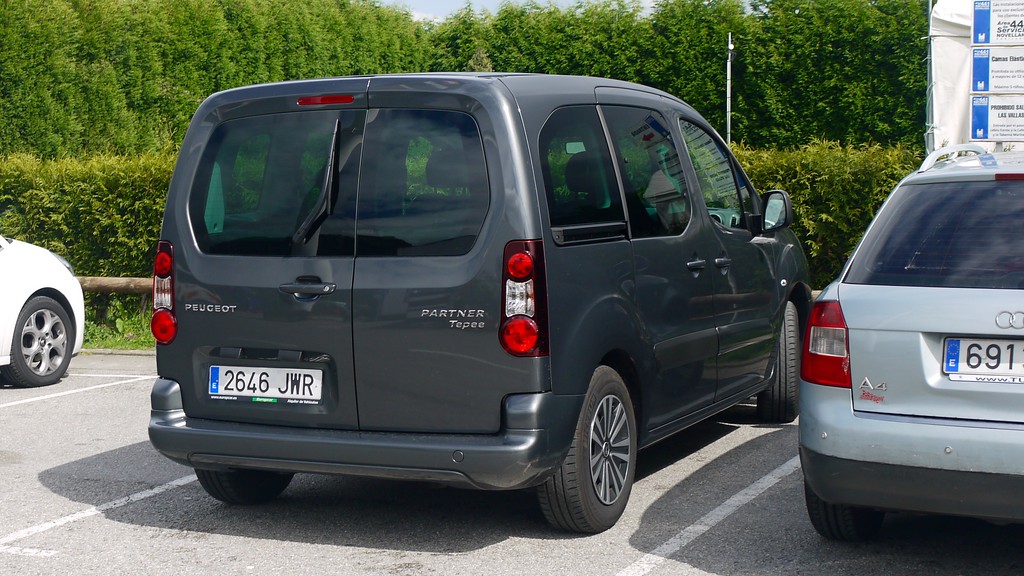 It was late afternoon when we returned to Gijón and finally found a parking space in the general vicinity of our apartment. Parking had been a problem in this area, even with the limited need to move our vehicle. We popped into our rooms in order to freshen up and then headed out for dinner and (you guessed it!) more siedra.

We had heard about Roman baths in the center of town and hunted them down. “Hunted” them is pretty accurate, because while they were marked and known, I did not expect to find them under the park. But after a bit of circling around we found the entrance of Termas Romanas de Campo Valdés and went in to see this ancient marvel.

The entrance under the park 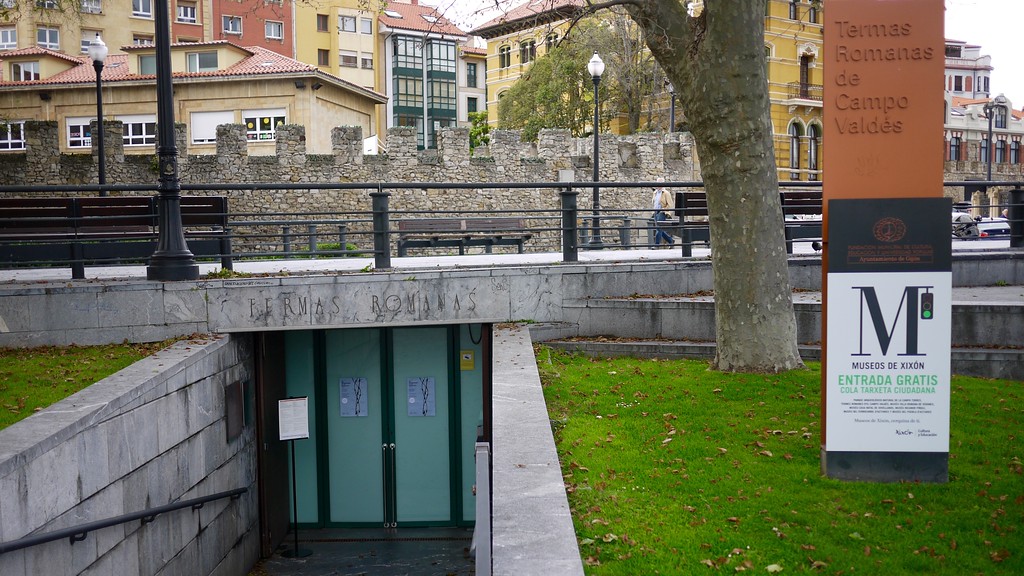 A small admission fee and we were then free to roam the Roman ruins. They were dimly lit and had boardwalks built to keep the riff-raff from getting too adventurous. Some lights were manually activated and would turn off after a short time. I wasn’t sure if that was purely for economy, or for preservation reasons. Unfortunately I didn’t realize this until about the third exhibit. I just wondered why everything was so dark!

The baths themselves were constructed in the early Roman Empire (from about 753 BC to 27 BC) but were most recently discovered in 1903. It wasn’t until 1965 that the public was allowed access to what we see now. It really is amazing how advanced the Romans were when it came to such low-tech technology, let alone the fact that it survived all of these years. I often wonder what will remain of our current culture 2,000 years from now.

Looking across the ruins 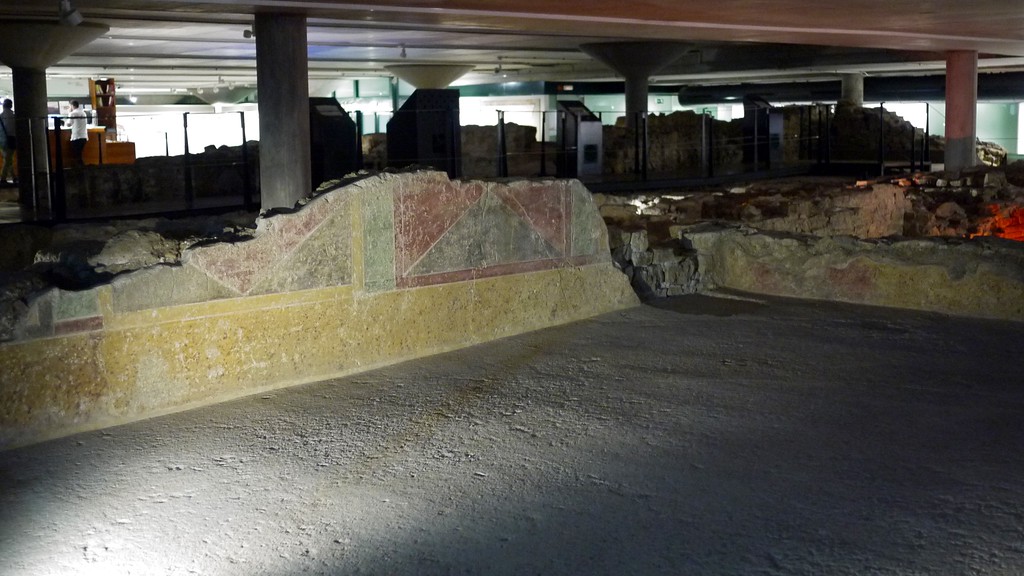 I barely recall that evening. I just know that we walked a lot, the guys never quite sure if that sidra bar was the right one. So we walked on some more until we found another one and then the review process started again. Occasionally we’d stop in a Sideria and the guys would crowd up to the bar and order a bottle. The more I watched the exaggerated pouring process, the more ridiculous it looked. Oh well – I was feeling tired and cynical. I do like that different cultures hold on to their traditions – no matter how silly they may appear. 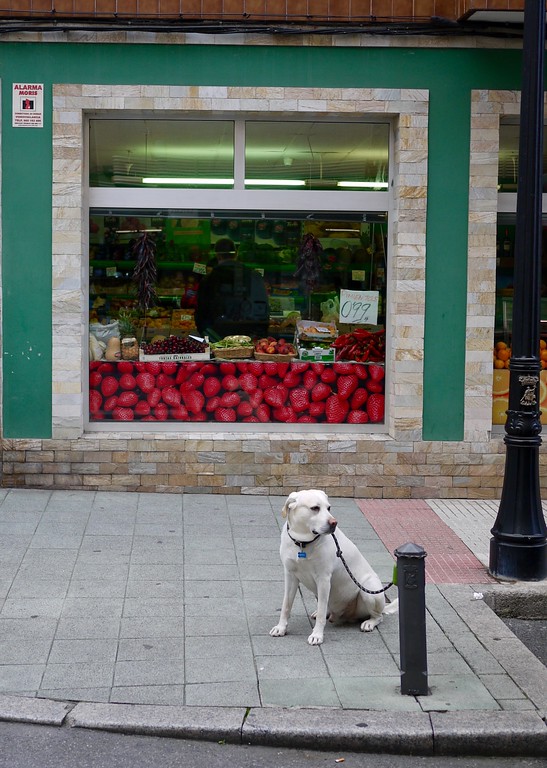 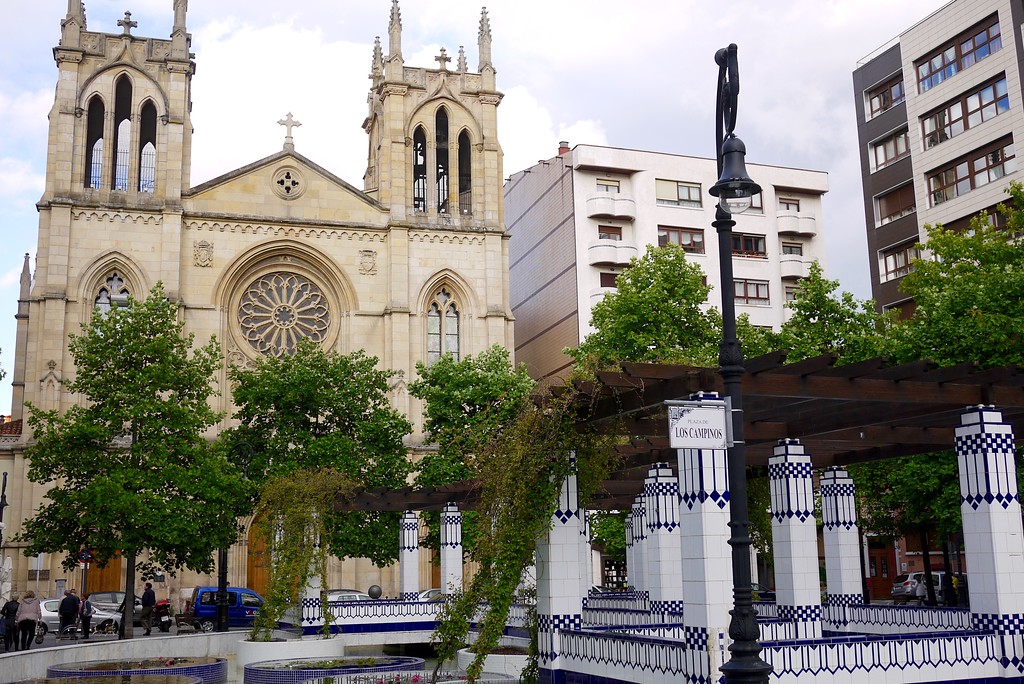 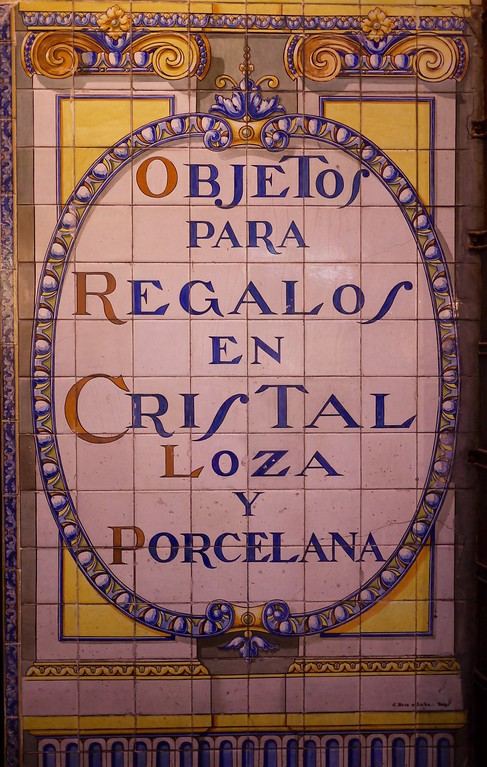