I had done some research on Alhambra and everything I had read said “get your tickets ahead of time!” Of course they also said that about Real Alcazar in Seville but we just got up early to get good spots in line. I urged our group to do the same, stating that tickets sell out quickly and we should get there as early as possible. However, due to the late night at dinner I was met with some resistance and a late-morning start was agreed upon. And of course there was the coffee. Most people seem to require a cup of coffee before they can start their day so the first order of business was to stop at a pastry shop to get breakfast and starting fluid. 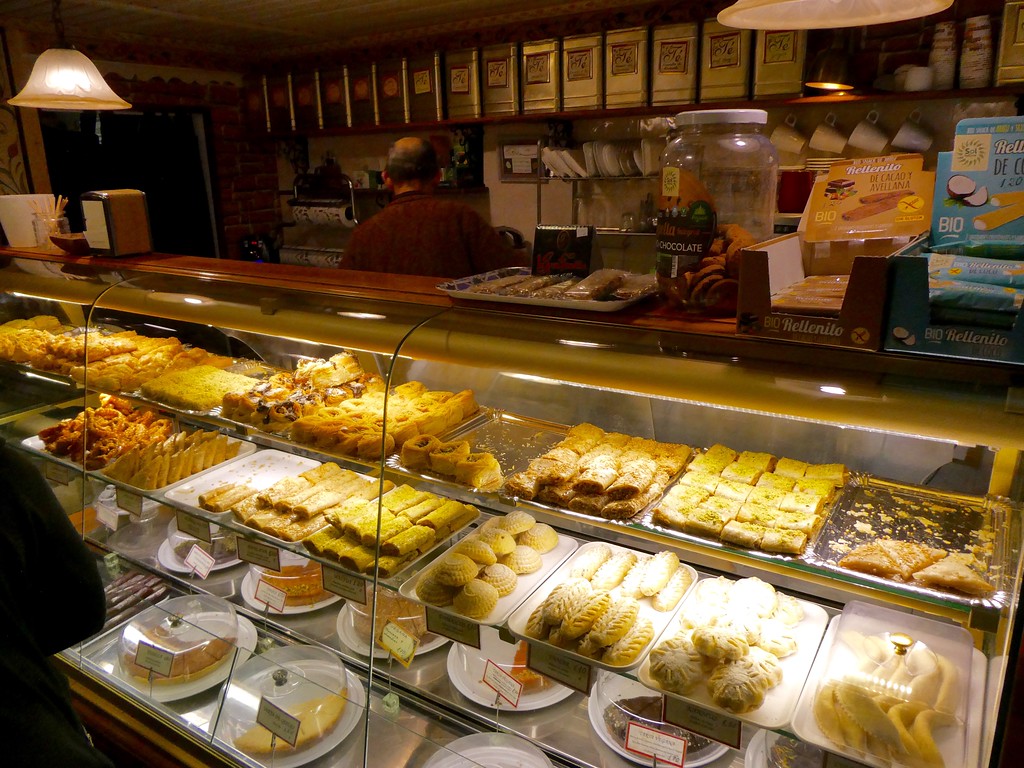 Thinking that we had discovered the entrance during our trek to dinner the night before, we headed back up the hill, only to find that we were very wrong. Our detour cost us quite a bit of time and energy, as we had to descend back down, and then climb a different hill to find the entrance. And then only to find that there were no tickets available for the day.

No room at the inn 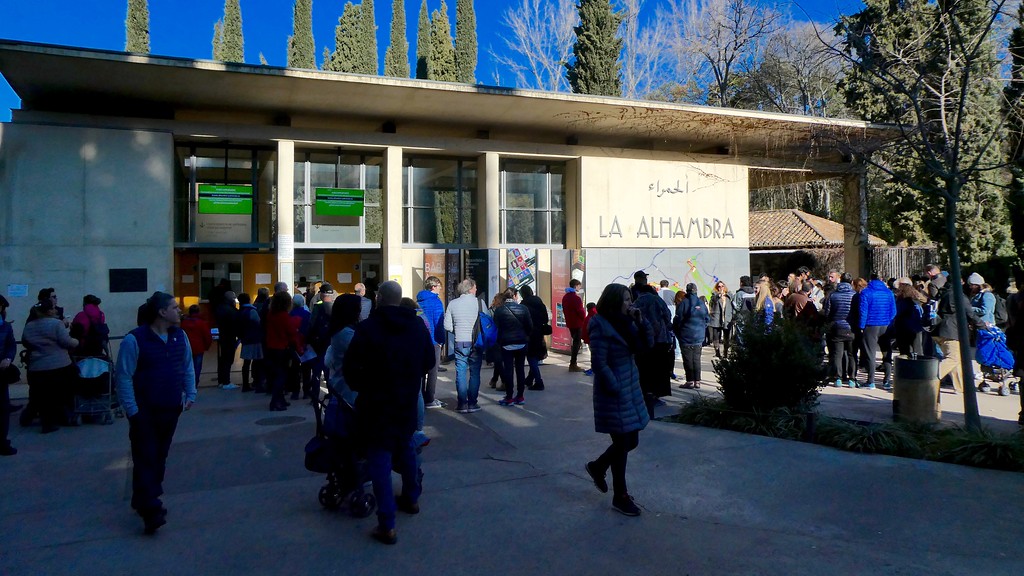 We were given the impression that if you didn’t have a ticket there was nothing to see. But as we made our way back down the hill we took a chance to see what was through this gate:

It turned out there was a LOT to see beyond that gate! We just kept wandering, waiting to either get told to leave or blocked by another ticket counter.

Lots of feral cats in Spain

Surprise! The Palace of Charles V 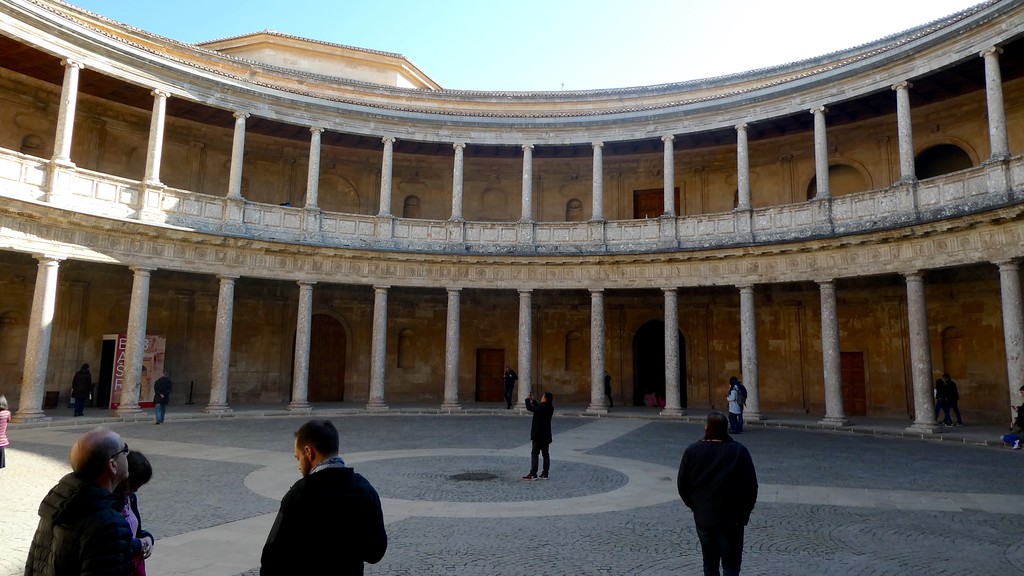 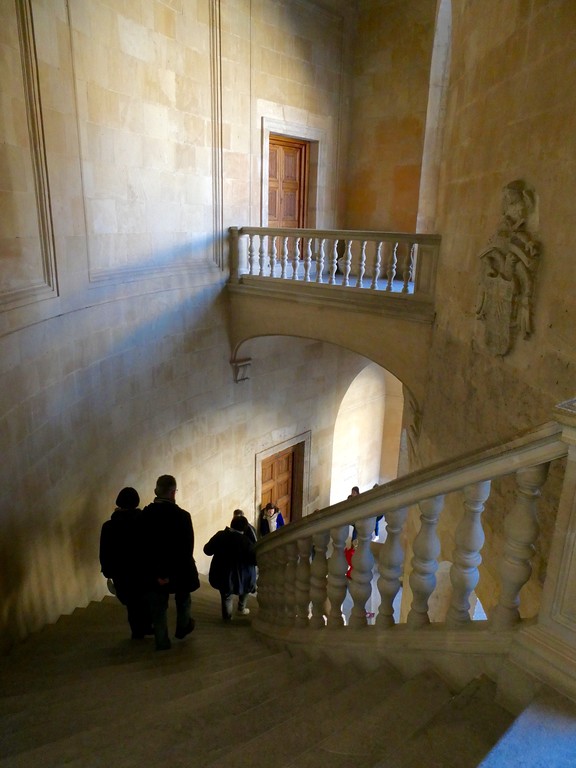 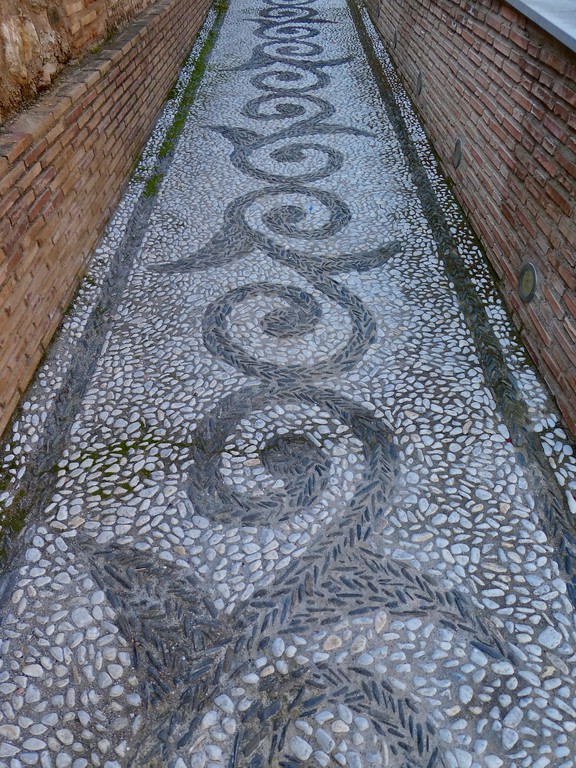 Later that day I checked online, hoping that perhaps we could get tickets for either tomorrow afternoon or even Saturday morning. I was completely surprised to see that they were sold out for the next week – and this isn’t even the high season! So for those who are planning on visiting Alhambra: book your tickets weeks – or months – ahead of time!

Our group had descended (again) the hill from Alhambra and made our way back into the city center, this time in search of midday tapas. But we were early, so we found seats in Bib-Rambla Square and chatted while people-watching. One thing that Dan and I had commented on was how so many people were bundled up against the cold, while we were basking in the relative warmth of southern Spain. Full-winter jackets buttoned up and woollen scarves wrapped securely in place were not unusual to see. The temperature had been chilly that morning (6° C ) but had warmed up to 22° C by the time we had finished our lunch. This was fairly typical for most of our days in Spain. 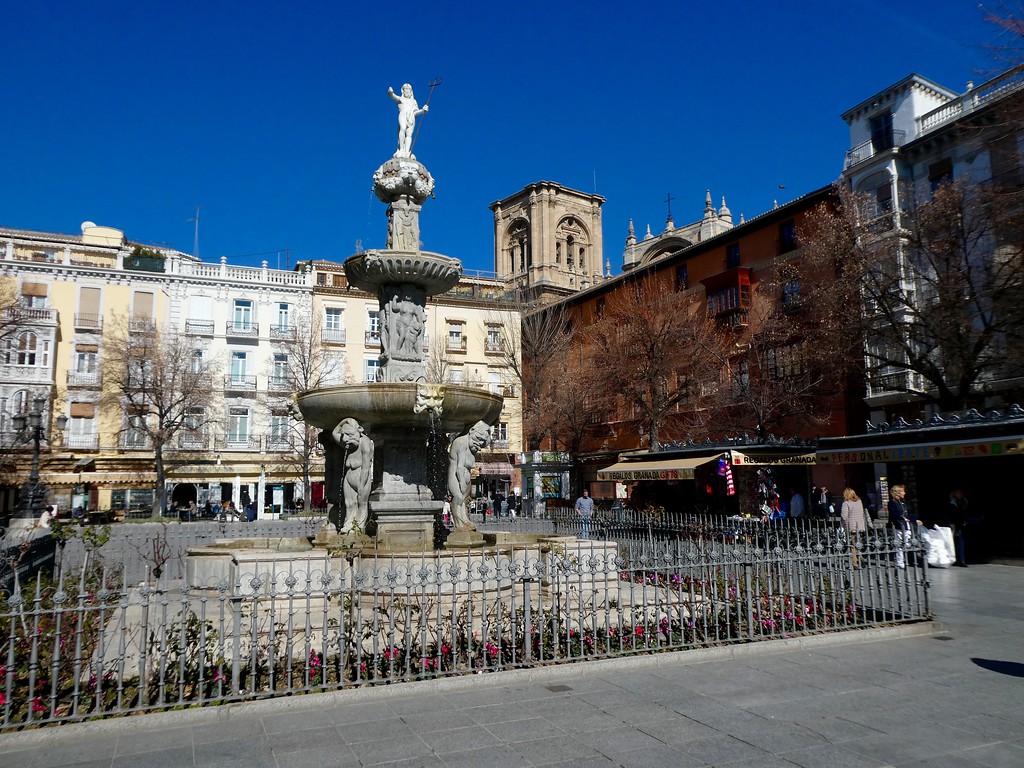 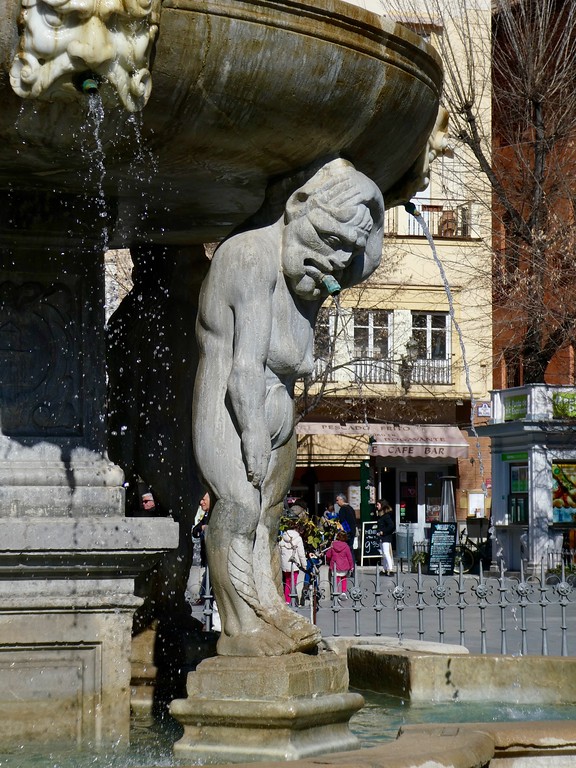 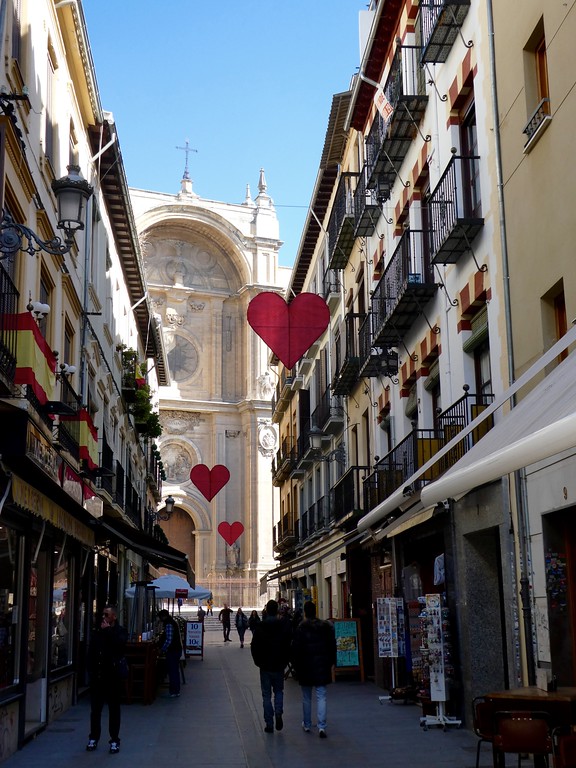 We had sat long enough for it to be lunch time and we took our seats at a nearby restaurant, “Oliver“. The food was great and the service was even better. It was commented that the olives were the best that we ever had. It has to say something for a restaurant when the free bowl of olives exceeds your expectations!

After lunch we made our way slowly back to our hotel room. It had been a busy day and there were plans to finalize for tomorrow. Plus dinner tapas to eat, of course.

I didn’t pay to go into the Cathedral, but the video in the link above gives me the impression that maybe I should have. It is one of the more impressive interiors that I have seen and probably would have been even more impressive in person. “Next time”, right?

Ron, Dan and I had discussed the possibility of going horseback riding while we were in Andalusia, with the idea of riding the famous Andalusian horses while we were here. Ron grew up around horses, I’ve spent some time riding my sister’s horses over the years and Dan? Well, Dan has been on a horse once before, in Scotland. I had left this portion of our holiday up to Ron to plan and now I was reviewing with him where we were going so that we knew when we should leave in the morning. As I looked up the town we would be driving to I noticed that it was an hour and thirty minutes away, not the thirty minutes that had been discussed. Oops! Fortunately this wasn’t a huge inconvenience for us and we easily rearranged our morning departure time to accommodate the new time.

Dinner was late – but not as late as the previous evening. We went to the same neighborhood as Picoteca 3Maneras, now knowing a more direct way of getting there. It was a small place and we had to wait a bit before we could get a table inside, but it was worth the wait. The food was again quite good and the service was friendly.