Our morning departure from Blois went well. We managed to drag all of our gear down to the bikes in one trip. This is always good, but a real bonus when there are so many steps in the process. I sent Dan off to return the key to where it had been found while I started to pack the bikes and get them ready for departure.

Our night’s lodging was only three and a half hours away, so we were in no hurry. I had poked around on Googlemaps and routed us south, hoping to see some other grand palaces and castles that the region is so famous for. I was rather amused that we spent so much time in an area famous for its castles and formal gardens, and we had seen none of them.

While we didn’t see many palaces, there were some very nice houses along the river road. 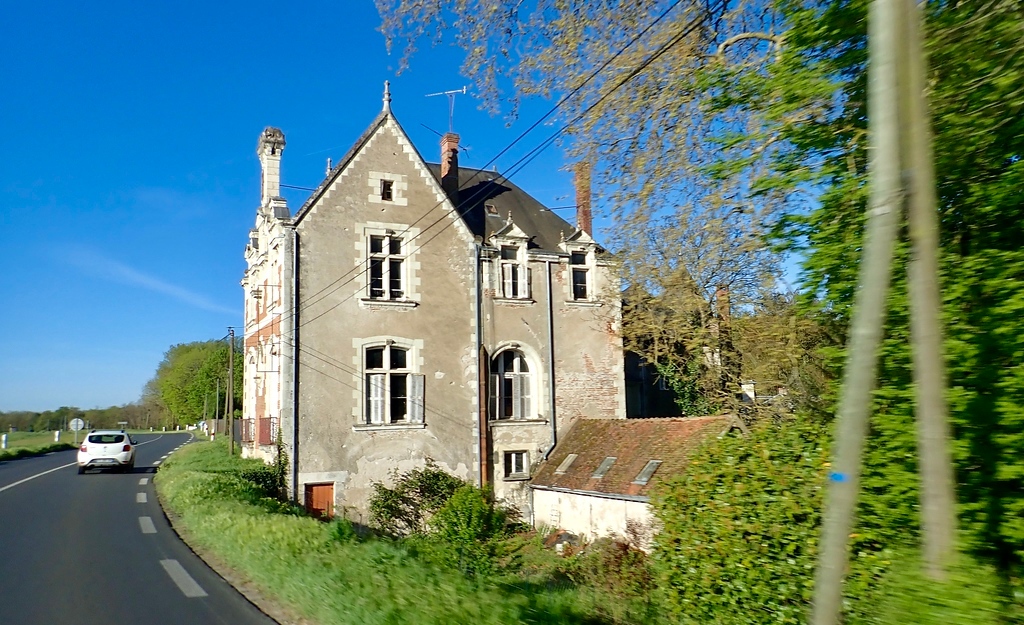 Amboise Castle across the river

After wending through the town of Amboise, I was glad that we had chosen to stay in Blois. We had originally been going to stay in Amboise, but it looked like a much bigger and less interesting place. Not a bad place, just not as good.

From Amboise we followed some almost-random roads in the general direction of Avallon. I didn’t know anything about this region and had picked a route that would hopefully be interesting and fun.

Entering the town of La Charité-sur-Loire

At one point, we found ourselves on one of the most straight and featureless stretches of road I’ve ever been on. It was through a thick forest with very few indications of civilization. Periodically there would be a roundabout with precisely angled roads branching off, and in the middle of each roundabout was a tall pyramid.

Periodic towns to ride through 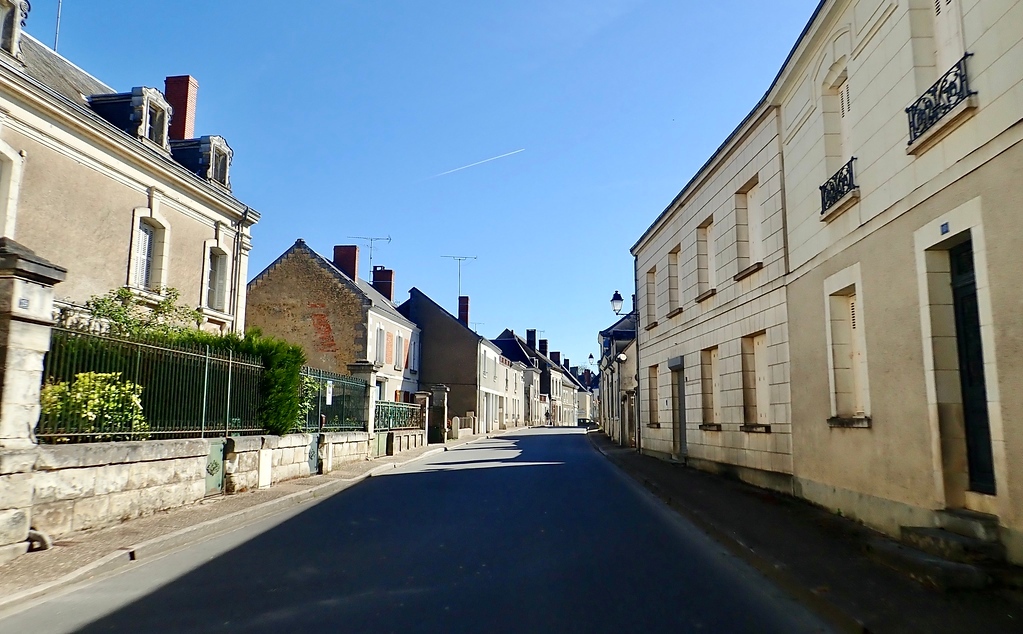 We were making our way through the town of Poulaines (maybe?) when I saw a line of people standing outside of a bakery. This was important to note, as it was not only a Sunday, but the Sunday before a holiday. Finding business open had been challenging, and we didn’t know what we’d find throughout the day. And with a line up like that, the place had to be good! We turned around, made up a parking space for our bikes and stood in line. It was worth it. 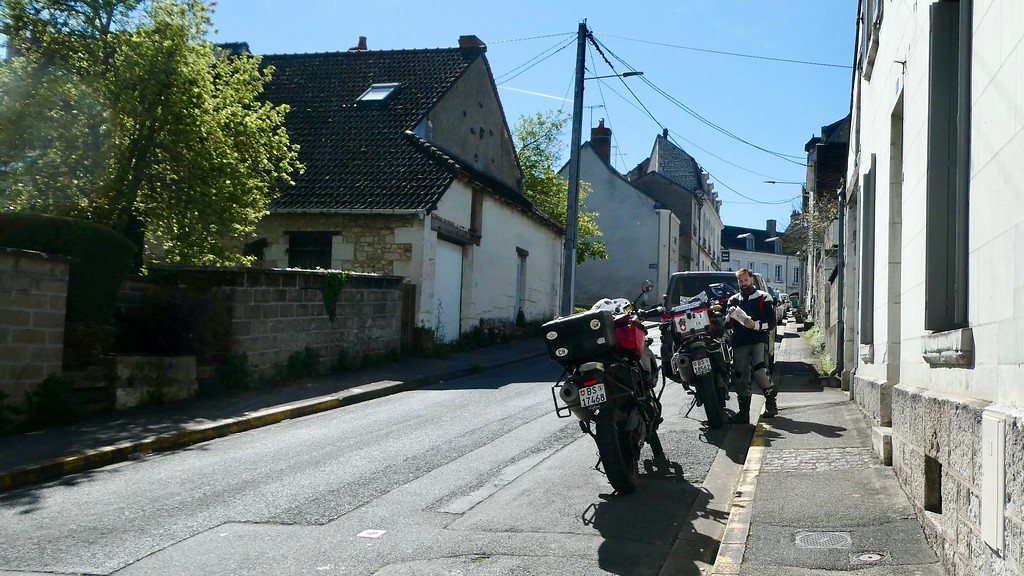 Did I mention the straight roads?

The beauty of wind power

We had noticed periodic forested areas that appeared to be set aside as “community forests”, providing locals a quiet, natural area to gather and enjoy the solitude of the woods. Dan and I saw the sign for one in time to make the turn and take a break from riding. We had more pastries to eat and it would be good to stretch our legs. 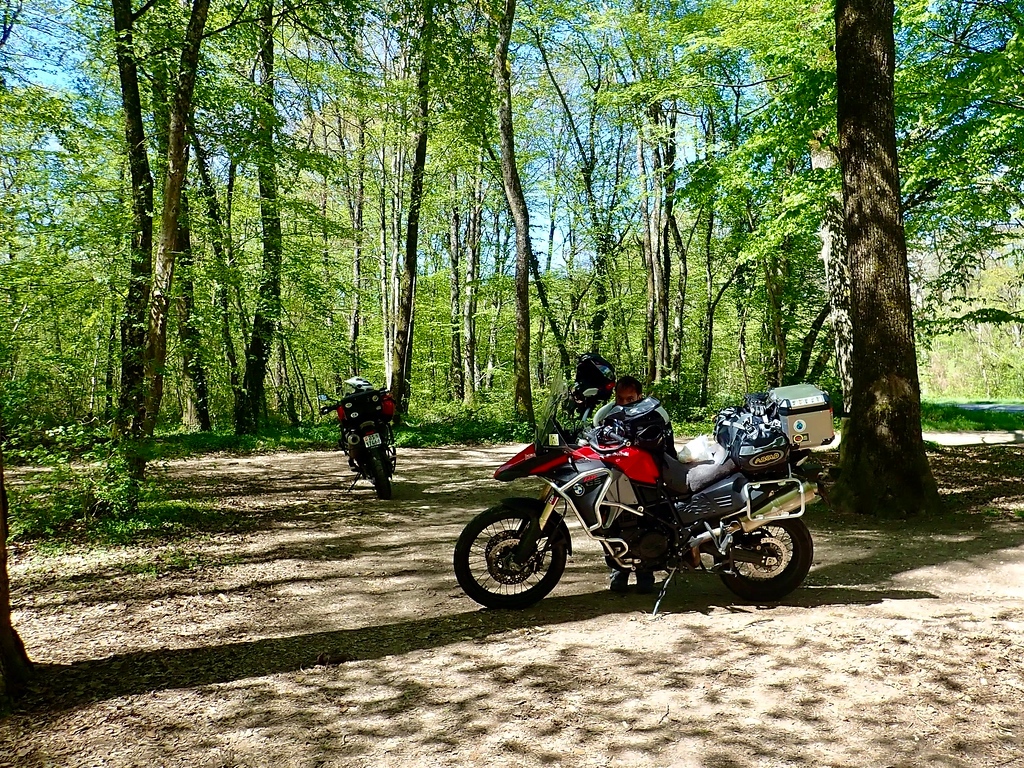 Eventually we reached the outer reaches of the Morvan regional parklands. The hills added features to the landscape, the road was no longer arrow-straight, and everything just looked greener. It felt good.

We rode through the town of Corbigny, where we had stayed a few years previously in a bid to explore a bit of France. It was fun to try to recognize landmarks as we rolled through, but it was a small town and soon we were riding out the other side and almost to our lodgings for the night: Avallon.

I chose Avallon based on a few things: The name sounded nice and reminded me of King Arthur’s legend; the view on Googlemaps showed that it was an ancient walled city still containing many of its original buildings; and finally, it was a good mid-way point on the ride home. Despite these three things, it did not quite live up to my expectations. Oh well – live and learn.

The approach to Avallon

Looking up at the city’s walls 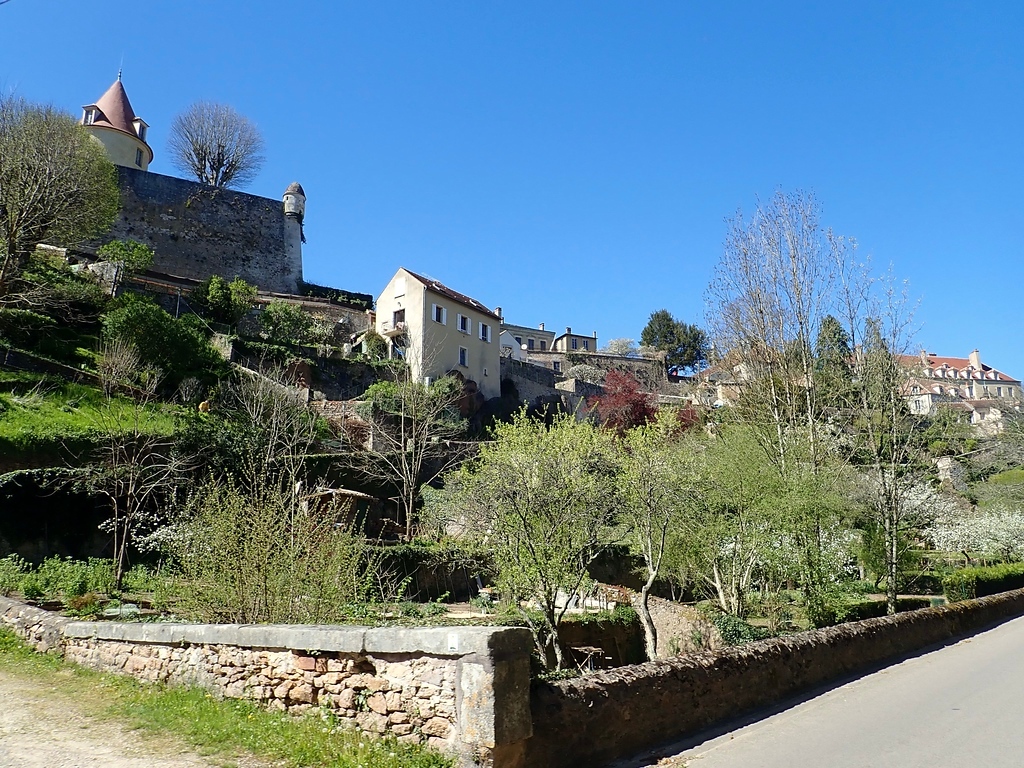 Our stay in Avallon was not a bad one, and it was probably the best overnight accommodations that we had experienced in a long time. I had found a cozy AirBnB in the old city and it was perfect.

Courtyard entrance; our room in the dormer at the top

Our hosts were amazingly warm and friendly people. Unfortunately, they spoke only a very little English and while Dan’s French is ok, mine is non-existent. She did her best to explain everything that we needed to know for our time there, including dinner suggestions. Oh, and the useful hint that many places would be closed for the holiday. Great.

We unpacked our bikes, changed, and headed out for something to eat. Our hostess was right: Many places were closed and those that were open, weren’t open yet. It would be a while before we would have dinner.

Avallon is an old town, dating back to the 7th century, but with a rather ignominious history. The castle has completely disappeared, and there are no nobles or landholders of note since the 1400’s. But somehow the town is still there, even if many of the storefronts were empty and long-disused. Ok, so this website does paint a much more cheerful image of the region, but having walked around the entirety of the ramparts, it does not take long to experience all that is “Avallon”.

The church is in need of urgent repair 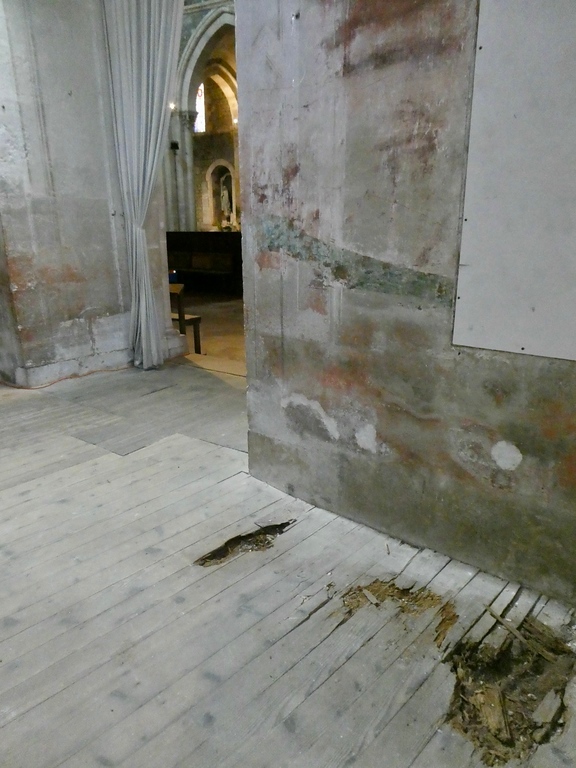 Cool facade on a local bookstore

We had given up on finding anything “interesting” for dinner and took advantage of the local kebab shop being open. We ordered take-away and ate our meals in the town square. It was a good meal, but not the way that I wanted to end our trip. After eating, we continued to tour the rest of the streets that we had missed so far. 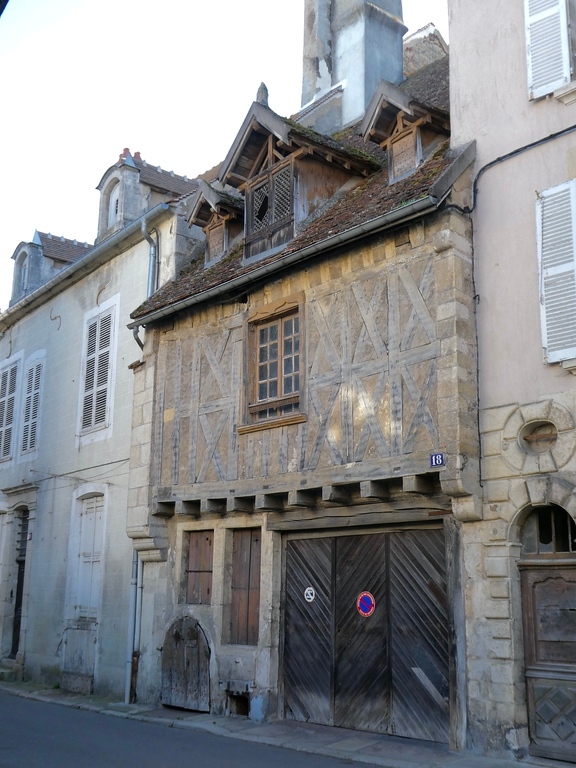 We made an early evening of it, knowing that we’d want to get an early start for the rest of the trip home. It was a blissfully quiet and comfortable night’s sleep.