Too soon, it was time to go home.

Matt was ready at the same time as we were and we all headed down to the bikes together. It was just as well, too, as my bike was partially blocking in Matt’s, so he would have had some work to get his bike out.

Luggage packed away and mostly geared up, we said our good-byes and rolled out of the garage. Well, we would have, but the automatic door didn’t have a sensor to let us out, so I had to go back to the front desk and ask them to open it again. Ok, NOW it was time to roll out! 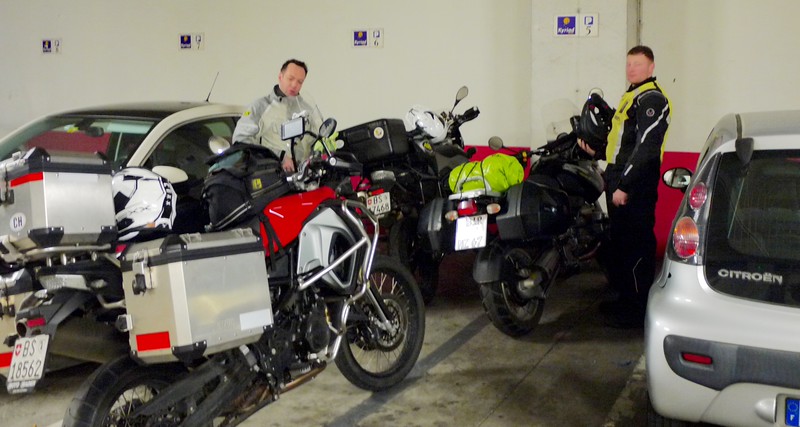 While we were in Clermont I had seen something on the tourist map about “Volcanoes” but I didn’t give it much thought. However, as we made our way out of the city I could see what they were referring to: ranging to the west were high peaks poking through the low clouds. These were the Chaîne des Puys and the famous dormant volcano, Puy de Dôme is one of the highest of these. I took photos, but the conditions were too bad to give me good results.

Every time we head out I remind myself that I need to update my GPS. This was apparent yet again as the GPS indicated that we were truly exploring “the countryside”: 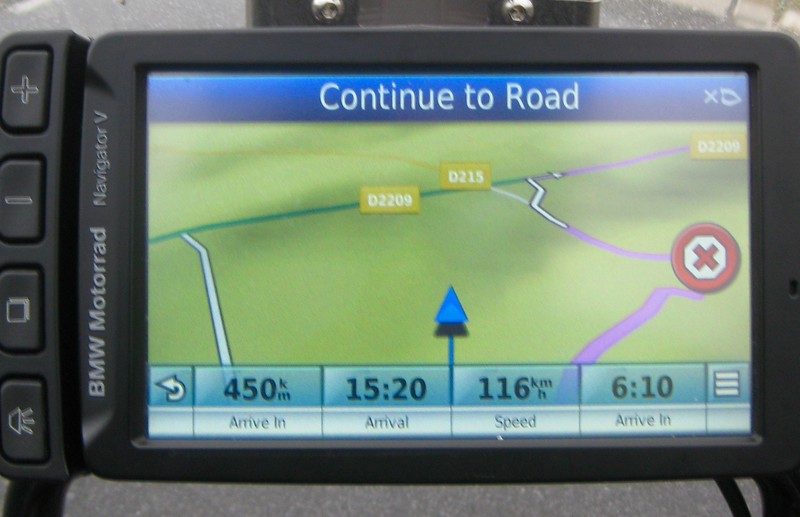 Time to update the maps!

There was’t much to our trip home. We followed the motorway for a good part of it, although they were still interesting roads. But the wind was still with us (or with us again) and caused us its own kind of discomfort. 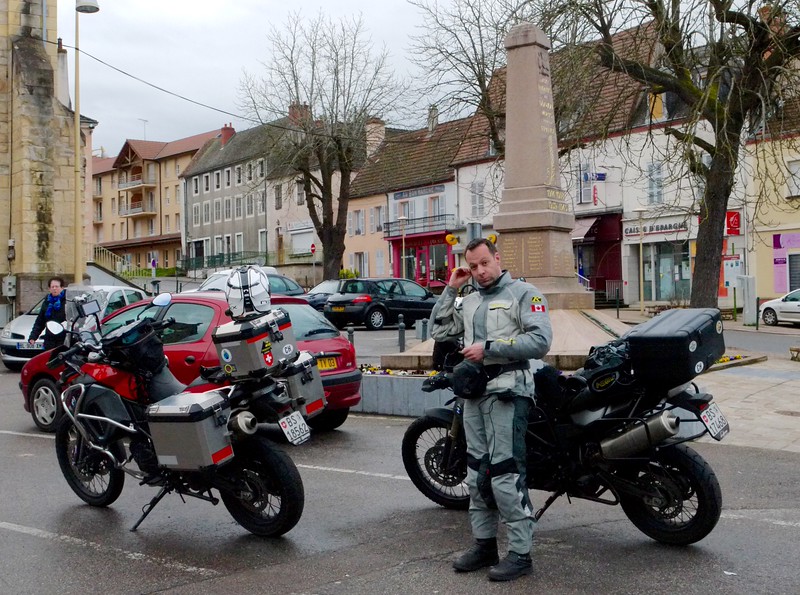 Taking a break in a French village

We took a short break at a Subway for lunch. It felt good to get out of the wind, as well as put something in our bellies. It was nice to have a quick lunch for once, instead of the one to two hour lunches we’d been taking. Food is important, but I can eat at home; I’d much rather spend my time exploring.

Since there wasn’t much else going on, I took some pictures of a couple of the speed cameras that we saw. There was a new design that I hadn’t seen before. At least the government was kind enough to post signs up before the cameras so I could adjust my speed (if necessary, of course).

We took a more direct route across the French countryside, giving us a couple of benefits: 1) we were off the motorway and on smaller country roads and 2) we’d come into Basel at one of the smaller border crossings thereby avoiding the inevitable back up at the motorway. 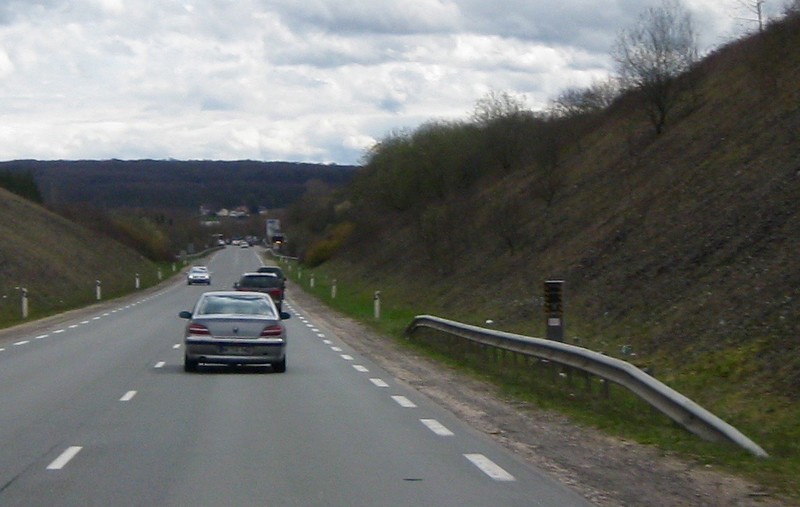 And we’re still being watched! (speed camera on the right)

I knew that we were almost home when I saw the familiar purple building near the Swiss border. I can’t recall which town this is in, but it is just minutes away from home. 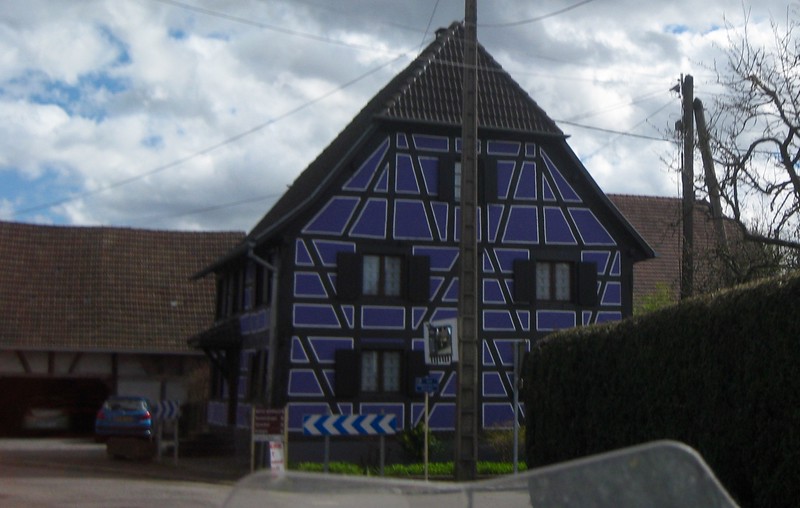 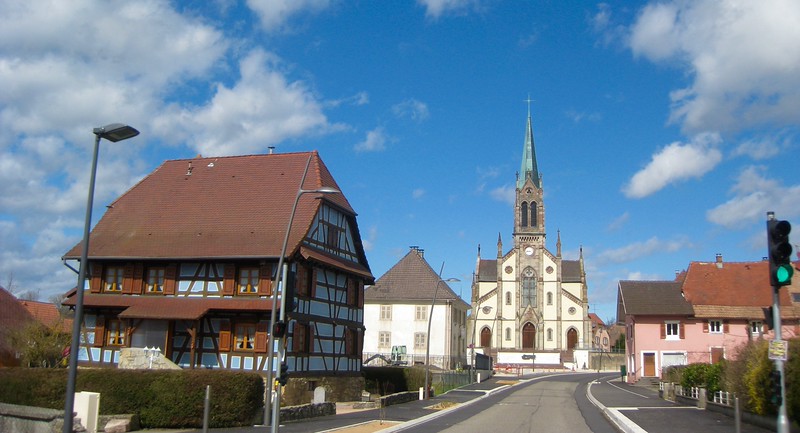 It was good to finally get in a multi-day trip in on the motorcycles. I just hope that it isn’t another two years before the next one!