I had finally gotten a window of “Holiday Opportunity Dates” from Dan and grabbed it. We had been talking about what kind of holiday to take and, due to Covid and the time of year, we outright decided that there would be no airplanes or motorcycles involved. What does that leave? A train!

And also due to Covid and the season, I wanted to visit an otherwise “unvisitable” place. Like Rome. Or Venice. Both cities fascinate me, but not enough to suffer the usual crowds that clog the streets and shops during the summer. With the cruise ships no longer making regular port of calls, and many countries restricting travel, this was our chance. I proposed a route to Dan, he countered and we quickly agreed to a modification. We would take a train direct to Milan, spend a couple of days meandering its streets, and then take a train to Venice where we would spend the bulk of our time. On the way home we’d have a nice overnight in Innsbruck, just to break up the long train ride. Plans had been made and it was time to execute!

Saturday
Our cat sitter arrived a bit late but fortunately we had some extra time before our train so there was no stress. Dan and I packed light in anticipation of increasing our wardrobe while in Italy and walked out the door with our backpacks and umbrellas in hand.

Our train had a quick change in Zürich and then direct to Milan. It was a relaxing journey and nice to watch the Swiss scenery fly by. Amazingly enough, it is only just over three hours to get from Zürich to Milan by train. We should do this more often!

“We’ll travel about 20 minutes through the Gotthard Base Tunnel.
With a length of 57 kilometers, it is the longest train tunnel in the world”

We arrived in Milan in the dark, although considering the sun sets at 5 pm, it wasn’t very late. The hotel that we had chosen was further from the main station and closer to the Piazza del Duomo, where all of the old and interesting architecture is. Our walk took us through some varied neighborhoods and we had to route around an anti-vax protest. There is always something exciting going on in the big cities! After about half an hour we arrived at Leonardo Hotel Milan City Center, a chain that looked nice online and had good reviews. And it looked nice in person and deserved the good reviews! An interesting addition that spoke loudly of “Covid times” was the temperature scanner at the hotel door: we had to present our wrist for a temperature check each time we wanted to enter the building. After a couple of seconds a little mechanical voice announced that our current temperature was normal and let us through the door. Thank goodness!

Our check in went smoothly, our room was clean and comfortable and we immediately went back outside to see what was around us.

Our room – nothing special, but nice

We were in Chinatown!

As usual, Dan took over when it came time to source our meals. He had scoped out what was nearby and found “the best dumplings” just a couple of blocks away and we made a bee-line for the very nondescript building at the end of the street. 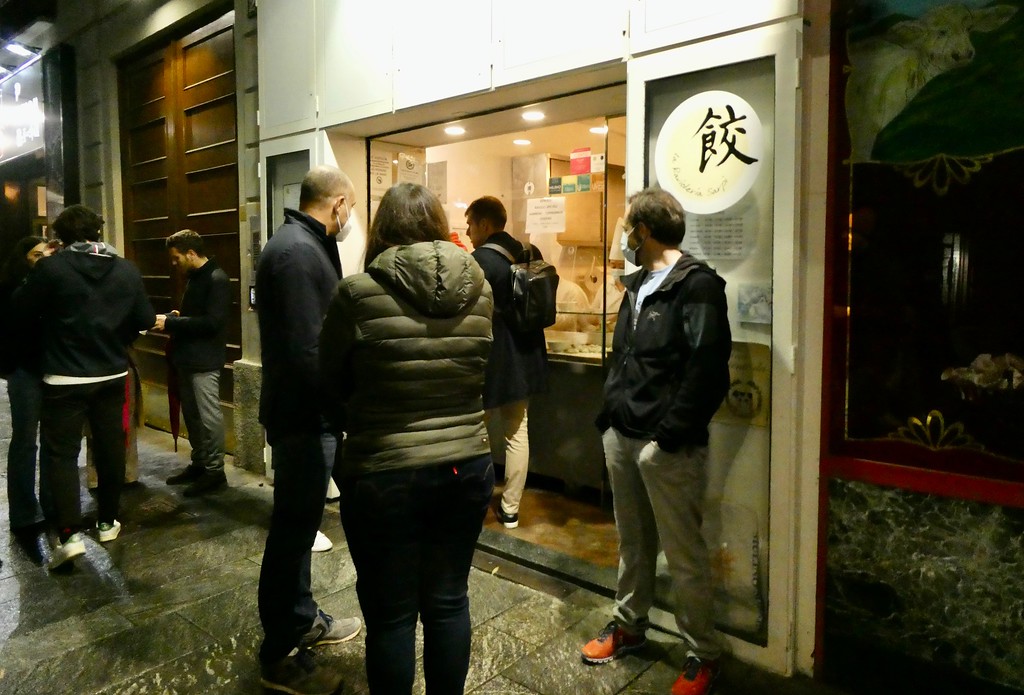 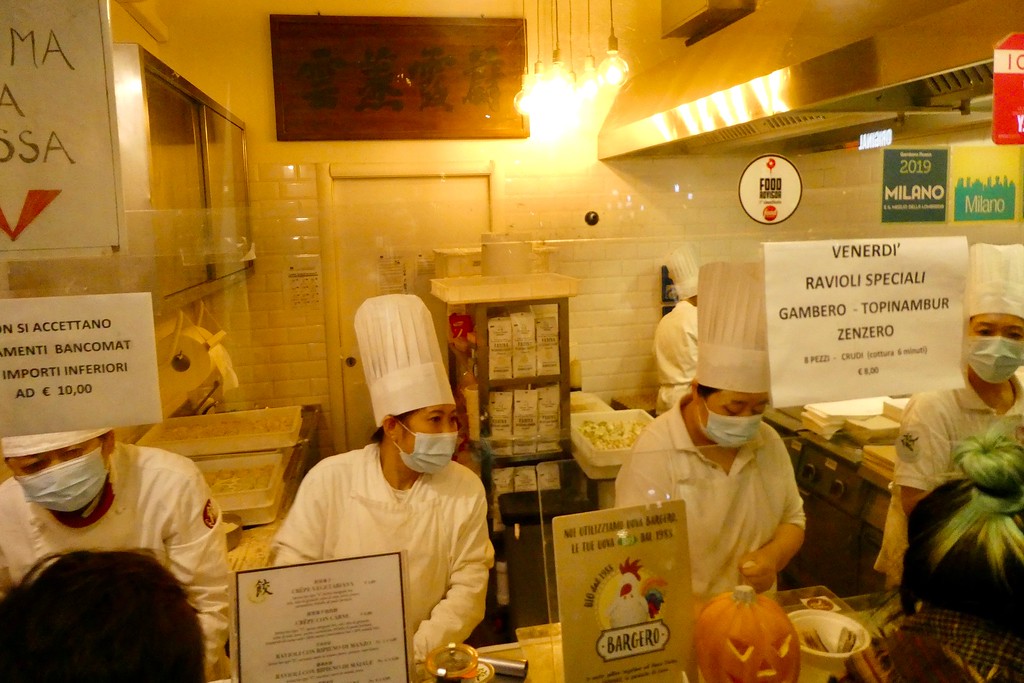 It was really amazing how many people were out and about this evening. Then again, it was Saturday night and there are a lot of Universities in Milan. We left the hustle and bustle behind and under a light rain we started to explore the side streets that just seemed to go on forever.

This average-looking row of buildings holds a secret

The home of Ettore Bugatti, the legendary automobile designer 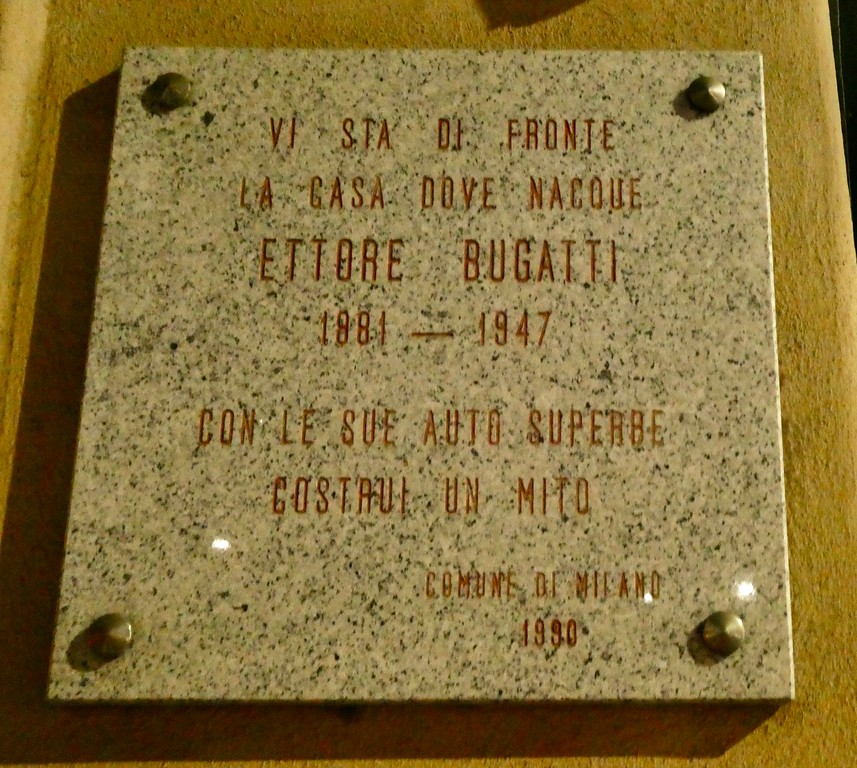 Moving on to even quieter streets

Eventually we circled back to our hotel room, measured our wrist temperatures and retired in anticipation of a full day of exploration tomorrow.