We were originally going to head home today, beating the rest of the holiday makers home and having a full day to relax before going back to work on Tuesday. But we were enjoying our time in Austria so much, we extended our hotel for another night and would just deal with whatever we ran into on Monday’s return.

One of the things on our “bucket list” was to take a scenic flight. When looking at the view from Nordkette, and seeing the intense blue skies and creamy white-capped mountains, I realized that this would be an ideal time to make it happen. It was Friday night when I went on a website I subscribe to (Wingly) to see who was in Innsbruck and if they had time for a quick flight. I ended up finding Stefan and we made plans for a Sunday afternoon tour of the region.

Sunday morning was spent wandering around the city some more, looking for hidden gems and views that we had missed on our previous meanderings of the historic streets. 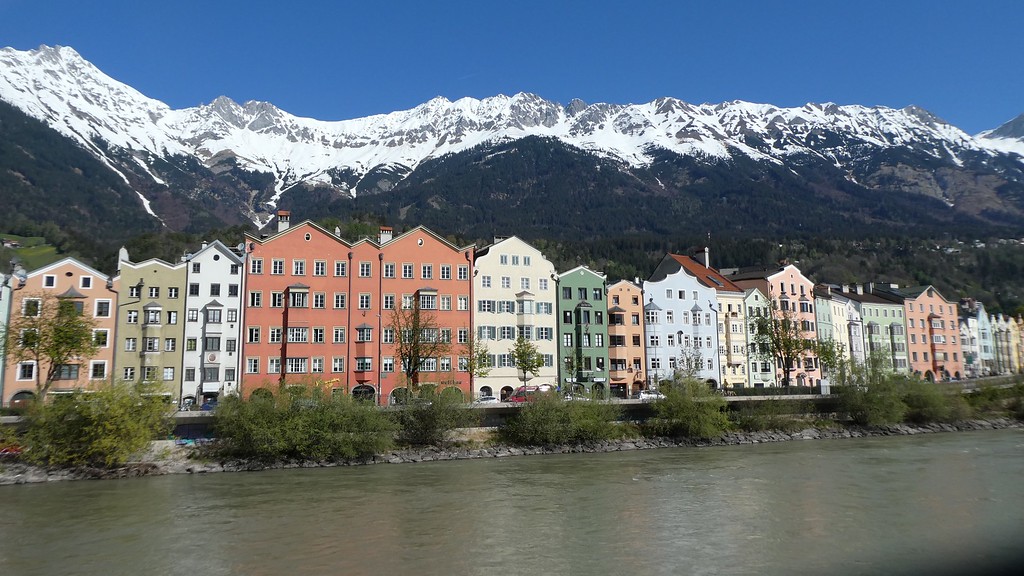 We ended up crossing the river and walking up the hillside, following the narrow streets and hoping that we wouldn’t get too lost along the way.

Dan and I grabbed another wonderful meal from Machete before heading over to the airport to meet up with Stefan and his sister Caroline. Stefan showed us the original flight plan, but then suggested that we could do a slightly longer flight, if we were up to it.

Our rental plane for today’s fun

The flight plan for today was to head south across the Alps, detour over to the Drei Zinnen (Tre Cime di Lavaredo) and then loop over to Asiago, Italy, where we’d stop for a coffee, and then fly back to Innsbruck. It sounded like a good plan and we packed ourselves into the four-seater plane.

Stefan did his pre-flight check and then we were soon taxing down the runway. For the most part, the photos don’t do the scenery justice, and not a lot happened along the way, but I’ll just stick in a few photos here to share just how beautiful – and extensive! – the Alps really are.

All four of us

View of the cockpit – so modern! 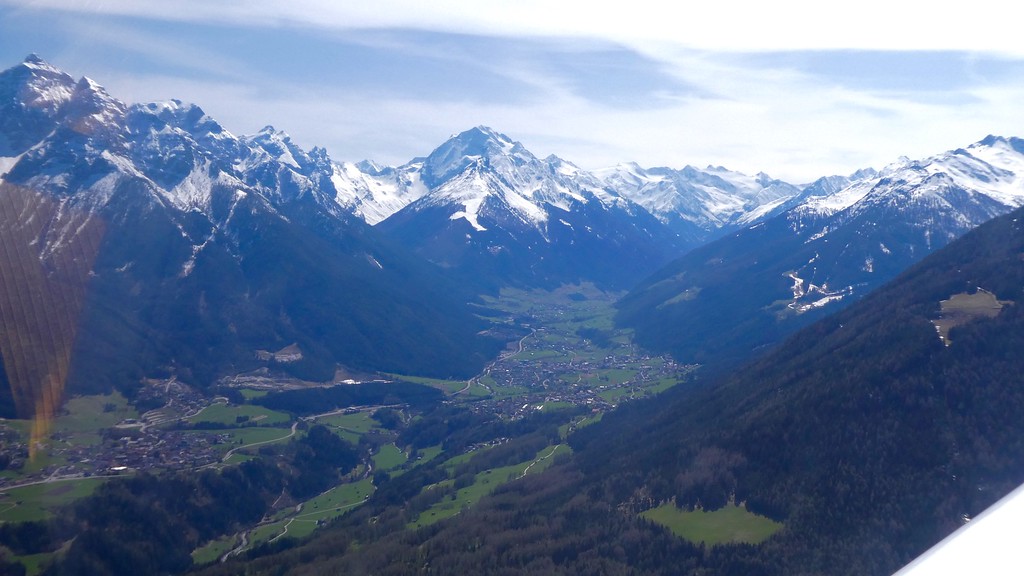 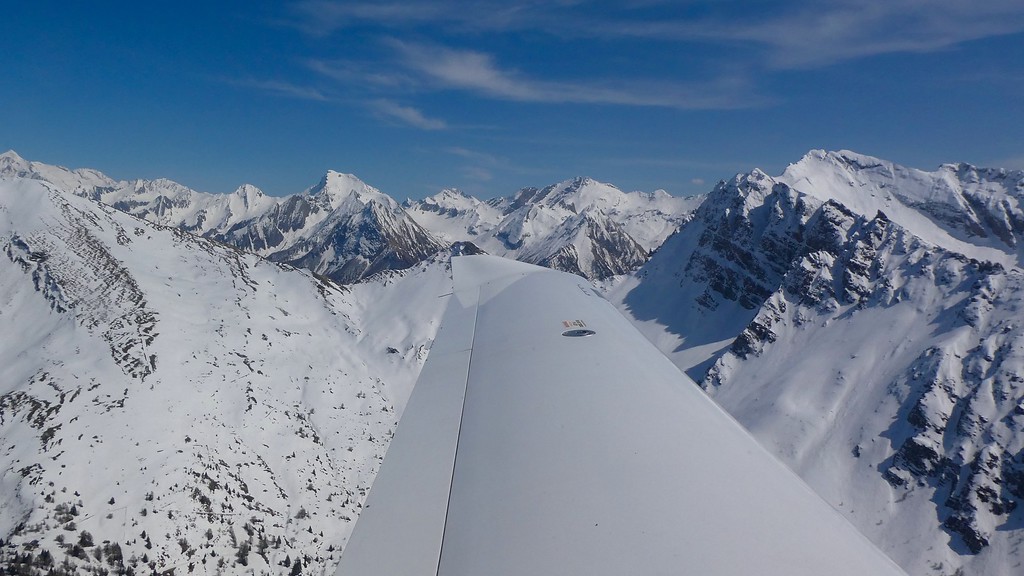 Deep valleys and mountains peaks for ever!

Navigating via the ipad 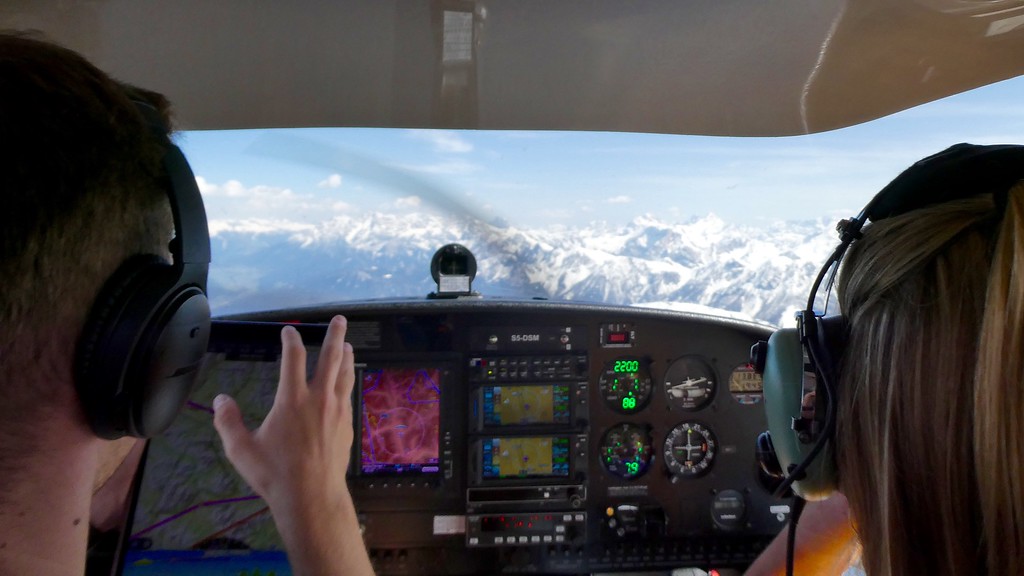 The Drei Zinnen in the distance 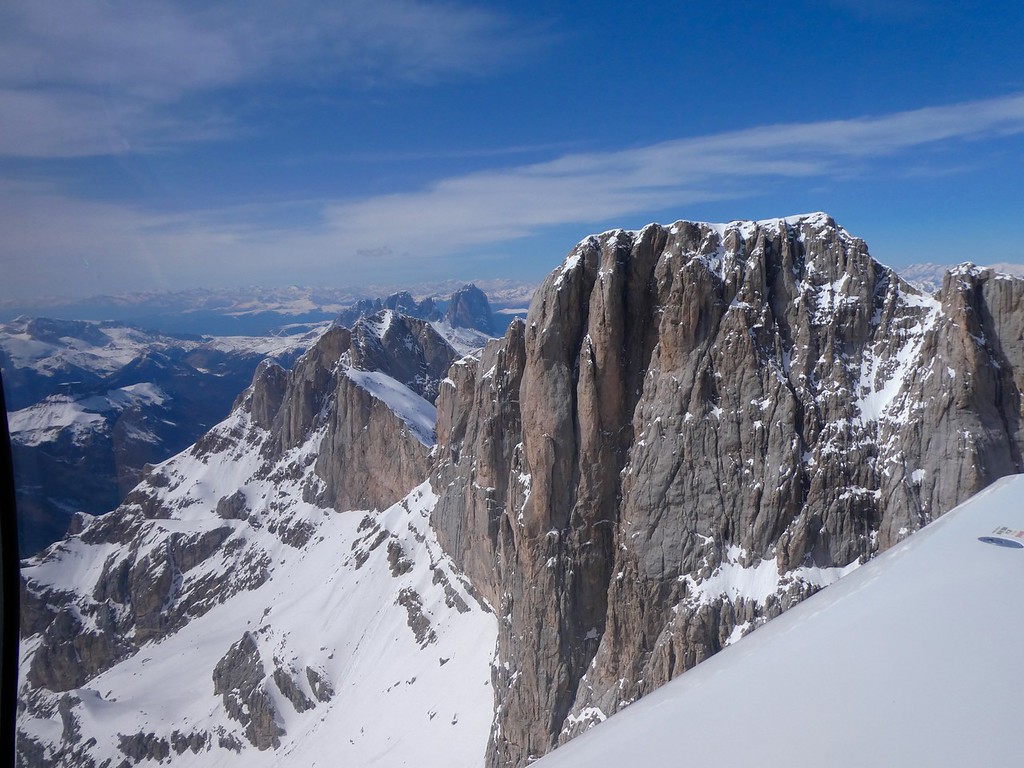 We had been in the air for about an hour and were nearing Asiago. The weather had been great, with visibility for miles in all directions and just a few pockets of turbulence. Despite that, as we made the approach for our landing, my lunch burrito suddenly felt very heavy. Too heavy. I tried talked myself out of being sick, but the burrito won. The sick bag that Stefan had pointed out (and I had looked at derisively) came into use and I was glad that we were landing soon. I was incredibly embarrassed.

Dan took a video of our approach to Asiago 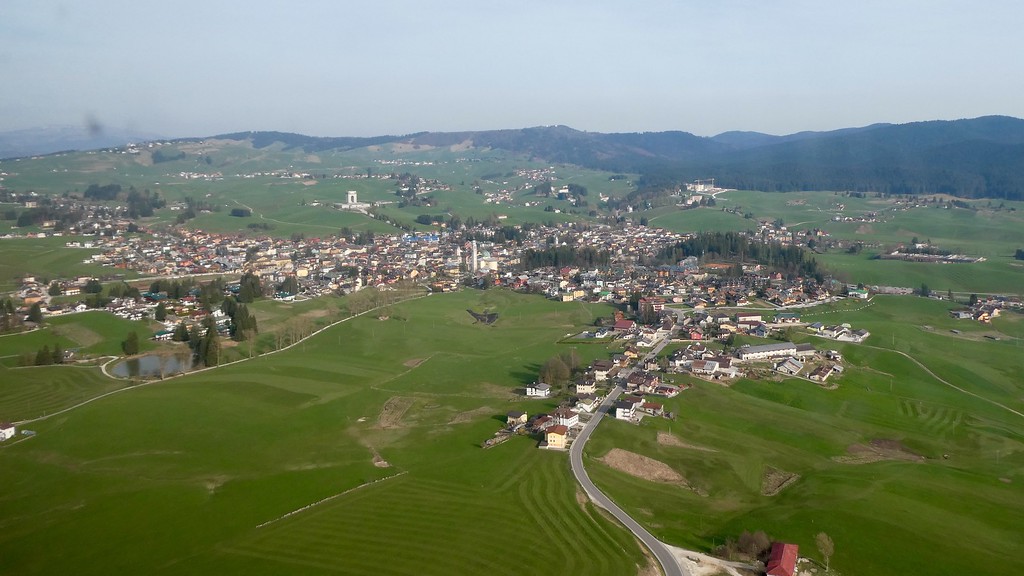 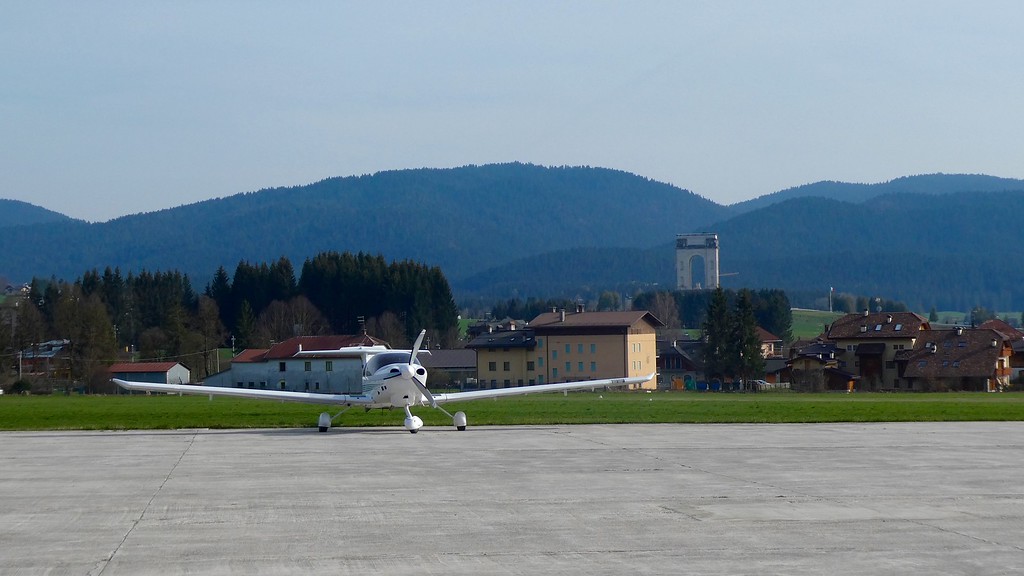 At the airport we were able to rent bicycles and peddle the two kilometers into the town center. It was nice to get some fresh air and move around a little bit. The headsets on the plane made it a little awkward to hold a normal conversation, and Dan and I had pretty much kept quiet in the back during the flight so far. Stefan and Caroline were very friendly and it was nice to be able to talk with them freely, as well as just enjoy seeing the countryside from the back of the bicycle. We parked the bikes at Piazza Giovanni Carli, took a seat at an outdoor cafe and ordered some drinks. 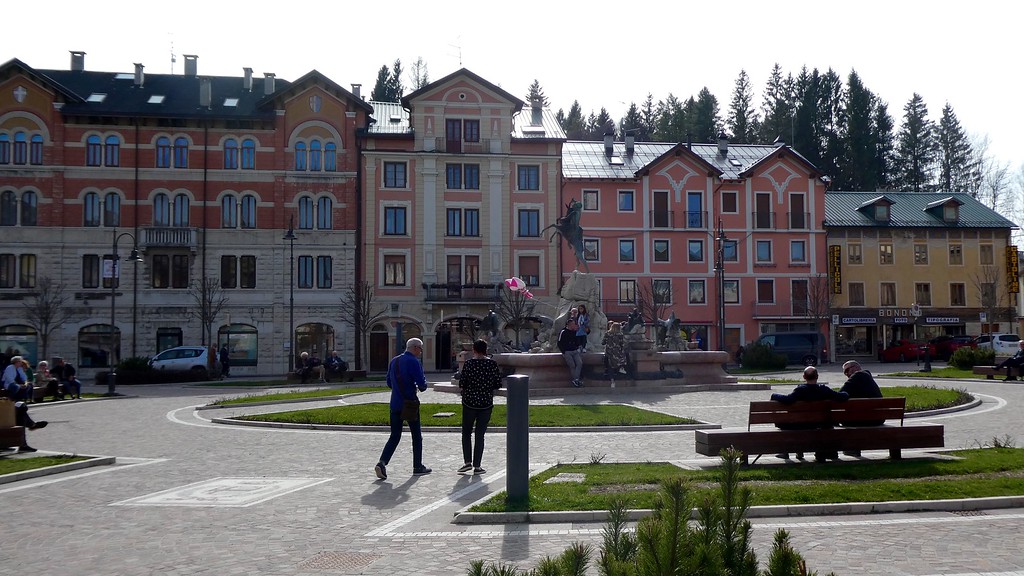 Walking the main streets of Asiago after our drinks

We cycled back up to the airport, packed ourselves into the plane and prepared for a more direct flight back to Innsbruck (as previously planned). I was feeling better, but still took pains not to look through the camera much or otherwise “think about it”. The flight back to Innsbruck was uneventful – other than having to make a small detour around a live military base.

Asiago is high up on a plateau, not down in the valley

Coming back into Innsbruck

For those who are interesting I have linked the recorded flight data GoogleDrive. It should open with GoogleEarth, but I am no expert!

By the time we had landed back in Innsbruck and reached the hotel, it was getting pretty late in the evening. I didn’t have much of an appetite and most places were closed anyway, so we stuck around the hotel and pre-packed for an early morning departure.

The return journey home was surprisingly easy and fast, and we reached home around noon. It was the perfect amount of time to kick back and enjoy the last day of our holiday.

Thank you for reading!