I regretted not going out last weekend on the motorcycle: the weather was beautiful and the trees were turning. I was sure that I had missed my window of opportunity to see any sort of fall colors. Therefore when Saturday was forecasted to be warm and sunny, I made it a point to get out, even if just for a couple of hours.

Dan and I ran some errands in the morning and I wasn’t able to get out until 2 pm. Late, but I didn’t plan to ride far. I figured that I’d back up to the Alsace region in France and check out the vineyards. They looked pretty good last year, after all.

The motorway was the fastest way to get north and I hummed along, passing cars a little faster than allowable but not really caring. I finally got tired of the straight-line riding and took the exit that would lead me into wine country. 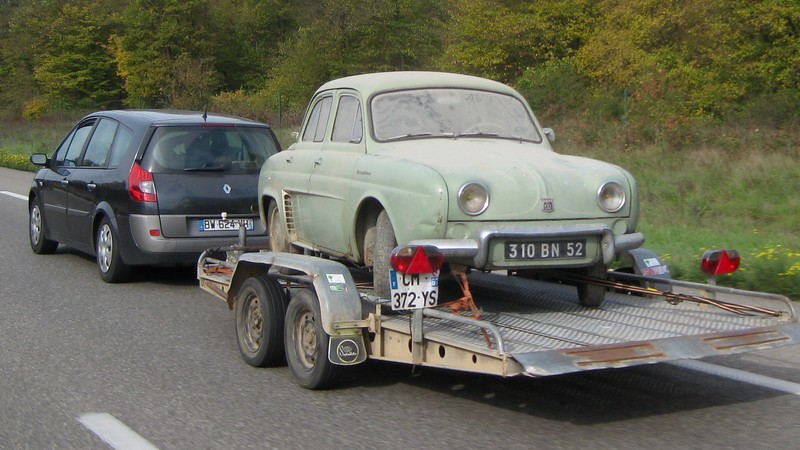 I was almost immediately greeted with the sight of yellow-leaved vineyards and three castle towers on the nearest hilltop. This was going to be a good day.

The Three Castles of Eguisheim

I wasn’t the only one enjoying the day

The quiet village of Eguisheim 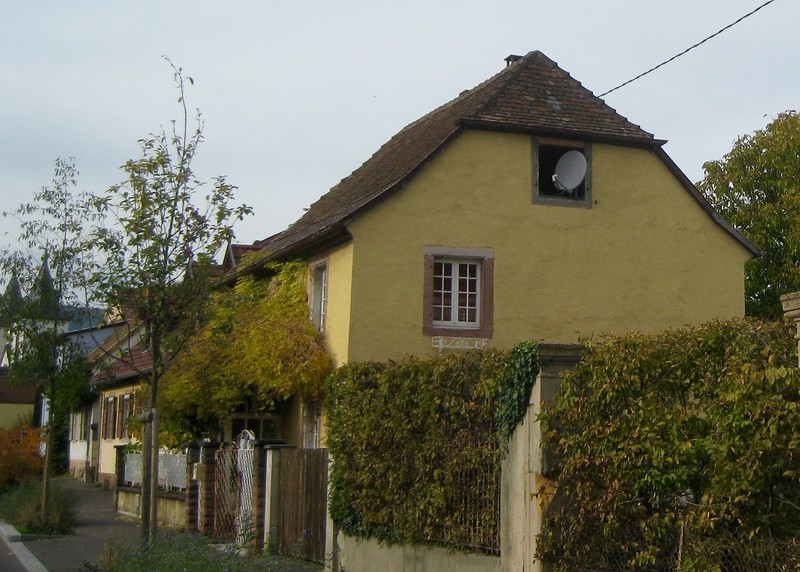 I took a peek at the GPS and saw a nice route that, while taking me away from the vineyards, would take me instead into the mountains. That’s just what I needed: some nice curving roads that wound through the trees.

Not a lot of color, but still nice

Patchwork of color on the hillsides

I meandered for another half hour, not really having a direction or a destination. I knew a couple of the town names so I would take my turns based on their general location, trying to stay up in the mountains.

I finally reached another village and made a decision: I would head for The Grand Ballon. This was the destination of my very first ride after I moved to Switzerland and I was looking forward to seeing the views and the roads that I remembered being nearby. And the weather was much better than that time. 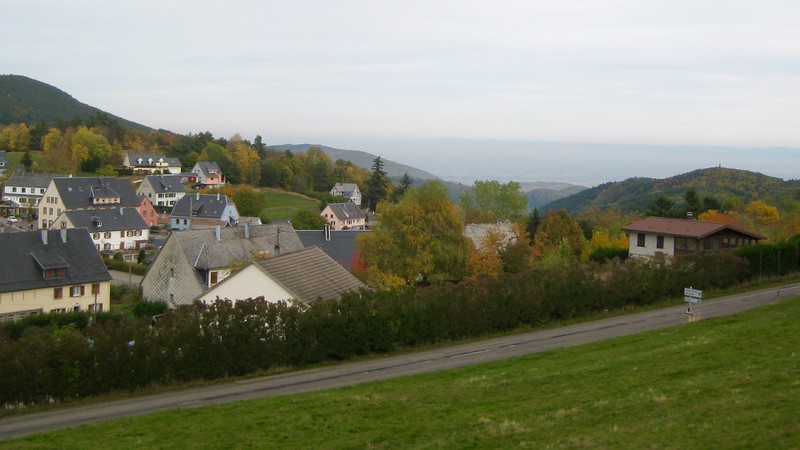 Every once in a while I would pass through a village, but for the most part it was forests and fields. A lot of forests. 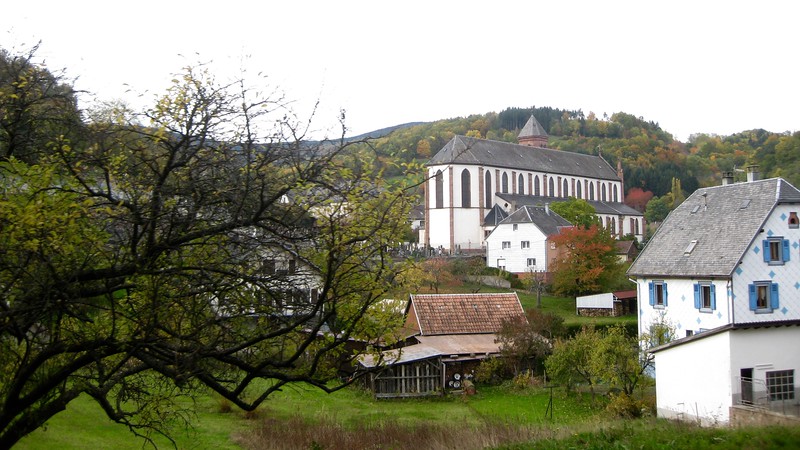 A group staring their walk 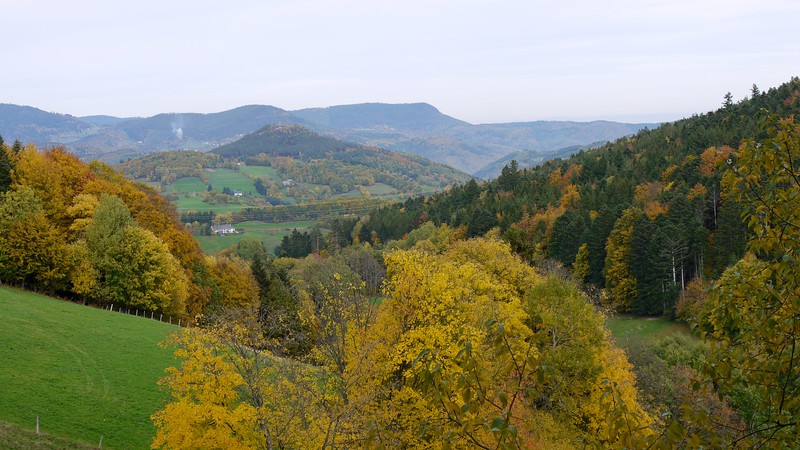 Not many cows in this region

I was in ski-country. In just a couple of months these roads would be impassible to my two wheels and instead be full of cars bringing happy skiers to take advantage of the snow-covered hills. But for now, this was my paradise.

I was in an entirely new biome. I went from low-level deciduous forests, through coniferous forests and then reached an almost alpine setting, with thick brush and frail, windswept trees. Red oaks, white beech, yellow larch, wild blueberry bushes and rust-colored heather…they all contributed to the rich palette of nature.

The sun was fading behind a blanket of hazy clouds and the photos were suffering from this lack of light. That didn’t stop me from taking them, though! I had been following the eastern-most ride of the Vosges, but now I was on the western side and could see the ridge lines stretching into the distance.

The most traffic I saw in the mountains all day

And then I saw them: The Alps. I was 90 miles away but there they sat, jagged peaks on the distant horizon. I was dumbfounded that they could be seen from this distance. I kept staring and taking pictures and talking to myself about how amazed I was. I knew that most of the shots would not capture the peaks due to the lack of definition. But I knew that they were there and enjoyed staring at them as much as I could.

The Alps, from 90 miles away 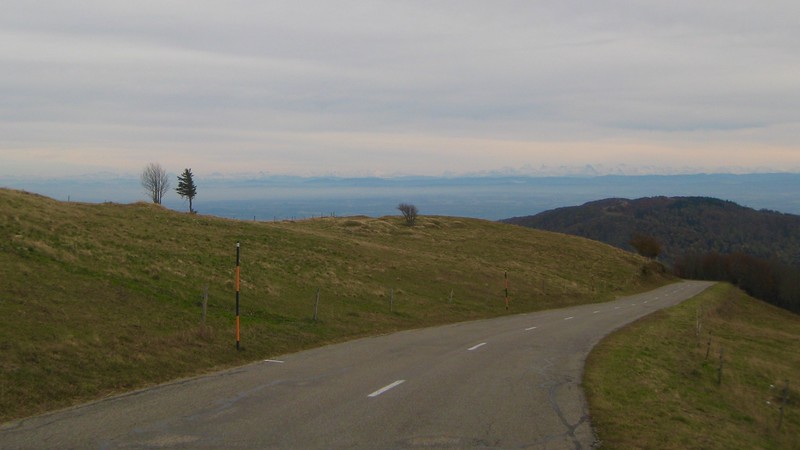 Yes, I was completely fascinated

I had set the GPS to “home”, which I knew would be pretty fast once I got out of the mountains. But I wasn’t out of them yet! First was a quick stop at the Hartmannswillerkopf Memorial site. It was a beautiful place and I made a point to tell Dan about it, so that we could visit some day and hike around the area.

Cobblestone switchbacks are sure to slow you down

Another view of the colorful hills 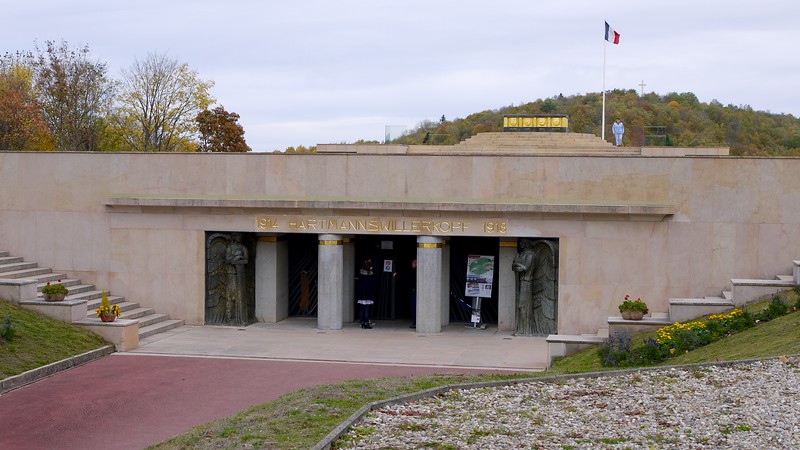 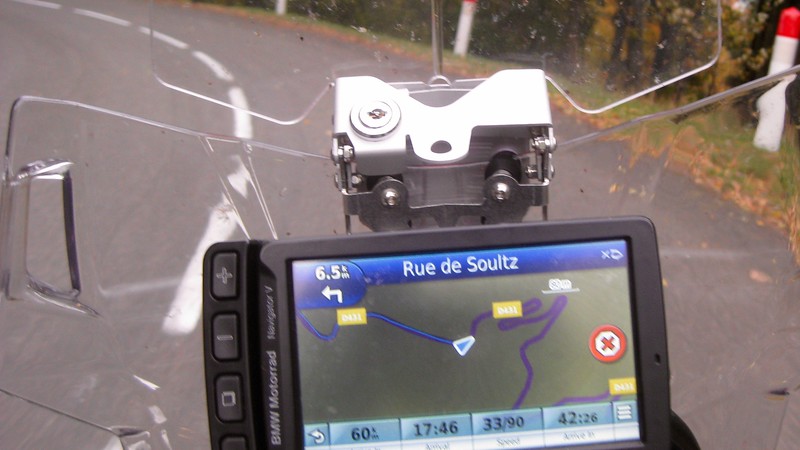 A little bit of fun before joining up with the motorway 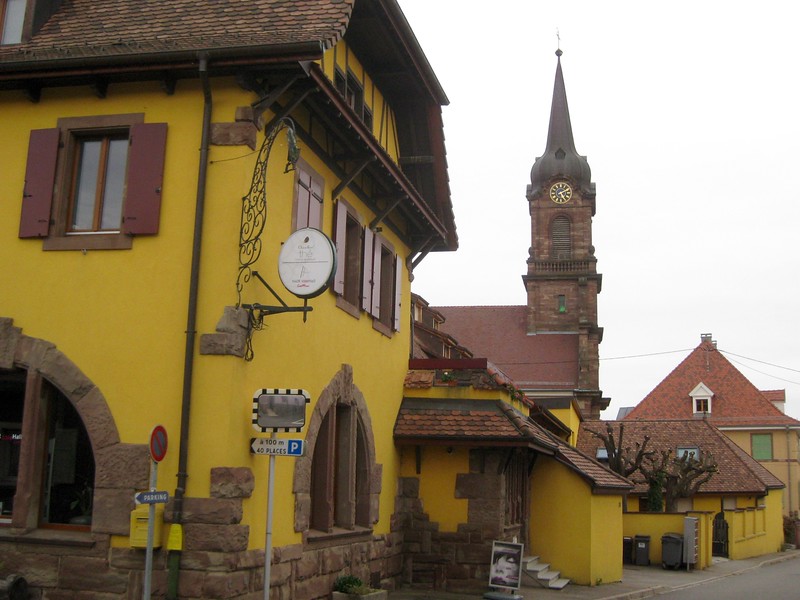 The first French military vehicle I’ve seen on the road

All-in-all, I was gone for just over 3 hours. I’m so glad that I got out to enjoy the day. I love the freedom that my motorcycle gives me to enjoy what life has to offer.

BONUS!! Dan and I went back the next weekend to do some hiking. Link here!