It was time to head home, in a round about sort of way. We first started with the goal of seeing one of the many formal gardens that dot the French landscape. Dan found one somewhat nearby and we headed in that direction. Along the way, we stopped by a store and picked up a dual USB outlet that we could plug into the lighter socket of the car. We could finally charge the electronics!

The route to the garden passed the town of Bayeux. I had seen signs for it on our way to Utah Beach and it piqued my interest. Since I was driving, it was easy to make the call to stop and check it out. We parked the car on a side street and began to explore. It was warm, but not unbearably so. We found the tourist office, which fortunately was able to tell us that the garden we were heading for was closed today. They gave us a guidebook and we quickly found another one not too far that we would stop at. 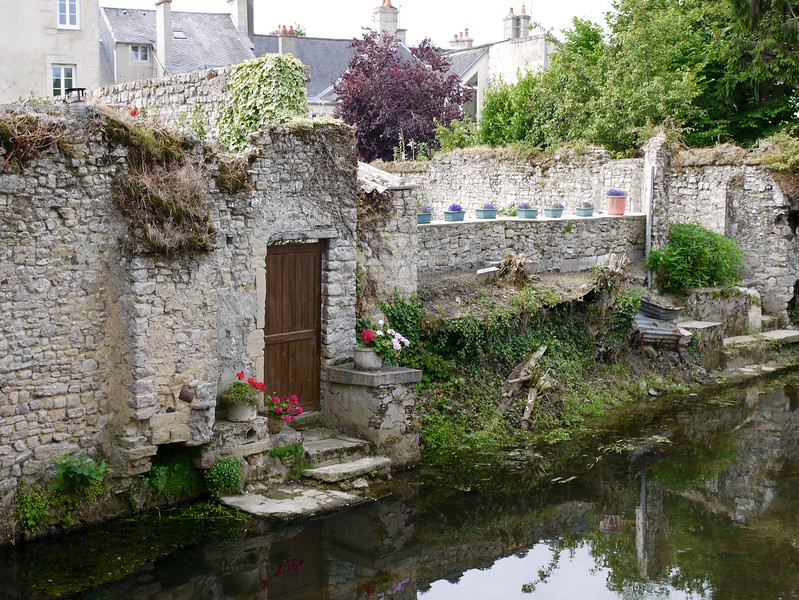 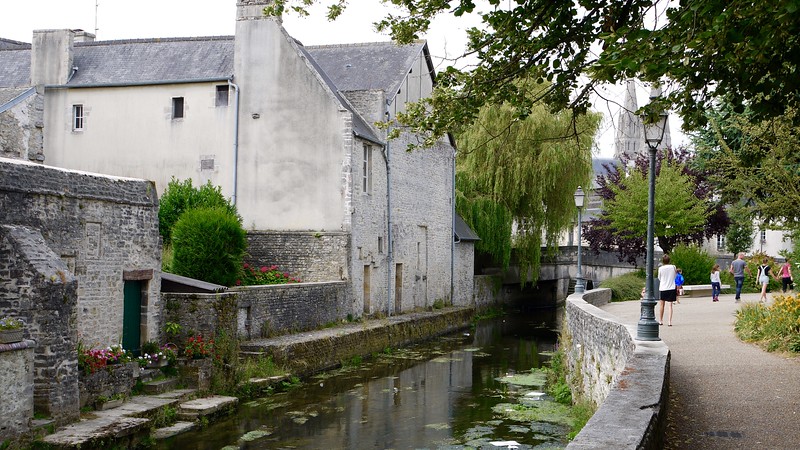 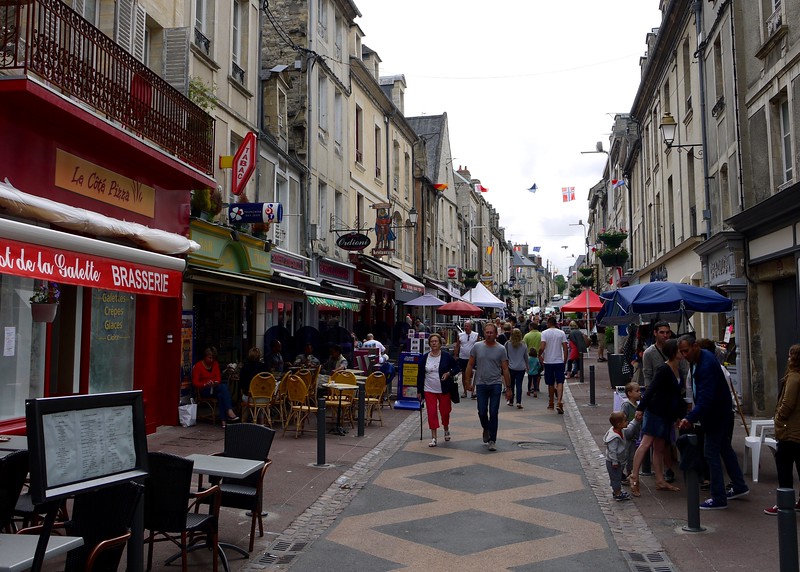 Bayeux is most known for the Bayeux Tapestry, and possibly the Bayeux Cathedral. I’m sure that there are other attractions, but since we hadn’t planned on stopping, we didn’t do any research. Actually, that pretty much sums up the entire holiday. 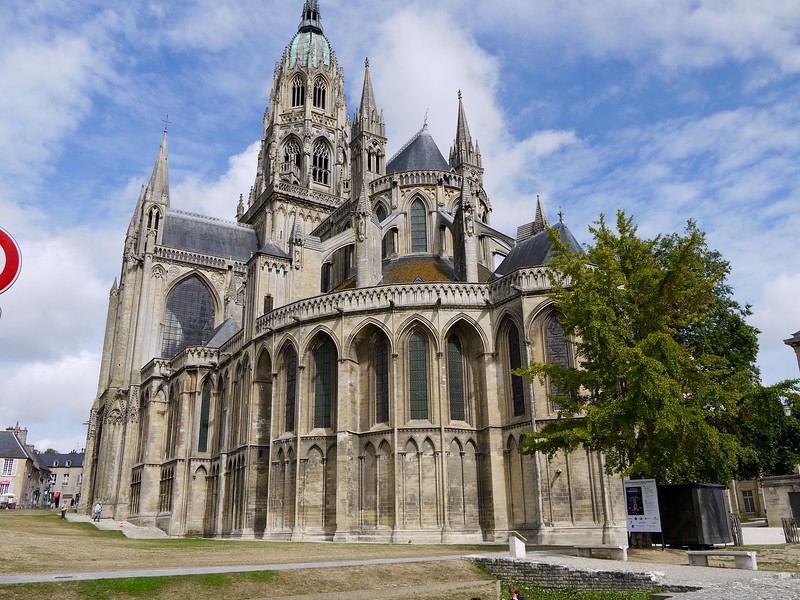 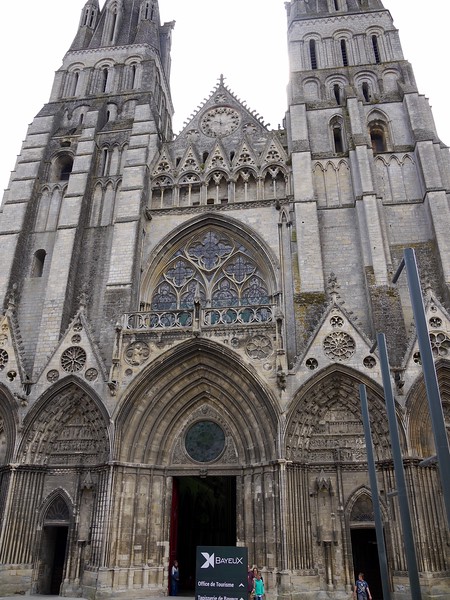 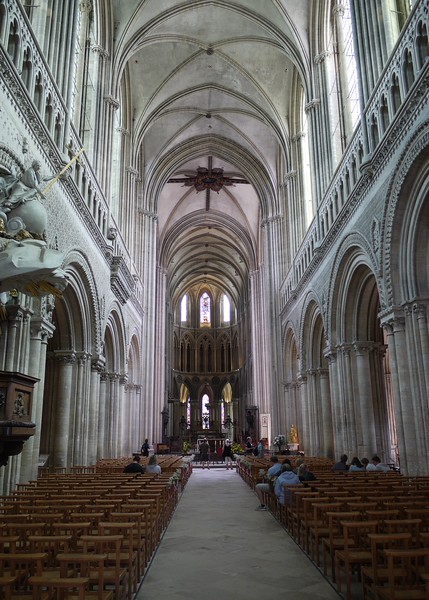 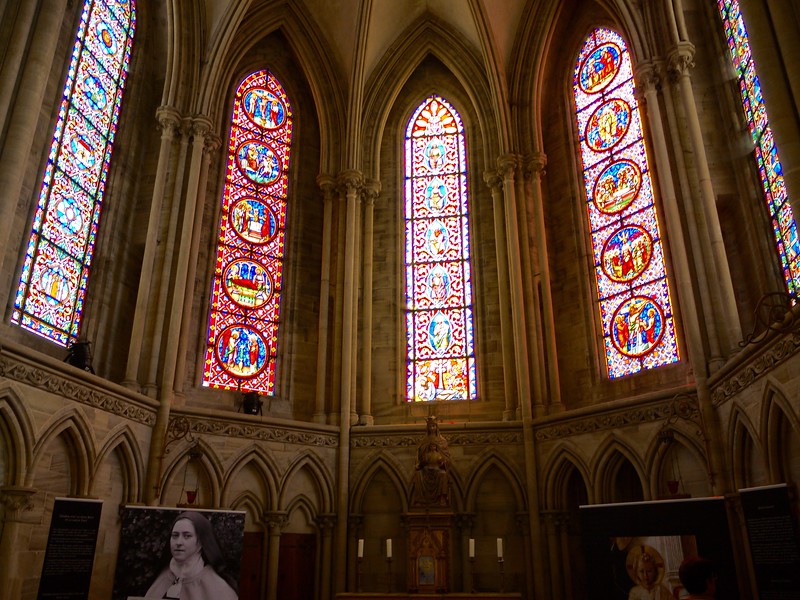 After seeing the big sights it was close to lunch time and we found a restaurant with shaded outdoor seating with a light menu. I had a crepe with banana and chocolate sauce (not quite breakfast, but close!) and Dan had a savoury galette with chicken and mushrooms. It was the perfect stop. After paying our bill, we meandered our way back through the historical town center, found our car again and headed for Les Jardins de Castillon.

We were early (gardens tend to have very inconvenient hours) but waited patiently for the gates to open.

Near our lunch spot

Looking across the river at our lunch spot 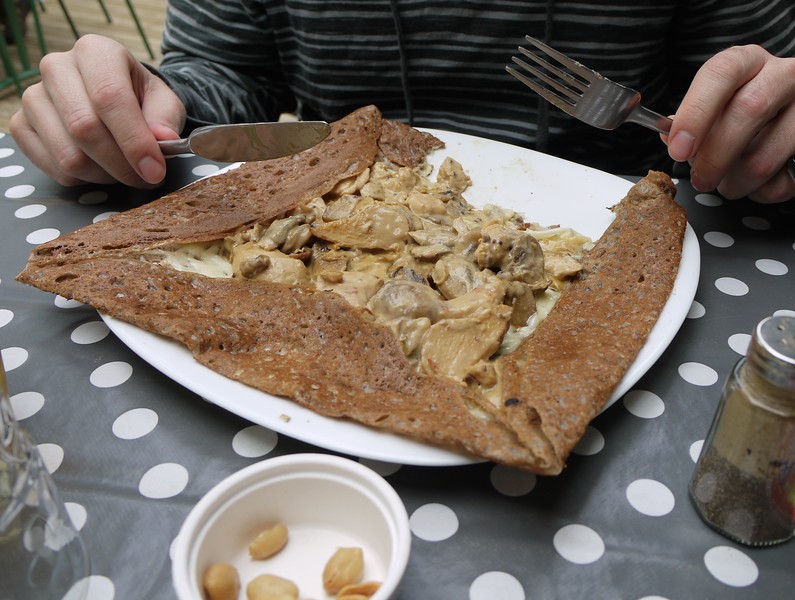 Once inside the gardens it was complete relaxation. It was quiet, the sun’s rays were softened by the greenery and there were well-placed benches for contemplating the beauty around us. We made it about half way through the gardens when we heard the first set of visitors arrive behind us. Our solitude was over. 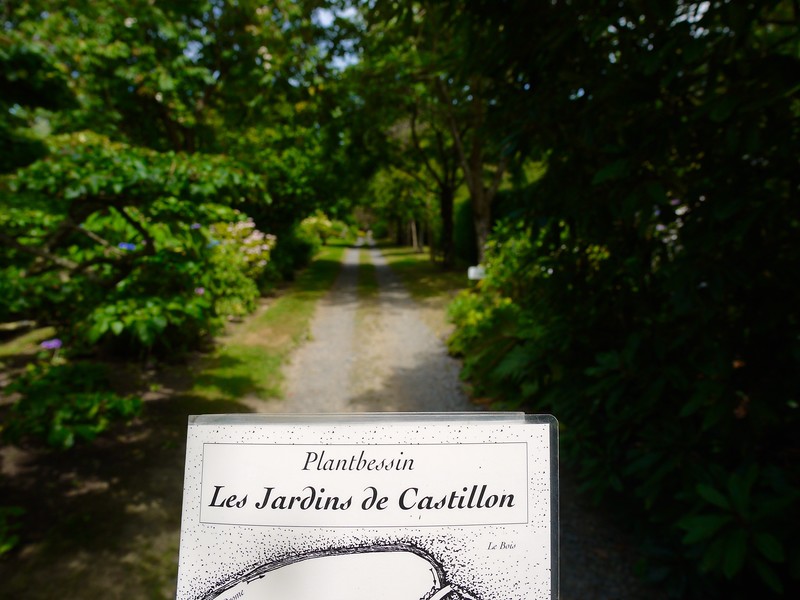 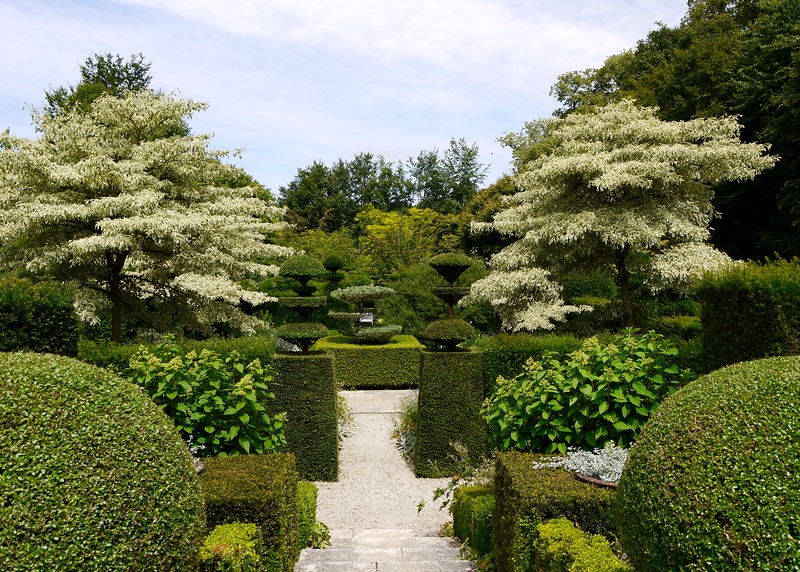 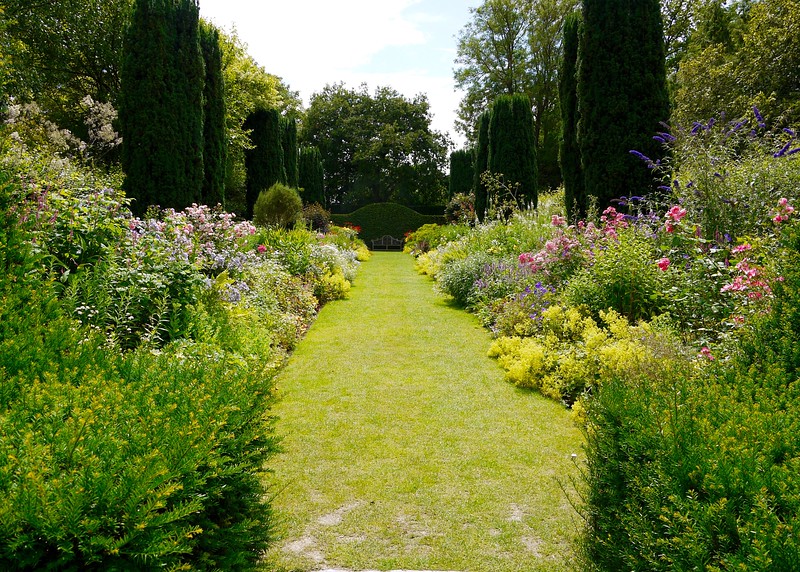 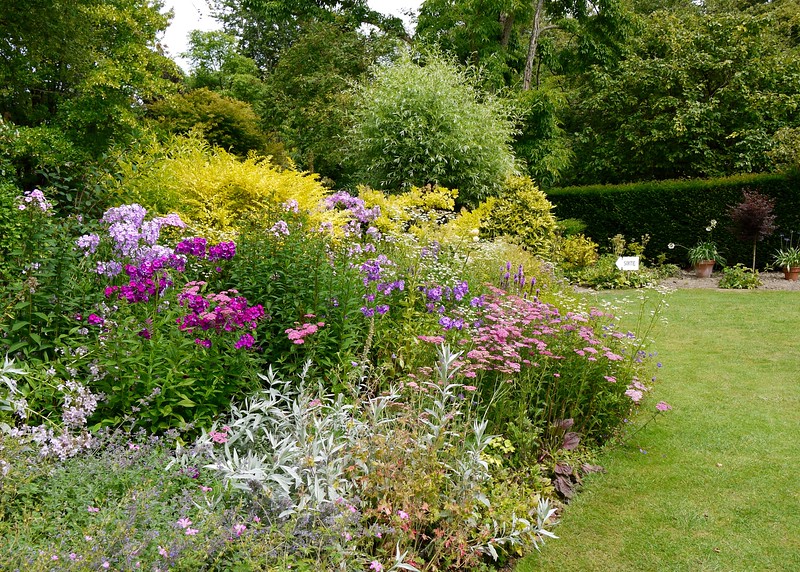 The nearby town of Castillion

We finished up our tour and resumed our travel east. We chose a likely-looking destination in Orleans, set the GPS and headed on down the road. The campground Dan found was right on the Loire River, set back from the sandy banks of the slow moving water. Once again, we arrived after the host had left for the day. Dan called the number left on the door and within ten minutes he got a call back inviting us to chose a spot and pay in the morning. We parked the car between two other tents and set ours up. The weather forecast called for thunderstorms and the dark sky to the south told us that it wouldn’t be long. We figured that we had a bit of time and took our blanket and books out to the beach area and sat back for some quiet relaxation. Nor more than ten minutes later and the first rain drops fell. We dropped our things off at the tent and estimated that we had a little more time to walk around before tucking ourselves into our shelter for the night. We almost made it. 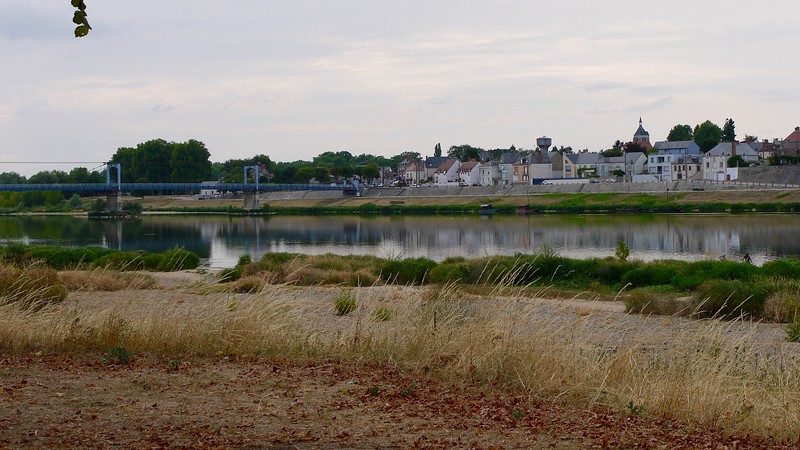 View across the Loire River to Châteauneuf-sur-Loire

The rain came in quickly on strong gusts of wind. We took shelter in the tent and used our weight to hold it down as the wind buffeted it sharply. The rain lashed down on the rainfly, showing Dan where he missed spots on the re-waterproofing he had done earlier. We settled in with our books and tried to ignore our neighbors’ overly loud conversation and movie-playing. And once again, despite the lulling sound of the rain on the tent, I had a horrible night’s sleep.

Sunday, our last day on the road. We started out with the intention of taking back roads the entire way home. We had all day to get there, and it would be more relaxing than the toll roads. We meandered our way through the countryside, mostly woodlands and farms (no surprise there) and followed the Loire River. An abandoned chateau caught our eye, as did a roadside cherry stand, and we stopped for both. Eventually we reached the city of Dijon. I said to Dan that I wouldn’t mind ditching the secondary roads and just getting home. I’d been driving for the last four days and wanted a break. Plus, I knew that it would be warm when we got back to Basel and I wanted time to kick back and relax. We caught the next toll road and booked our way into Basel. We took the car home with us, dumping out poorly-packed items into the storage unit to deal with later, and returned the car in the morning.

It wasn’t the holiday that I had been hoping for, but hey, it could have been worse!