Since we knew nothing of Chiavenna we thought that it would be best to go explore it on foot. The walk wasn’t too far, but the route was along a busy road and the sun was getting warmer by the minute. We reached a busy roundabout and I saw a sign for Splügen Pass. It looked familiar and I started to wonder if we´d been here before. The answer was on the next street: a bridge over the river gave me the same view that I had caught a glimpse of eight months ago. I recall crossing this bridge on our way home, seeing a nice scene off to my right and wishing that I could have caught it on camera. And now here I was, back at that same spot but this time not in a hurry and with my camera at my side.

Chiavenna has a long history, dating back well before the Romans came tromping through. The city has grown and changed over the millennia, with no one set of plans or architecture. The main old town stretched out on a long street that ran parallel to the river and we walked down it, checking out the shops along the way. Cheese, meat and bread – all the basic necessities – were prevalent.

A bell-less, clock-less tower stood in a quiet plaza, standing over a fountain and a faded painted building. This was originally the center of the old city, but now it seemed like a forgotten corner.

At the far end of town was a high rocky outcropping called Paradise Park. At this point we swung right and made our way back along the mountain side of the town. We immediately came across the Portico of the Collegiate Church of St Lawrence. Once again, the internet will be my source of information.

The original church dates back to the 5th century, although I doubt much of it is left.
In 1537 a fire destroyed the trussed oak ceiling in the church, which was replaced by vaulting. Other important works were carried out in 1719 (18th century), when the imposing columns in granite were added.

In front of the church is a large four-arched portico with slender columns constructed in Renaissance style between 1629 and 1649. The plaques on the walls declare that the portico sits above the ancient cemetery with its aristocratic chapels. The inside of the church is apparently quite grand, but as we did not go inside, I can’t confirm that bit of internet information. 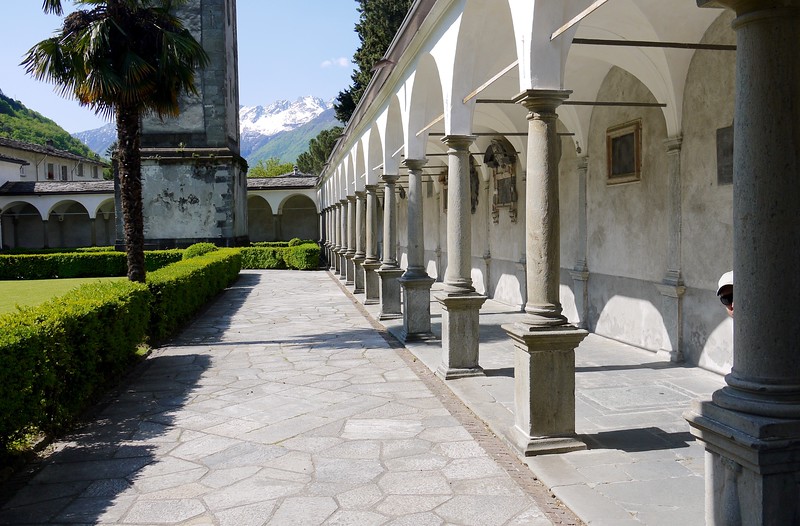 We also did not go into the museum, and as there wasn’t much else to see, we continued walking, coming up to a particularly shady, tree-lined street where the Crottos were. What’s a crotto, you ask? It is basically a grotto, but used to store food and wine and today some are used as restaurants. We considered eating at one but it wasn’t yet open for lunch. We were ahead of our time! But we wanted to try one so we figured we’d kill some time and see some other sights until they opened. 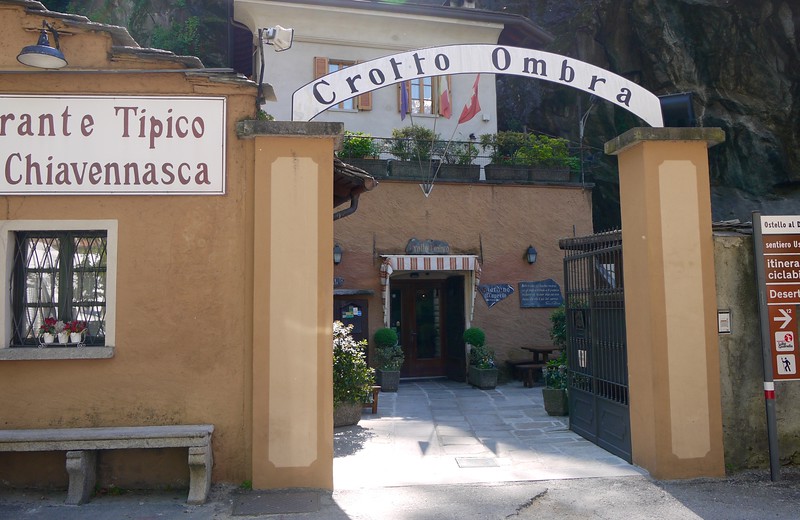 We walked back across town (it really is a small place) to check out the old mill where flour was ground for local breads and pastas, but by the time we got there, it was closed for lunch and wouldn’t reopen until 2:30 pm. No worries! We’ll go to the big park! But it was also closed for the next two hours for the midday lunch break. Dejected and just a little bit tired, we decided to skip the Crotto entirely and just eat at the apartment. We found a grocery store and picked out some nice things, took them back to the apartment and we kicked back for a while. When we did head back out we took the motorcycles, thereby skipping the long and boring walk into the town center and taking us directly to the base of the park, our only goal for the afternoon.

Local emergency helicopter coming in for a landing

Once we parked the bikes we walked up to the park and began exploring the trails that wove their way to the top. Most of the information here I gleaned from the internet, as there aren’t a lot of good sources. The botanical-archaeological park of Paradise is formed by two hills, “Paradise” and “Castellaccio”, which are located at the eastern edge of Chiavenna in a magnificent panoramic position. Established in 1955, it is now part of the Valchiavenna Museum. The two hills, separated by the deep split in the “Caurga”, are connected by a walkway and covered by a dense network of trails that allow visitors to climb to the highest points. There are unique aspects: varieties of flowers and plants (including rare species and exotic vegetation); several archaeological and historical remains; the ruins of the old walls and fortress; and artistic and architectural artifacts.

Cemetery viewed from the park

I would have liked to have had more signs about the art and architecture, and maybe some of the plant signs translated into English, but overall, it was a beautiful place to enjoy the afternoon.

It had been a good first day. We felt like we knew the town pretty well and had seen most of the landmarks that interested us. It was nice to know that we could ride the bikes back to the apartment and settle in with a nice fresh pasta dinner. I´m fortunate that Dan not only likes to cook, but he´s pretty good at it, too. 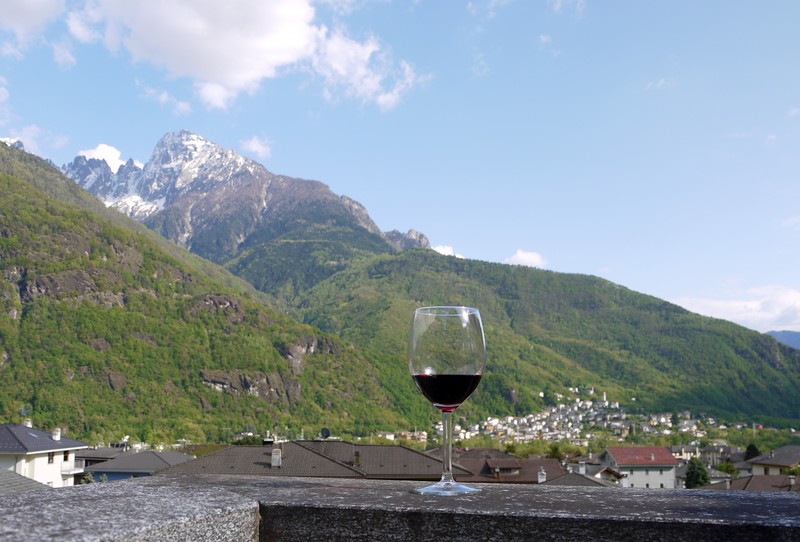 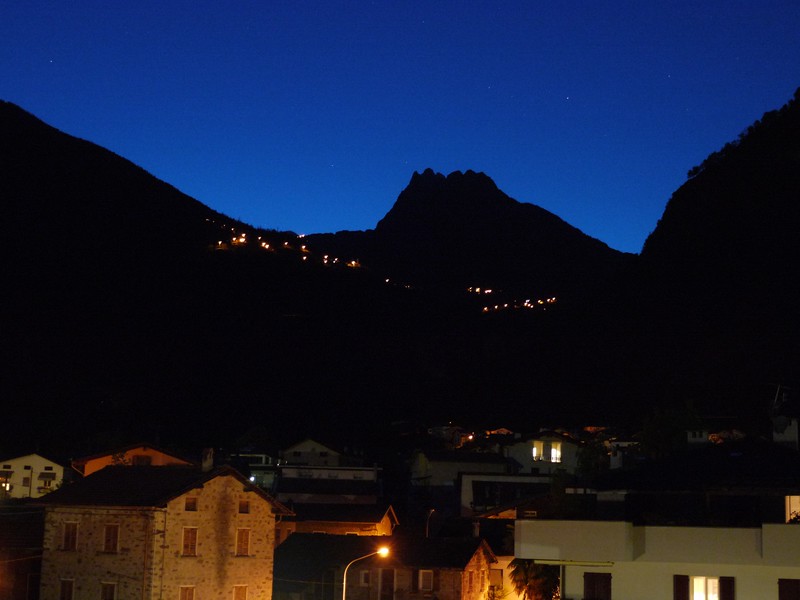