We had all day to get home, so we decided to go through the park again. We had the name of the highest point in the park, an ancient ruin and no other plans. It would be a relaxing day.

Our return to the park was on mostly new-to-us roads, although we did pass through Montreuillon again. The roads and weather were both beautiful. The skies were clear and blue, the landscape was green and fresh and the roads were clear. It was not raining, I might add.

Let’s do another zoom game, shall we? Look at the photo above. See the white specs in the middle right? Let’s see what those are. 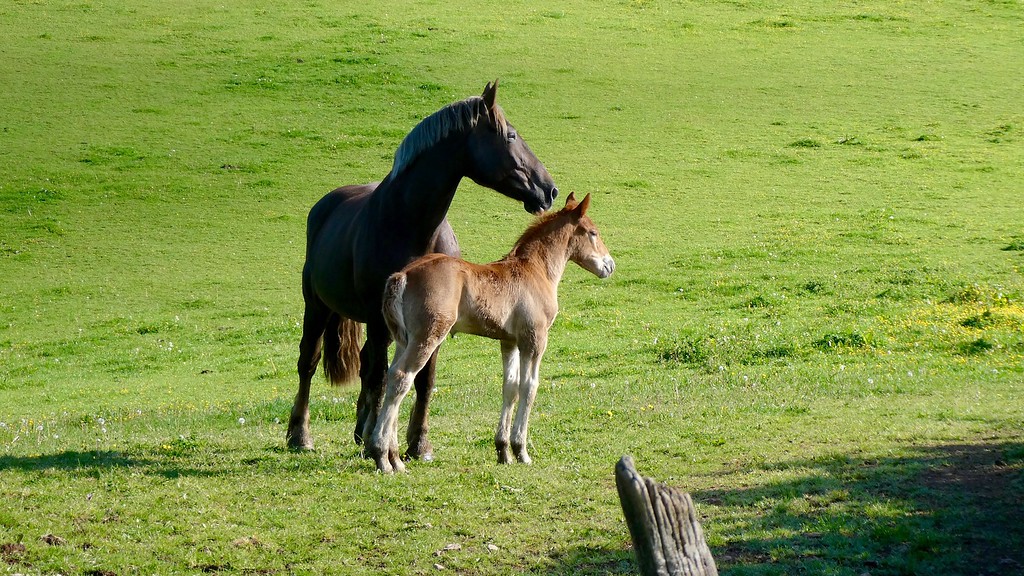 My navigator was taking us the long way to Haut-Folin, the park’s highest point. We thought that it would be pleasant to see the views from this point, but the more we drove through the park, the less interested we became. While the park itself is beautiful, we agreed that making our way up to an overlook really wasn’t vital to our appreciation of the scenery around us.

Instead, we decided to check out this “mystery historical site” that Dan had stumbled upon online the other day. It was sort of on the way home, so we reset the GPS and made our way to the Pyramide de Couhard! With a quick stop in Autun, since it was on the way…

It was May Day and many people had set up little tables in the main square of the town to sell flowers to celebrate it. It is “a public holiday to campaign for and celebrate workers rights. It is also an occasion to present lily-of-the-valley or dog rose flowers to loved ones.” There were many flowers being sold that day.

On the other side of Autun we found our next goal: the Pyramide de Couhard (google translate of the Wiki page). To be honest, neither of us had any idea of what to expect from the description (“It is a cenotaph of the Gallo-Roman era. It stands on the site of one of the necropolises of the city of Augustodunum, the current Autun. This city was founded around 16 BC. BC by Augustus to replace the gallic oppidum of Bibracte.”) but even so, what we found was unexpected.

But to be honest, the real attraction to this stop for me was this view of Autun 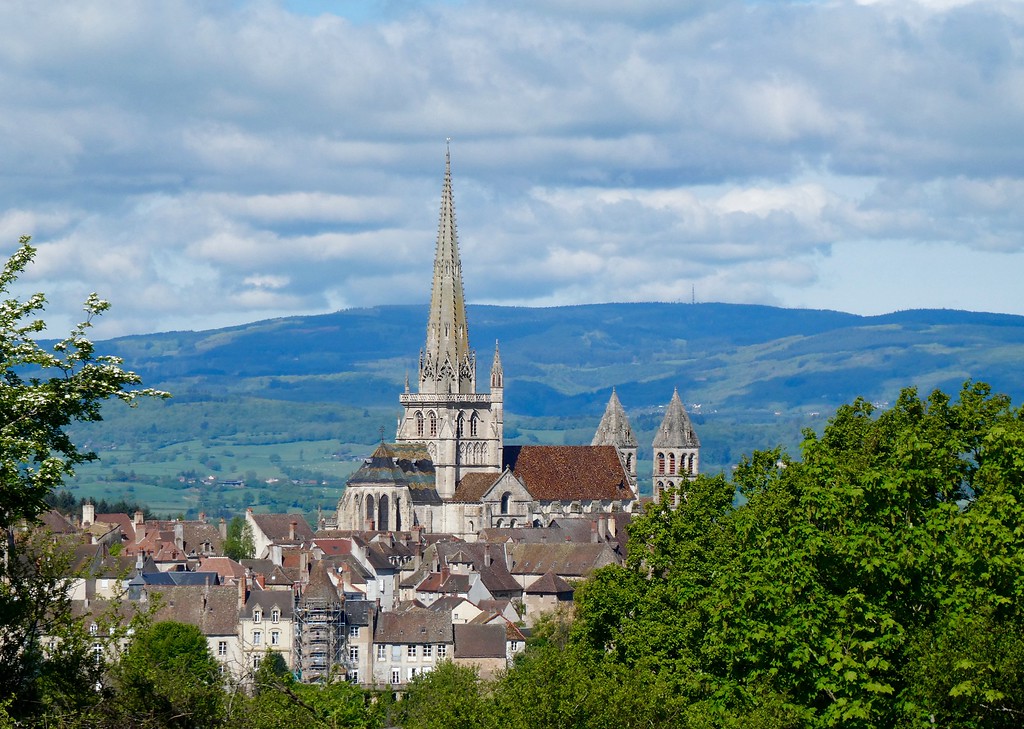 At this point our sightseeing was over; now it was just a matter of getting home. We had planned on taking the backroads to enjoy the scenery but quite honestly, I was tired of driving. I just wanted to get home and get out of the car. We readjusted the GPS to allow toll roads and we were on our way!

A quick rinse before returning the rental car

All-in-all, it was a good trip. We saw some really beautiful and interesting things and met many nice people. But next time I’ll plan on taking the motorcycles, weather forecast be damned!