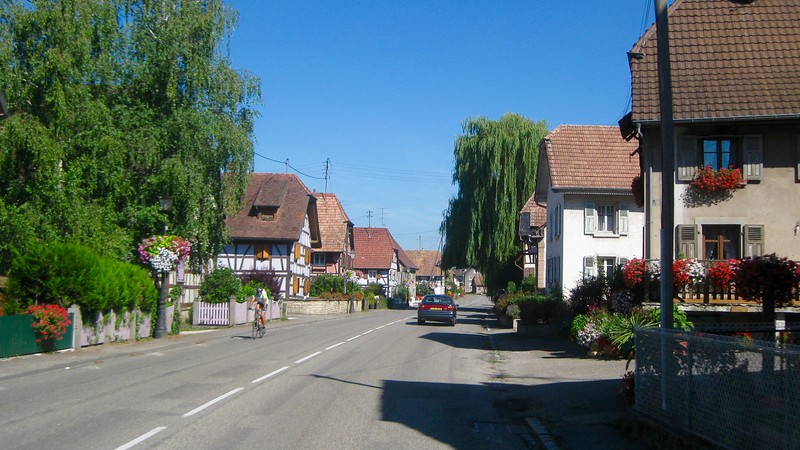 The French towns looked much more colorful this time of year

The book handoff was awkward but complete. The farmer’s wife didn’t know English, I don’t know any French and her German was fast and accented. I finally managed to convey that I knew that her neighbor was out of town and I was to leave the books with her. Her dog barked at me the entire time and even managed to get a nip in as I handed her the books. I didn’t linger for photos…

I then took some new roads for my very leisurely ride home.

Along the way I saw a sign for “Ruines Château du Morimont” and I decided to check it out. I followed the signs for some time before I found myself on a rough road that cut through the farmland. I couldn’t imagine where a Château would be hiding in this area. 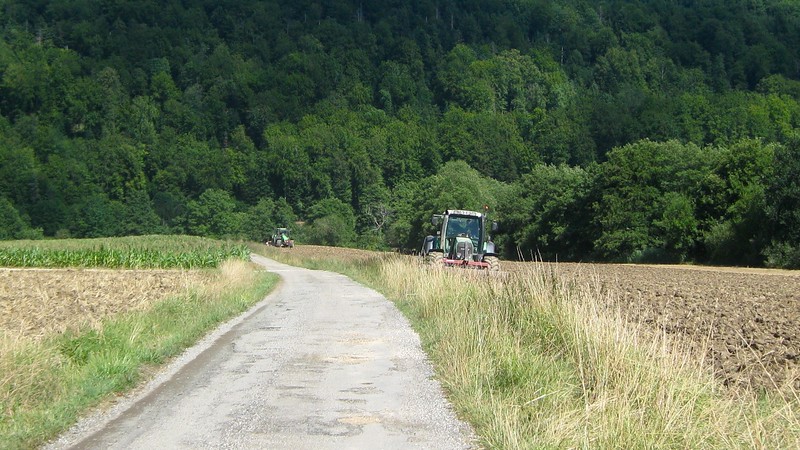 I finally found a parking lot and well-kept Schoss. Certainly this wasn’t the “ruins” that were advertised? There was a fair bit of activity and I suspected that a wedding would be taking place shortly. 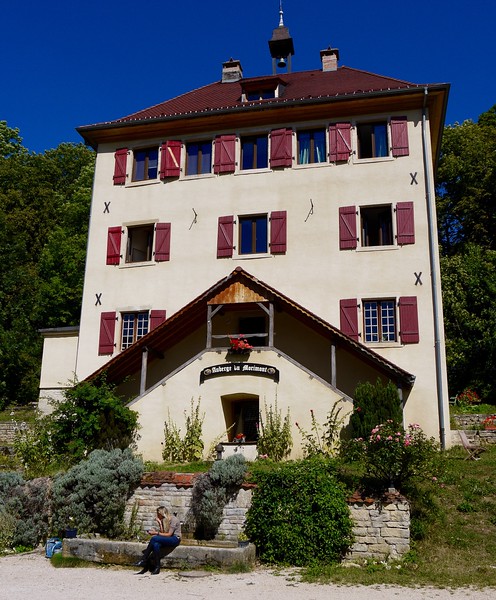 As I wandered around the grounds, looking for a ruin, I found a sign:

And saw this track:

I suspected that the ruin was down this lane, but how far? I was in full gear and the sun was strong. I didn’t want to walk there and upon seeing recent tire tracks I decided to go back and get the motorcycle. It turned out not to be very far at all, but it was still nice to get some dirt under the tires for once!

The Château was interesting to investigate and there were indeed wedding preparations being made. Signs were in three languages, with English being one of them, so I was able to understand most of what I was looking at. 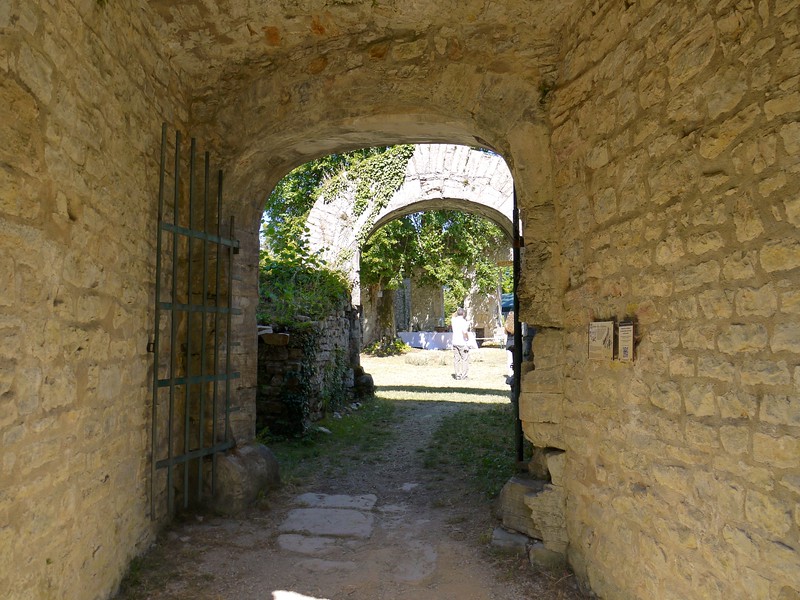 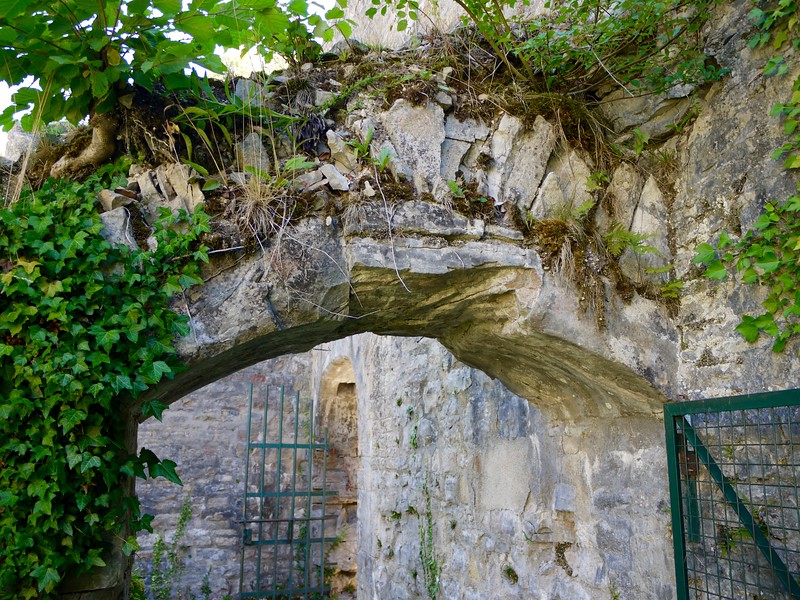 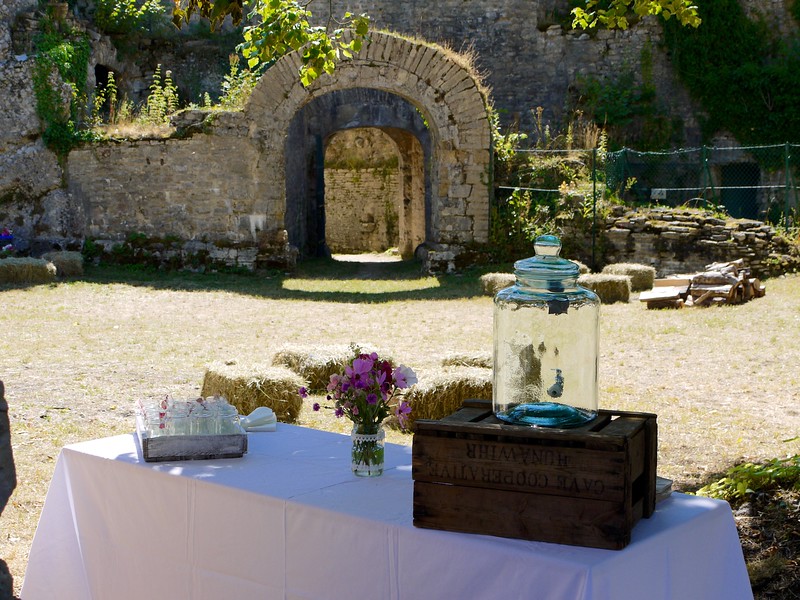 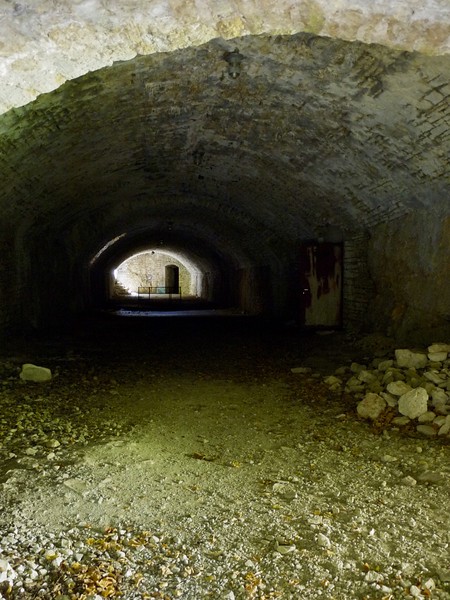 The vaulted ceiling of the cellar

I had explored all I wanted to and returned to the bike, taking the dirt track back to the rough road and then back to the nice farm roads. I love how the road designers seemed to go out of their way to make the roads fun for motorcycles.

Anybody else need something delivered? “Have motorcycle, will travel”