Many people have asked me how I manage to take photos while I’m riding. Most people would use a GoPro to get their results, but I admit that I’m too lazy to set up the camera, remember to turn it on, and then (the worse part) painfully edit out any shots that I may want. Besides, I already take more photos than I know what to do with.

So for me I have a simple, jury-rigged system with three ingredients:
1. One tank bag with external pocket
2. One easy-to-use digital camera (Olympic “Tough”)
3. One retractable link keychain.

Put those together and you get something like this (note that this is an old photo that shows a now-dead Sony):

The key to this set up is twofold: 1. the outside pocket makes it easy to reach in and pull the camera out (as well as put it back) and 2. the retractable chain means that I have absolutely no fear of dropping the camera. If something comes up unexpectedly and I need both hands, I let go of the camera without a second thought, knowing that it’ll be hanging there, waiting until I recover. 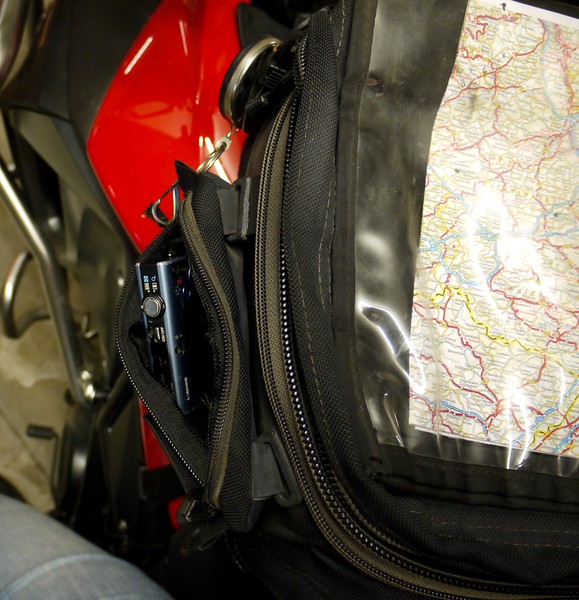 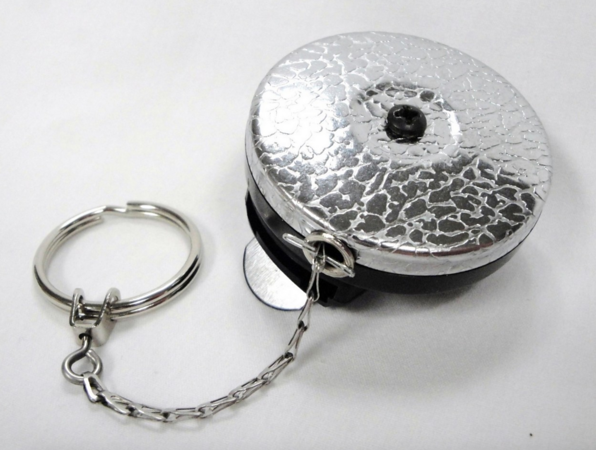 Similar to the keychain I have

I generally don’t use the LCD screen on the back of the camera (the exception would be something like shooting an approaching car and I want to make sure that it is within the frame), but instead I just hold up the camera at what “feels right” and click. Naturally certain gloves are easier than others to work the controls of the camera.

Shooting forward took some practice, but wasn’t too bad. Shooting over my shoulder to catch my husband riding behind me took a lot more work. 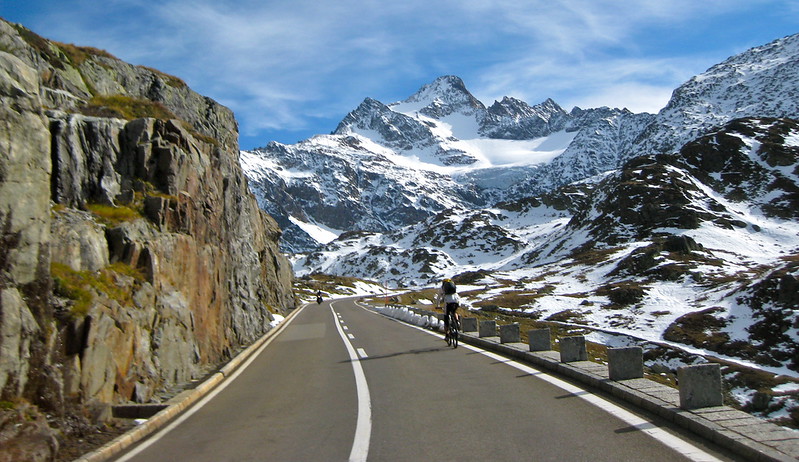 No place to stop for a photo 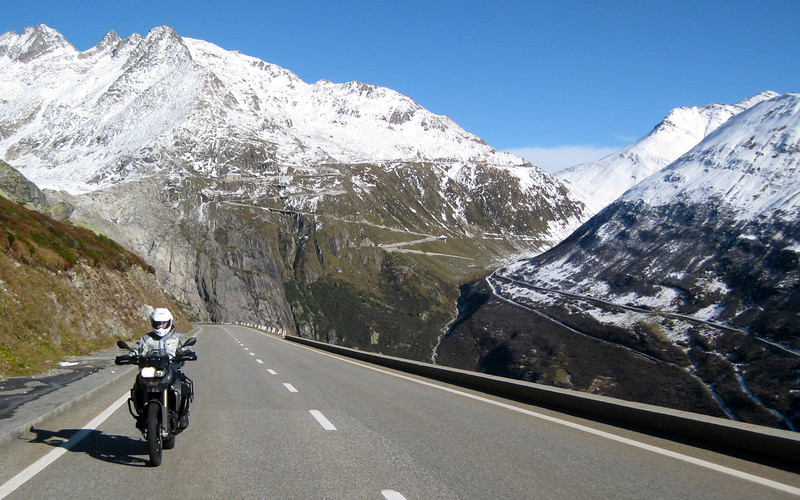 Probably one of my better over-the-shoulder shots

For pictures off the bike, I use a Panasonic Lumix TZ91. It does a much better job in catching lighting details as well as great zoom capabilities.

I hope that you enjoyed my little tutorial!