A trip through France for lunch

I had met fellow rider Lorraine a while ago but due to our schedules we never found many chances to get together. The stars finally aligned and we made plans to ride somewhere for lunch. I checked the weather and our schedules and made the suggestion of riding to Saint Hippolyte, southwest of Basel in the French Jura. I had been there a few times, but never stopped to eat. Today we would take our time getting there, take our time eating lunch, and take our time getting back. It was a plan!

There really isn’t too much to say about the day. The weather was perfect, the roads were perfect, lunch was tasty and everything fell into place. 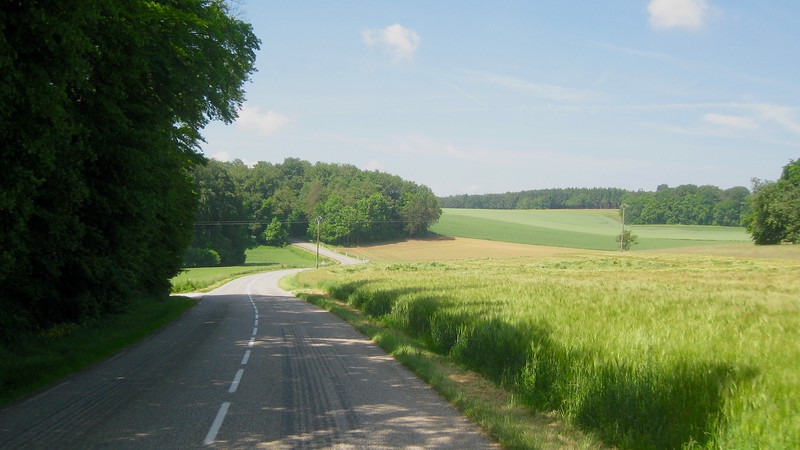 One of many French villages just outside of Basel 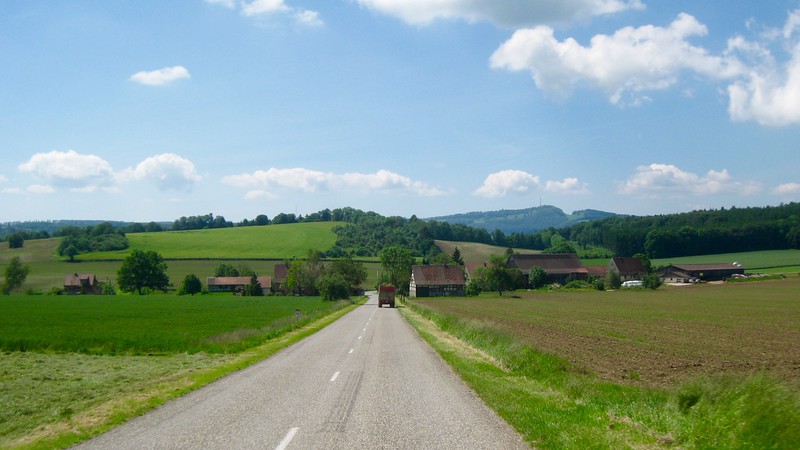 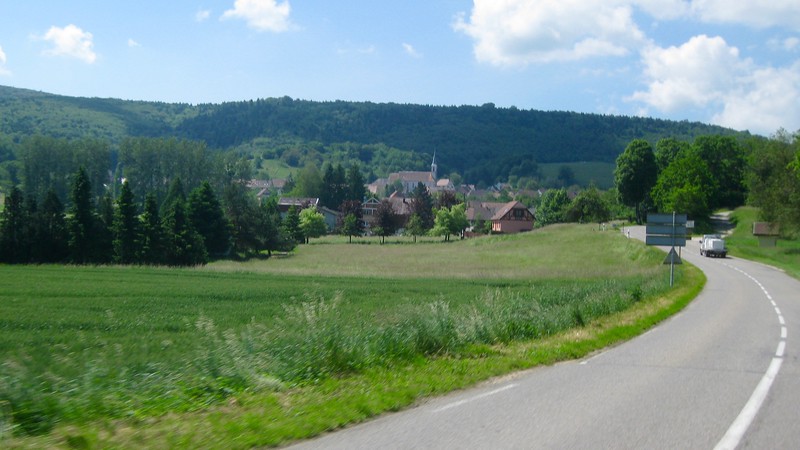 The route zigzags across the French/Swiss border so many times I rarely know which country we’re in. However, I knew we were in Switzerland as we got closer to my surprise pre-destination: St Ursanne. I love this little town and have stopped here whenever I am in the area. It is a complete medieval town tucked behind its historic walls, where the only glaring admission to modern life being the infrequent cars that motor their way through. I am always surprised that they let vehicle traffic through the gates. But this means that the let us in.

We parked our bikes and a fellow rider immediately came over from the outdoor restaurant seating and suggested that we not eat there. Well! We weren’t planning on eating here anyway, but I filed it away for the future reference. Lorraine had never been to this village before and we took a few minutes to walk around – which doesn’t take too long, it is so small.

Once a year, the village hosts a Renaissance Fair. I went in 2013, so if you like to see such things, here are pictures that show the fair goers, as well as some scenes from within the town walls. 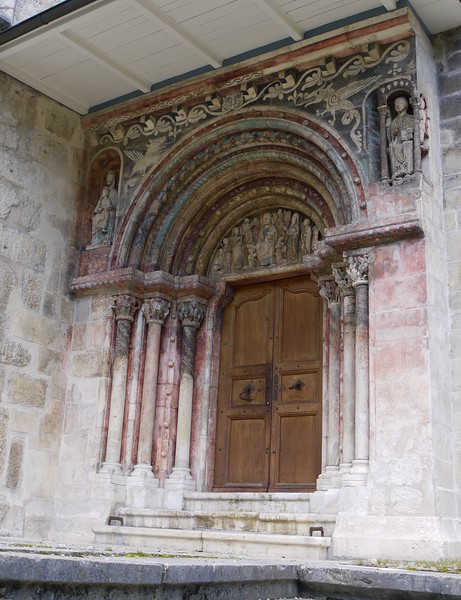 Front door of the collegiate college 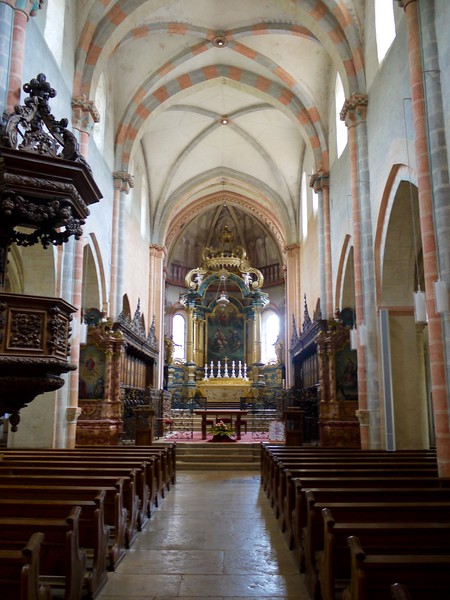 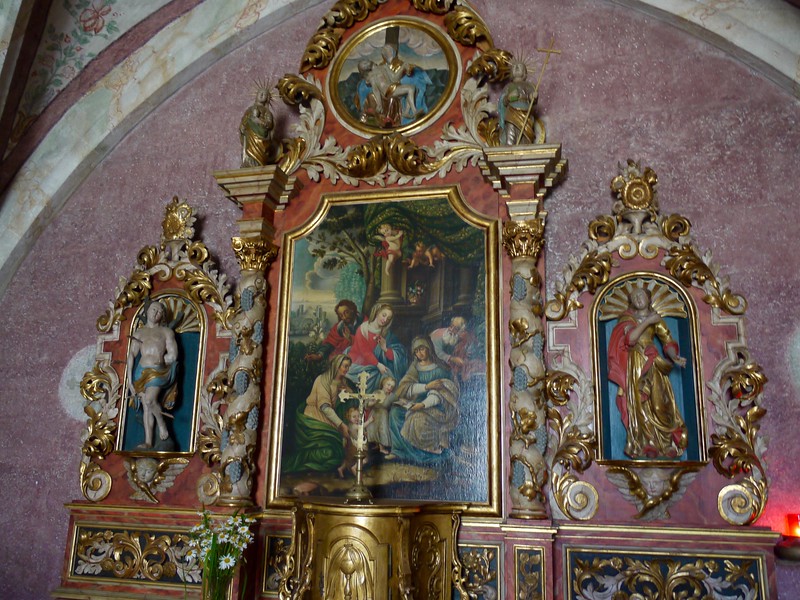 From here, it was a nice half hour ride to our real destination along one of my favorite relaxing roads in Switzerland. It follows the valley of the Doubs river with thickly forested hills on both sides. Periodic villages lined the way, but for the most part it was just a matter of following the meandering river banks. 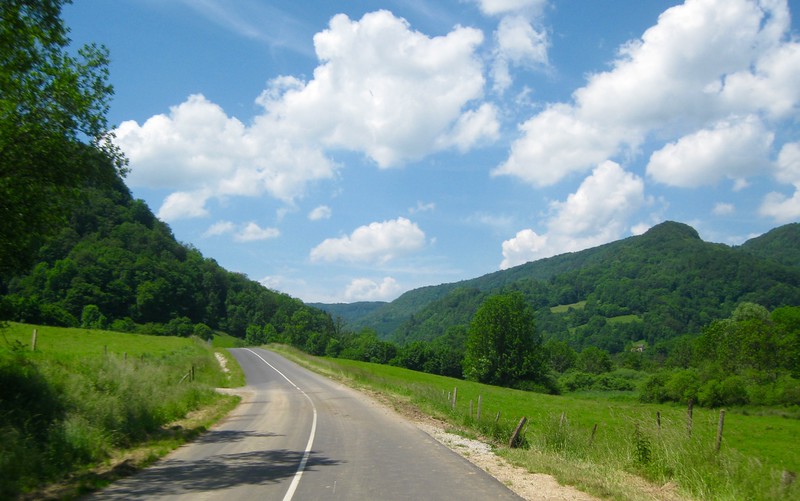 For whatever reason, I didn’t take any pictures during lunch. In fact, I can’t find any pictures from my previous visits here, so I snagged Google’s street view for you. Now just imagine four times as many bikes parked out front, in addition to half a dozen more in the parking lot itself.

Lorriane and I managed to find a table outdoors yet in the shade and I enjoyed one of the better burgers I’ve had in a long time. After a leisurely lunch we decided on a non-direct, non-backtracking route home and off we went. Once again, it was an unremarkable ride if you discounted the fantastic weather, roads and scenery. 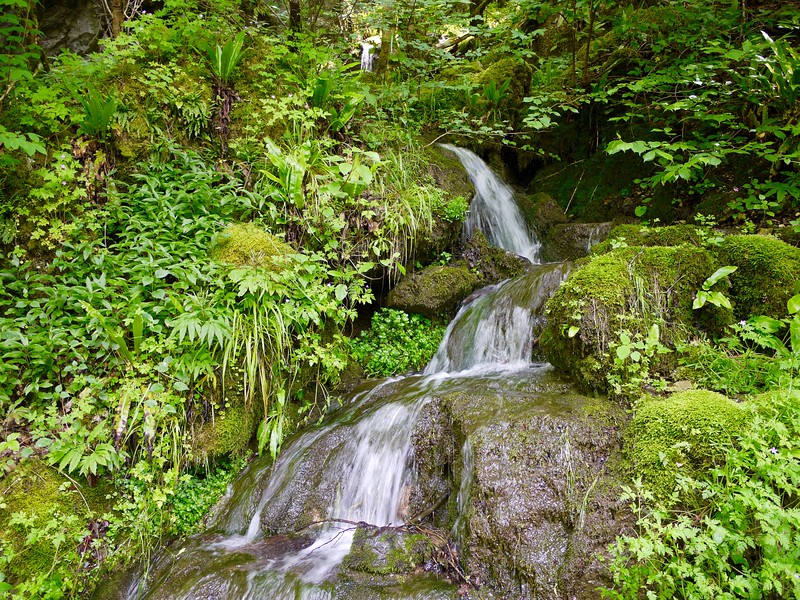 I had to stop when I saw this waterfall

One of my favorite border stations 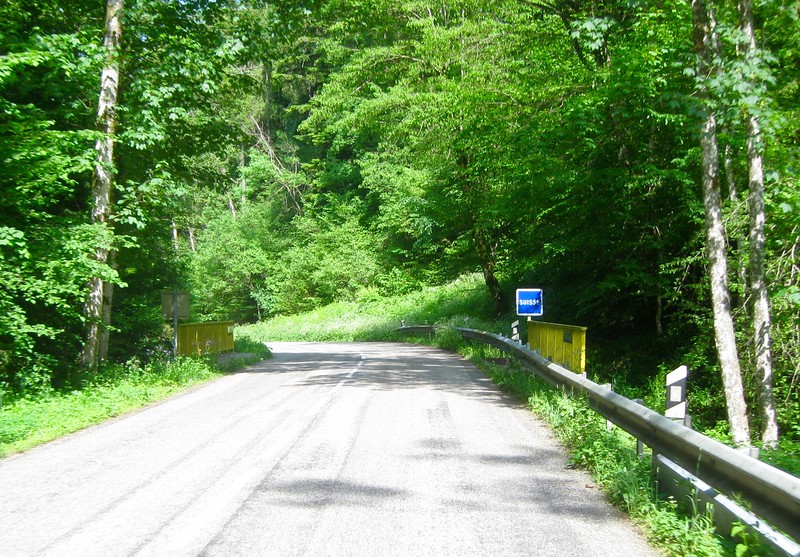 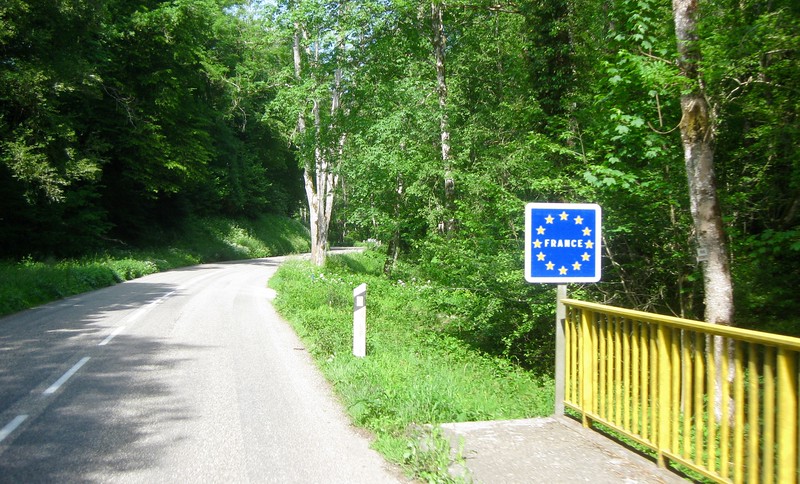 We ended the ride just outside of Basel so that Lorraine could return home without fighting any more traffic than necessary. It was a nice, relaxing day and it was great to be able to share it with her.