Christmas. This isn’t a time when one would normally would consider a motorcycle ride in Switzerland, but we’re having a very mild winter thus far and the sun was out. Time to explore!

I headed south. My goal was to see the mountains covered in snow. So I took the motorway south, happy in the 10C temperature, warm in my Gerbings electric jacket. The sky was fairly clear and I wondered about the visibility of the Alps once I passed through Belchentunnel If you click on the link you can read about how the tunnel is haunted by the “White Woman”. She hasn’t been seen in a while, including today. This tunnel is 3 km long and comes out on the south side of the Jura ridge to vast views across the plateau to the Alps.

But not today. Today there was nothing but low clouds which obscured any views beyond the vehicles around me. The road descended below the clouds and I was once again the sun. I made up my mind to visit the town of Payerne, far south at the other end of Lake Neuchatel. This is the hometown of my husband’s mother and I was curious to see it. Even though she left it in her early teens, I thought that she would enjoy seeing it in all of its Christmas glory and I looked forward to the Christmas market that I assumed would be in full swing. Christmas was, after all, in just a couple of days. I programmed the GPS and settled in for the ride. It would be another hour on the road. I considered taking the backroads, but I wanted to get there, and then meander my way home. Besides, with the heated grips on high and the electric jacket humming away, I was cozy.

Payrene was not what I thought it would be. It used to be a small farming village and the population has since tripled since my mother-in-law left it, leaving a built-up modern city with no hint of historic charm. I parked the motorcycle and proceeded to walk around, certain that there was a central plaza or Christmas market somewhere. The best I could find was the Abbey Church of Payerne, hidden under renovation scaffolding. 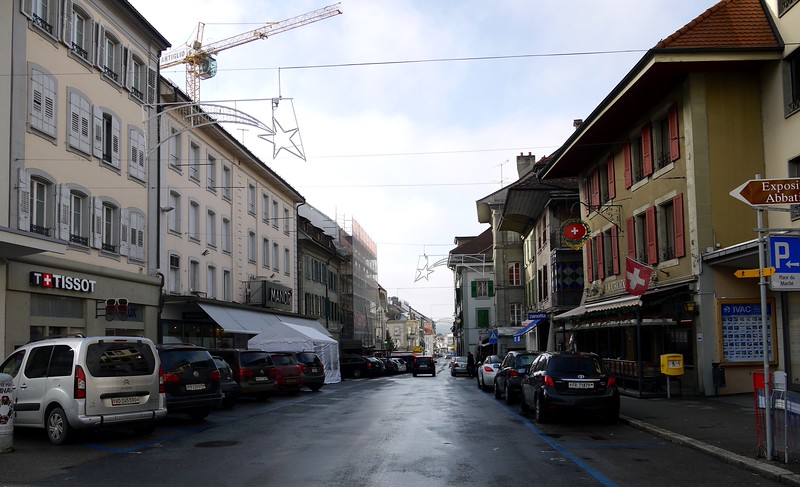 Big enough to have a McDonalds! 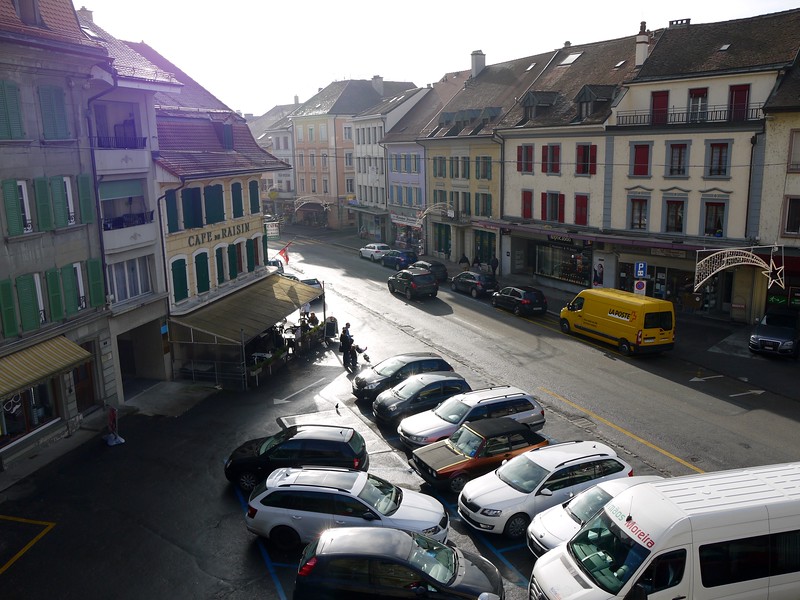 I decided to leave and head for the mountains. Certainly I’d find something good there! 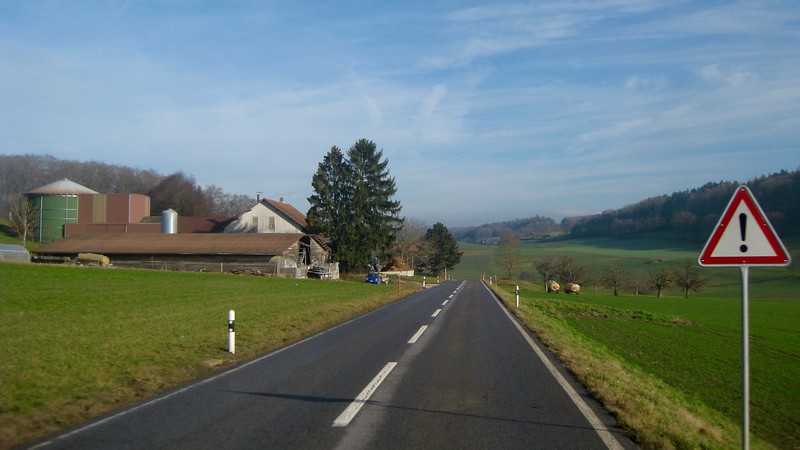 The view of the Alps

The temperatures weren’t too bad. The bike registered everything from 12.5C to the lowest of 3.5C once I reached the halfway point of my ride. The ride would not have been enjoyable without the electrics.

All dressed up for Christmas 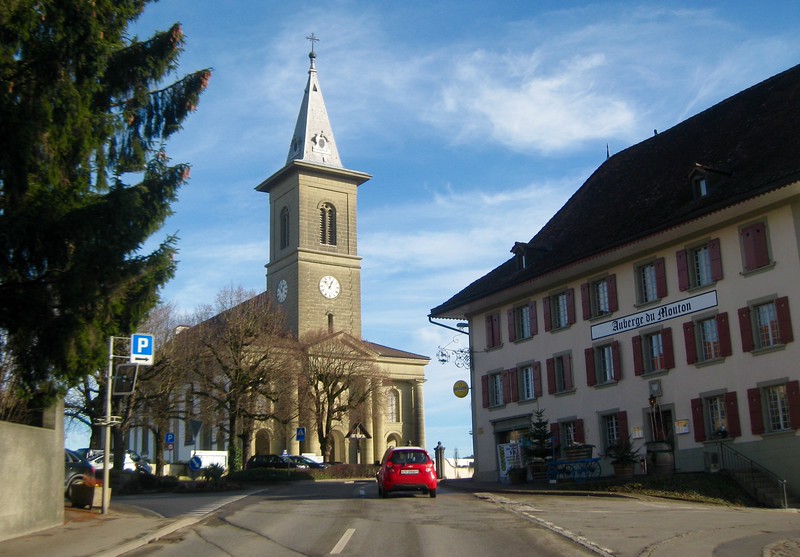 My GPS took me through the town of Fribourg, a city I knew nothing about other than it wasn’t the Freiburg in Germany that I knew so well. The St Nicolas Cathedral immediately caught my eye with its massive and imposing tower soaring over the city. Started at the end of the 13th century, the cathedral certainly warrants another visit to the city, just so that I can explore it more thoroughly. 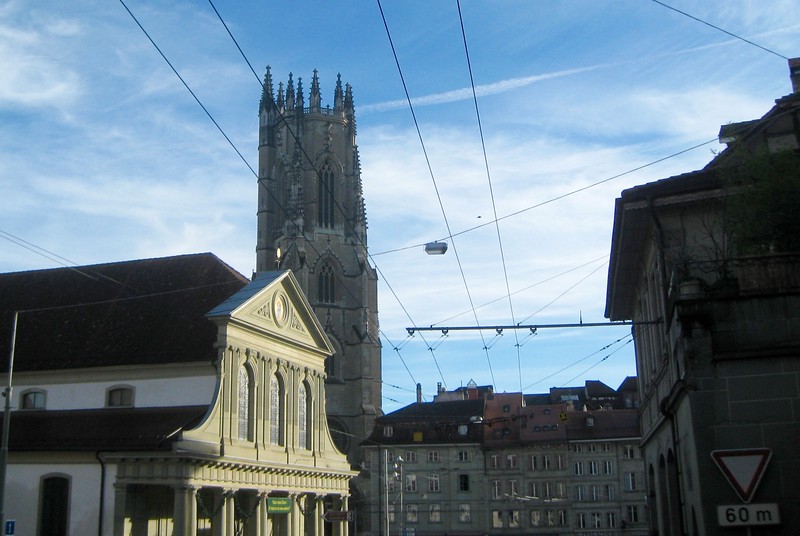 Getting closer to the mountains

I wasn’t sure where to ride, as I had no idea of where the snow levels were and which roads would be closed. I figured that I’d retrace the route I took last fall and see what the mountains had to offer.

The road was unfortunately on the north side of the slopes and the temperatures dropped. The surface was wet and while it was still well above freezing, I was still concerned about finding myself sliding on ice. I toddled my way slowly through the forests, wondering just how far I’d get. 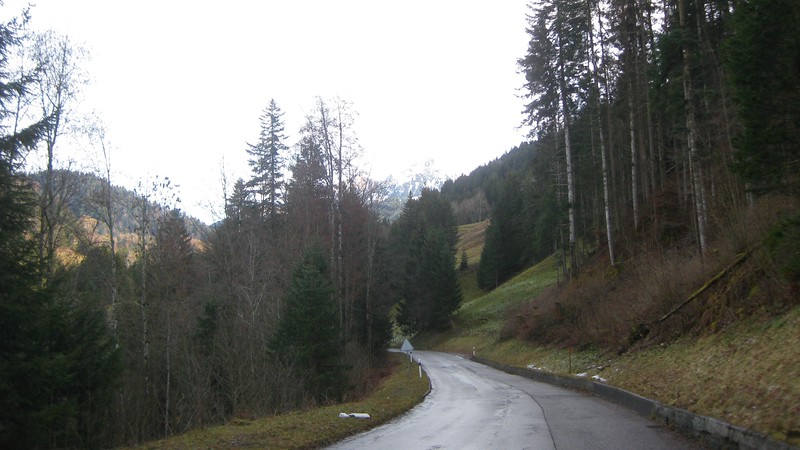 The snow was building up on the edges of the road and the sun was sinking behind the mountains. It was one of the shortest days of the year and I didn’t want to get caught in the mountains once the sun and the temperature plummeted. I looked ahead on the GPS but I couldn’t easily tell how far the road would rise, and if I’d find snow at the top. I decided to err on the cautious side and turn around. I still had almost a couple of house to get home even from where I was.

The turn around point

Lake Neuchatel under the clouds in the distance 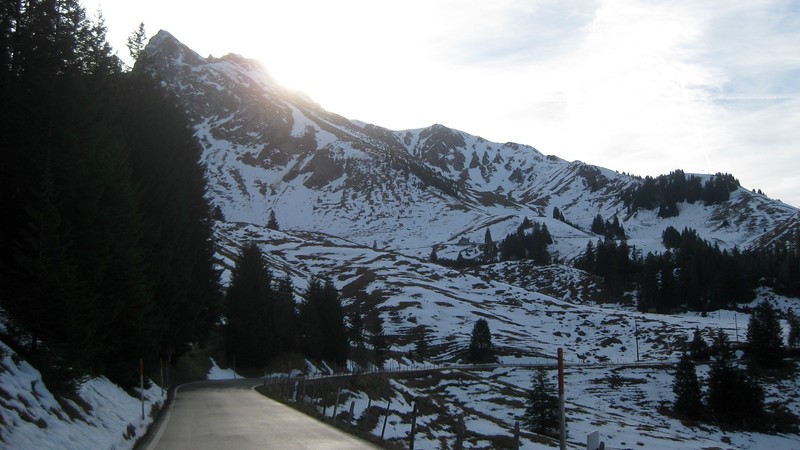 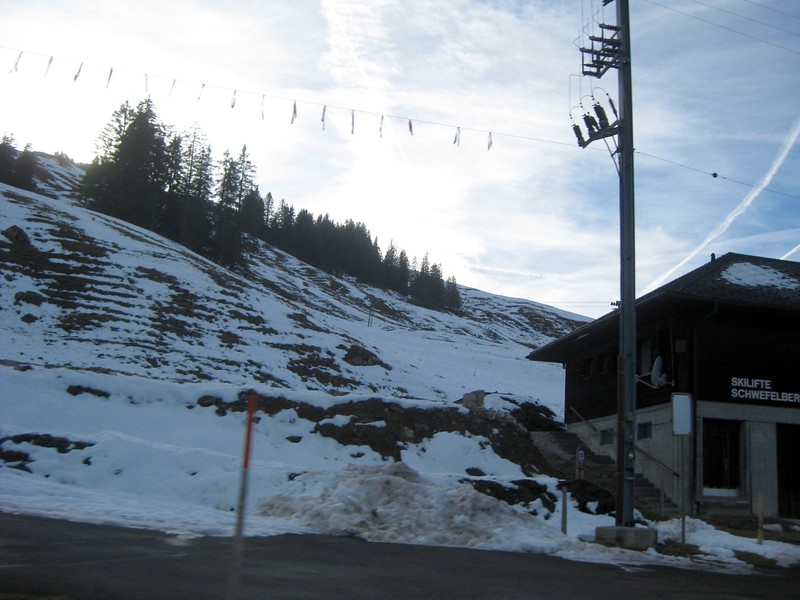 The GPS is great in that it gives me an ETA based on my route, and I had a rough of idea of when the sun would actually set, so I knew that I still had the time to take side roads for part of the way home. No motorway for me yet! 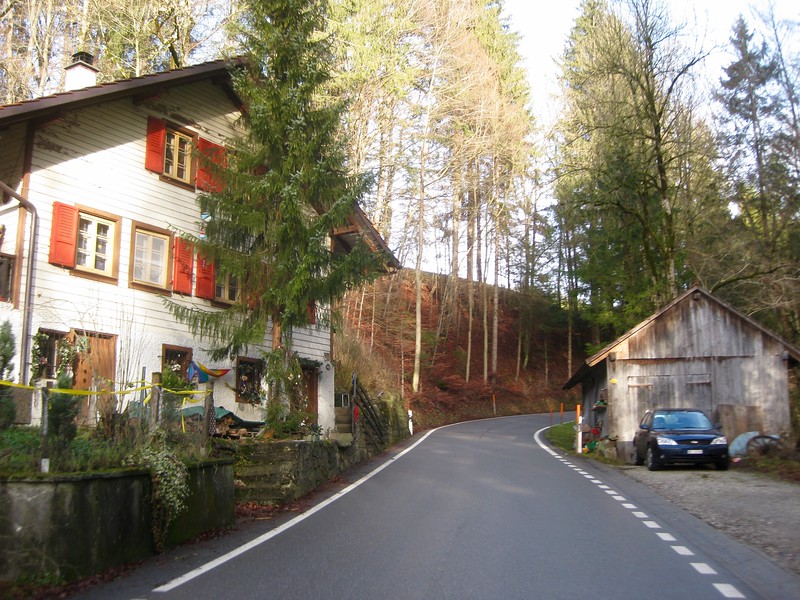 Passing by a home in the countryside

A sea of clouds, with the Jura in the background

Once I reached the town of Bern I abandoned the side roads and took the motorway most of the way home. The clouds were still shrouding the Juras and the gateway to the Rhine. 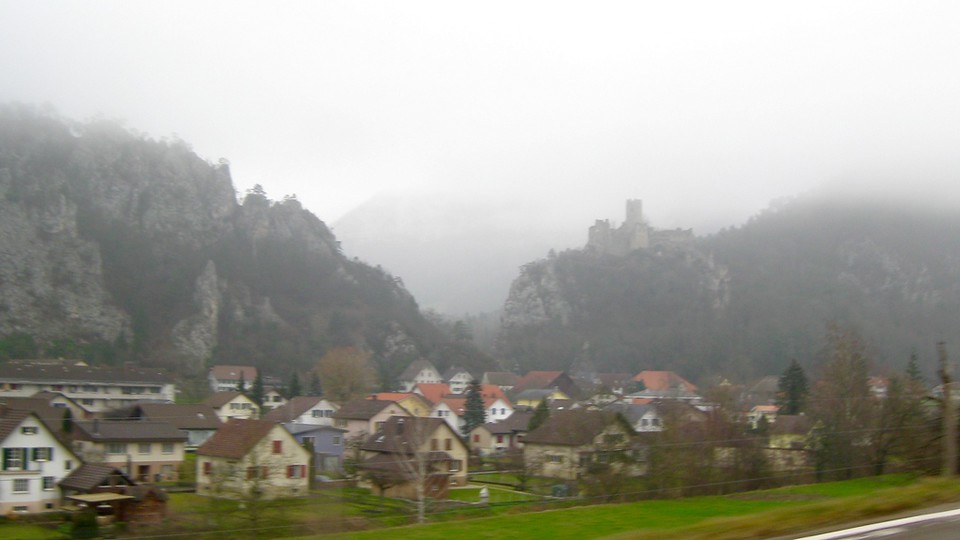 Not bad for two days before Christmas!