Cherry season. It is pretty much the pinnacle of early summer here for me. The local cherries are always huge, juicy and sweet. Unfortunately, Baselland suffered from a very heavy frost about a month ago and it was reported that the local cherry crop was hit badly. But today’s weather was beautiful and I had nothing else planned for the afternoon, so I decided to go see what I could find in the hinterlands of Basel.

As usual, the roads were nearly empty and I enjoyed scouting out the northern bits of the Jura Mountains. 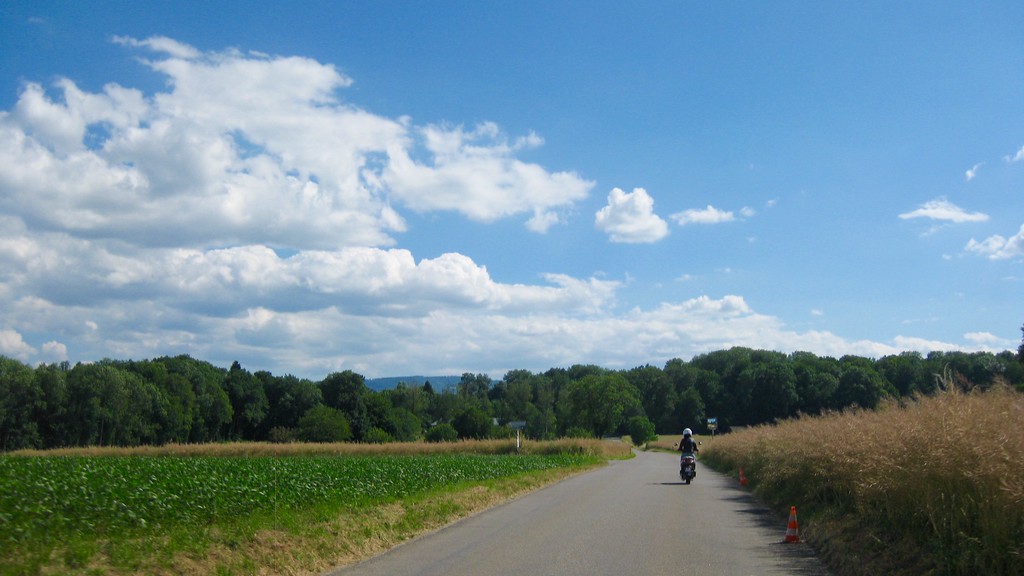 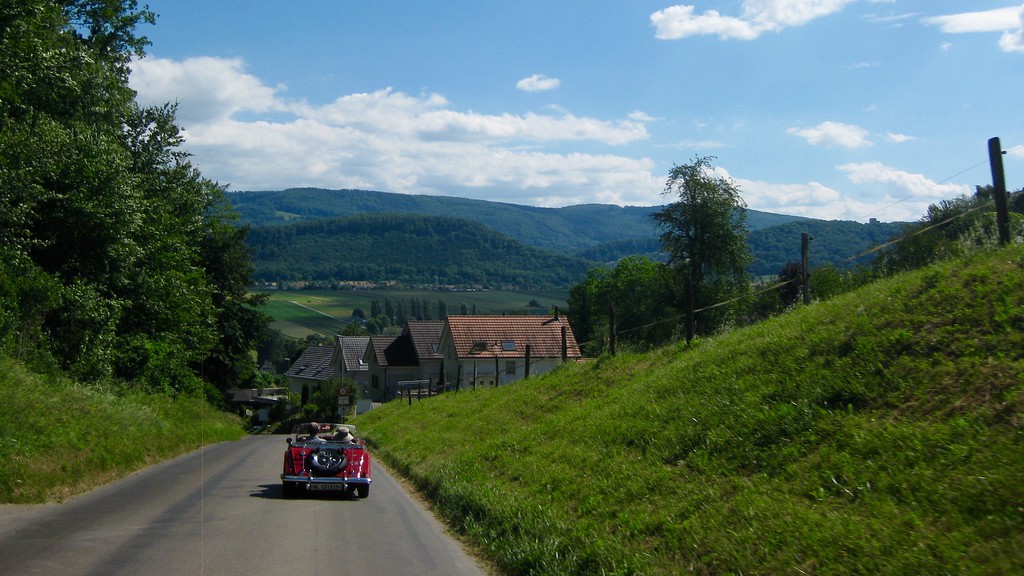 I stopped at the place that has always had a supply of cherries in past years but there were none to be found. If this place didn’t have any, I was pretty much guaranteed not to find them anywhere else. I doubled-back the way I came, intended to head further south and east before going home. And shortly after that decision, I saw the sign: Kirchen 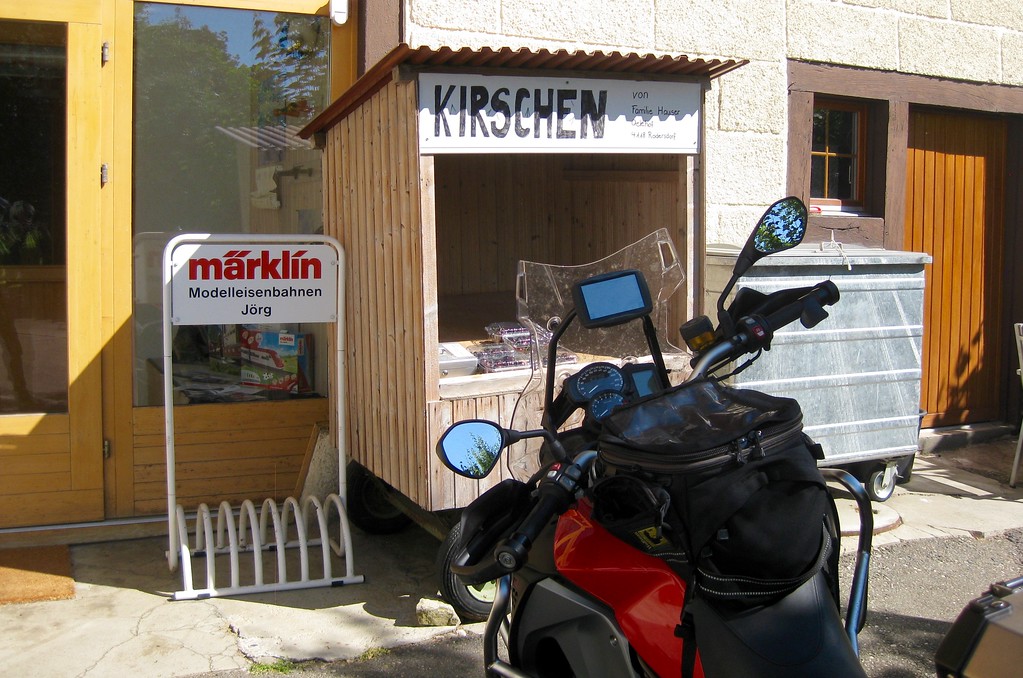 I pulled over immediately and checked out what was on the stand. There were five beautiful containers of the biggest, reddish (black?) cherries I had seen in a year. I intended to buy four of the five containers but as I put the third one in my tank bag, a car pulled up and a young couple got out. They looked at the two containers left, looked at me and asked if I had plans to take any more. A little guilty, I smiled and said no, I had enough. I put my money in the tin and continued my ride. 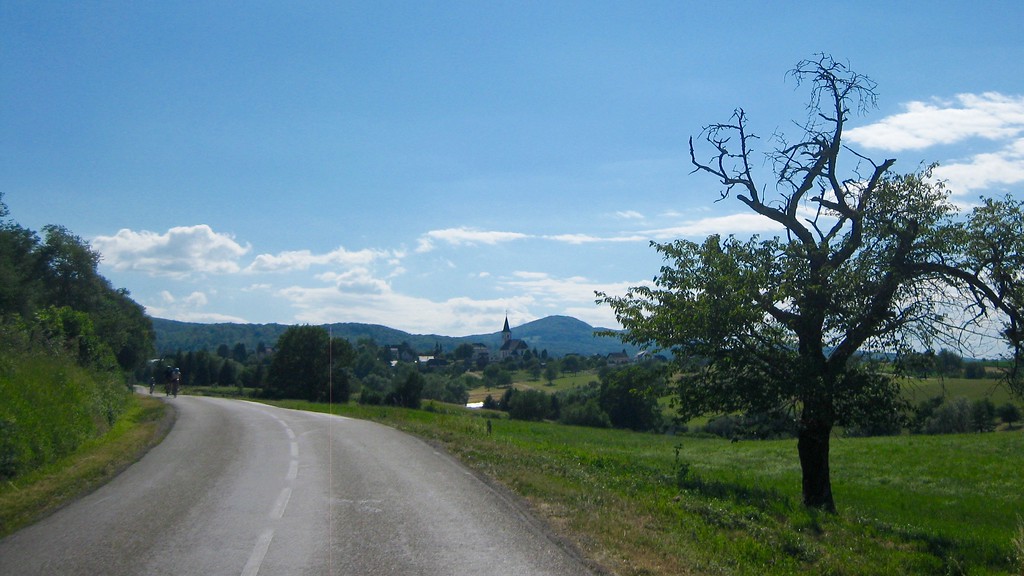 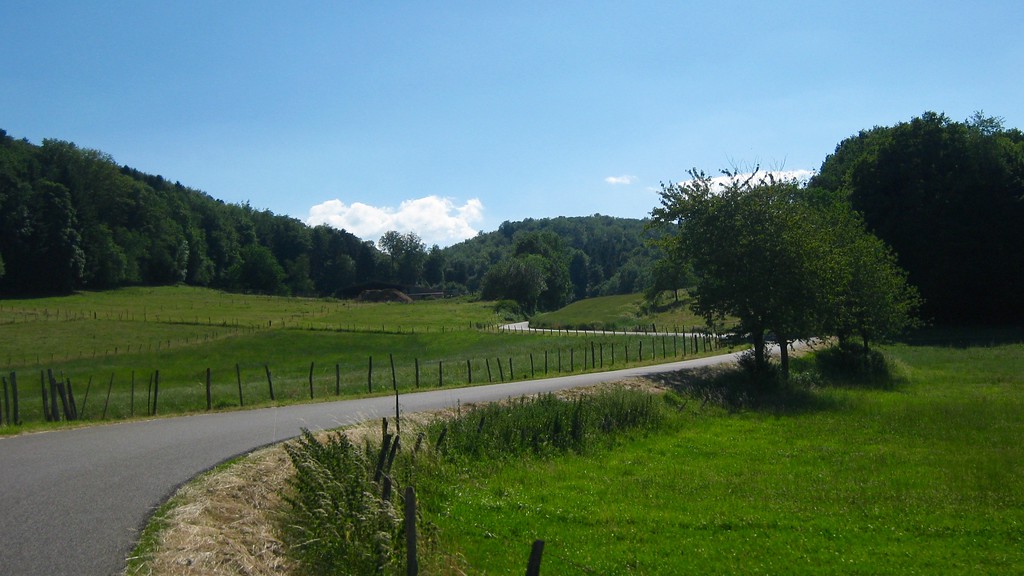 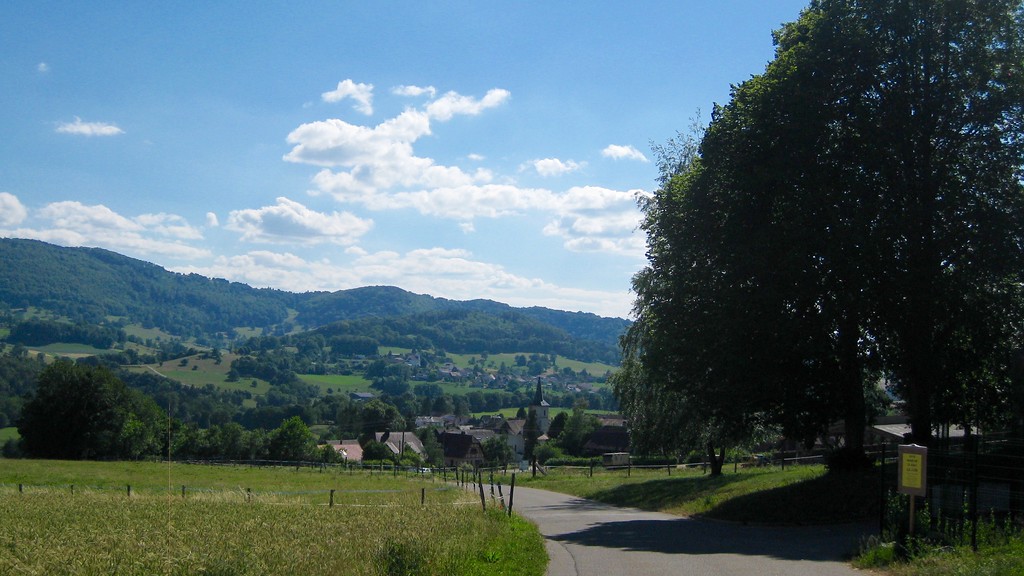 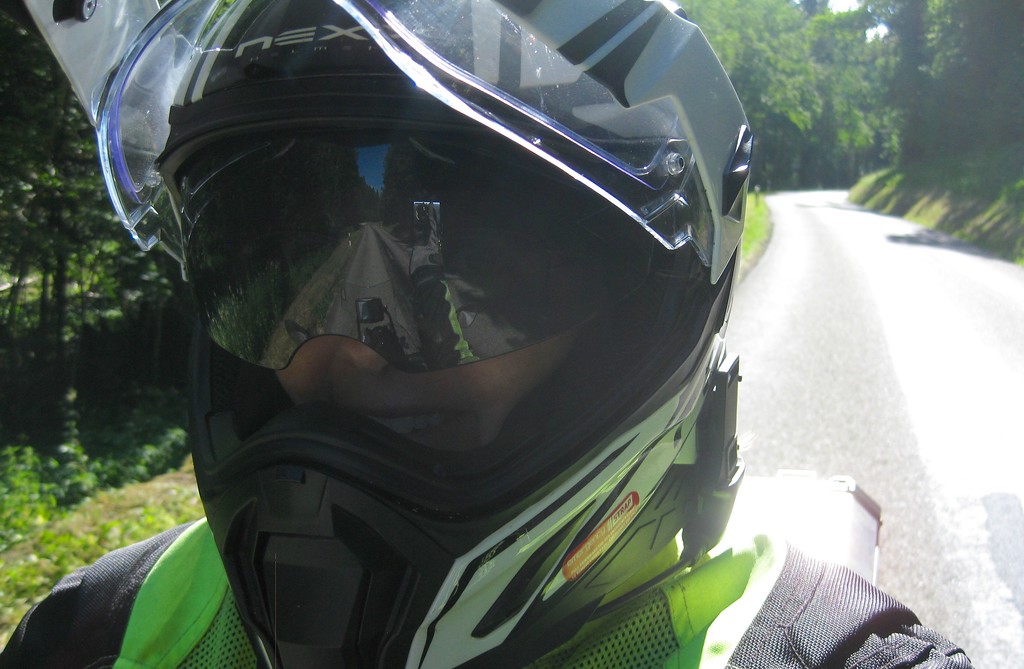 On my way home I ended up retracing my steps and went by the cherry stand. I was curious how many containers the young couple took so I slowed down to check it out. What??? The stand had been re-stocked and there were almost a dozen new containers of cherries on the shelf! Excited, I stopped again and bought my fourth container of cherries. I was in heaven.

The Roche Tower, visible from miles away