Recently a fellow motorcyclist came over to use our garage to do a little work on his bike. Steven was happy to be getting his full motorcycle license and exploring the countryside. We agreed to go for a ride “one of these days” and for once we were both in town and it was not raining. It was time to take that ride!

Steven´s request was for a short ride (2 hours) and country roads. My own request was to pick up some cheese and cherries. I did this same route last weekend – well, part of it – and I was happy to ride it again. Plus, the weather was much better this time around. 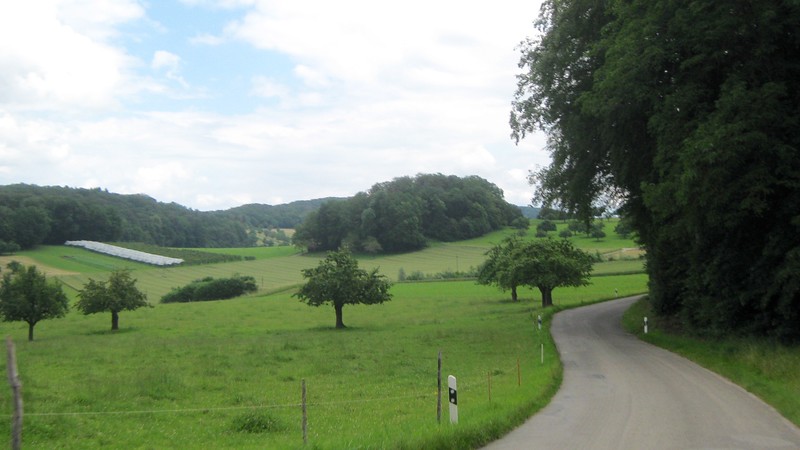 Another view from last week

When I gave Steven a quick run-down of our route, I said that we would be criss-crossing the French/Swiss border about half a dozen times. I was just guessing at the number of crossings, but it turned out I was right. The following series of pictures of border crossings was taken within a ten-minute period of time: 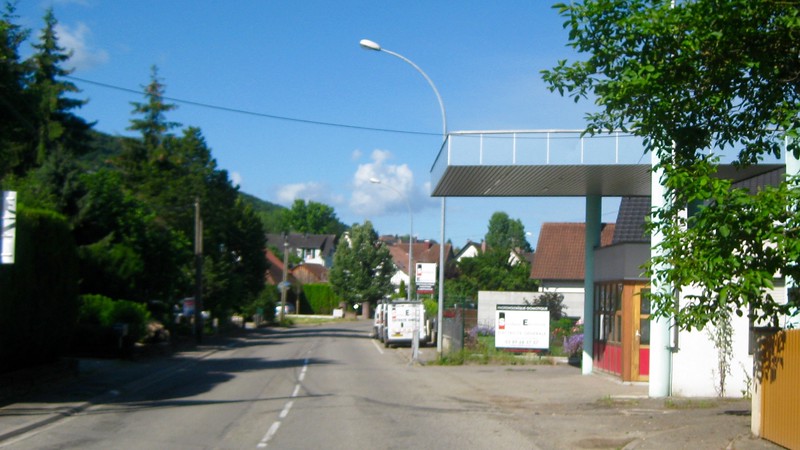 And now we were in France. Last week I came through the village of Biederthal and noticed a sign at the side of the road for fresh cheese. I made a U-turn and checked it out: a canopy sheltered a small refrigerator, chock full of local cheese and fresh juice. A simple metal box was on the table to leave the cash after I made my selection. Everything was made in Biederthal, a village with less than 300 people. Talk about local and fresh!

Once I had purchased my cheese we made the short journey to Mariastein for cherries. We passed through the village of Burg – and back into Switzerland. 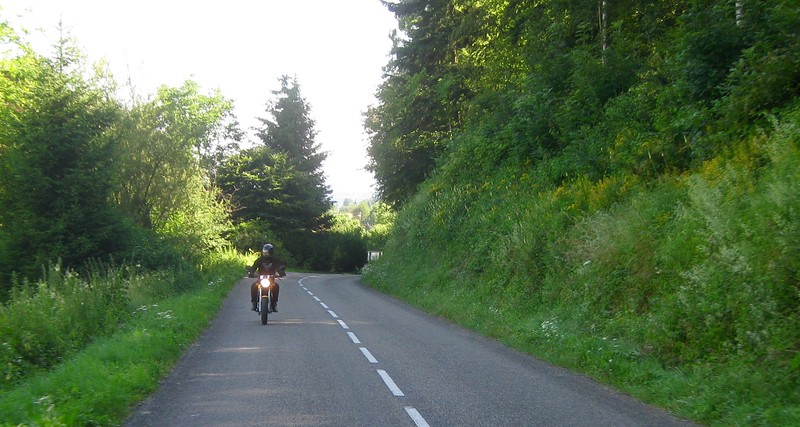 Technically the cherries are in the village of Metzleren, but the two villages are often listed together, as they are so close (only 2 km apart). I picked up 1 kg of cherries (can you tell that I love cherries?), packing them in my top case with the cheese. Now that the important errands were completed, it was time to enjoy a bit more of the countryside!

I didn´t have a solid route picked out for us so when I saw a turn off I hadn´t taken before (and led us away from a more mainstream road), I was happy to make the turn. The road was crushed between two rocky cliffs that eventually opened up slightly to allow for a narrow band of pasture land. It was here that I noticed the little sheep at the top of the hill, just below the tree line and about 30 meters from the road. It appeared to be stuck in the fence. Normally I would have put it off as a sort of optical illusion, but the fact that it was the only sheep in the field and its body language made me think twice. I pulled over and explained this all to Steven, saying that I was just going to ride back and double-check.

Sure enough, the sheep was stuck in the fence. I considered trying to free it myself, but I don´t like to get involved in other people´s animals if I can help it, and since the farmhouse was right there, I went over to see if anyone was home.

The woman who answered the door was young and spoke perfect English and when I described the sheep she sort of rolled her eyes in a “Not again!” sort of way. She thanked me and headed off to free her sheep. Steven was amused that I even noticed the sheep, sitting up there on the hillside. 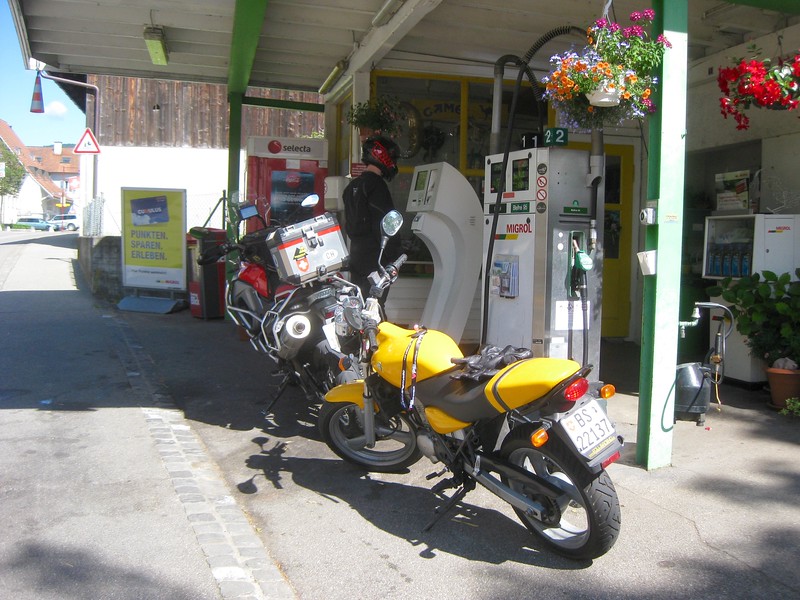 We ended up re-riding some of the same roads, which I normally don’t like to do. But today it seemed ok. The weather was great, the roads were new to Steven and I was just out for the sheer joy of it.

We were slightly over our two hour goal but I don’t think that either of us minded. It seemed a shame to end the ride when we did, but there will be other days and other roads. Thanks, Steven – I had a great time!