I went to the Horizons Unlimited Meeting in Switzerland and had a bit of time before meeting my cousins for dinner, so I spent it riding some new-to-me passes. Join me as I head over Pragelpass and Klausenpass. 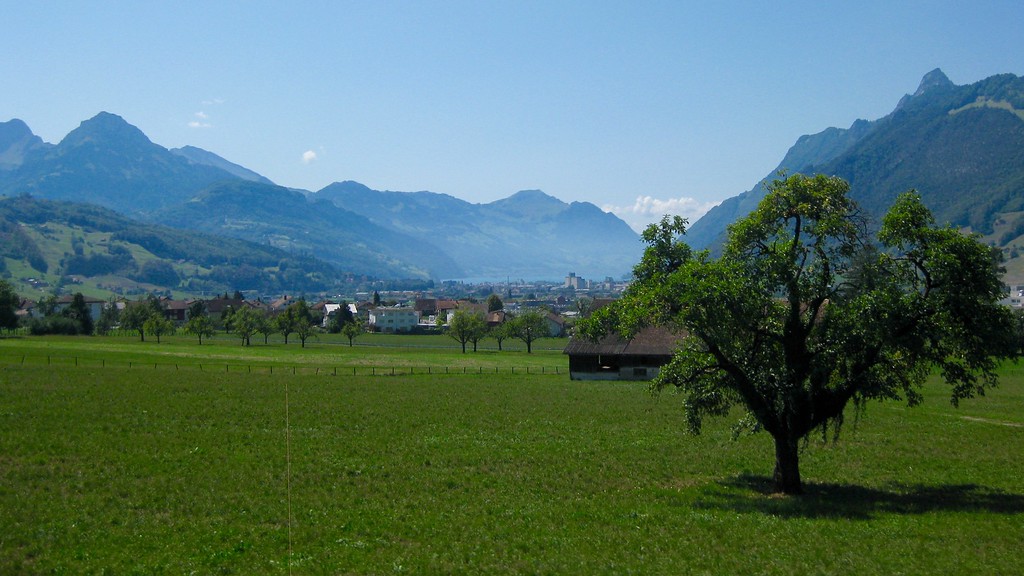 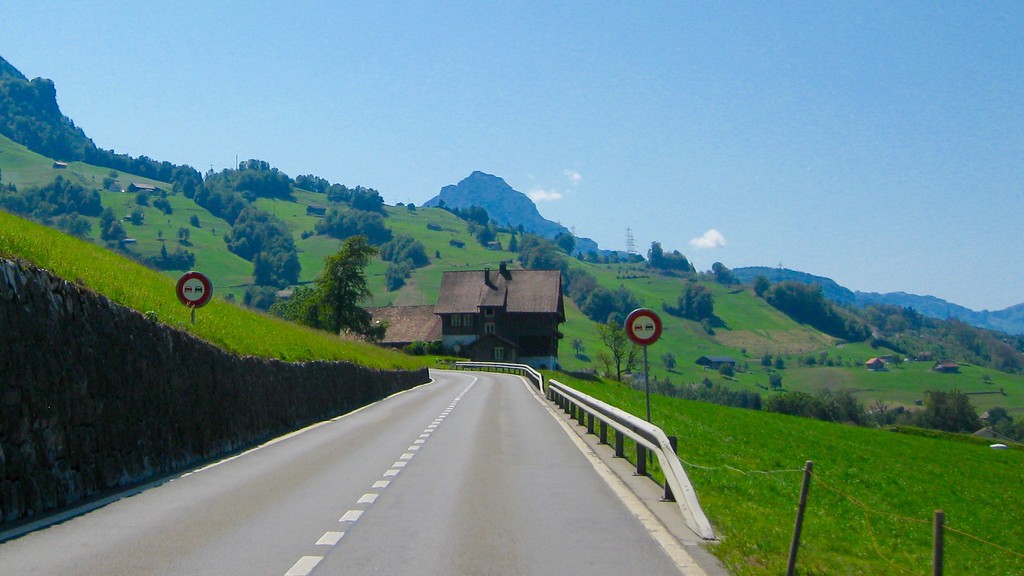 Pragelpass. I had never heard of it, but it showed up on a little “recommended rides” map I had squirrelled away in my top case. It is a narrow road, basically one lane but with two directions of travel. And it is closed to vehicle traffic on the weekends, when hikers and cyclists take over. But today was Thursday and I was ready to explore.

As soon as I turned onto Pragelstrasse I had to stop: two cars were coming down, and two cars in front of me were trying to go up. Already people were jockeying for space, trying to make room for each other. Apparently this would not be a relaxing ride.

I stopped for a particularly nice shot of the valley I had just left behind, and then eventually passed the two cars that had been in front of me. Every corner was met with caution, and the number of cars that came down the pass towards me was surprisingly high. No wide corners on this ride! 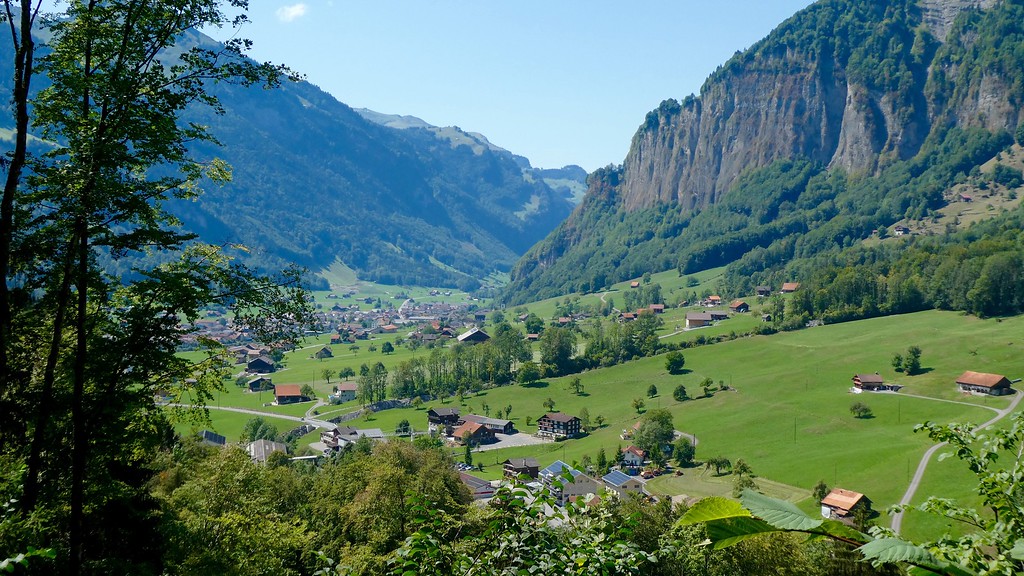 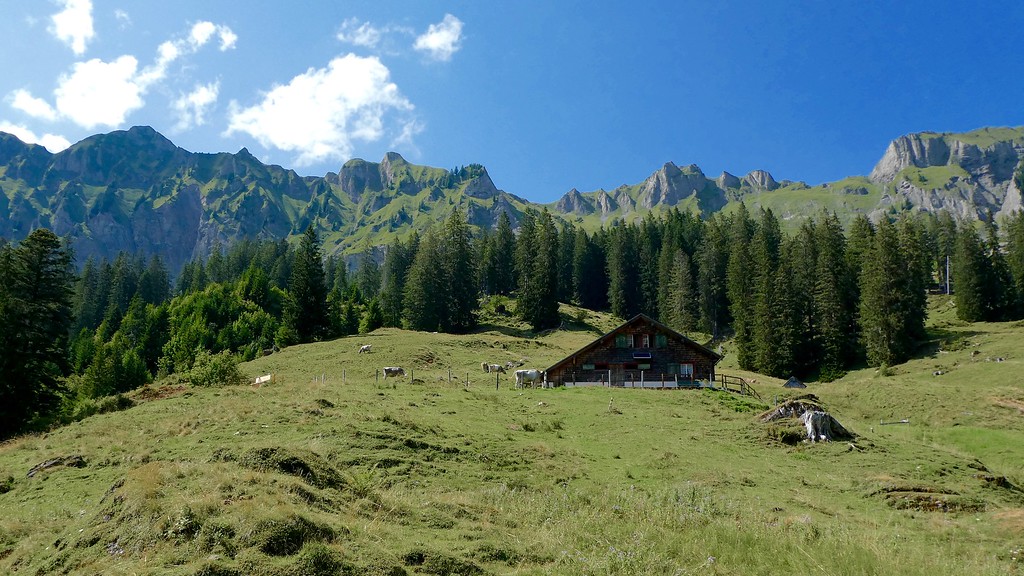 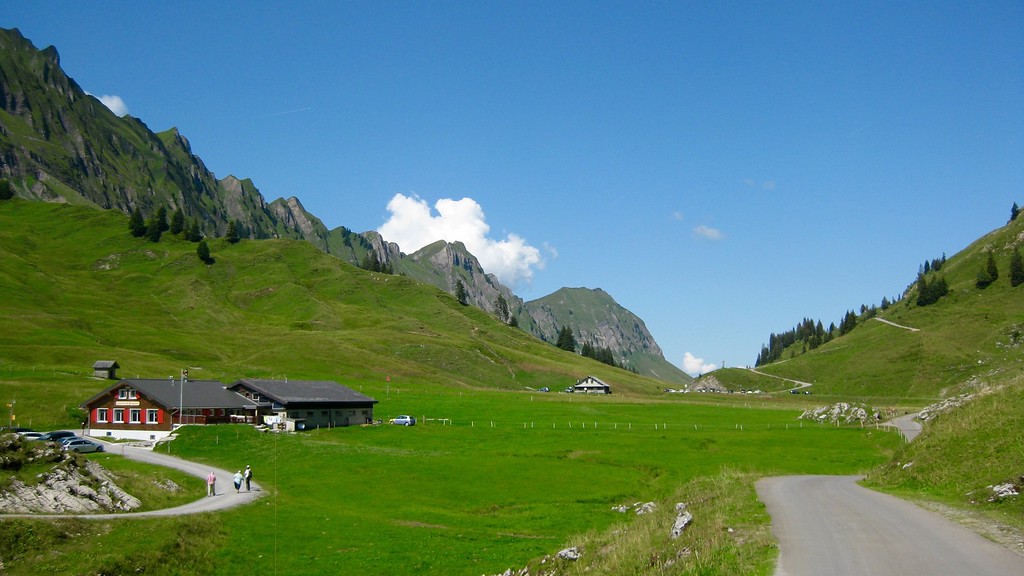 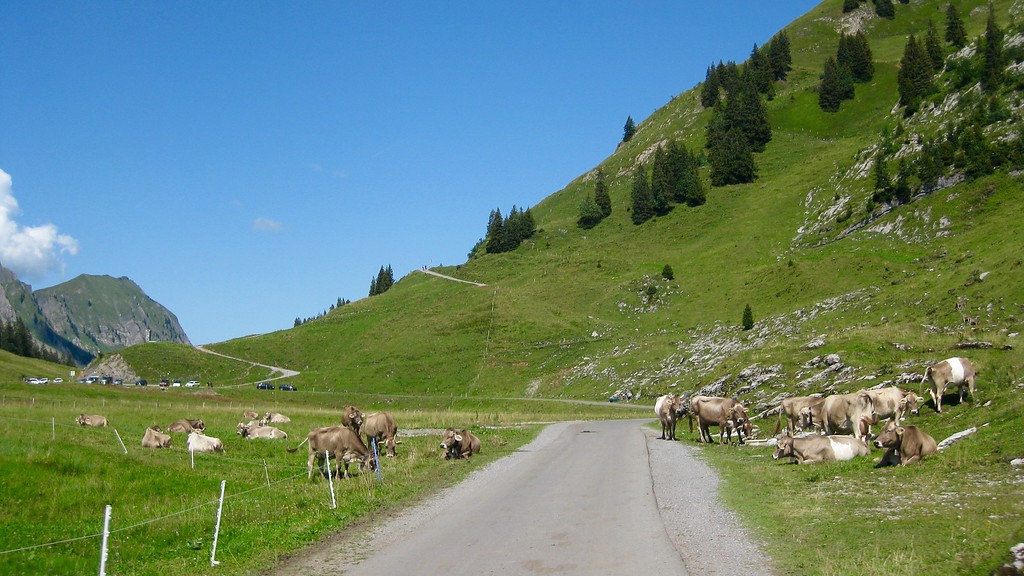 Leaving the pass behind

Catching up to a couple of tractors heading down the mountain 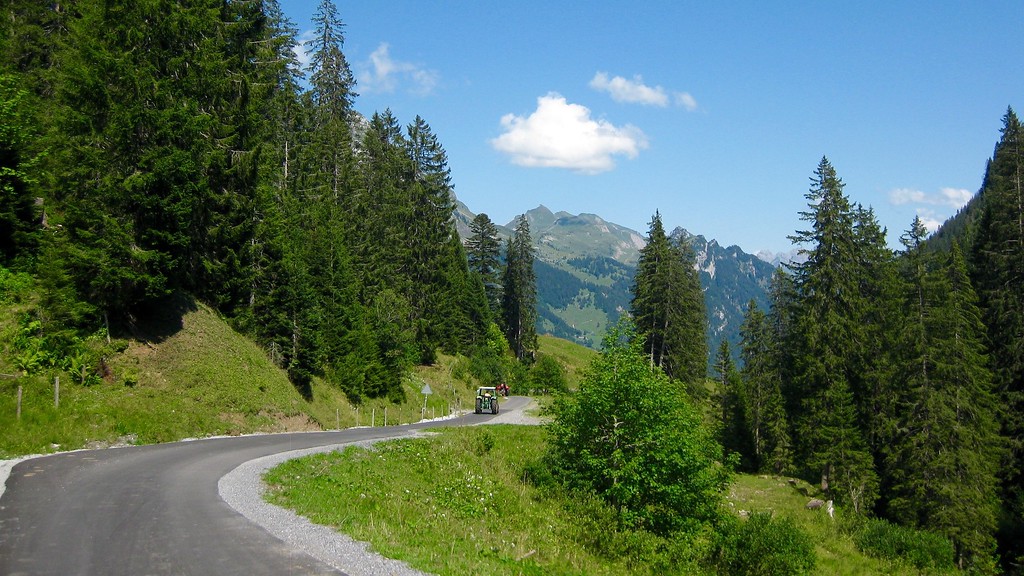 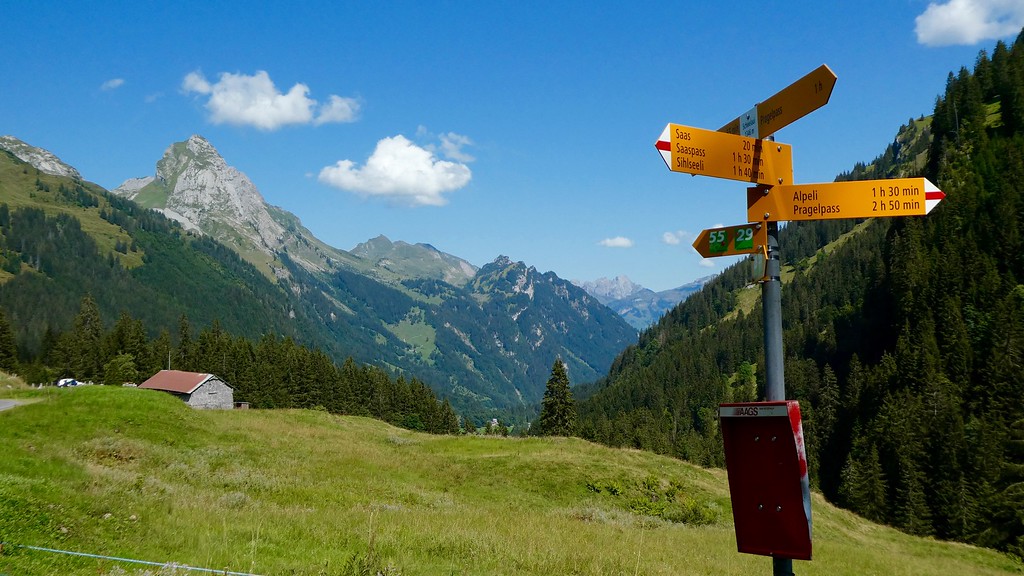 Next to the lake, I saw signs asking drivers to use caution as this was a frequent frog crossing area. I didn’t see any frogs, but I did see little safety ramps for them to use 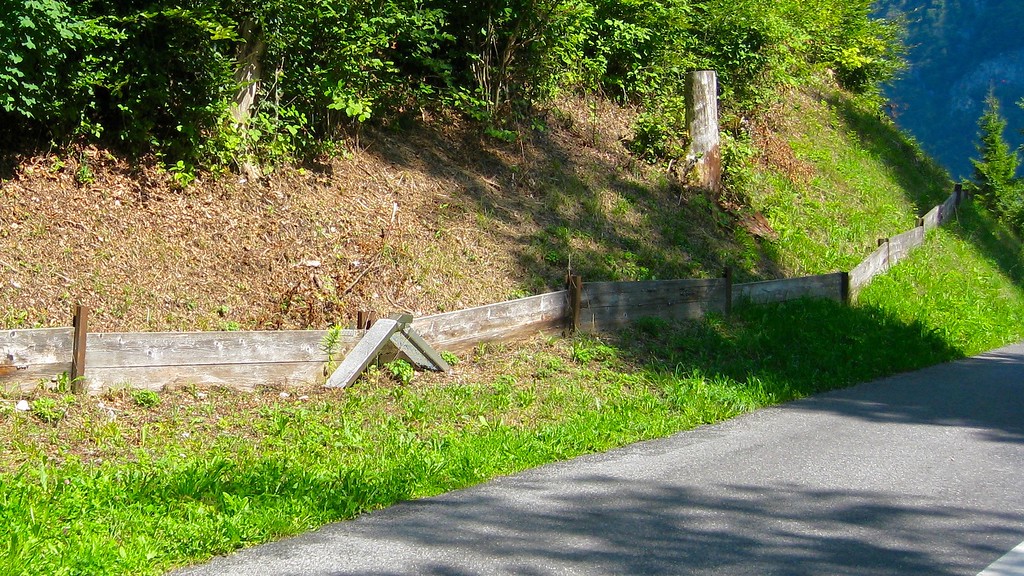 Still a mostly one lane road 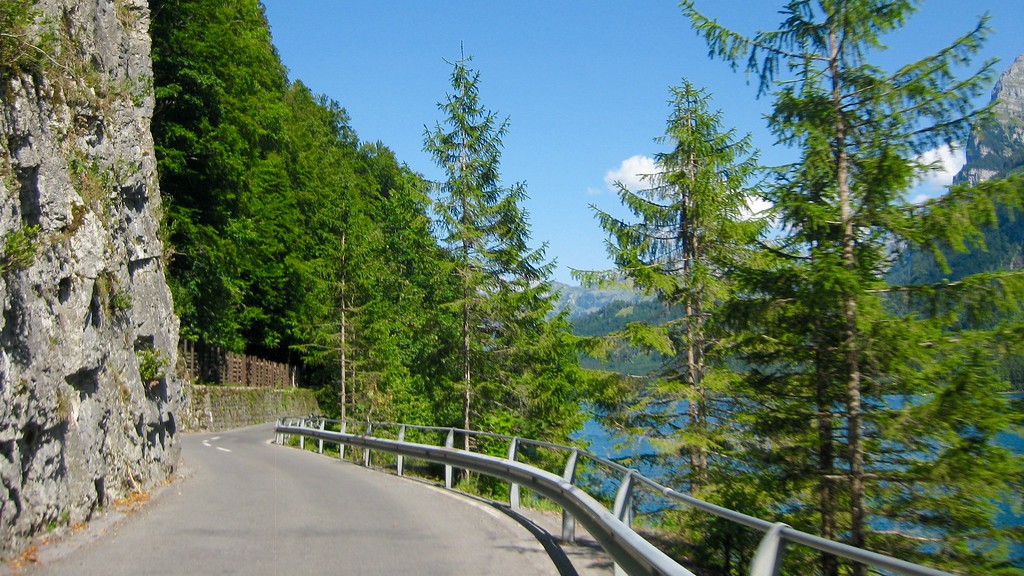 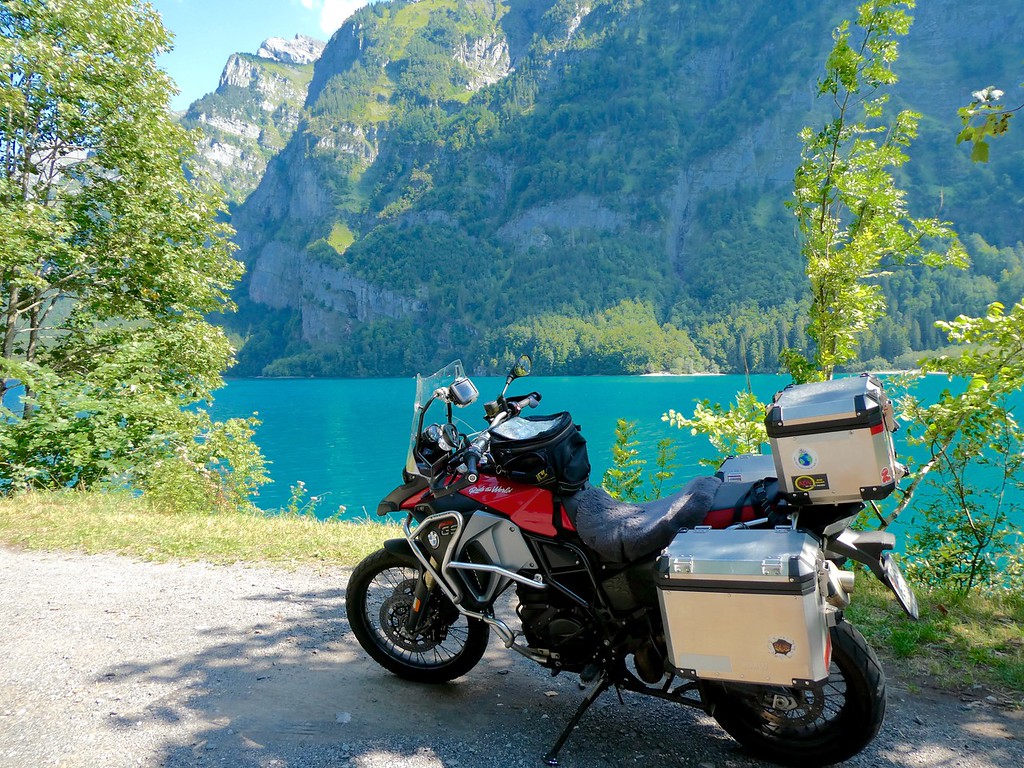 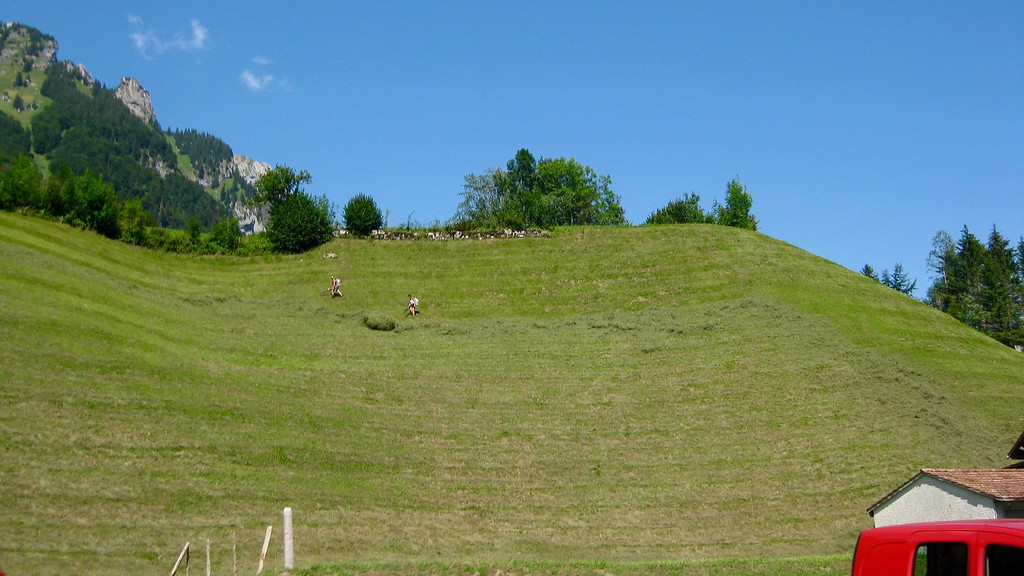 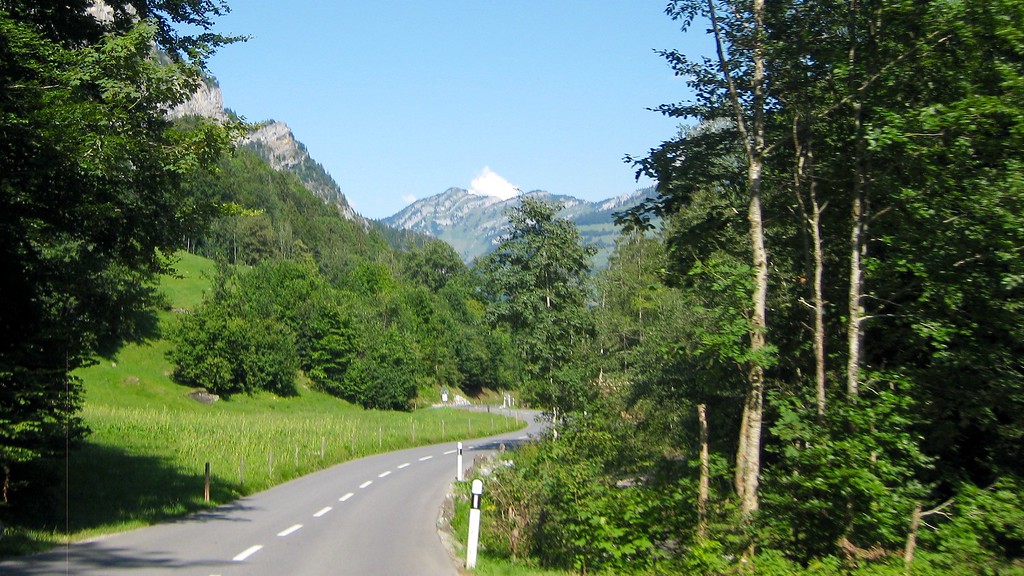 I had exited the mountains and was riding past the city of Glarus. There wasn’t much to note here, other than I also passed through the town of Linthal. Why is that noteable, you ask? Because it was the location of one of our first explorations when we moved to Switzerland. I hadn’t been back since then, and it looked entirely different now. 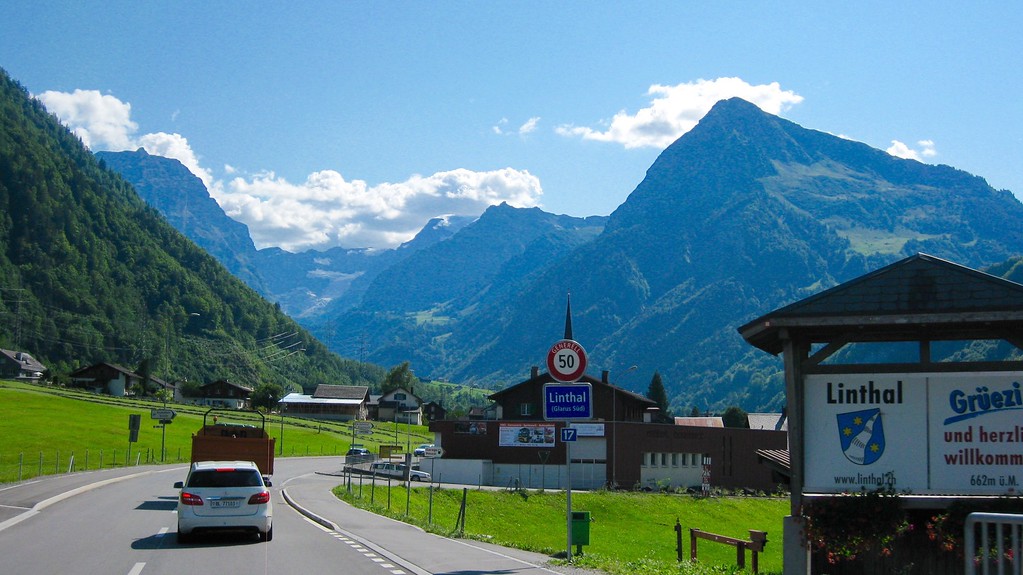 It was time to head back towards Lucerne. I was planning on meeting my cousins for dinner, but I really had no idea when that would be. I preferred to be early and have some time to relax before then. So west I went, this time I’d return over Klausenpass. 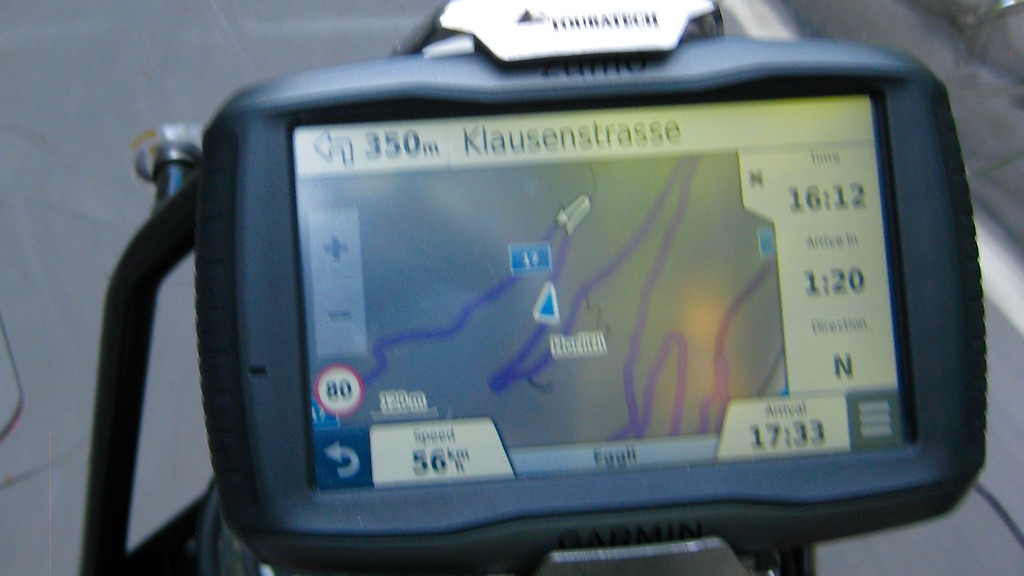 I approached this open space and noted a small cluster of motorcycles gathered. People were standing around, and one person was sitting on the ground. I slowed considerably as I rode by, wondering if I could be of any help. Everyone there looked calm, and I suspected that if help had been needed, it had already been called for. But as I rode away, I remembered that I had a wound spray in my top case, for just such an event. I circled back and asked one of the guys if his friend wanted to use it. A little bit of consultation took place and he said yes, that would be great. I pulled into a gravel drive, fished the can out and let them use what they wanted. The guys were very friendly and made sure that I was able to turn the bike around on the narrow drive. I was glad for their help, too, as I ended up trying to take a shortcut through the grass and ended up in a ditch and almost dropped the bike. 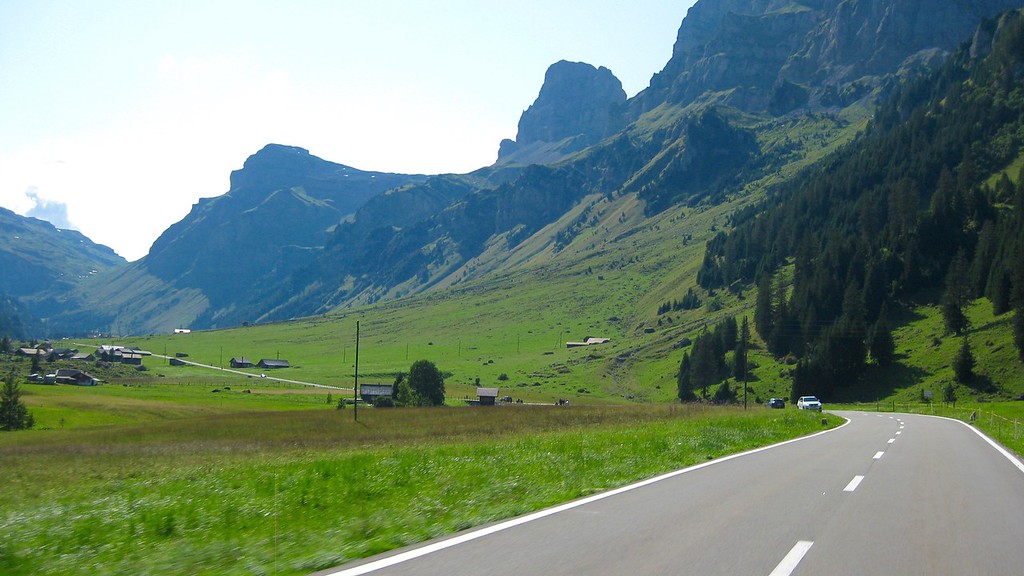 Reaching the edges of Klausenpass 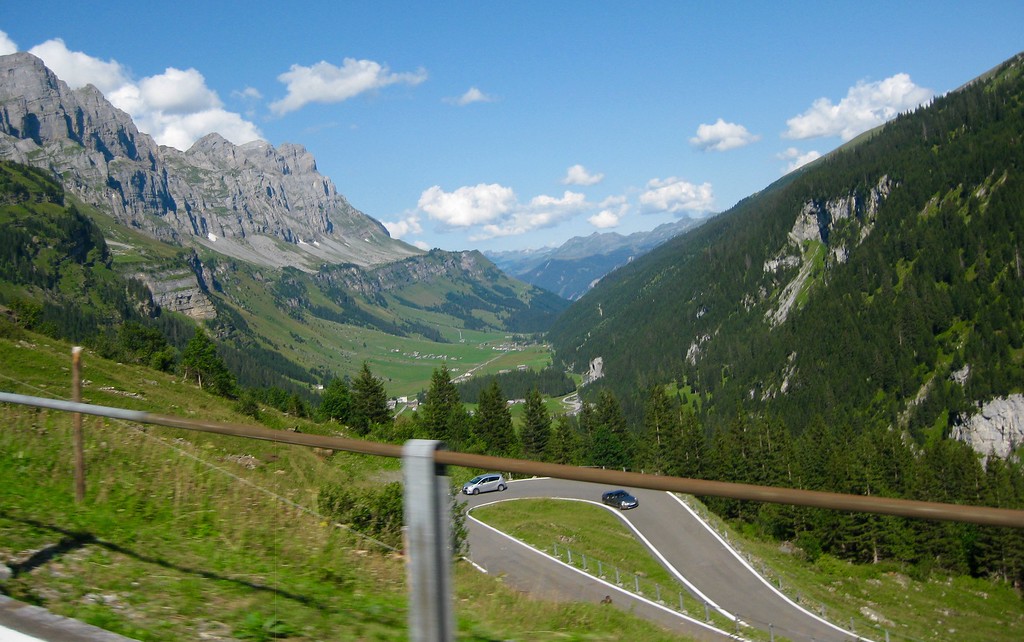 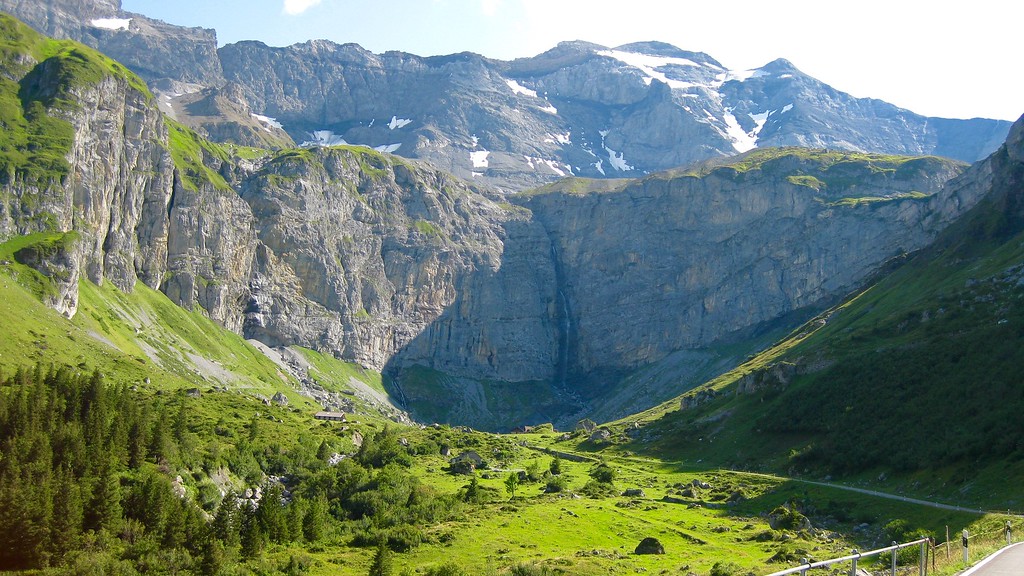 What is this knot of pavement? 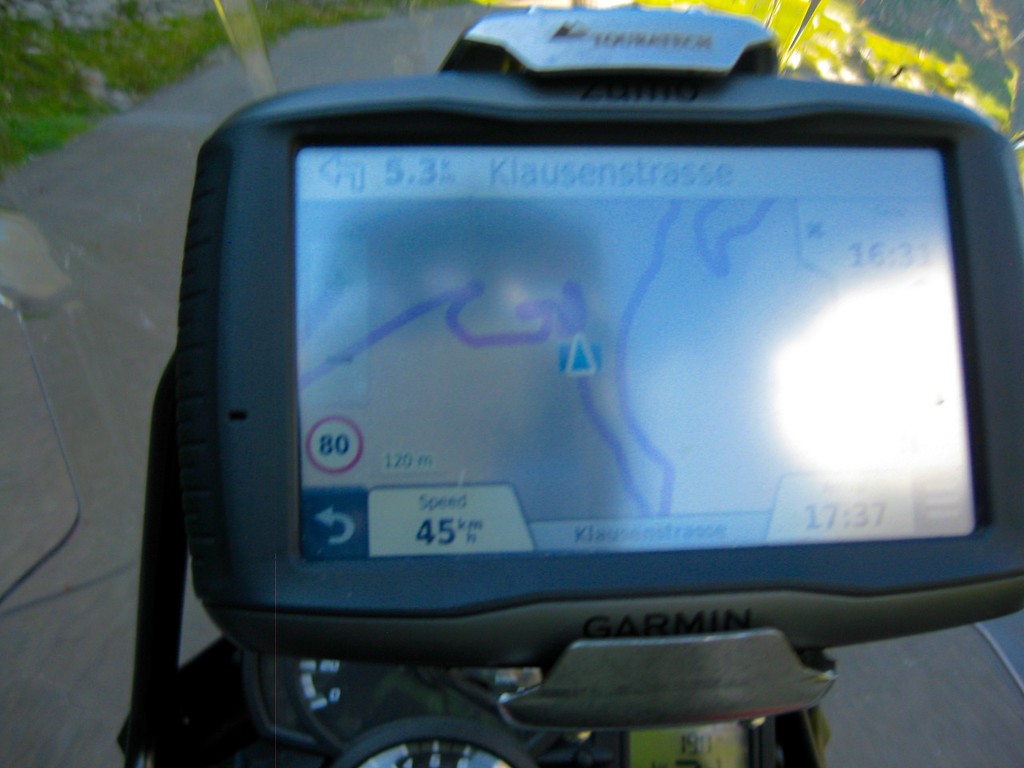 The bus let me pass shortly after this photo (thank you!) 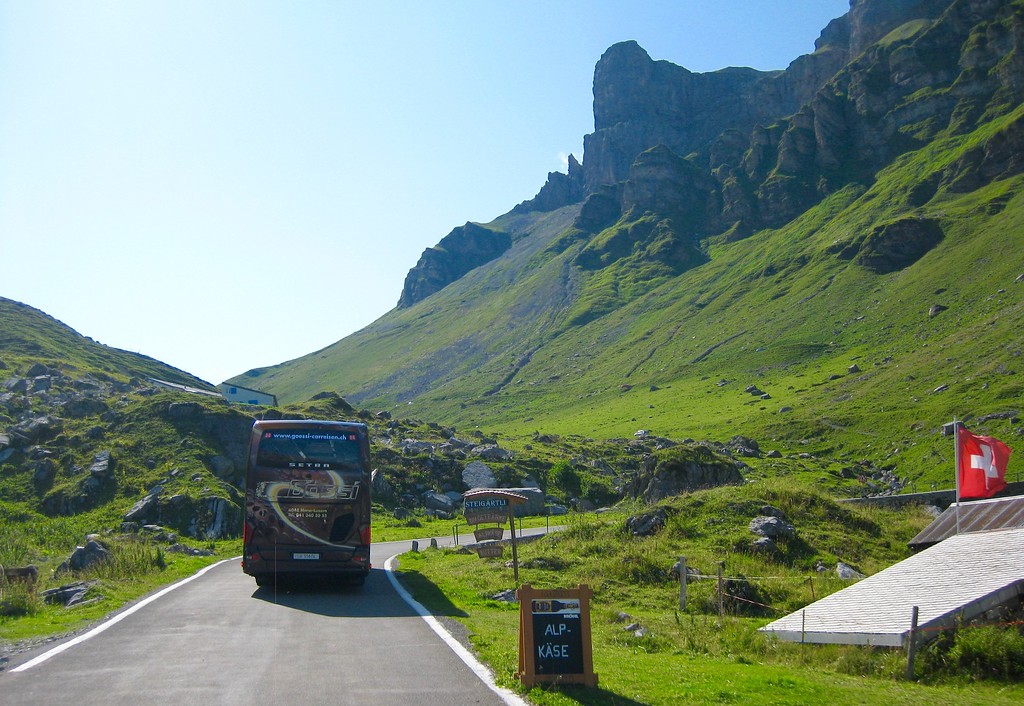 After passing the bus (looking back) 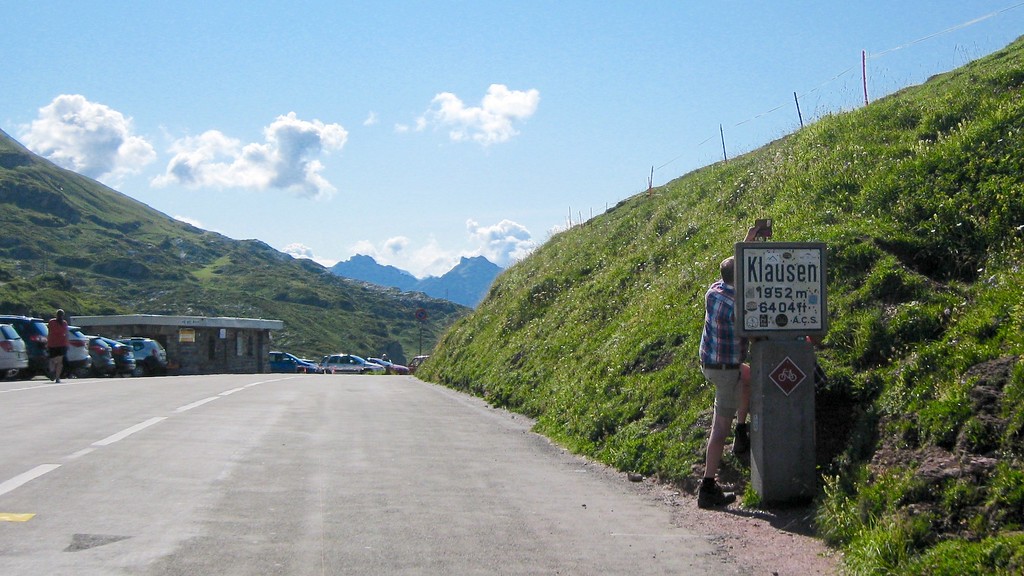 Usually one side of a pass is “better” than the other, and that “better” really depends on the style of riding you like. For me, the tight, twisty switchbacks that usually lead up one side of a pass are not as fun as the longer, looping curves that line the other side. The east side of Klausen (the side I just came up) was twisty, but in a good way. I had enjoyed the ride up and wondered what would wait for me on the other side. 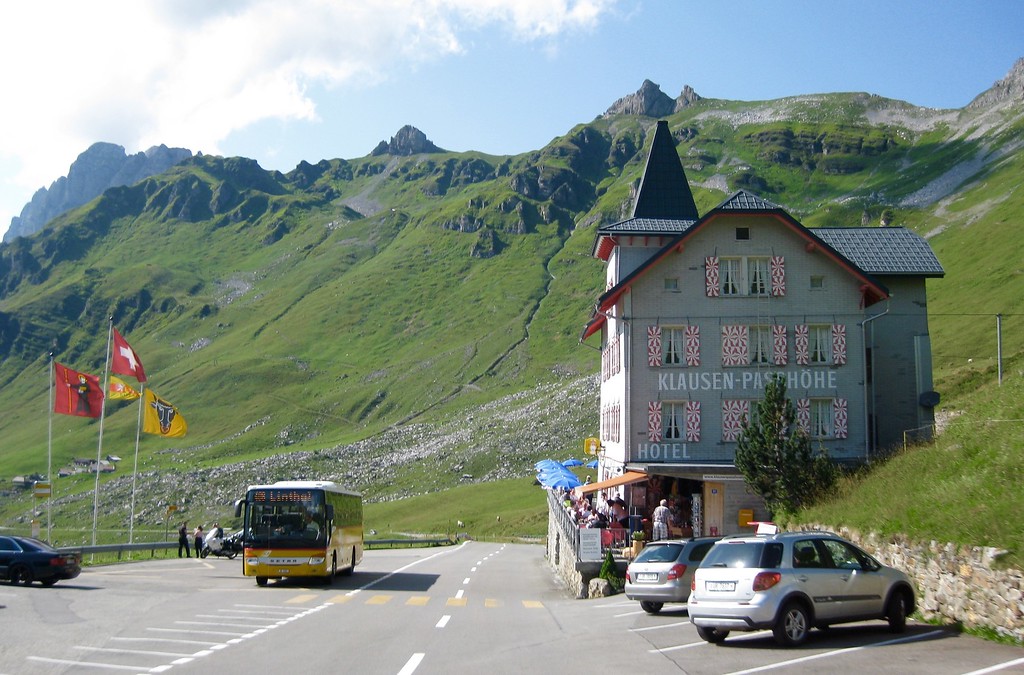 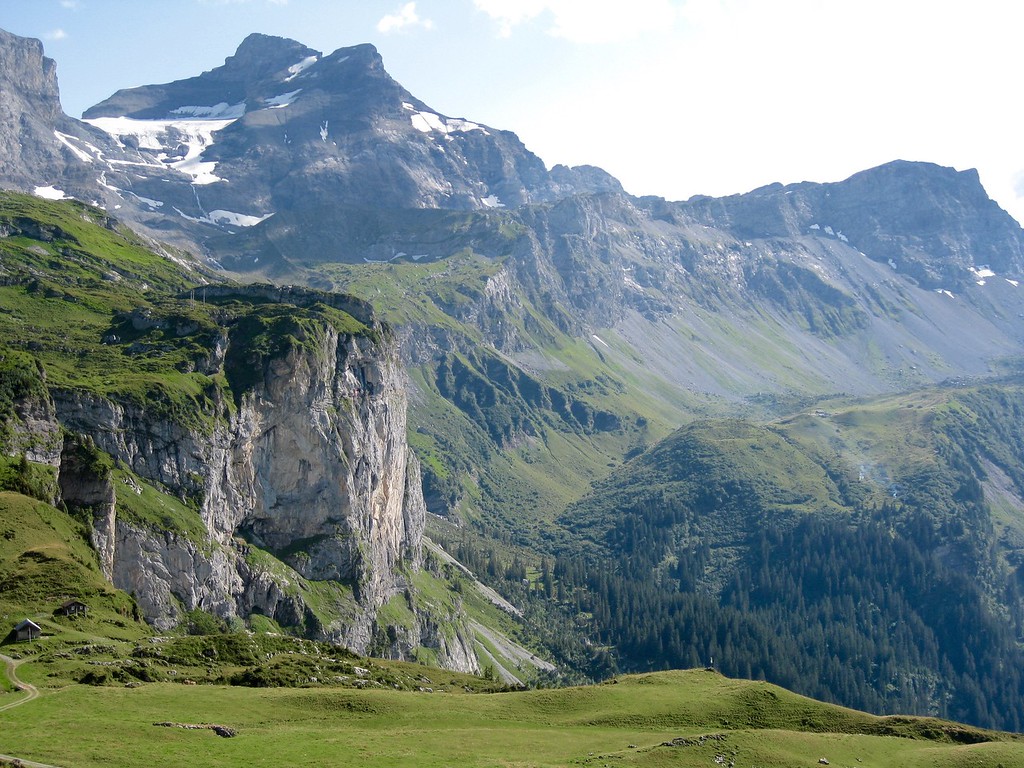 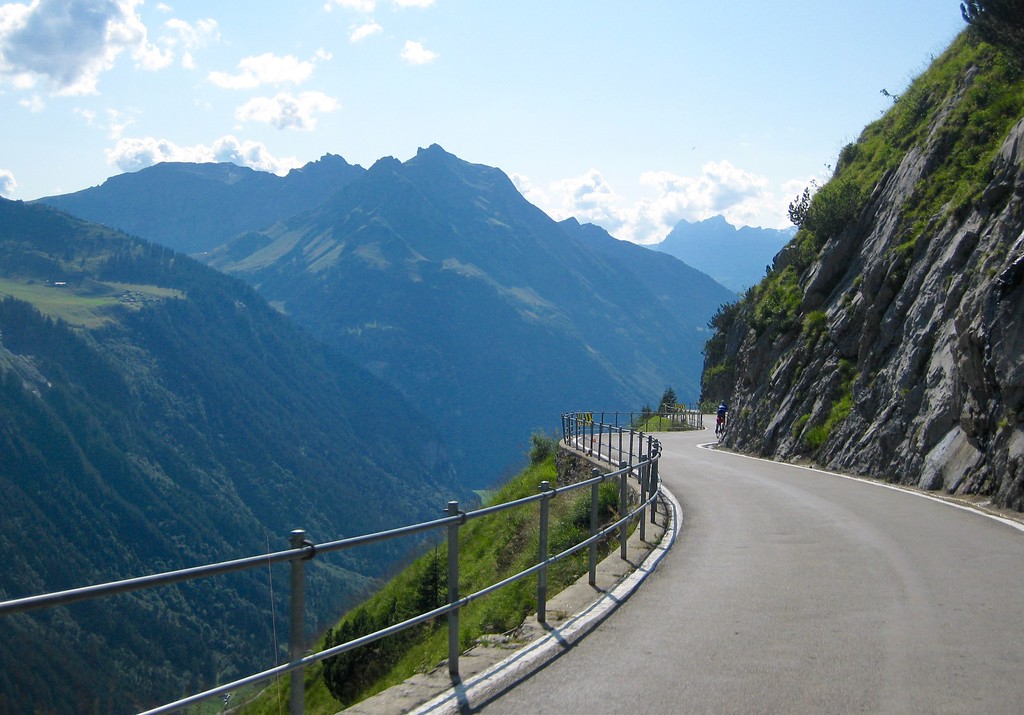 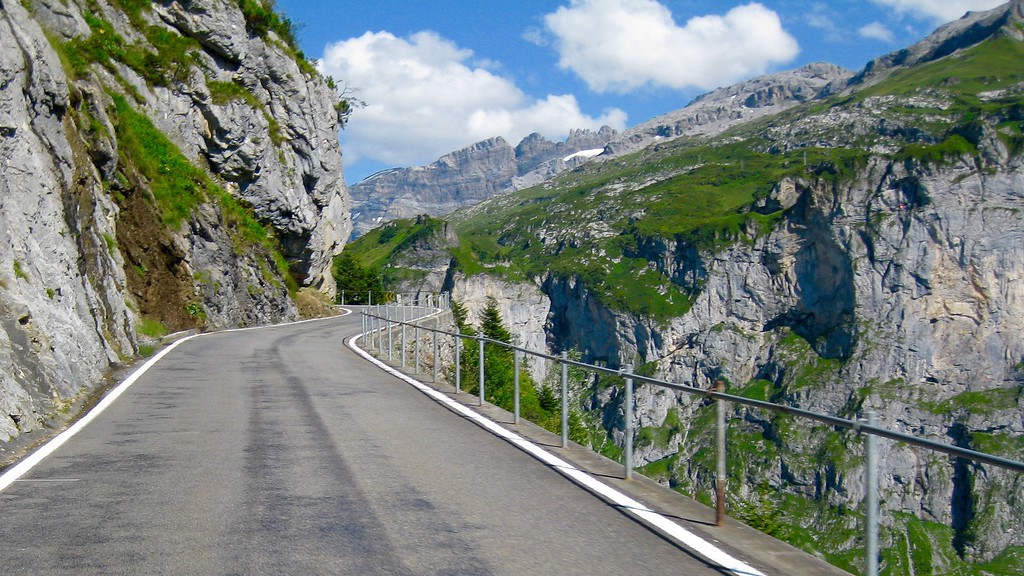 I followed this guy for a while 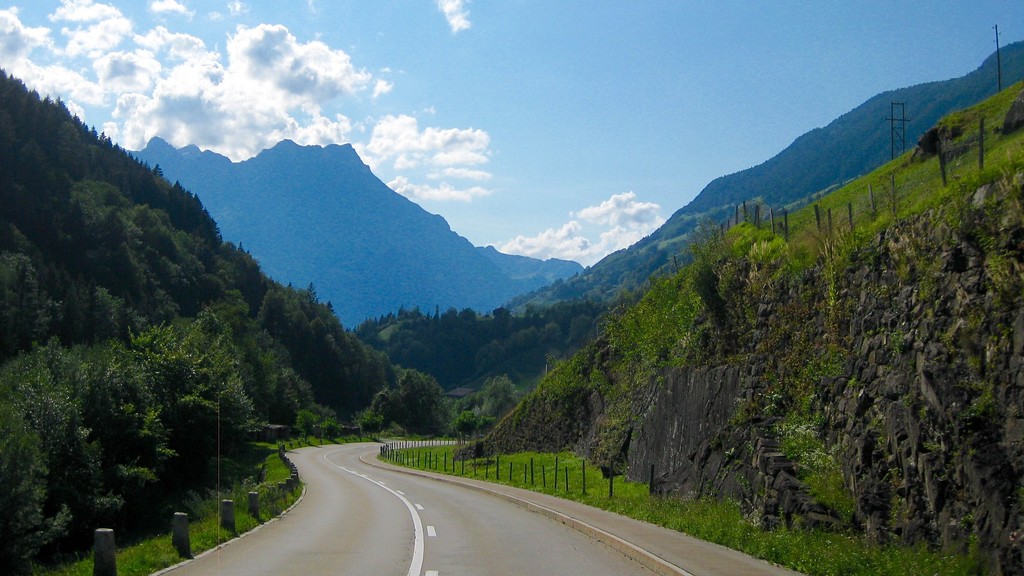 My cousins took a parting photo of me

With dinner over, I hustled back to the campground, hoping to get there before it was completely dark. If you want to continue to the HU Meeting, click here.