As expected, the Schloss looked better with the morning light

We woke up fairly early for a weekend away from home, but our motivation ended at getting out of bed. There had been talk of a “quick run up the mountain” but I wasn’t too excited about that, although I didn’t discourage Dan from going ahead with it. Instead, we went downstairs for a leisurely breakfast and had another walk around the village. Dan would walk back to Scuol (about an hour and a half on nice trails), and I would head home via two wheels and look for some alternative roads from yesterday’s ride. 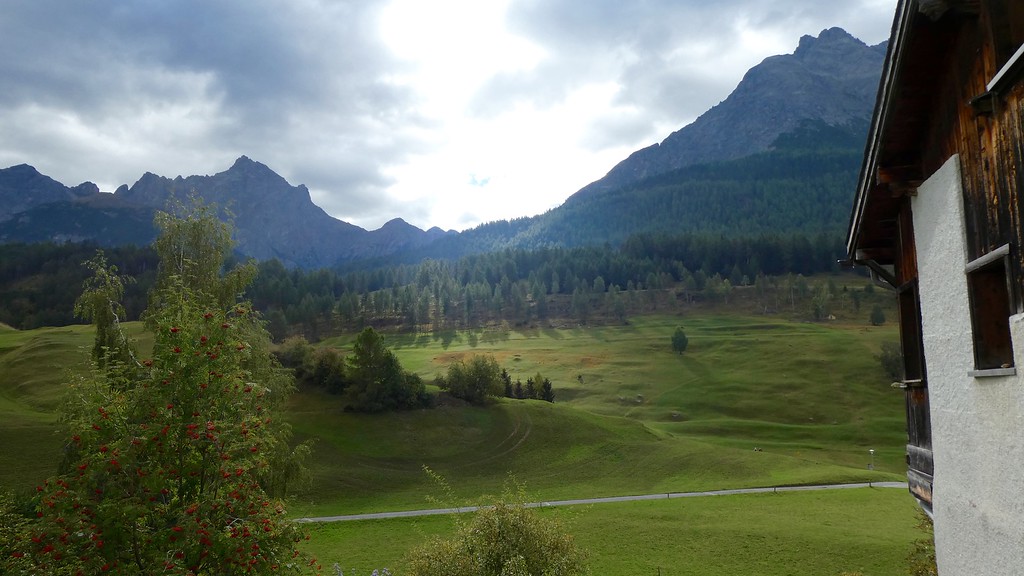 View from the other side of Tarasp 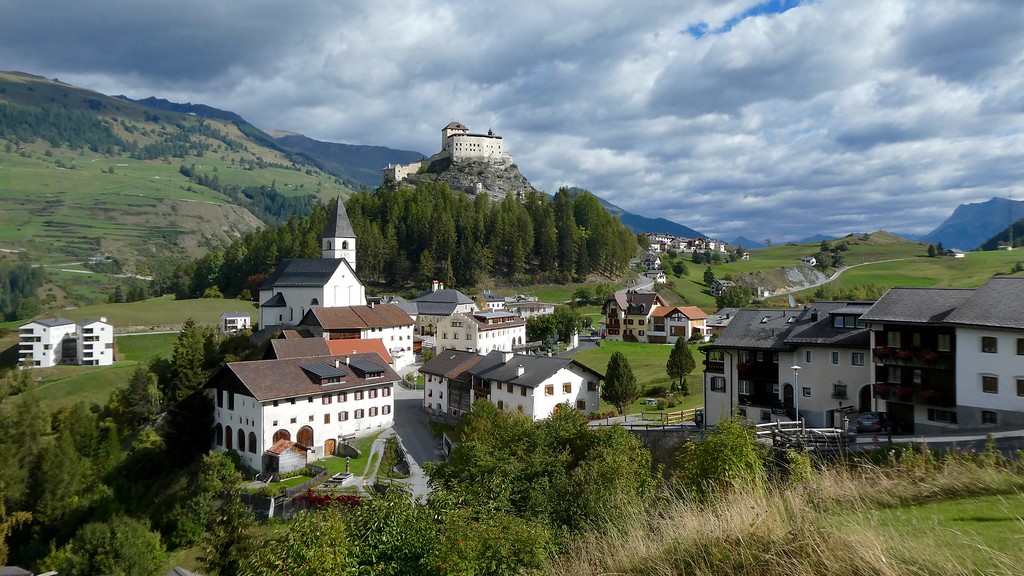 It was another great day for riding

I actually pulled over for this photo, in case you were concerned about the proximity of the guard rail 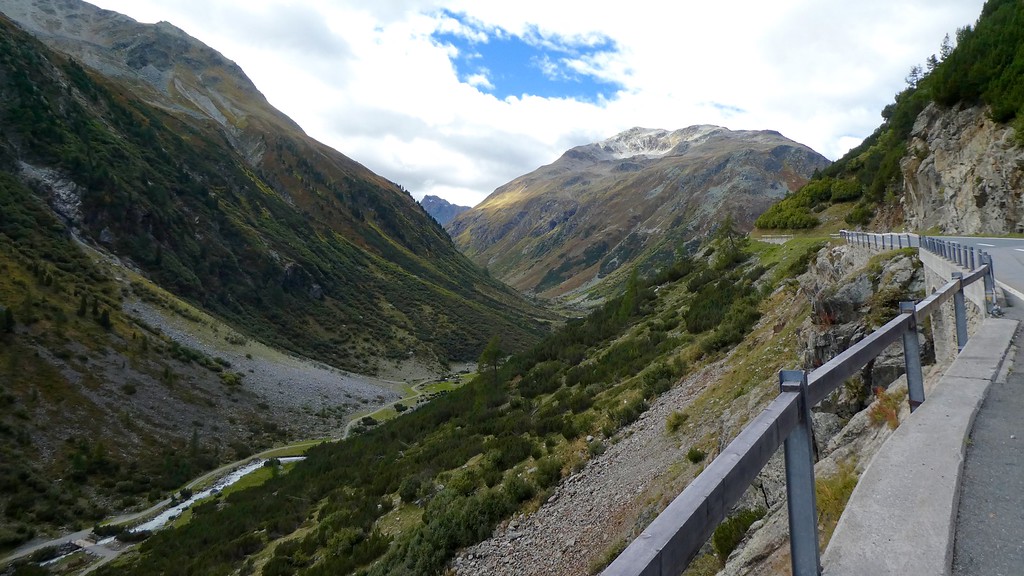 One of Switzerland’s many caves 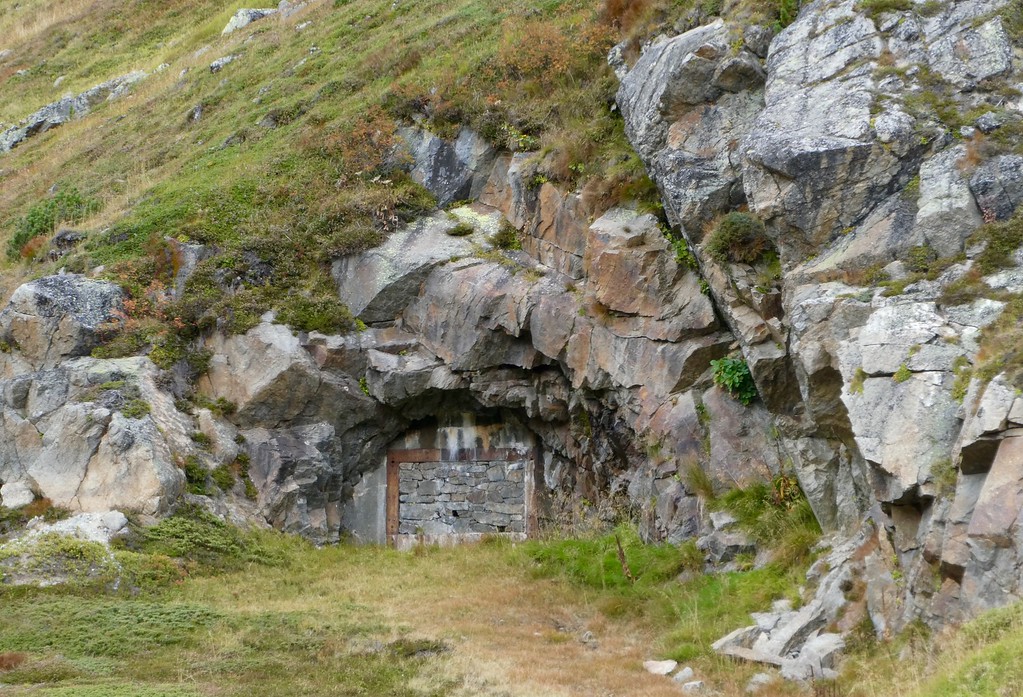 Cresting the top of the pass

I like my bike (and this is a motorcycle trip, after all) 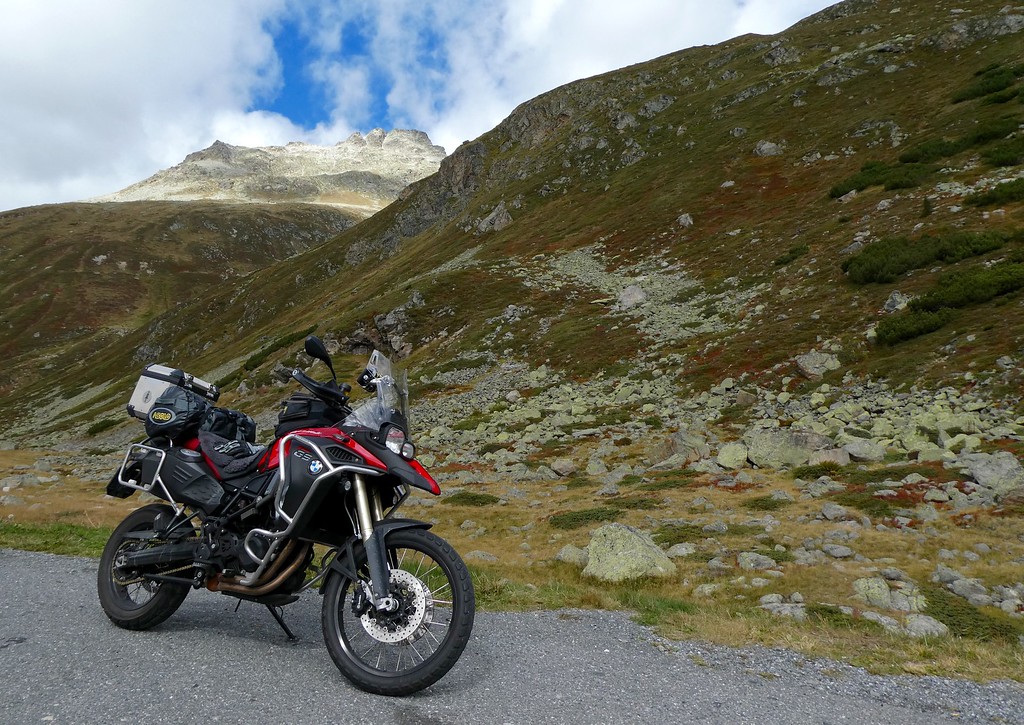 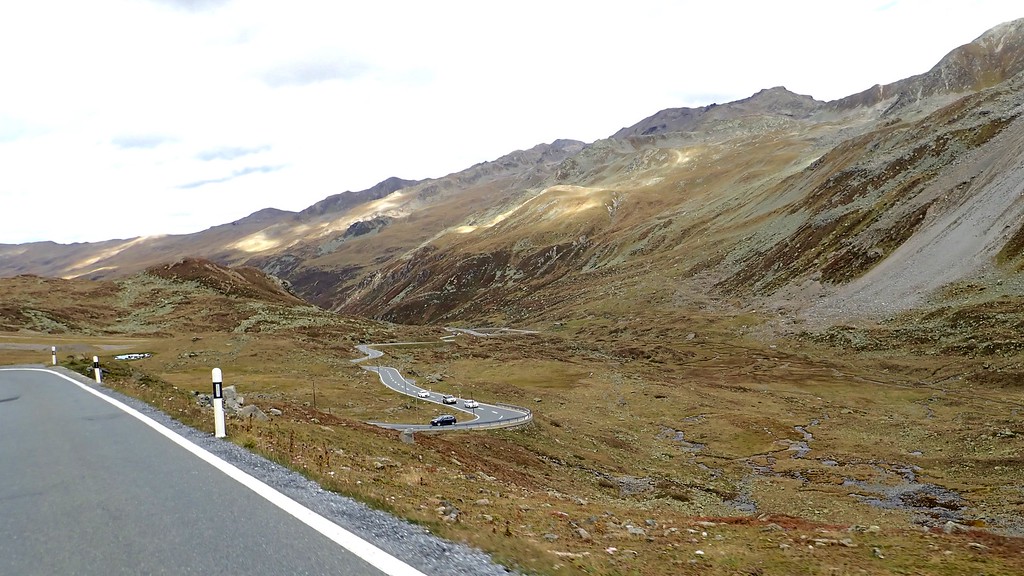 I think they expect a lot of snow up here 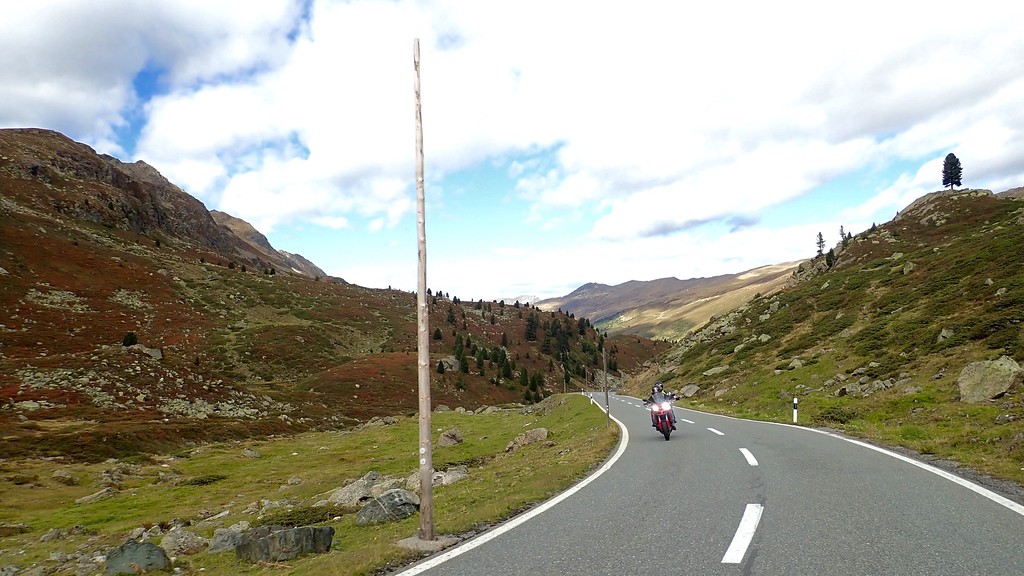 I love alpine slopes in the fall 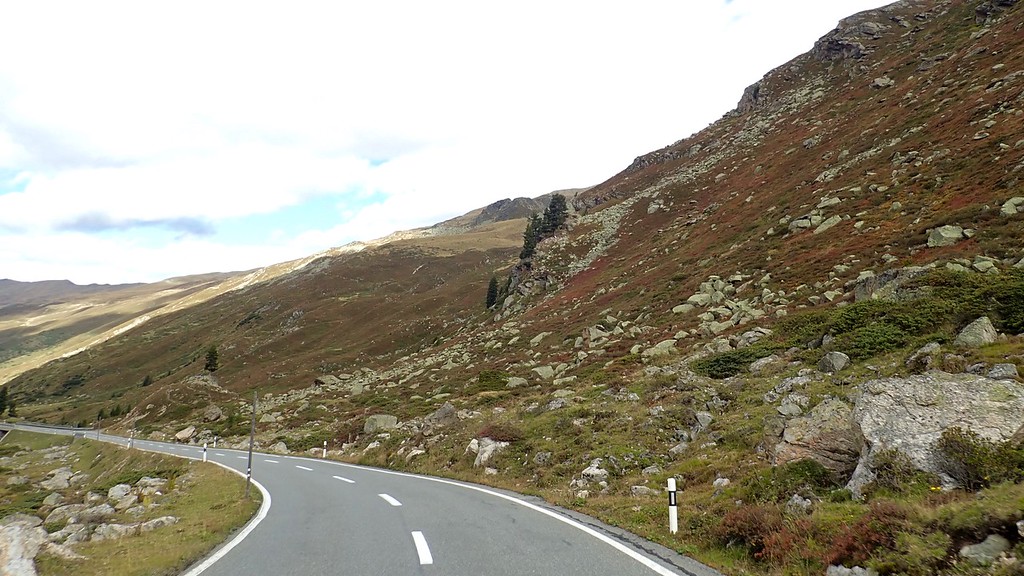 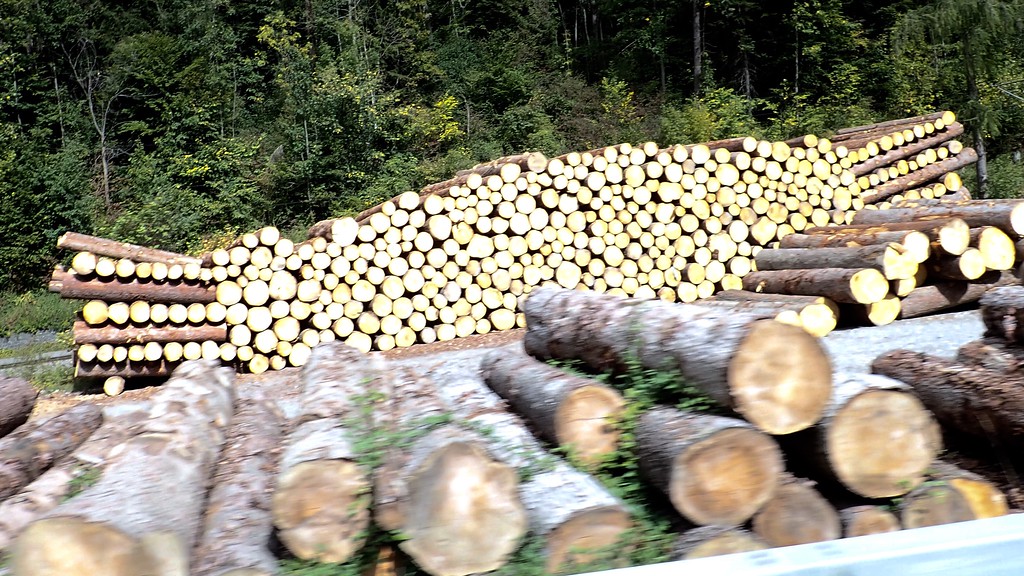 So far I had only retraced my steps from yesterday. Not that this was a bad thing: I love these roads and there were fewer cars on the road with me this morning. But now I was reaching a decision point: I either head north and continue to retrace my route on the motorway through Zürich, or go south and find a couple more passes – and extend my day considerably. I considered the passes that I knew of on the longer, southern route and decided it was worth it. I hadn’t wanted to come home too late tonight, but I certainly didn’t want to waste the opportunity of enjoying the mountain roads while I was here.

It was dull motorway until I got past Chur and then I headed west towards Oberalppass. I knew this pass fairly well and was looking forward to the long, gradual approach. Instead of leaning lightly into corner after corner, I found myself behind slow and inconsiderate traffic. Any time there was the smallest chance of passing, traffic would magically speed up. And knowing that a fast motorcycle might come around the next corner kept me from pushing my luck. I enjoyed the scenery and tried to ignore the rolling roadblocks in front of me.

I watched this guy’s bumper for a loooong time 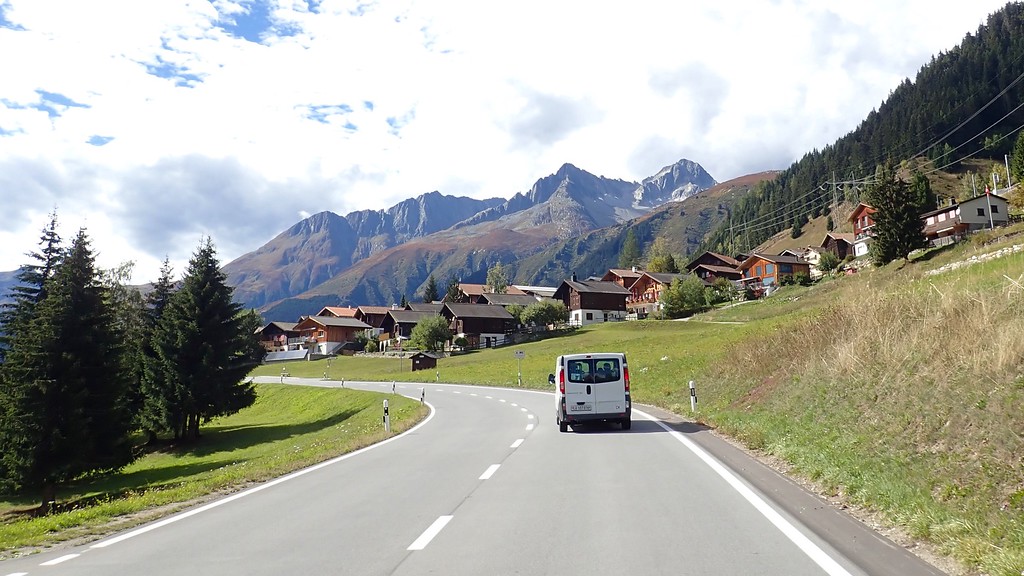 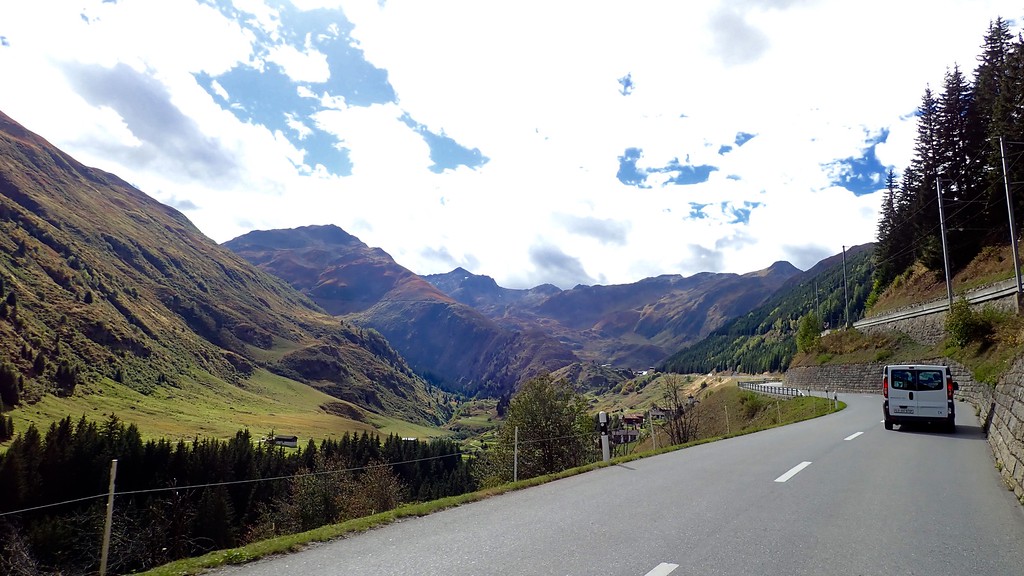 Finally got past him! 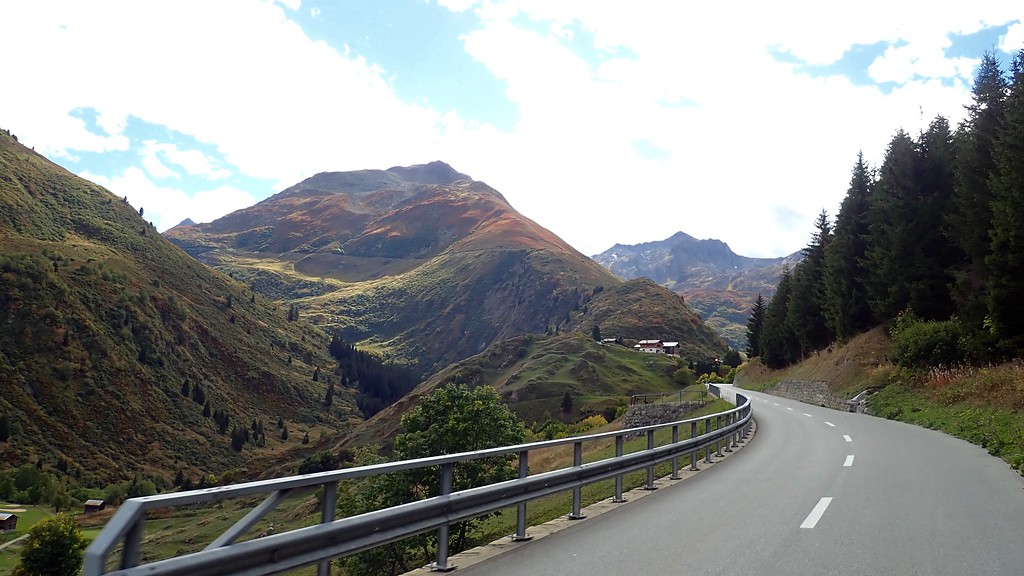 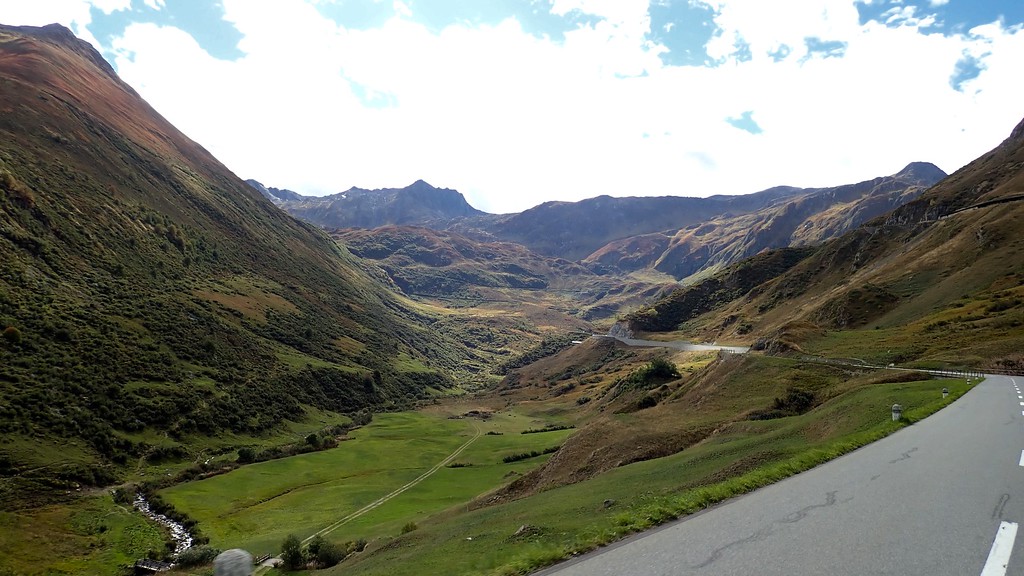 I crossed over Oberalp Pass but didn’t stop. I was on my way to Andermatt where I had to make another decision: drop down Göschenen Pass and take the motorway home via Lucerne? Or keep on going over Sustenpass (my favorite!) and make my way home from there? I looked at the time, considered the amount of traffic I was already dealing with, and my reluctance to make it a long day. I’d head down Göschenen.

Coming down towards Andermatt 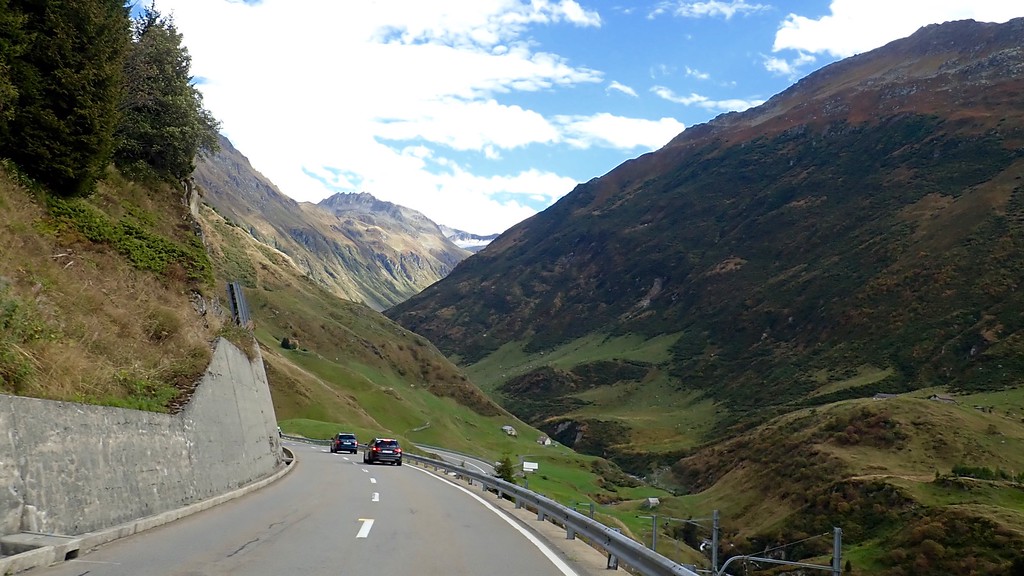 I love the infrastructure of this area! 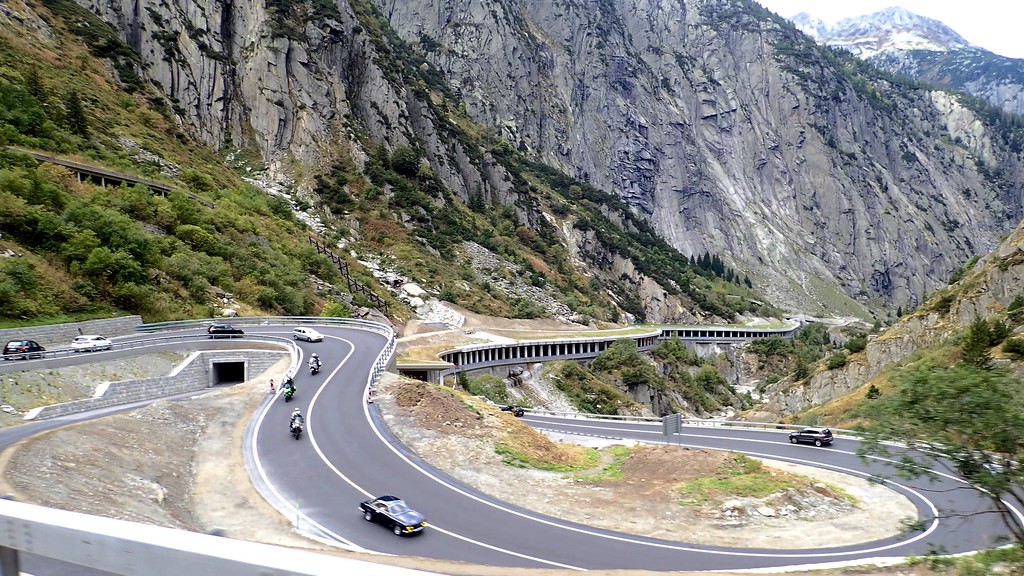 Traffic was so bad coming down Göschenen that I had more than the usual time to take photos as I crawled along. It was actually the “perfect” pace: not too fast that I couldn’t take the photos, but not too slow so I had to be cautious of the car in front of me getting too close. Hey – got to be optimistic about things, right? 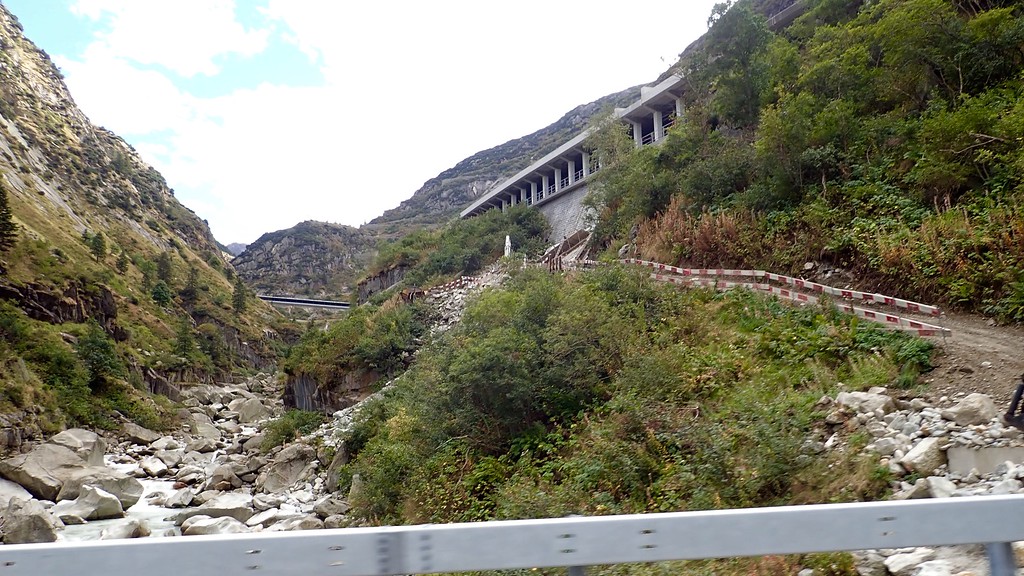 From here on out it would be motorways all the way home. The one thing I really do appreciate about motorways is that there is a second lane so I can pass slower people. Not that I speed (much), but I hate to be trapped behind someone else. And at least the motorways around here aren’t boring. 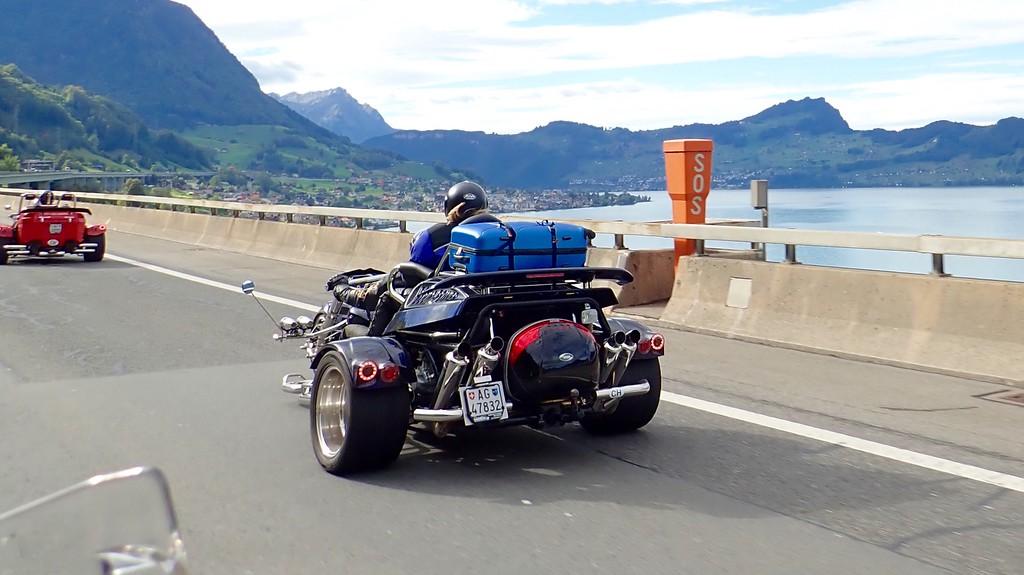 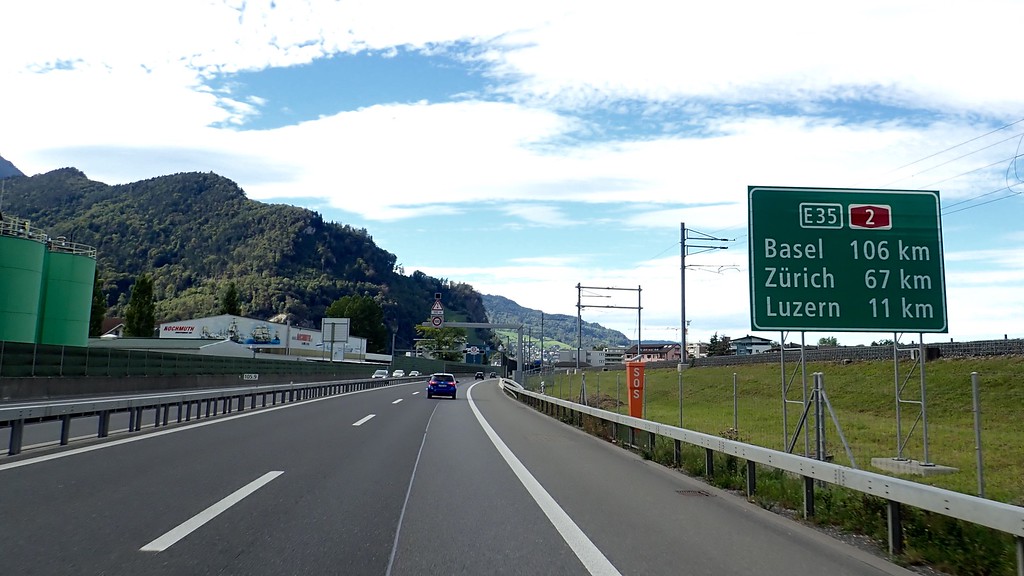 And that was my random weekend in Graübunden, bookended by a couple of a nice days on the motorcycle.