The canton of Graubünden had been showing ads on my Facebook feed for weeks: they were inviting people who live in Basel (and Baselland) to come during the month of September and receive special deals on hotels, mountain transport and meals. Dan and I had been pretty busy, but I found an “empty” weekend and started making plans to take advantage of this unique offer.

I reserved our hotel room from the list of participating businesses, not knowing much about the hotel nor the area. That was partially on purpose, as I chose a region I knew nothing of, and in a very small village. There was no way that I wanted to spend the weekend in Davos or St Moritz. I scouted out some things that were in the area, not quite sure what we’d have time or inclination to do, but pretty much left things to play by ear.

When Saturday morning came, Dan made the announcement that he was not up for riding that day. He knew however, that I wanted to ride, and he said that he’d just take the train there and meet me at the hotel. I love this guy… I put on my gear, packed up my bike and headed east.

Dan told me to take my time, but I still stuck to the motorways until I got past Zürich, and even then I stuck to the main roads as I passed by Walensee and Landquart. The roads were fast and the traffic was moving well enough. Between Landquart and Davos, the roads got more interesting, but also slower. There was a surprising amount of vehicles on the road with me and it was frustrating not to be able to fully enjoy the mountain roads. 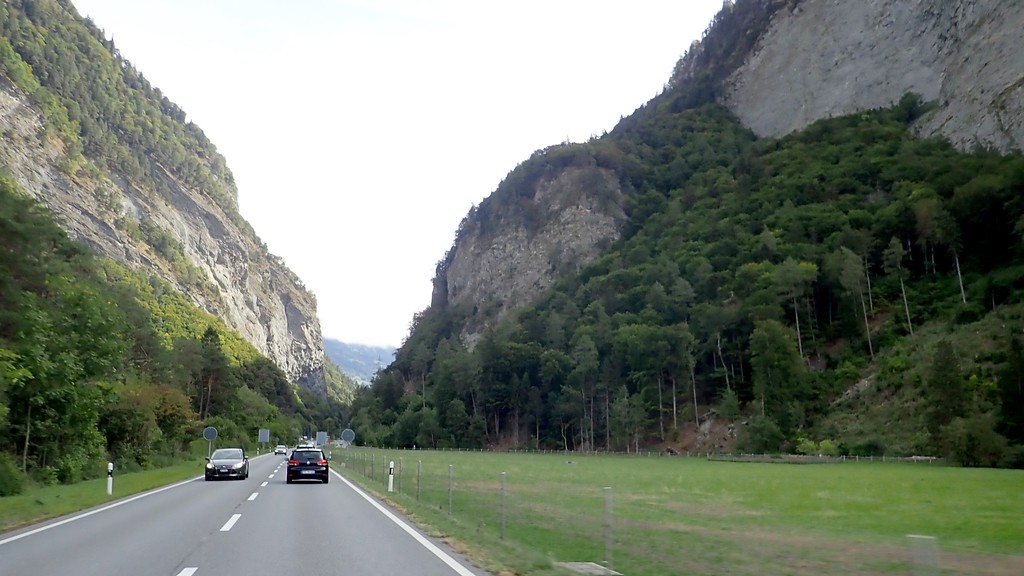 The weather was good. It was a little on the cool side, but I would take a cool riding day over the heat that we had this summer any time. The clouds were low, which was a little disappointing as I really wanted to see some mountain peaks today.

Just for a little bit, I took the secondary roads, even though they were mostly in sight of each other

Side roads lead to interesting discoveries

Blue skies peaking out as I near Davos

At Klosters, I had the option of taking the train through the mountain, or riding the roads over the mountain. There was, of course, no question of which route I’d take. Unfortunately the mountain road was full of construction, each stretched marked by a traffic light on a timer. It got a little tedious, waiting for the light to turn green and then being stuck in the traffic that had built up.

But the views were worth it…

Heading up Flüela Pass – with half of the population of Switzerland, it seemed

At the top of Flüela Pass I pulled over to get some better photos. Silly me also dropped my bike there. The slope was a bit more than I had realized and my bike toppled over. It had been a long time since I’ve dropped my bike and I considered the best way of righting it. But before I could get too much further in my struggles, someone came up behind me and offered to help. Thank you, kind stranger! I was also too embarrassed to point the camera at my bike at this point, too, so you’ll have to use your imagination. 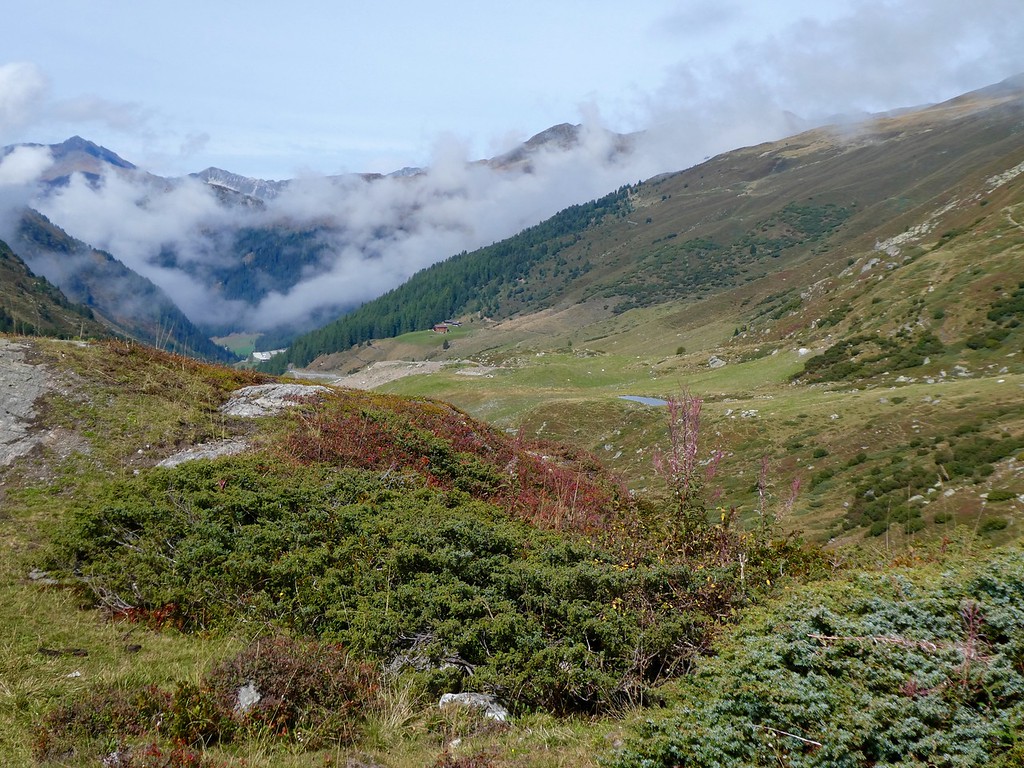 Heading down the other side of the pass 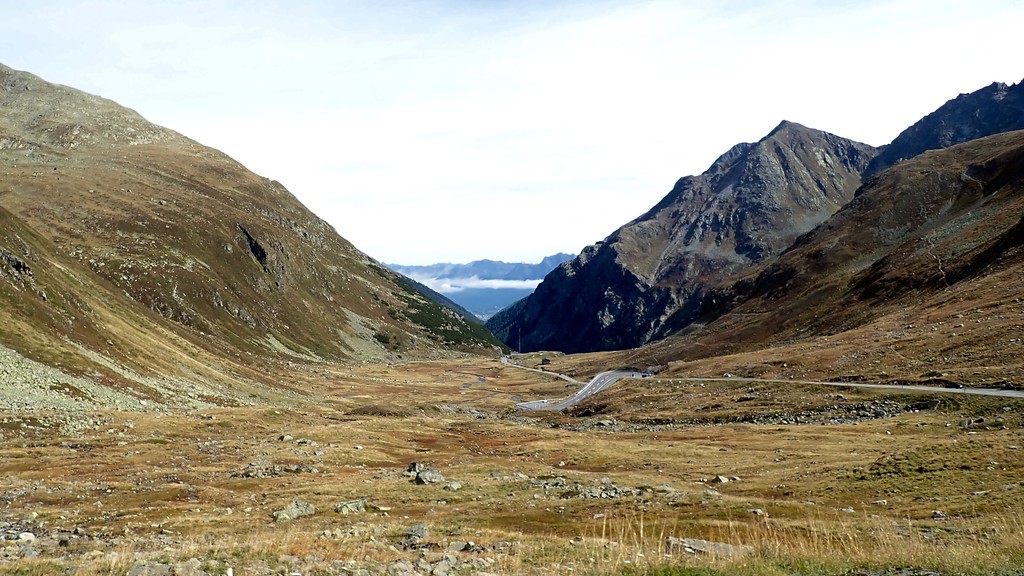 The town of Susch on the Inn River

Following the Inn River – will eventually lead to Innsbruck 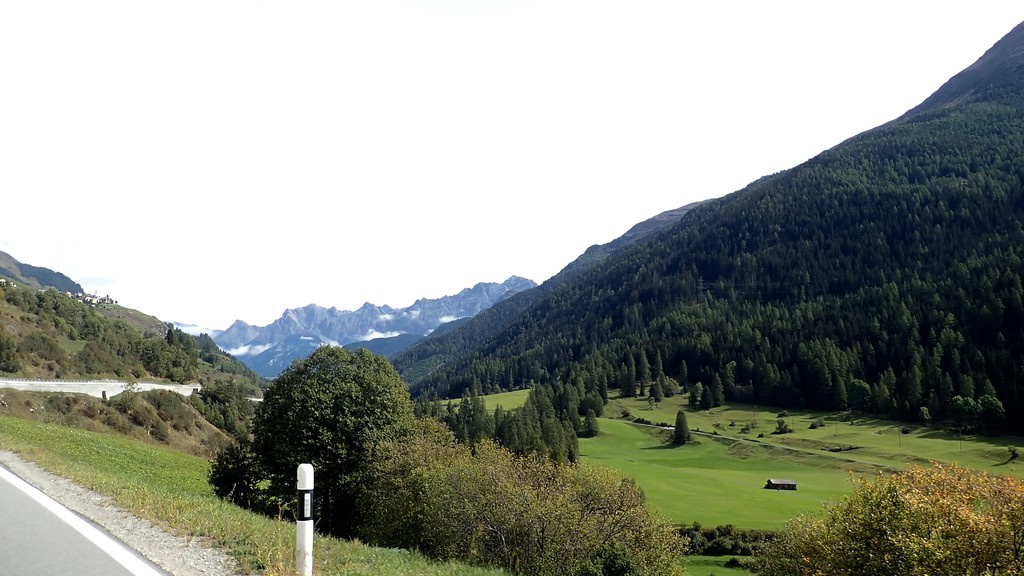 The village of Ardez 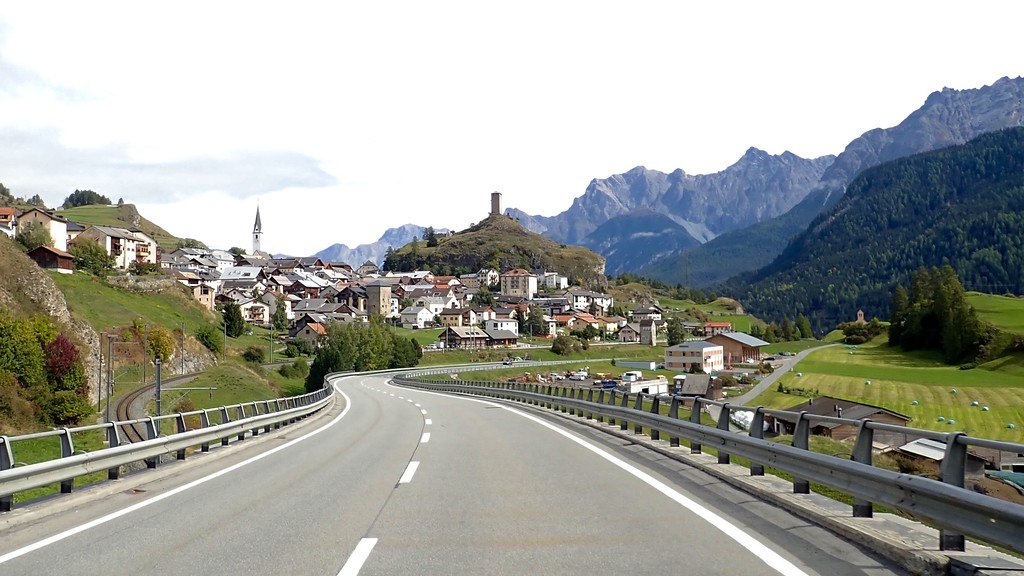 Just after Ardez and before Scuol, I took a turn off the main road and meandered up, around and up some more. The lower portion of Tarasp consists of about two dozen buildings, but that wasn’t where I was going: I was going to Tarasp Schloss – or at least the village at its base.

I’ll start a new page, as I don’t want to overdo it on photos 🙂