Two hikes, combined into one page

Dan and I took advantage of the quiet workplace that comes along when a holiday falls in the middle of the week to hike in an area that we haven’t spent much time in. Of course, one of the reasons for choosing this area was that the narrow gorge would be cooler than most other places in Switzerland (without actually going into the Alps).

It was a short train ride there and then we were at the start of the eleven kilometer trail. Time to explore the depths of the Areuse!

Looking back at the train station at Noiraigue 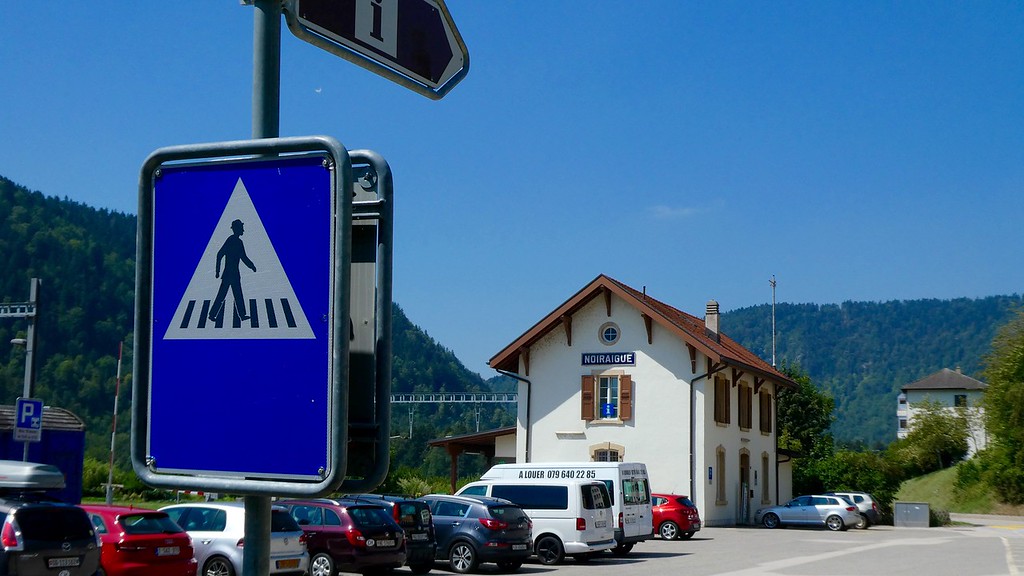 The beginning of the trail

One of many bridges across the river 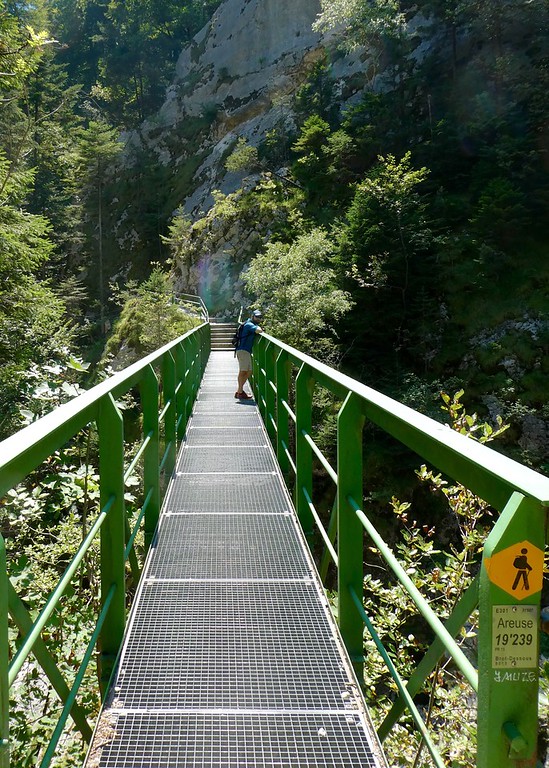 The trail soon became narrow and more interesting – and in the shade. 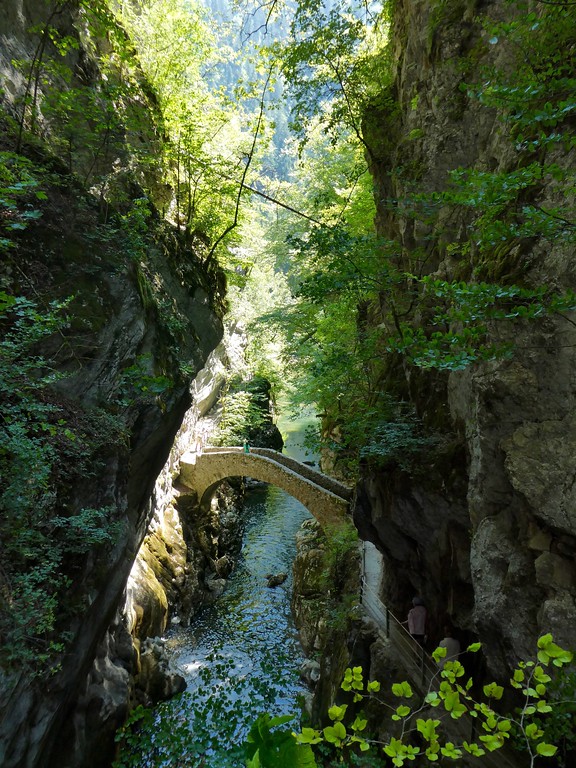 Down to the bridge 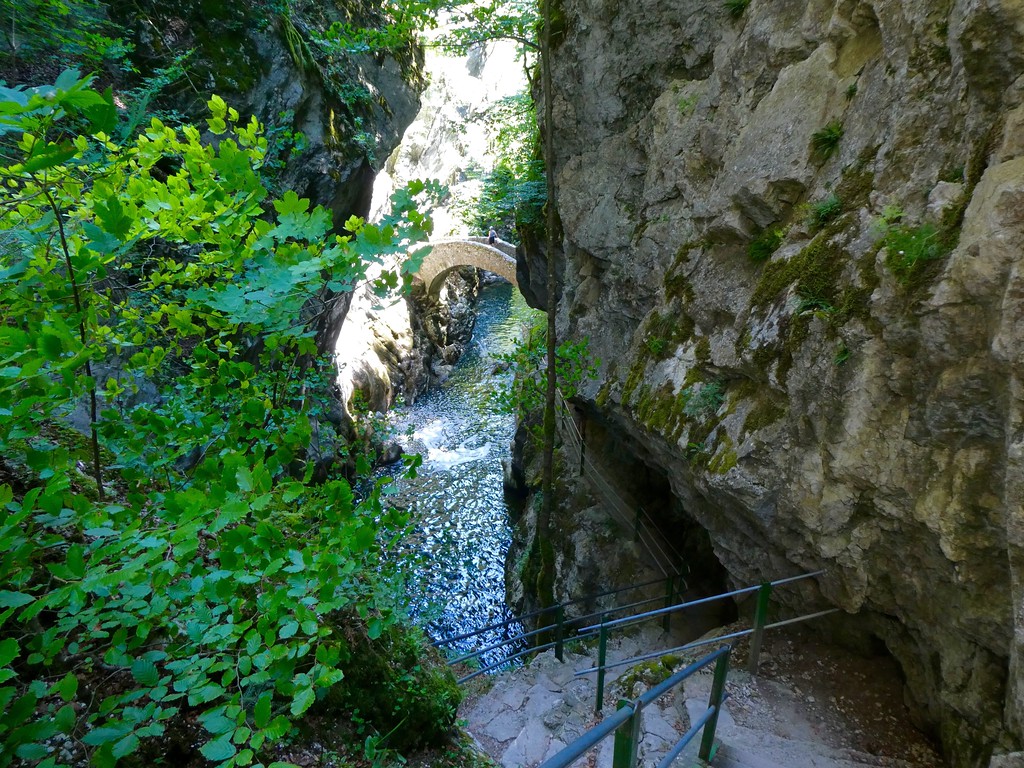 The trail periodically resurfaced out of the shade, usually near a large hydroplant. Near one such plant I was able to refill my water bottle from this cute little frog fountain.

Back into the trees

The trail cut through the rock

One of the older hydroplants along the way 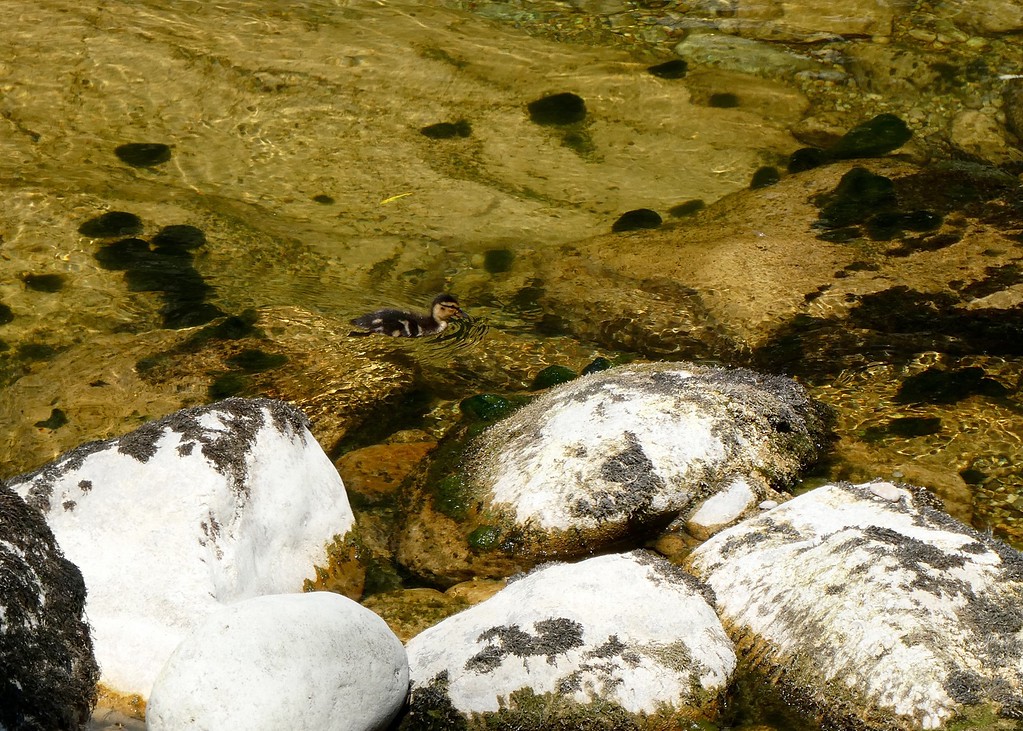 The trail wasn’t always interesting – and the sun was hot!

Enjoying the cool of the river 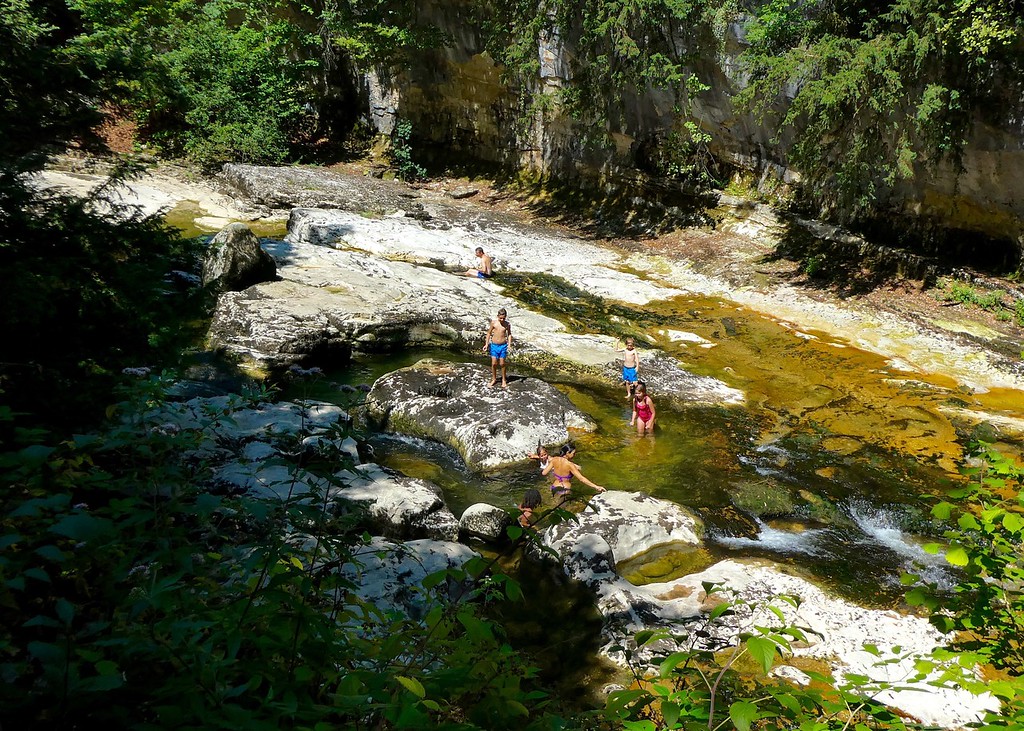 Getting back into the gorge 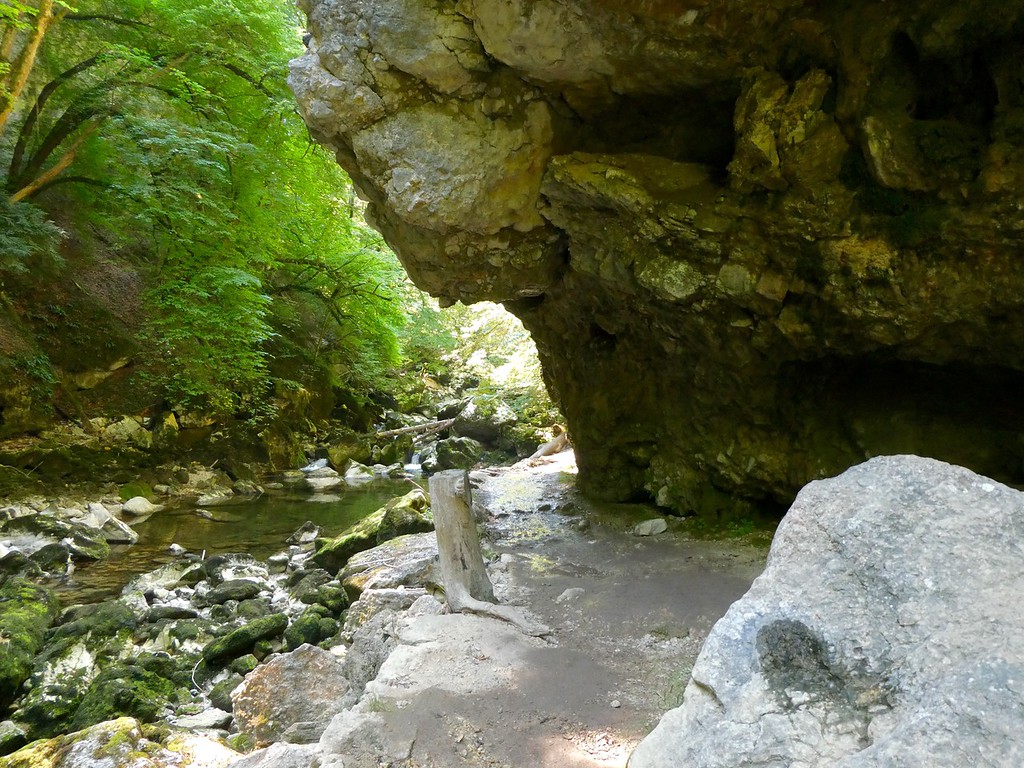 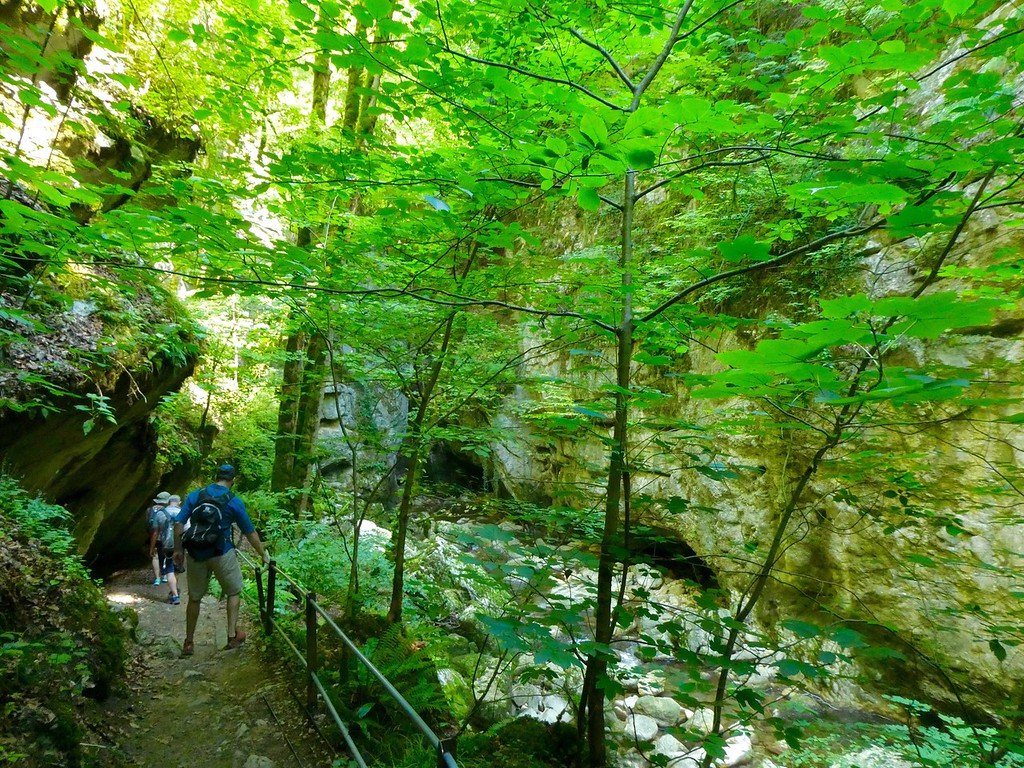 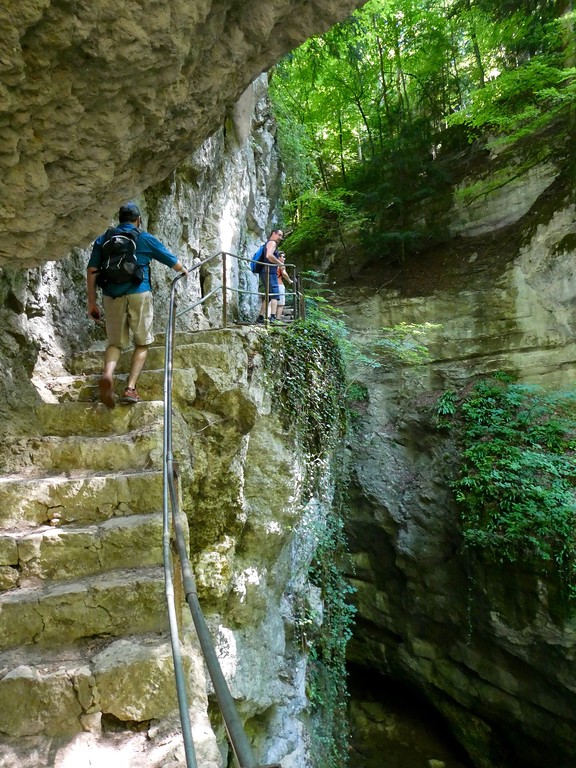 Looking down into a narrow slot 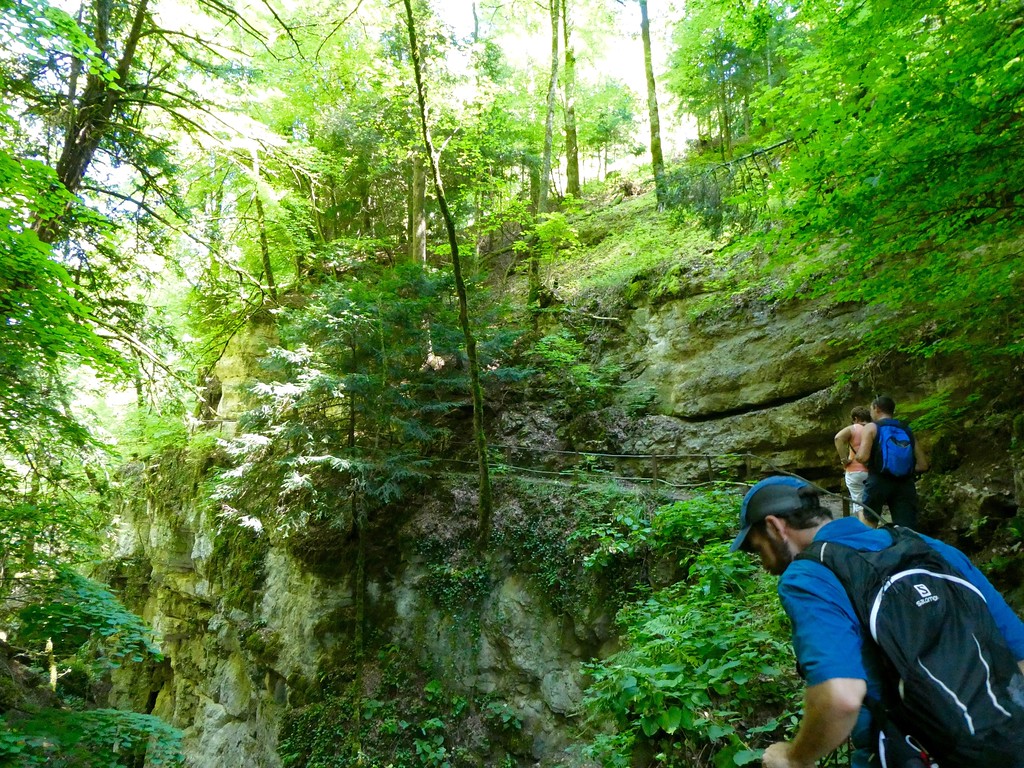 We had finished the trail in Boudry, as most websites had suggested. From there is was a relatively short walk to the train station, followed by a very hot train ride home. It had been a good attempt to get out of the heat and it was, admittedly, much cooler than the city we returned to.

The next week, my cousin and his wife flew to Switzerland to visit for a few days. I knew that they would be spending some time in the Alps but they wanted to see the different faces of the country. I knew exactly where to take them: Gorges de l’Areuse!

The weather was cooler and the placed hadn’t changed much over the last seven days. Still, I took a few more pictures of scenes I hadn’t captured last week. 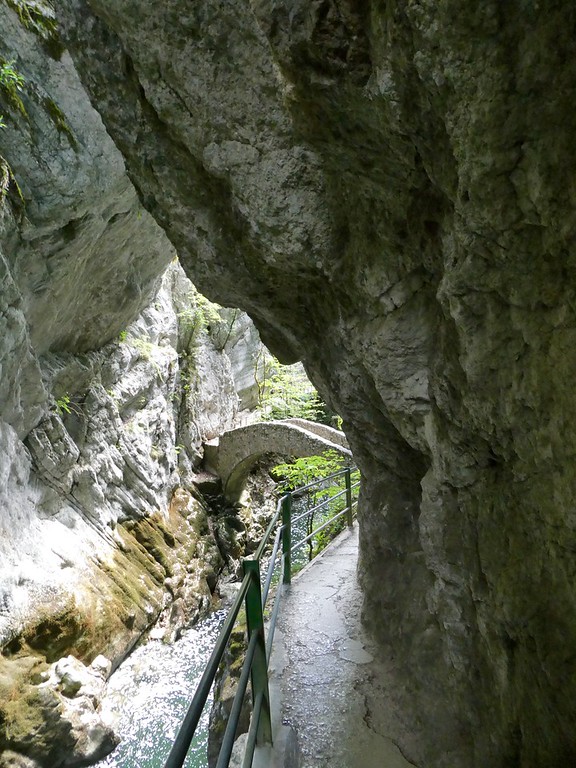 Cousins on the bridge

Trading the duckling for a heron 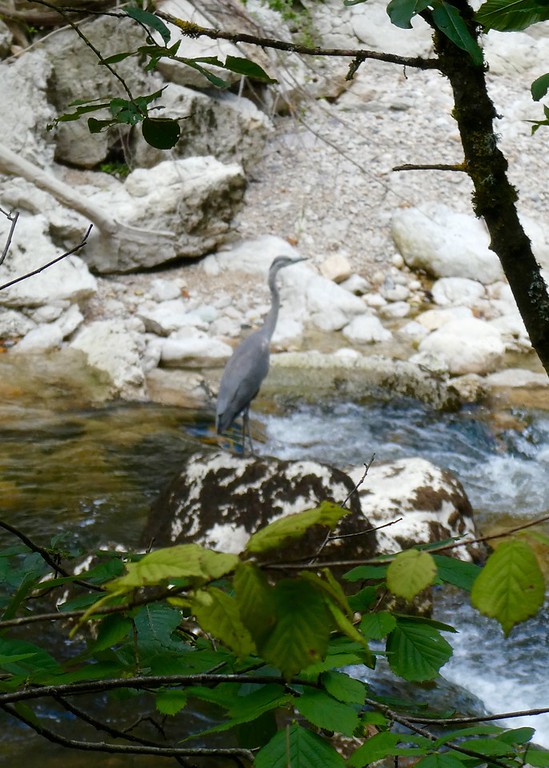 Our picnic spot on the river 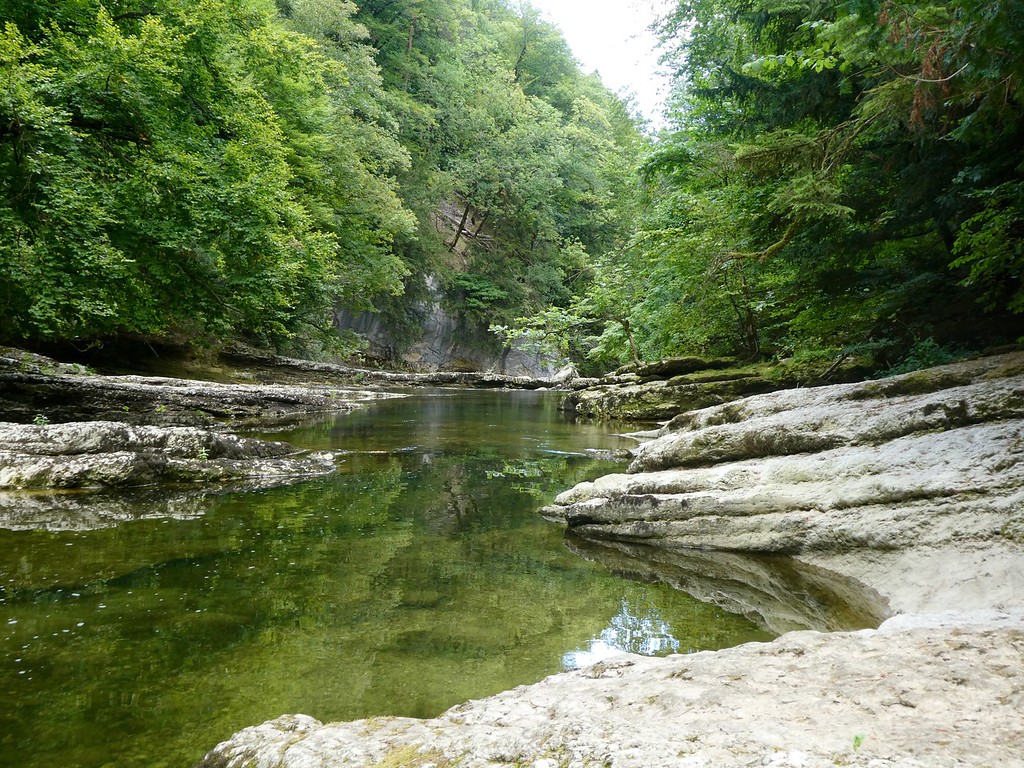 Despite it being the same trail, it was an entirely different hike this time around. But both of them were beautiful.